This went exactly as expected, but better than expected, too. Manchester City won, as was widely predicted, but Villa were not embarrassed or swept aside, which was not.

The last team to play City in a cup final, Watford, went down by six; the last time Villa reached a domestic cup final, against Arsenal in 2015, they lost by four.

Fears surrounded a similar outcome. Bookmakers had City the same price to win by seven as Villa were to win by one. So in the circumstances, a single goal losing margin didn’t seem to carry the same pain of cup final defeat for the vanquished claret end. They cheered and lauded their players at the conclusion almost as if they were victors. 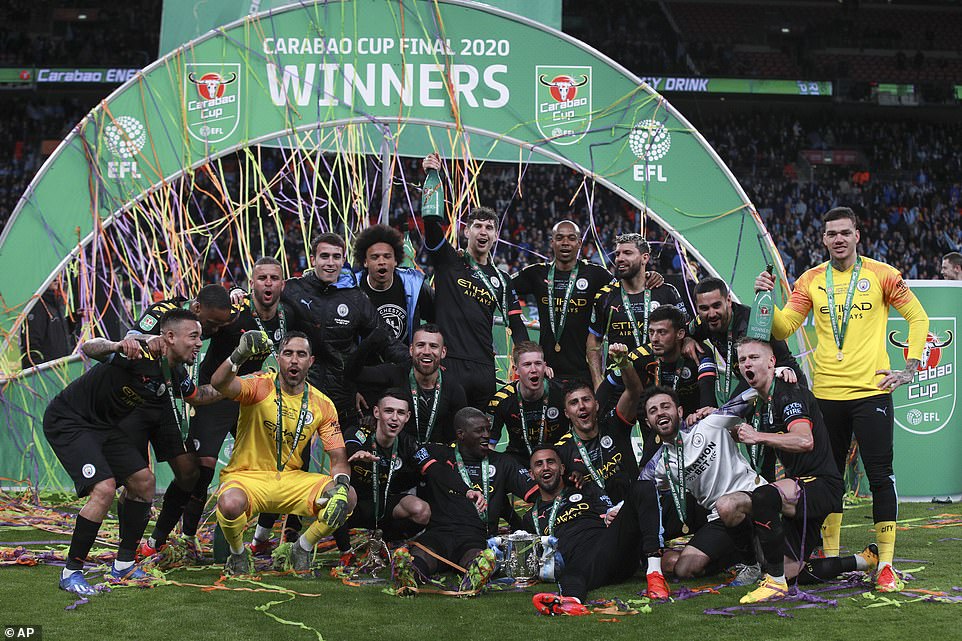 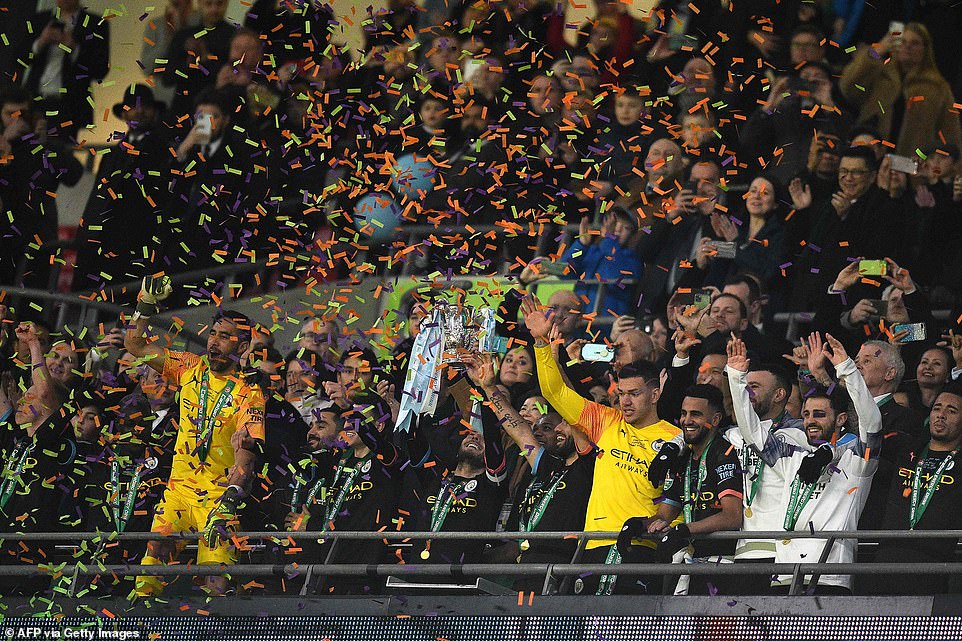 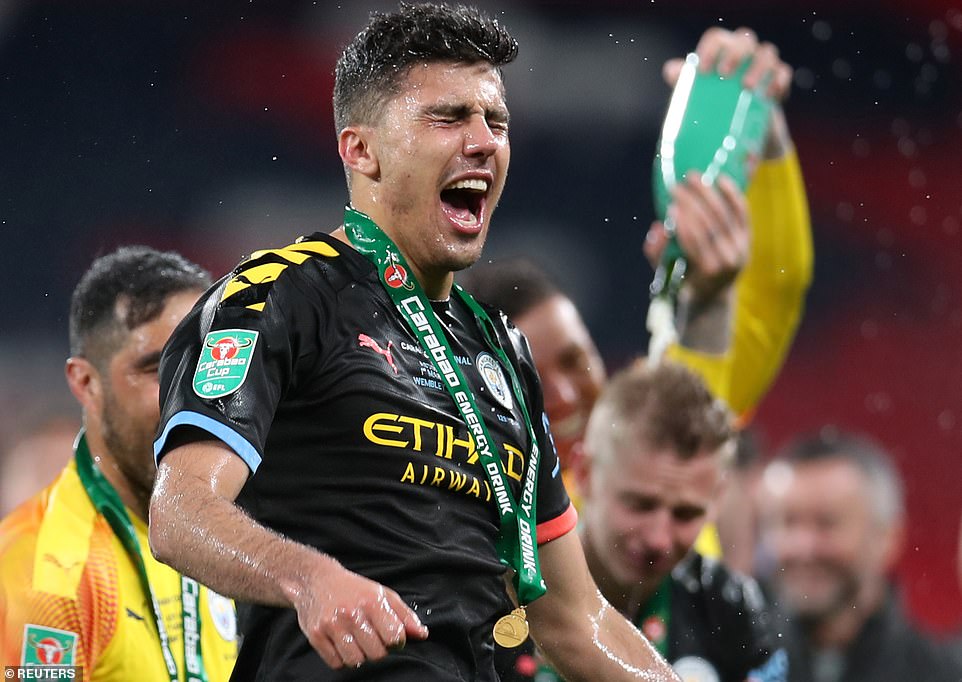 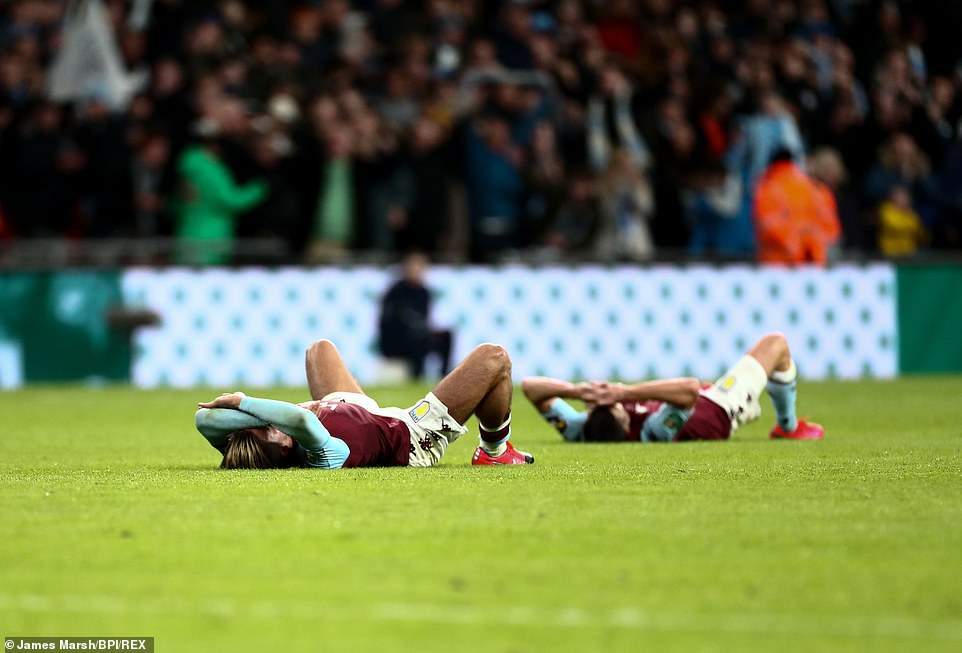 Maybe this is a sorry indictment of the growing gulf in English football; maybe it was just sheer relief. Certainly, when City went two goals clear after 30 minutes, the gloomy silence from Villa’s fans suggested fear. They hadn’t trailed in this competition all season. Yet would they, like Watford, be taken apart on a global stage?

What saved them was not some tactical masterstroke, or spirited revival. It was a mishap, a misstep, the sort of random event that too often befalls John Stones, which is why whatever the future holds for Manchester City this summer, a defensive upgrade has to be a priority.

They cannot continue like this, dominating games yet always vulnerable to the most random factors, such as Stones’ inexplicable fall minutes before half-time. It is hard to convey just how comfortable City were at that moment.

They were two goals clear with Aston Villa reduced to ever more desperate interventions at the back. One saw Bjorn Engels throw himself into the sort of manic block that John Terry used to make – no surprise given he is now Villa’s coach. Yet somehow, from a point where the only question seemed to be ‘how many?’, Stones undermined that supremacy and allowed Villa to go into the second-half a goal behind, and reinvigorated by this unlikely turn of events.

Stones fell. It can happen to anyone, but it is astonishing how often it happens to him, these little accidents. He was tracking a through ball, one eye on Anwar El Ghazi, another on Mbwana Samatta, and just seemed to trip over his own feet and collapse in a heap. El Ghazi sprinted through, suddenly unchallenged, and hit a lovely cross which Samatta converted with a powerful diving header. Very impressive – and suddenly Villa were back in it.

They shouldn’t have been. After a bright start which saw El Ghazi head narrowly over from an Ahmed Elmohamady centre, the game had settled into a familiar pattern: Villa defending in deep banks, City probing artfully around them. Sergio Aguero had a header from an Ilkay Gundogan cross go wide after nine minutes and then, with 20 gone, City struck.

It was another goal that showcased the vision of Phil Foden, crowned a thoroughly deserved man of the match. He was causing Matt Targett all manner of problems on the right, and Rodri picked him out with a sweet diagonal ball. Most players of his age would have tried to hit an area, central around the six yard box, where Villa’s defences were massed. 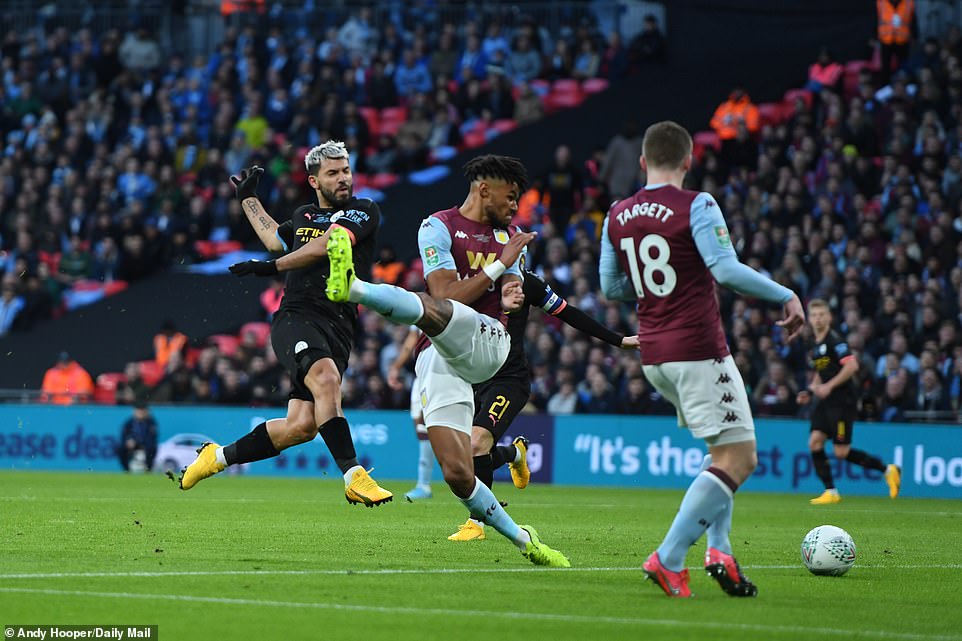 Sergio Aguero opens the scoring for Manchester City after 20 minutes, slotting the ball into the bottom-corner 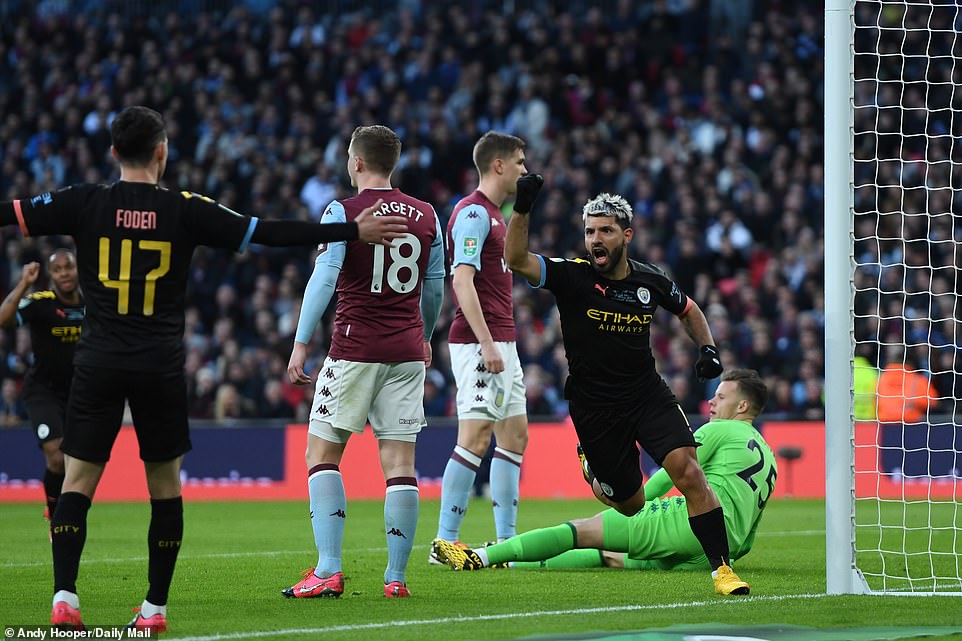 Aguero was assisted by Phil Foden, who found the Argentine in the box with a accurate header back across the face of goal 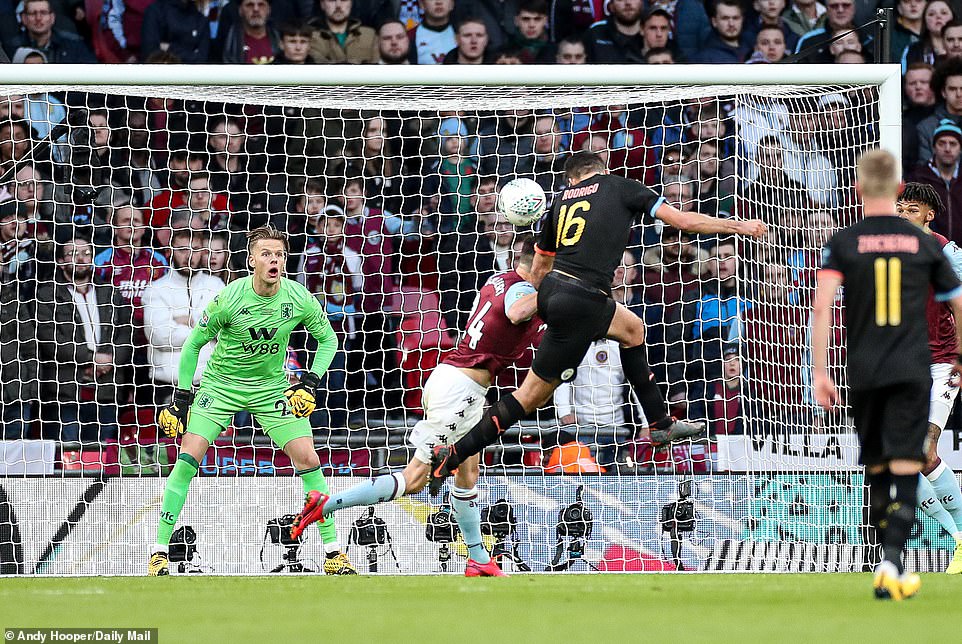 Foden is better than that, though; sharper, smarter, old beyond his years. He could see Aguero arriving and sent the ball back to him with a beautifully weighted header. City’s talismanic striker needs no better offer than that, and finished smartly past goalkeeper Orjan Nyland.

Foden could have added to the total with a curling shot on 27 minutes, picked out cross field again, this time by Oleksandr Zinchenko. And then City scored their second, with a straightforward set piece that seemed to catch Villa half asleep – no doubt to the fury of Terry, and others, on the Villa bench.

Gundogan whipped it in from the right, Rodri met it with little opposition. Getting outplayed by City is no sin, but the very least Villa manager Dean Smith could have hoped for was that his team would compete, would jump.

Foden was involved again in the 36th minute when he again cut the ball back for Raheem Sterling, whose shot was blocked on its way to goal by Tyrone Mings. The young man had a fierce shot flash across the face of the target shortly after half-time, too.

Then, after 57 minutes, Pep Guardiola decided to pay Villa his biggest compliment, introducing Kevin De Bruyne from the substitutes bench, although one of his first touches involved stepping on the ball, slipping, and almost letting Villa in on the counter attack. Maybe it’s catching. 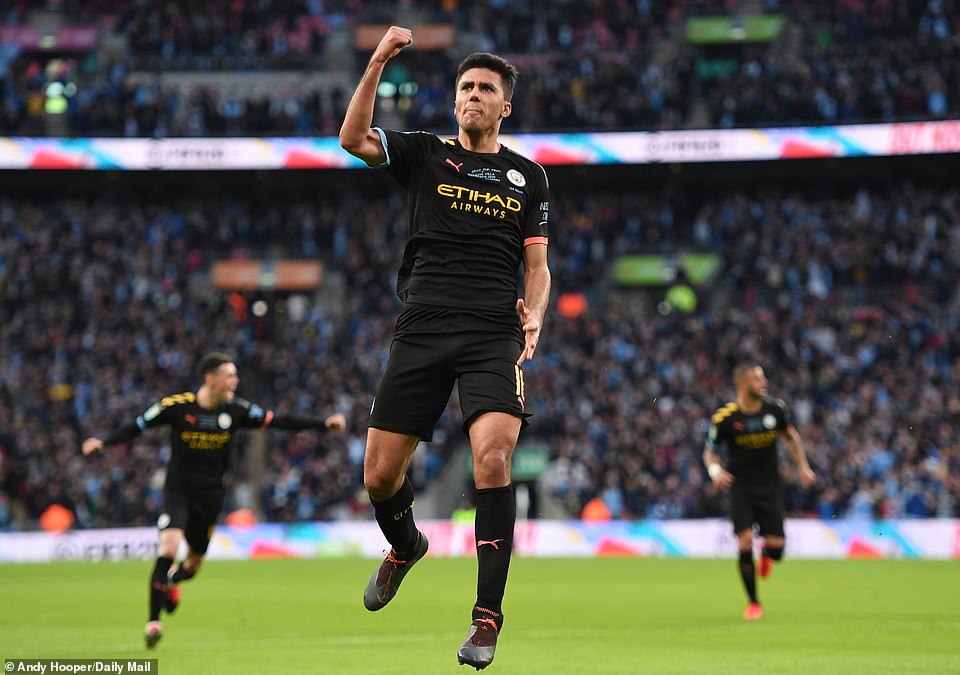 The Spanish international celebrates his goal, after capitalising from a corner which shouldn’t have been awarded 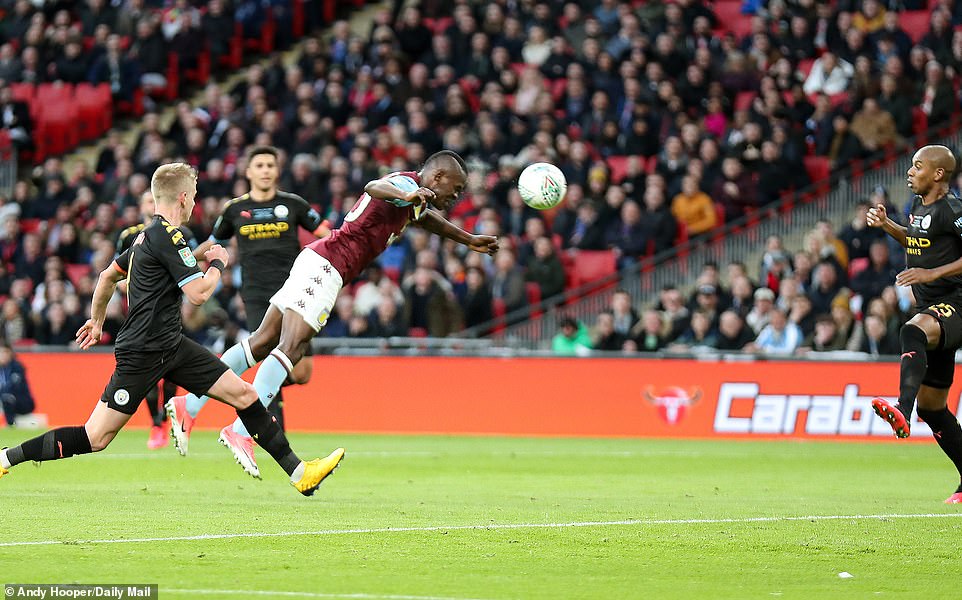 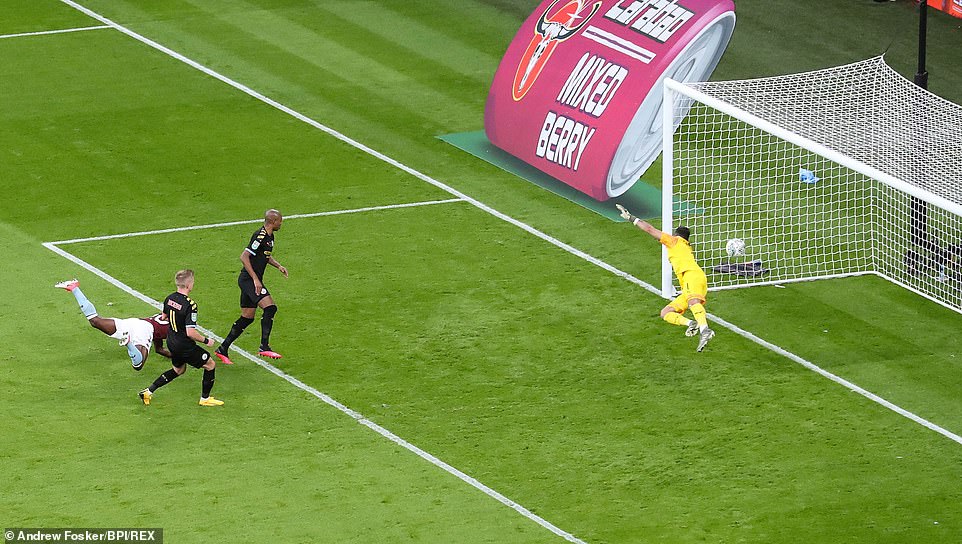 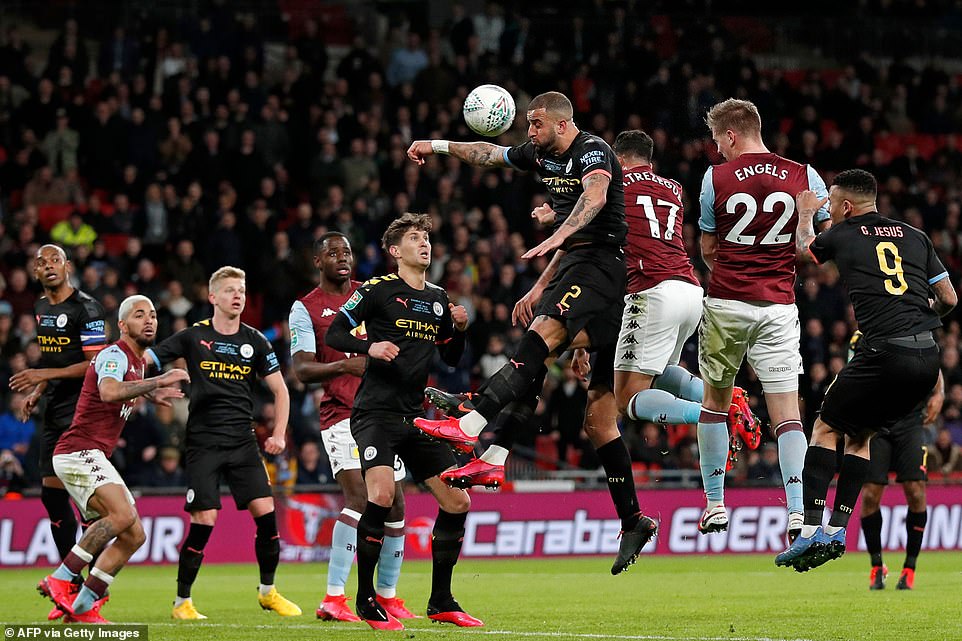 Yet it would be wrong to suggest the second-half saw the teams slug it out. That 45 minutes followed the same pattern as the first, City in possession, Villa in retreat. Aguero took a fearful battering and Marvellous Nakamba was lucky to stay on the field.

His tackle on the Argentinian was reckless, two-footed and lacking control. It was more miraculous than marvellous that he was able to continue, and all that saved Nakamba from a red was that his studs were not up and he did not go over the ball. Aguero was lucky, though.

Not so much the next time. A quite exquisite move ended with Bernardo Silva crossing for Aguero to meet the ball with a far post volley. It hit the side-netting – one of those optical illusions that fools half the stadium to the delight of the other half – but Aguero also rattled his knee against the attempted block.

It was an accident, but he left the field hobbling and bleeding to several crass attempts to quicken his exit from referee Lee Mason and some Villa players.

Yet as injury time approached the lead remained a single goal – and every team has a puncher’s chance from set pieces. So it proved. 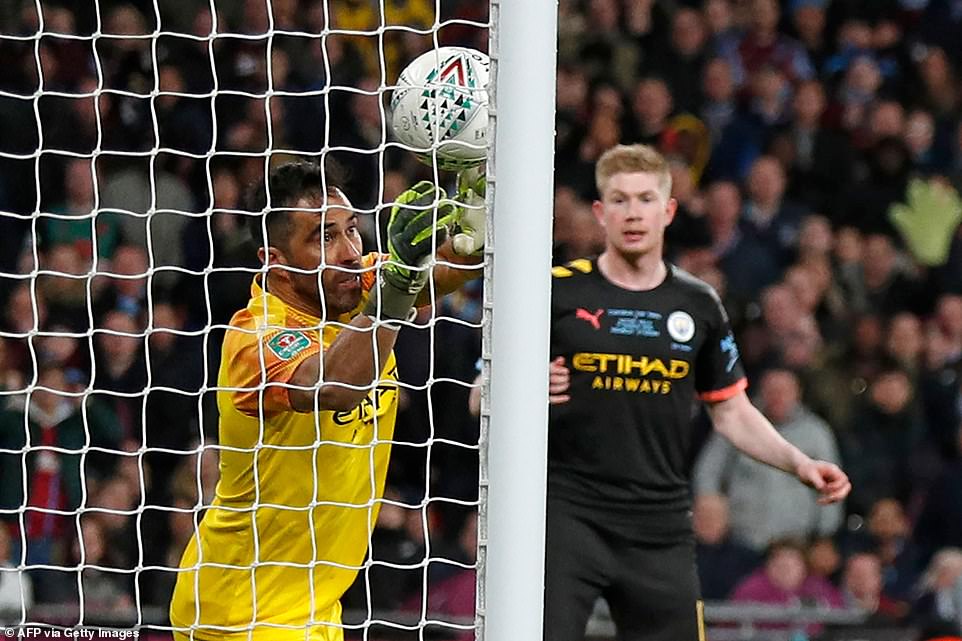 Bravo managed to claw his right hand onto the ball, with the rebound hitting the post and City eventually cleared their lines 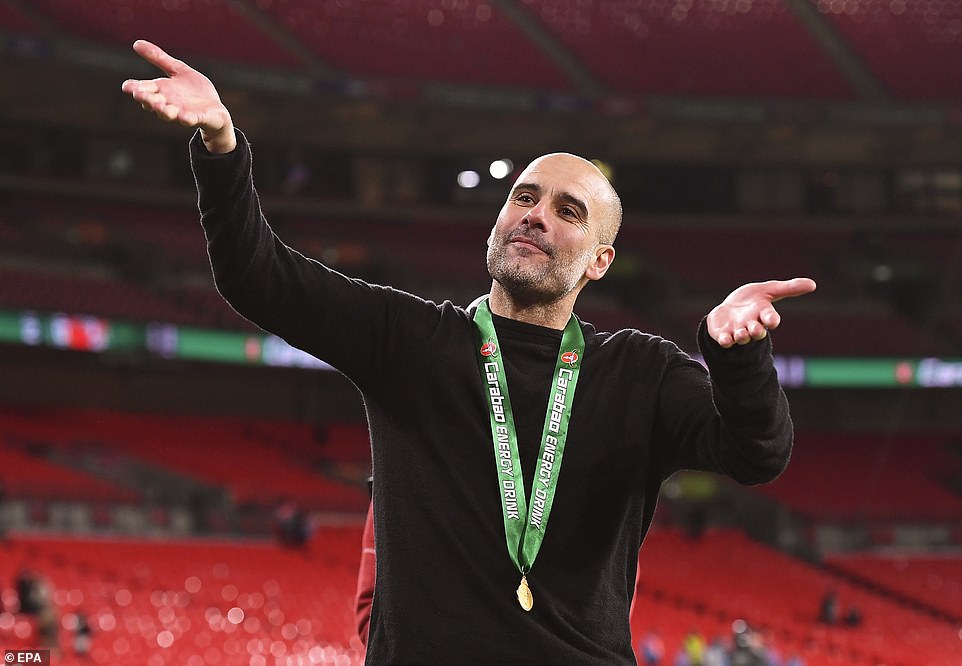 Villa won a corner and, from it, Engels’ header hit the far post. When five minutes of additional time was then called, it was greeted more enthusiastically at the Villa end, than City’s. Indeed, to see City getting 11 behind the ball, and being reduced to hoofed clearances was also a win of sorts, but not one that gets a team a trophy. Villa got to make another climb to collect unwanted medals – their fourth straight losing cup final since 1996.

As for City, a fourth Carabao Cup win next season would equal the record set by Liverpool in 1984, but so much is unknown about the club’s immediate future; football’s too, given one of the topics for the government’s emergency Cobra meeting on Monday is whether large assemblies must be outlawed to prevent the spread of coronavirus.

Maybe the call on that could have been made before more than 82,000 people were allowed to gather for the biggest domestic football match of the year so far. By the time this season is out, stopping Manchester City might be the least of anyone’s worries. 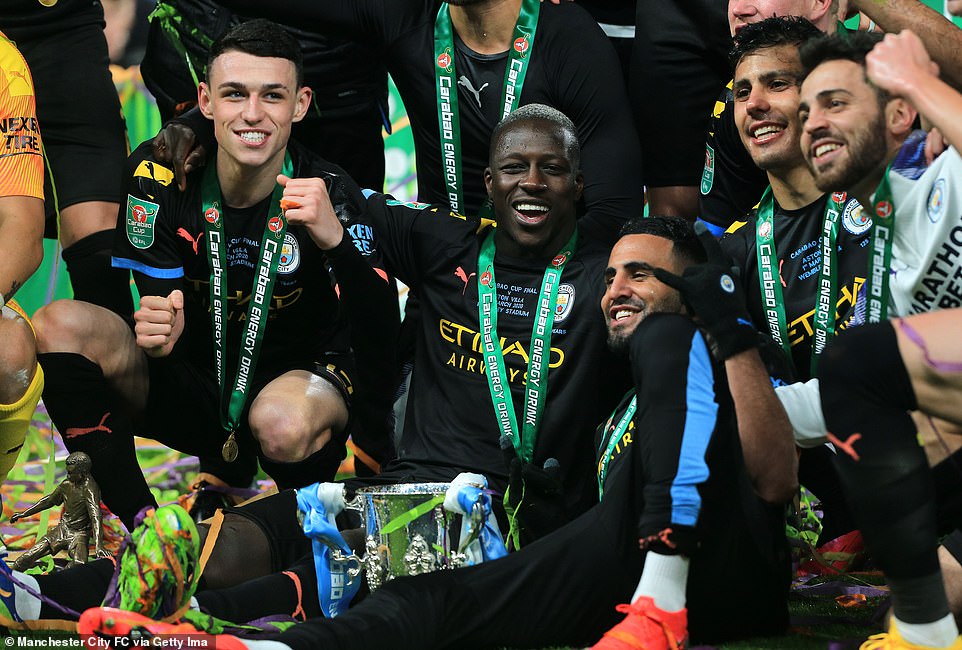 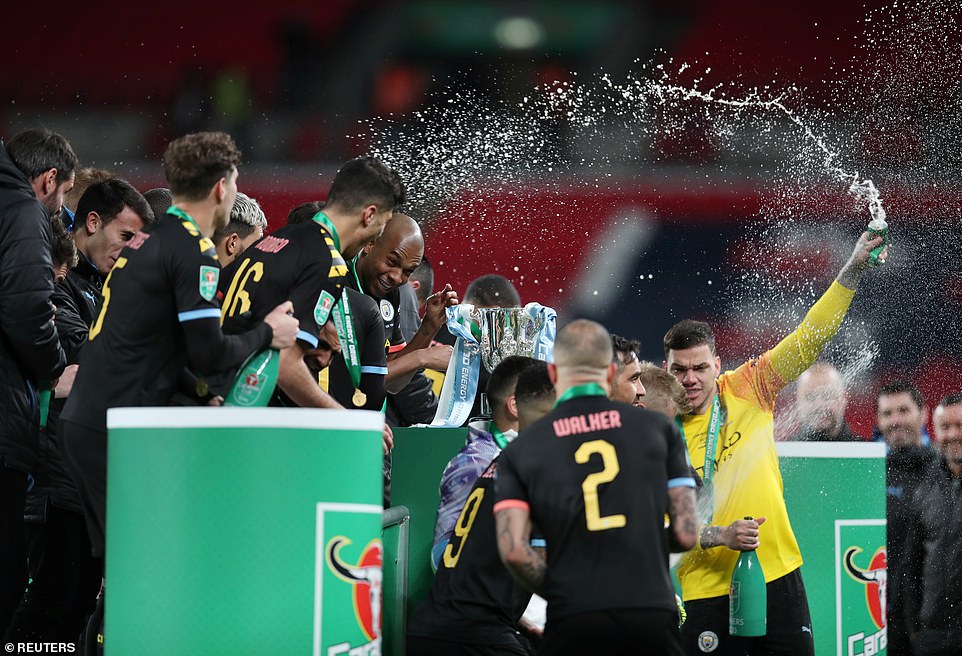