LIVERPOOL star Naby Keita scored a brilliant solo wondergoal from outside the box during Guinea’s Afcon defeat to Zimbabwe.

The midfield ace struck in the 48th minute with his side 2-0 down in Tuesday’s Group B clash. 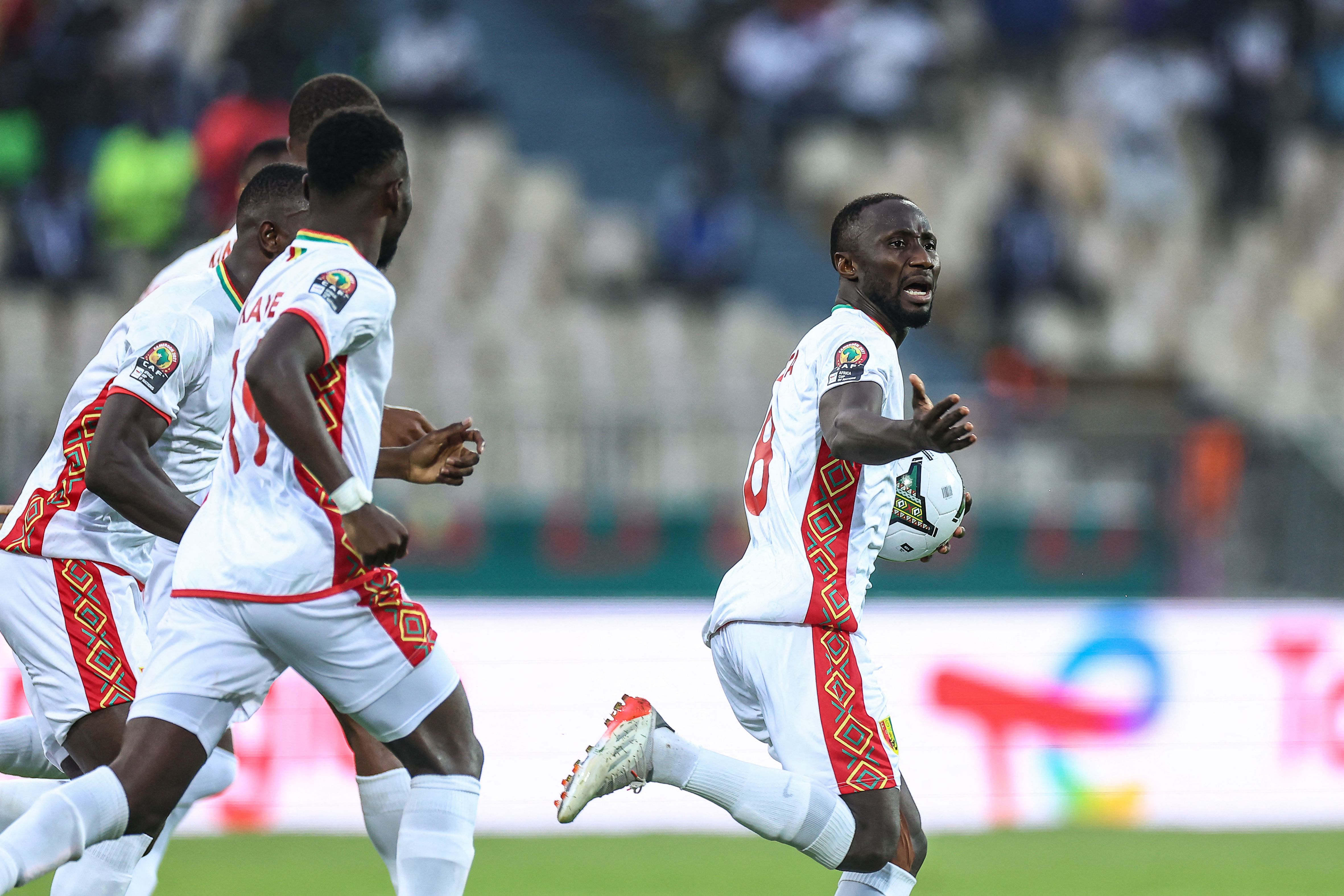 Keita, 26, picked the ball up on the right flank before cutting inside onto his left foot.

The former RB Leipzig man then produced a silky dribble to open up space outside the penalty area.

And Keita completed the move by blasting the ball with his left foot into the top far corner.

The crowd celebrated with sheer joy as Keita gave his team a fighting chance.

But the playmaker snubbed the chance to celebrate himself, instead choosing to sprint for the ball and return it to the half-way line.

Fans were thrilled with Keita’s incredible goal, with one declaring: “Best midfielder in the world.”

Another said: “What a player!”

Despite Keita’s efforts, Guinea could not find an equaliser as the game ended 2-1 to Zimbabwe.

However, with Senegal being held to a 0-0 draw with Malawi, Guinea still qualified from Group B in second place.

Despite having the same points total and goal difference as Malawai, Guinea sealed the spot on head-to-head after beating them 1-0 on Matchday One.

Senegal booked top spot by just one point, while Zimbabwe crashed out bottom of the group despite Tuesday’s win.

Liverpool fans are sure to be keeping a close eye on Keita’s progress, with the star yet to reach his full potential at Anfield.

Keita is in his fourth season with the Reds, but has made just 64 appearances in that time while scoring six goals.

However, Keita has a trophy cabinet to be proud of, having won the Champions League in 2019 before following up a year later with Liverpool’s first-ever Premier League title.