Spoiler alert: things get competitive on the Monday, July 5, episode of The Bachelorette and Wells Adams had a front row seat to Katie Thurston’s suitors throwing down for more time with the season 17 star.

“This season from what I’ve seen so far has been extremely dramatic and tough, I think for the guys and for Katie and, you know, I always like to come into these situations and do the silly, fun dates,” the Bachelor in Paradise star, 37, exclusively told Us Weekly ahead of Monday’s episode about hosting a group date. “So that’s what we’re going for in the Bachelorette Bash Ball Battle. Now, if it turns out differently, I can’t help that, but I’m gonna wear some stupidly short shorts. I’m going to look like a 1970s PE teacher. I’m going to announce this crazy game as if I am Jim Nance, even though I’m not, and we’re gonna make these guys dress up like idiots and run around on a field, and it’s going to be hilarious.” 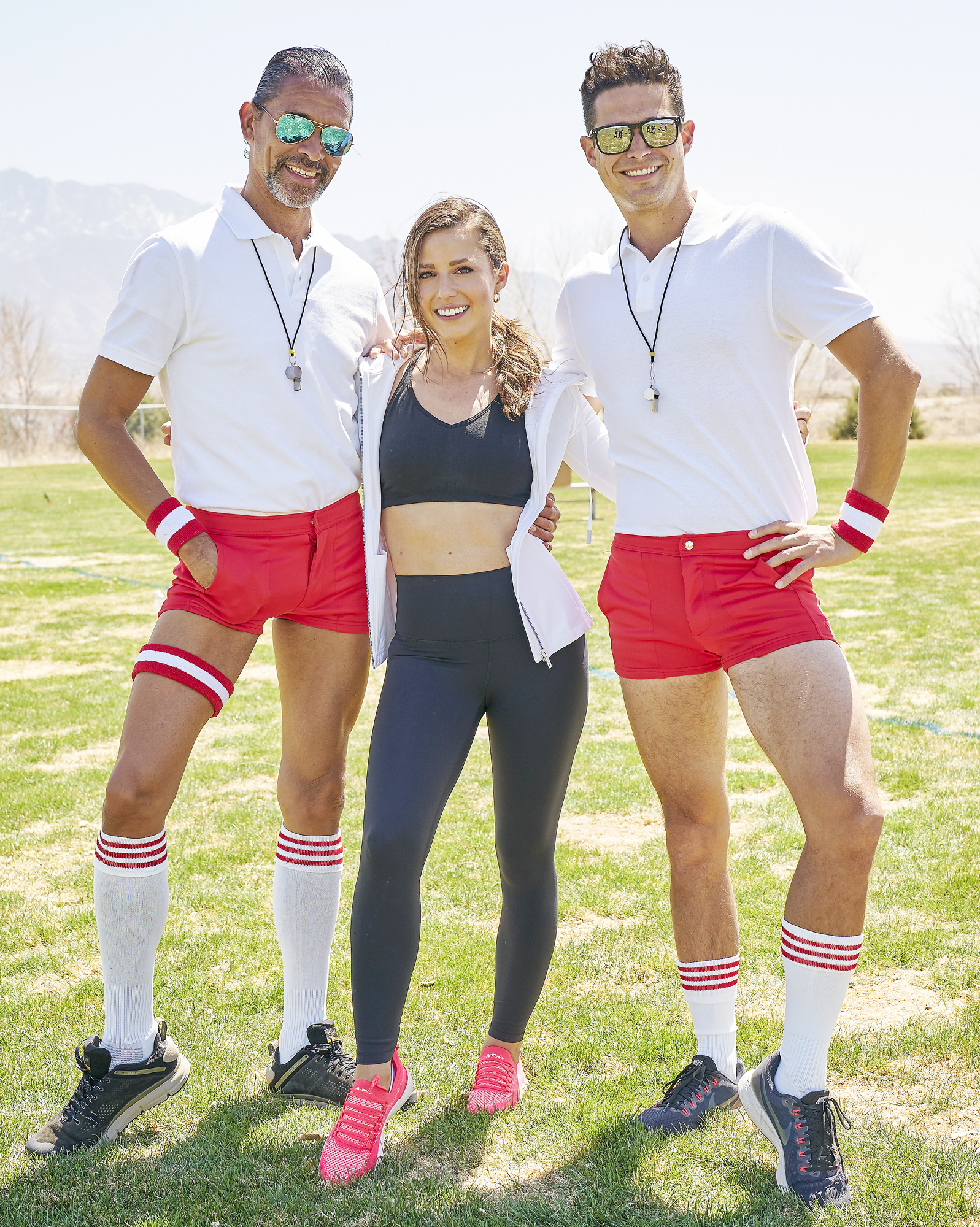 While Wells noted “everyone played a really good game,” he added that things got “chippy” and “dramatic” very quickly.

Former ‘Bachelor’ and ‘Bachelorette’ Leads: Where Are They Now?

“Mike [Planeta] played a good game. Tre [Cooper] played a good game. Connor [Brennan] kind of hid in the corner, which I think was a smart play on his part,” the radio host explained. “Everyone took it really serious. I mean, we dressed them up in these crazy, like, unitards with giant bulges in their crotchal region and cutout butts with hearts printed on it, thinking, ‘They won’t take this seriously.’ And then they did. It was an amazing day of my life.”

Every Time ‘The Bachelor’ Shocked Fans With Its Lead

In the preview for Monday’s episode, Hunter Montgomery appears to get very physical during the game, which Wells made up for the show.

“If you have the guts to go on a reality TV show to find a fiancée, you’re a pretty confident person. You are probably an alpha dude. So I think that it’s ingrained in them to take sporting [or] take everything probably pretty seriously,” the Bachelorette season 12 alum told Us. “Of course, I said, ‘Whoever wins the game get is going to get more time with Katie.’ And then once you do that, you know, the ultimate currency in the Bachelor World is time. And once you kind of dangle that carrot in front of these guys, they’re going to do everything in their power to get that time. And they did.”

The Bachelorette airs on ABC Mondays at 8 p.m. ET. For more from Wells, watch the video above!