He may be the Golden Maknae, but Jungkook also has the golden music taste. Throughout his time with BTS, the idol shared a few of his favorite songs both by the boy band and other artists. Here’s our look into some of Jungkook’s favorite songs and recommendations, shared with fans on Spotify and on social media. 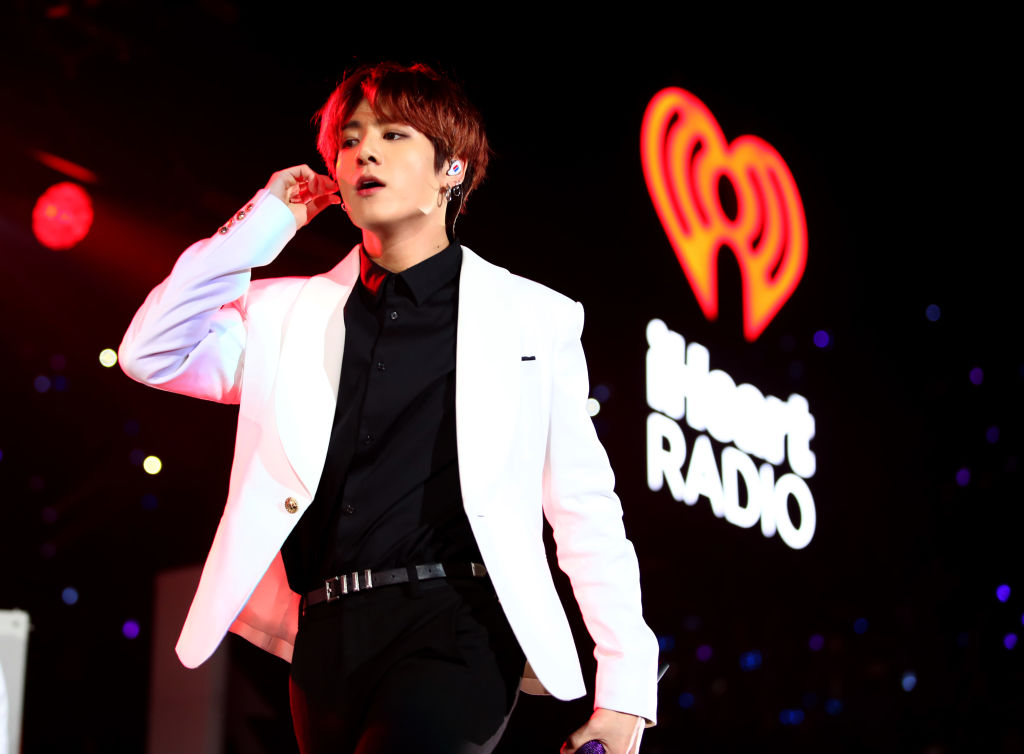 Jungkook shared his favorite collaborations with BTS, including ‘On feat. Sia’ and ‘Boy With Luv feat. Halsey’

BTS, as well as individual members of the boy band, did a number of collaborations since their debut. That includes their songs with Juice WRLD, Charli XCX, and Zara Larsson recorded for the BTS World Soundtrack. For one Spotify playlist, Jungkook shared a number of his favorite songs by the K-pop group featuring other artists.

One of those was the hit song off of Map of the Soul: Persona, “Boy With Luv,” which they performed live with Halsey during the Billboard Music Awards. “On feat. Sia” and “Make It Right feat. Lauv” made it to his list of recommendations, as well.

‘Paper Hearts’ and ‘Dear No One’ by Tori Kelly

Thanks to a Spotify playlist created a few years ago, fans learned which songs Jungkook listened to the most. One of the artists on that playlist was Grammy Award-winning artist, Tori Kelly. Backstage at the Billboard Music Awards, the K-pop idols got a chance to meet and talk with Tori Kelly.

A few of the other songs included on that playlist include Justin Bieber hits, “What Do You Mean” and “Purpose,” as well as John Legend’s song, “All of Me.”

‘Never Not’ by Lauv

Although BTS and the ARMY’s might be physically separated due to COVID-19, the members have been sharing updates and staying connected on social media. One of those is, of course, Jungkook, who shared a cover of “Never Not” by Lauv to Twitter during May 2020.

The video featured the idol alone in a room, singing along with a track. Within a matter of hours, the video earned over two million likes from fans of both Lauv and BTS.

Jungkook’s favorite songs off of ‘Map of the Soul: 7,’ include ‘On’ and ‘My Time’

During 2020, BTS released their highly anticipated album, Map of the Soul: 7. With it came Spotify playlists curated by each member. For Jungkook, his top picks off of this collection included “On” and his solo song, titled “My Time.”

Aside from Map of the Soul: 7, Jungkook shared a few of his other favorite BTS songs (which are all available for streaming on Spotify.) That includes “Magic Shop,” “Burning Up (Fire,) and his solo song from Love Yourself: Answer, “Euphoria.”

RELATED: You Have To See This Sweet Video of BTS’ Jungkook and V Helping Out a Film Crew

RELATED: Did BTS Member, Jungkook, Get a Tattoo on His Hand? What Does It Say and Mean?

RELATED: BTS’ Jungkook to Be the First K-pop Artist with a Fan-Created Spotify Ad for His Birthday