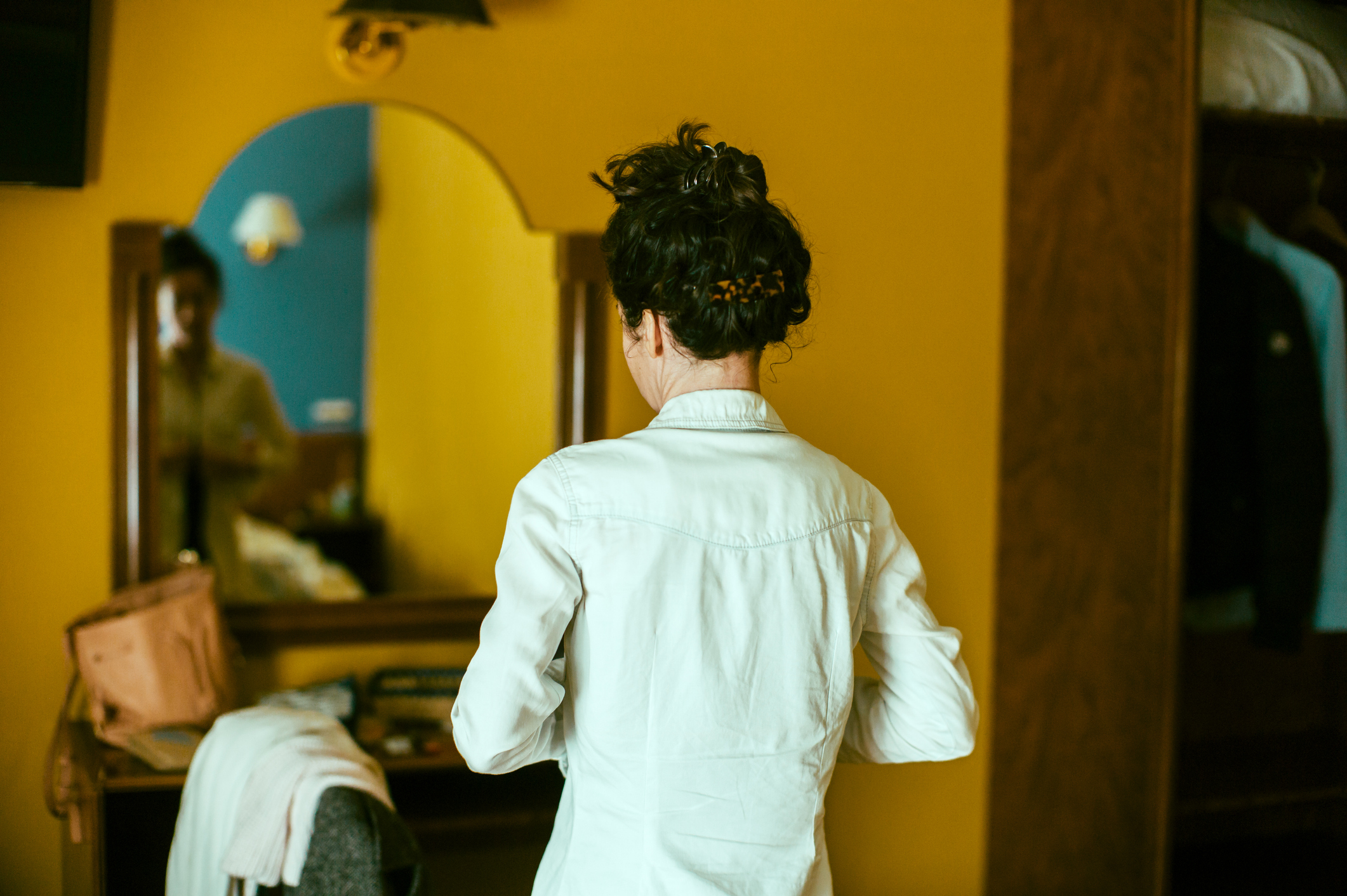 Body dysmorphic disorder (BDD) is a mental health condition where you spend a lot of your time fretting about your appearance.

It can be debilitating and often those who suffer from it can perceive themselves to have defects others can’t see.

Holly Beedon, clinical lead at Living Well UK, says: ‘Most of the populus will experience having low-self esteem, but low self esteem and BDD are not synonymous.’

Cognitive Behavioural Therapy, which helps to build processes to manage our thoughts, combined with antidepressants like selective serotonin reuptake inhibitors (SSRIs) are the the main types of treatment for BDD.

Holly adds: ‘Within CBT, exposure and response prevention (ERP) can be used to confront situations of fear. This means essentially putting people in situations where they aren’t comfortable, starting small and moving to their biggest fears.’

How can BDD affect you?

The lived reality of BDD can be traumatic for many and it can infiltrate daily life in a drastic way.

Some even end up going under the knife to help what they believe is an external issue, when it’s actually a mental health condition.

Researchers concluded many patients with BDD look for costly surgical, dermatologic, and dental treatments to try to fix perceived appearance flaws, but this often worsens that often worsen BDD symptoms.

Lejla, 31, is an asylum seeker from Kosova, coming to the UK in 1997 at the age of six. She believes abuse contributed to her BDD.

‘I witnessed a lot of abuse as a child and after I moved to the the UK i was constantly told I didn’t look like other girls and that I was fat, this carried on into my teen years,’ she explains.

‘I ended up in an abusive relationship of eight years where my partner would say things like “you aren’t like other women” and “you are so fat” and at the height of that relationship I decided to have gastric bypass, I went from 22 stone to 10 and I still felt the same. I thought it would solve my relationship but it didn’t and that’s when I started therapy and was diagnosed with BDD.’

As BDD can manifest in many ways, finding the most effective treatment and the right specialist can be difficult.

Although CBT is recommended, many have found that they respond better to different therapies.

Lejla adds: ‘I did trauma based therapy privately because what the NHS was offering wasn’t helpful for me.’

Dr Sunni Patel, 35, says: ‘I suffered with an eating disorder as a teen and a hangover of that was BDD, especially as I was also diagnosed with inflammatory bowel disease (IBD) and when it caused bloating that would feed into my BDD.

‘My BDD has impacted everything, including my relationships and my relationship with my partner and it’s developed over the course of my life. As a South Asian man, when I got to a ‘marriageable’ age people would comment on my height and weight. I never told my parents about my struggles because I didn’t want to burden them or bring shame.

‘I found CBT patronising, so I ended up going to a psychotherapist. I didn’t need to know my triggers, I knew them already so CBT wasn’t for me. I wanted to do more than just create behaviours of thinking to help me manage my BDD, I wanted to know why, why was I the way I was and I wanted to talk it out.’

Psychotherapist and author of Find Your True Voice Emmy Brunner believes ‘integrative therapy’ can be a good path for some.

Integrative therapy combines different types of psychotherapies and approaches to cater to an individual’s needs.

She says: ‘A more holistic approach may be needed, one type of therapy may not be effective for everyone.

‘You need to be able to adapt interventions into the therapy you offer clients, it’s a very relational approach and it’s best to figure out how the person developed the condition, although the content of someone’s thoughts maybe around their body, the root of their BDD can be repressed or unrecognised trauma.’

While there isn’t much research around CBT and BDD, a review of studies, which was published in the journal Psychological Bulletin, looked at research into CBT from 1977 to 2014, and found that it had become less effective for depression over time.

BDD and depression are different conditions but given this, it may be worth considering other therapies if you find CBT is not suitable for you.

Dr Omara Naseem, an eating disorder psychologist says: ‘One size doesn’t fit all and more importantly you need to see the right specialist.’

‘BDD existed before social media but social media is probably exasperating the symptoms those with BDD feel.’

If you are struggling with BDD, most professionals suggest speaking to your GP who can refer you to specialist services.