There's plenty of lovely cooking to be devoured on SBS, with our critics dishing out all you need to know about this week's TV. 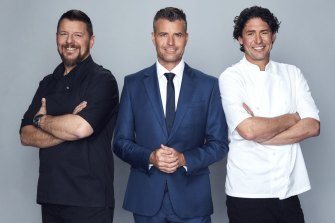 First, the good news. MKR is actually much improved on previous seasons, purely because the editing is so much crisper. In the past, the pace has been so sluggish every episode felt interminable. This, having, ahem, trimmed the fat, moves along at a nice clip. There’s also a lot less plastic surgery on display than there has been the past couple of years, which can only be a good thing. The main problem is that this reboot doesn’t seem quite sure of what it wants to be, not so much having a bet each way as hurling a fistful of chips all over the roulette table. There’s cooking, and some of it’s great – but some of it is terrible. There’s drama, but it’s patently manufactured drama and as a consequence feels a bit flat. There are weird jokey bits. There’s the incongruous insertion of "alliances", a la Survivor. There are teams, but also teams within teams so it’s not clear where our affections should be directed. And that lack of focus and purpose makes it a kind of meaningless experience for the viewers too. –MH 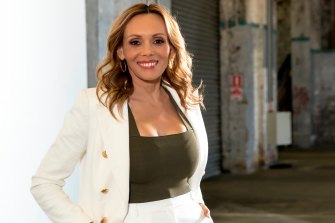 Most people think of Broome as an exotic holiday destination. Which it is. But it also has a rich Indigenous and multicultural history, both ancient and contemporary, and this polished series, overseen by Karla Grant and taking advantage of the expertise of Broome’s thriving media scene, explores the town’s many facets. This episode, the first in season two, focuses on Peter Yu, long time head of the Kimberley Land Council and tireless activist in and for his community. His own story is fascinating but his broader family history even moreso, encompassing as it does 19th century Chinese immigration, the taking-away of kids and disruption of culture, and the loose apartheid that existed throughout Australia well into the 20th century. Affectionate but not hagiographic, this is an entertaining and accessible window into a history more of us should be aware of. –MH

NCIS: Los Angeles
Ten, 9.30pm
Such is the kooky nature of this show, it’s initially unclear whether the action-packed opening sequence is all some kind of elaborate gag. Turns out it’s not, although that doesn’t mean there’s any let up in the banter nor the slapstick. There are also some pretty draughty holes in the plotting. But then, you know – because the people making this show know what they’re doing – it sucks you in. Not least in the way uber-geek Beale transforms before our eyes into the klutziest secret agent since Maxwell Smart. You can also never discount the considerable X-factor of Chris O’Donnell and LL Cool J and the easy chemistry between them, which always make watching this show a pleasure. –MH 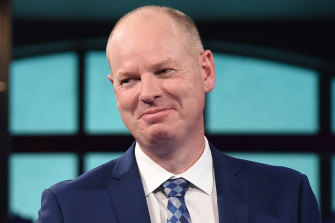 Struggling to keep up the ‘Hard’ persona: Quizmaster Tom Gleeson.

The special subjects chosen by contestants are always a hoot, but in tonight’s episode of Hard Quiz, equally as intriguing are the actual professions of the contestants: one’s a retired corporate ombudsman, another is a power line designer. Who knew they were even things? And then there are the special subjects of course, and tonight you’ll learn more about squid than you ever thought you needed to know. Host Tom Gleeson also seems especially loose this season, with his contestants regularly giving him sprays and the man himself so relaxed and smiley he’s having real trouble committing to his own insults. Delightful. –MH 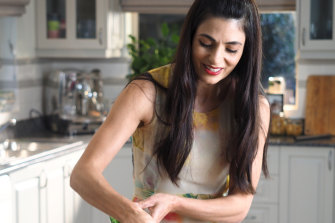 Use up pantry staples: Silvai Colloca’s Cook Like An Italian.

Gasp! What? Non-traditional Italian cooking? Actually, a terrific way to finish this lovely series, with a suite of recipes that don’t belong to the traditional Italian canon but perhaps should. A revolutionary one-pot pasta that’s also whipped up entirely from the pantry. A crazy no-knead way of making bread. And, hilariously, another pasta dish that is completely traditional except for one tiny, teensy twist. Plus, one last cameo from Silvia’s adorable toddler. Let’s hope there’s a second season in the works. –MH

Pick of the week: The Heights (series return)
ABC, 8pm 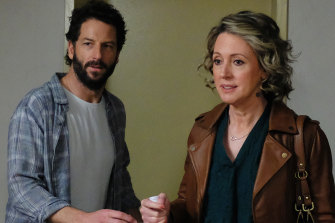 Rupert Reid and Roz Hammond in season 2 of The Heights.

This classy, good-hearted soap rightly garnered a large and loving audience in season one, and now it’s back with its big ensemble, family dramas and multiple plot threads still twisting and dangling. Some will find it disconcerting to discover Pav is no longer played by Marcus Graham but another actor entirely (Rupert Reid). For others, it’s deliciously appropriate, and firmly in the tradition to which The Heights belongs. At the same time, more than most soaps, this series remains grounded in reality, from its housing commission setting to its diverse cast. It’s certainly one of the few shows on Australian television that genuinely represents Australian society. Even better, while the writing is often pretty unsophisticated, the way these characters act and react feels authentic. –MH

Home and Away
Seven, 7pm

"I feel like life’s finally getting back to normal." You know when a character says that in the opening moments of a show that things are about to go completely cra-cra. And as with Neighbours, even across a scant 20 minutes there’s always a huge variation in the quality of Home and Away, with individual scenes succeeding or failing depending on who’s in them. But if nothing else, it’s a lesson in how talented actors can transform the same writing and direction that lesser lights leave flat – or unintentionally comical. Oh. And is life really finally getting back to normal? Of course not. Don’t be ridiculous. –MH 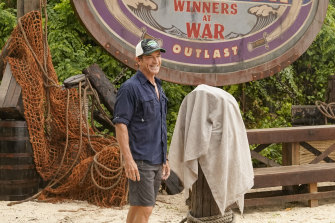 What’s fascinating about the US Survivor (and a lesson to every other legacy reality franchise) is the way it’s managed to so successfully refresh and reinvent itself over a mammoth 20 years and 40 seasons. Sometimes that’s through mechanical means, as it were. In the early seasons there weren’t even immunity idols. Now there are idols, and idols with special conditions, and location shifts, and all kinds of other twists and tricks. But it’s also become the AI of reality television. As Australian Survivor champion Shane Gould noted as she went into All Stars, this is a game that matures and evolves organically, of its own accord, as contestants increasingly become scholars of the process. That’s especially true this season in which all the contestants are previous winners. The benefit is they all know the game inside out. Downside? Everyone else knows their game play. It makes the strategising and psychological manoeuvring every bit as thrilling as the physical challenges. –MH 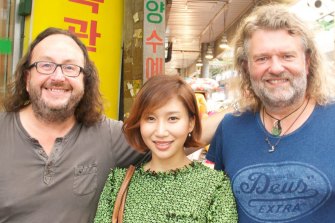 The Hairy Bikers are throwbacks to the first great wave of jolly culinary eccentrics, coming along at around the same time as the Two Fat Ladies to show us all that cooking could be fun, especially if there was a lot going on in the show to distract us from the, you know, cooking. The hirsute gentlemen’s Asian Adventure is not by any means devoid of interesting and possibly even helpful information about Asian cuisine, but when it comes to televised tours of Asia’s dinner tables, it’s not like the viewing public is suffering from a shortage: the continent’s streets are clogged with celebrity chefs zooming up and down looking for authentic traditional dishes. The point of difference in a food show is rarely going to be the food: it’s the amiability – or otherwise – of the hosts. And the bikers – Dave Myers and Si King – are as amiable as all get out. –BP 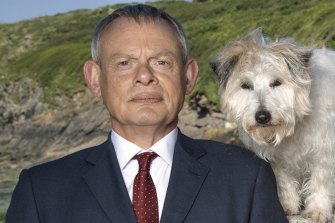 Doctor Martin Ellingham, the GP with a heart of gold hidden behind a personality of vinegar, just keeps on keeping on. Now in its ninth season, this tale of quaint country folk and the doctor they infuriate has ensured that Martin Clunes will be remembered more for his turn as the uptight, irascible Doc than the boozy boor from Men Behaving Badly with which he made his name. Martin and wife Louisa’s first fertility consultation here gives Martin plenty of opportunity to indulge his misanthropy, loathing of feelings and general terror of revealing his own insecurities. The beauty of the Martin-Louisa relationship is the slow drip-drip of the Doc’s progress to emotional health, taking a tiny baby step away from his dysfunction each episode, while always remaining stiff-necked and sour-faced enough to keep the show’s premise on an even keel. –BP 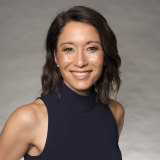 The shock and distress of your child being diagnosed with a debilitating medical condition is hard to imagine. This doco invites us in to the devastation filmmaker Diana Fisk and her husband Robert felt when they learned their four-month-old son Alfie had a vision condition that would affect him all his life – but that devastation turns quickly to determination to overcome. Alfie is now an irresistibly energetic child, as cheeky as his name sounds, and a prime advertisement for his own and his parents’ refusal to allow his diagnosis stand in his way. But it’s not just his story: the doco follows the Fisks’ relationship with Jess Gallagher, who was diagnosed with a degenerative vision disease at 17 and went on to become a Paralympic champion. Jess provided inspiration to Fisk when she needed it most, and their stories intertwine here in an exploration of family, friendship and disability. –BP