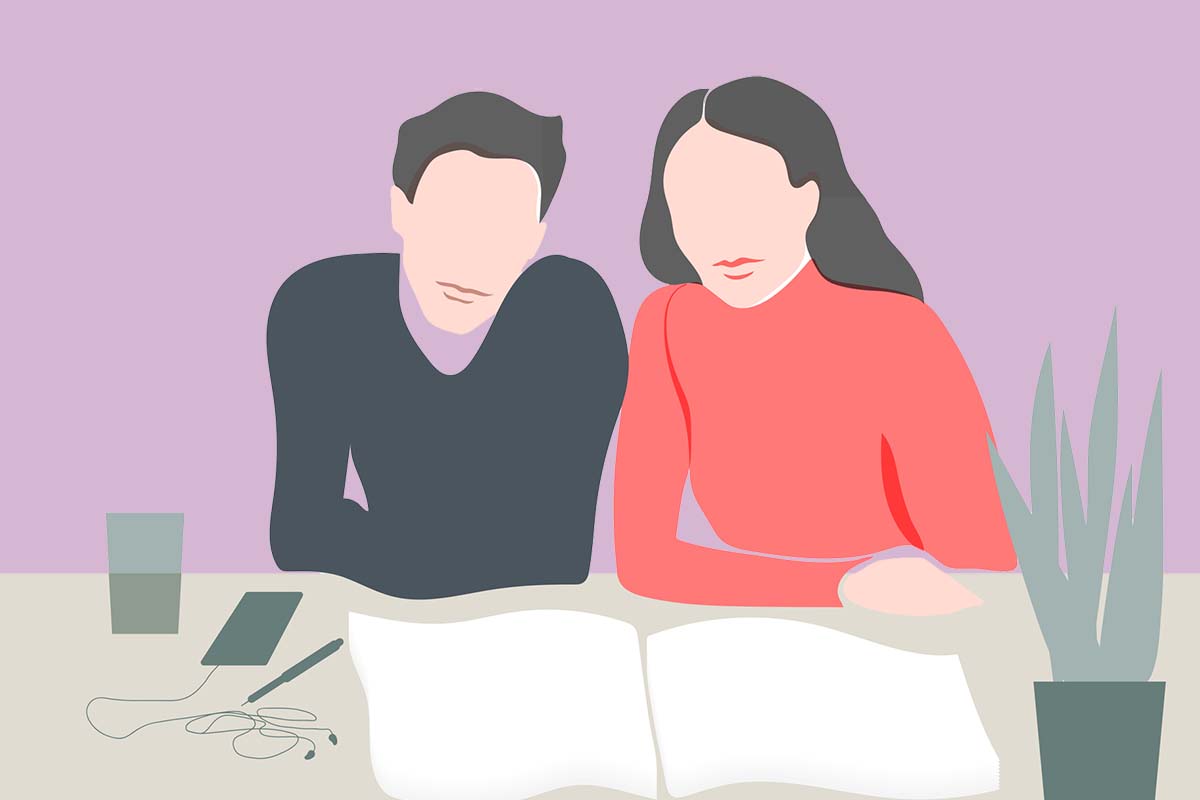 For Catherine*, 26, cheating on her long-term boyfriend with a work colleague came about out of dissatisfaction with her life outside of the office.

‘I was lonely,’ she tells Metro.co.uk. ‘I was unhappy in the relationship, in part because he had cheated on me previously, but also unhappy just in general.

‘I started seeing work as the place where I was having fun and I could be my best self.

‘I think all that excitement about my job and the escape from home meant I fell hard for the guy I worked with.’

The affair started with a kiss in the back of a taxi after work drinks, then Catherine went on to have sex with her coworker regularly in secret. Eventually she broke up with her partner (without him ever finding out what was happening) and went on to date her colleague.

‘There was definitely an element of “this is naughty” to it, that did make it more exciting,’ she adds. ‘But we did end up dating for a while after that, so it was more than just the forbidden fruit thing.’

Catherine’s situation certainly isn’t a rarity. Workplace affairs are incredibly common, with stats suggesting that 65% of office workers have had a relationship with someone at work, and while only 19% of employees admit to cheating with a colleague, 44% say they have known coworkers who had affairs at work or on business trips.

‘What is seen is just the tip of the iceberg,’ says psychotherapist, relationship expert, and author of the Relationship Paradigm books, Neil Wilkie. ‘Affairs are not just physical. There are also emotional affairs, where there is a sharing of deep personal information as well as inappropriate messaging and conversations.’

For Maisy*, 30, that emotional side of things was important – as well as having a shared common ground.

‘You work with people all the time in antisocial jobs and not many people can relate to that intensity,’ she explains. ‘Plus if your job requires a specific personality, your coworkers are likely to be similar to you.’

Maisy says she began an affair – that started at the Christmas work party – because she was able to easily compartmentalise her time at work as an entirely separate thing from her life at home.

‘You can totally disengage with what goes on in the office versus what happens outside,’ she tells us. ‘There’s a mental sectioning off. You can fool yourself that this is only a work thing, and it’s not really connected to anything or anyone outside of that space.

‘You can kind of forget about your partner in the “real” world, because they’re not a part of your work life.’

Jessica Leoni, sex and relationships expert at IllicitEncounters (a website dedicated to affairs, so she knows her stuff) backs up this idea.

‘We spend an immense amount of time with work colleagues, affairs are unavoidable,’ she says. ‘Experiencing problems at home? Work can feel like an escape and opening up to co-workers only reinforces that bond.

‘If there is already a flirtationship blossoming those lines can easily be blurred.

‘Chuck in some office banter and what began as an innocent flirt by the coffee machine, turns into a full blown affair.’

‘Familiarity builds attraction,’ agrees dating coach Hayley Quinn. ‘If something is missing in someone’s relationship, whether that’s an emotional connection or a physical one, it can be tempting to try and outsource that.

‘They will probably start with the people they interact with everyday, like colleagues, and this can sow the seed of having an affair.’

Neil puts forward that often working towards a ‘shared purpose’, especially when ‘in close proximity to each other’, can push people together. A passion for a project or goal can easily slip into passion of the more sexual variety.

And the separation of ‘work’ from ‘real’ life is key, too. A secret, sexual relationship with someone you work with doesn’t have all the drudgery of a ‘normal’ bond – there’s no squabbles over who’s doing the washing up or evenings spent collapsed on the sofa after a tiring 9 to 5.

‘There’s an intimacy of time spent together free from the constraints of home life,’ says Neil.

‘Cheating being fobidden generates a frisson of excitement and it is safer because it is physically separate from home and therefore unseen.’

The practical side of things helps.

‘Affairs in the workplace are easy,’ says Hayley. ‘Rather than using a dating app, or flirting with a stranger at a bar, it will feel easier to cross the line with someone when there’s already that feeling of familiarity.’

The workplace affair is a tale as old as time (or at least since the arrival of the office), but the movement has been on pause throughout the pandemic.

Jessica believes that as we return to the office, there will be an ‘influx’ of work affairs by the end of 2021.

So, what are the signs that your partner might be having a workplace fling? Here’s what to watch out for…

Signs someone is having a workplace affair:

‘I would be wary if your partner starts working longer hours,’ says Jessica. The same goes for random weekends they claim they have to go into the office for, or lunch breaks where they’re completely uncontactable.

They’re always out at work socials

‘I was always going to the pub for after-work drinks,’ says Catherine, ‘because I wanted to see the coworker I fancied.’

While it’s great for people to connect with their colleagues outside of work and build those relationships, if it feels like your partner is always choosing a work social above you, that’s a warning sign.

Plus, take note if you’ve never been invited to one of these events…

They keep mentioning a work wife/husband

Humans are funny beings. Even when we know we should keep schtum, when we fancy someone we’ll find ourselves continually bringing them up in conversation.

Keep an ear out for names that keep coming up.

‘If your partner starts talking about having a work husband/wife it may mean they are already getting attached to someone and may develop feelings later on down the line,’ says Jessica.

Are they super cagey around their phone? Alarm bells should be ringing.

Jessica says: ‘Probably one of the earliest signs of a workplace affair is that your partner puts more effort into their appearance than usual, this is a sure sign that they are trying to impress somebody else.’

There are changes in their sexual behaviour

‘This could be more sex, less sex, or different sex,’ Neil explains.

You’ll know what’s normal for your partner. Are they suddenly always needed for out-of-town trips and evening meetings, when they never were before? Are they in so many meetings you genuinely wonder how they get anything done?

It’s not a guarantee that something dodgy is happening, but start asking questions if there’s a noticeable change.

‘People can react differently when they’re having an affair,’ notes Hayley. ‘Some may try to “make it up’ to you with unexpected romantic gestures, others will become withdrawn, some may even accuse you of being unfaithful.’

Listen to your gut.

*Names have been changed.

Rush Hour Crush – love (well, lust) is all around us

Tell us about your Rush Hour Crush by submitting them here, and you could see your message published on the site.