Spilling secrets? Nicki Minaj left fans convinced that she is pregnant with her and husband Kenneth Petty’s first child after a Twitter Q&A.

When one of the rapper’s followers asked if she’s been cooking amid quarantine on Thursday, May 7, the Grammy nominee, 37, replied, “Absolutely. Steak. Shrimp. Plus my famous cheeseburgers. So good. Been really having red meat cravings then salad cravings with extra jalapeños. Ordered Chkn [sic] nachos that didn’t come w/ jalapeños. Who does that? Wow.” 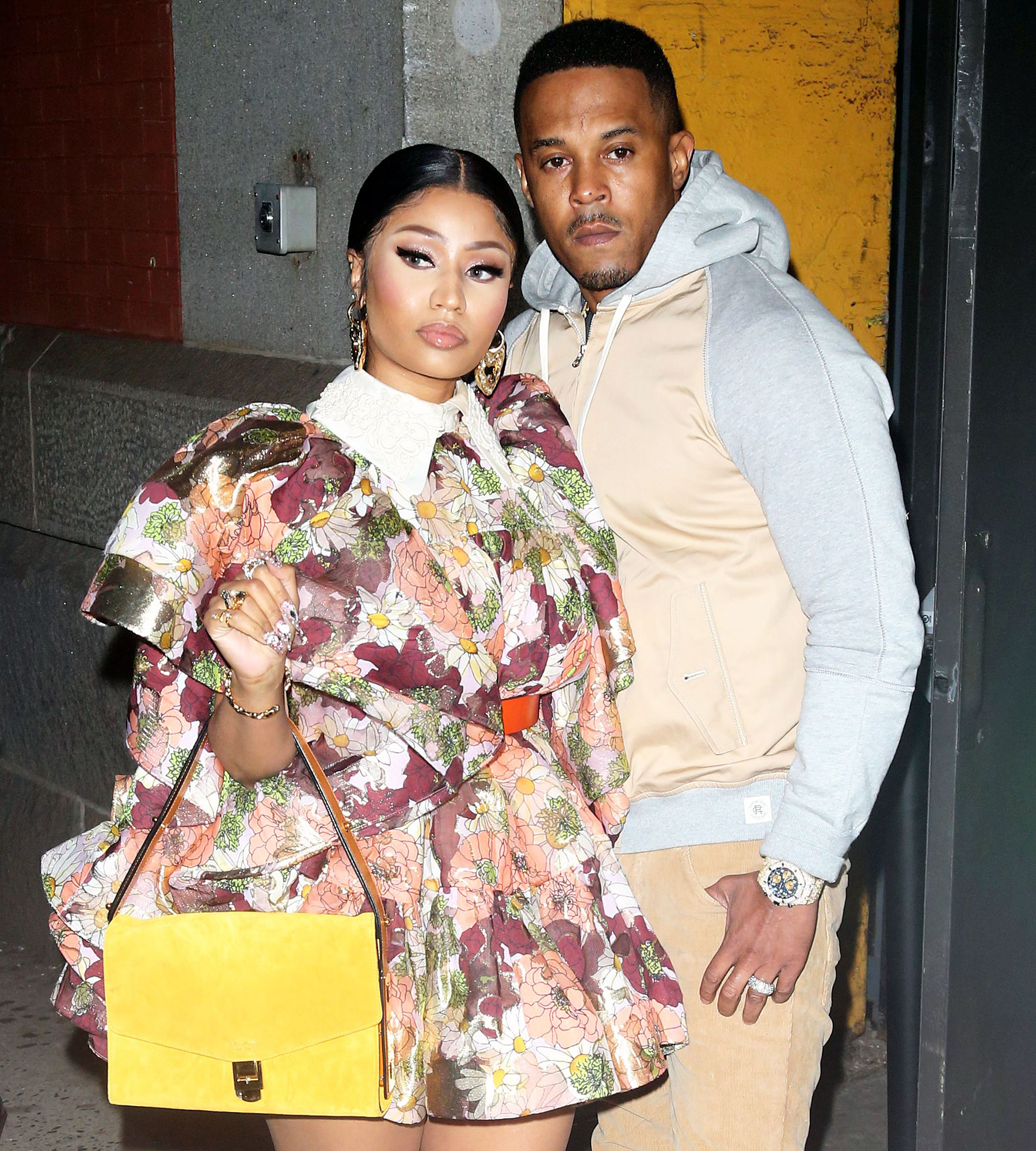 This led a Twitter user to ask the “Super Bass” rapper if she’s experiencing morning sickness. Minaj tweeted back: “Lmao. No throwing up. But nausea and peeing non stop. Omg what do u think this means guys???? Lmaooooooooooo.”

The American Music Award winner went on to tease that she would share a baby bump photo “in a couple months,” explaining, “The world ain’t ready yet.”

Minaj and Petty, 42, wed in October 2019. Three months prior to their nuptials, one of her songs left fans wondering if the pair were starting a family.

“He the Clyde to my Bonnie, ’bout to walk down the aisle and be a mommy,” Minaj rapped in “Zanies and Fools” in July 2019. “Ooh, I remember when I cried like, ‘Why me?’ / Now I wouldn’t exchange my life for Armani.”

In June 2019, the “Anaconda” rapper clarified that there wasn’t any alcohol in her drink during a segment on The Tonight Show Starring Jimmy Fallon, sparking more pregnancy rumors. “For the record; that was iced tea in that lobsterita glass,” she tweeted at the time. “No alcohol was consumed in the making of our dinner date.”

Minaj has “always wanted to become a mother,” a source told Us Weekly exclusively in December 2018. “That’s something she and Kenny have discussed. … Nicki is absolutely head over heels in love with Kenny. She fell hard and fast. She hasn’t smiled this much in a long time.”

The couple dated as teens and reconnected in 2018. Petty has been a registered sex offender in New York state since 1995 after being convicted for the attempted rape of a 16-year-old girl. In 2002, Petty was also convicted of manslaughter, serving seven years in prison.