Why therapy is no match for the true madness of GRIEF: Pole-axed by the death of her husband, psychoanalyst Juliet Rosenfeld turned to counselling and made a shocking discovery

THE STATE OF DISBELIEF

Forty-eight hours after Juliet Rosenfeld’s husband died of lung cancer, she lay back on her psychoanalyst’s couch and attempted to ‘process’ her loss.

As a practising psychoanalyst herself, she had attended five personal therapy sessions per week for eight years and was committed to probing her subconscious for ways to release and understand her emotions.

Five years later, she knows that seeking this form of therapy at this time was ‘a mistake’. Sideswiped by anger and helplessness, Rosenfeld felt ‘rinsed of any capacity to think or reflect . . . I wanted comfort and numbing, not to have my face rubbed in my suffering.’ 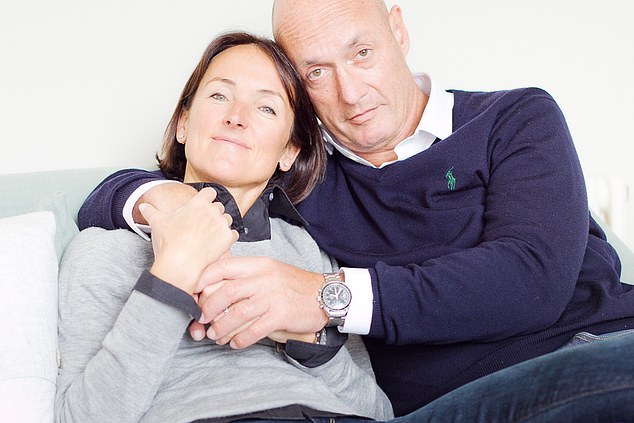 Juliet Rosenfeld reflects on the loss of her husband and the loss of faith in the power of psychoanalysis in a memoir. Pictured: Juliet with her husband Andrew, who died in 2015

Yet she persevered in her attempts to ‘move forward’ for another two years before walking away from her analyst and finding her own way through the unpredictable emotional landscape of bereavement.

Her memoir is a tale of two losses: the loss of a partner and the loss of faith in the power of psychoanalysis to make soothing sense of trauma.

Readers will find her account of that first loss extremely painful. Andrew Rosenfeld was an exceptionally fit, clean-living, rich and powerful British businessman when he noticed a lump in his neck in the winter of 2013.

He had first-rate private health insurance and chartered planes to the world’s best hospitals, refusing to acknowledge that his condition was terminal right up until his death, aged 52, in February 2015.

Juliet — his second wife — had colluded in that denial. At his request she had not told friends and colleagues about his diagnosis. She had listened to him charm and bluff his way onto a clinical trial at Yale University by downplaying his symptoms.

She had agreed with him that, although nobody has ever been cured of Stage 4 lung cancer, he would beat the odds by sheer force of will.

Readers will note that both Rosenfelds felt, to some degree, insulated from the mortality afflicting the rest of us. Him by his wealth and optimism, her by what she assumed was a deeper understanding of the human heart. She is laudably frank about her failure to ‘manage’ her grief as she had anticipated. 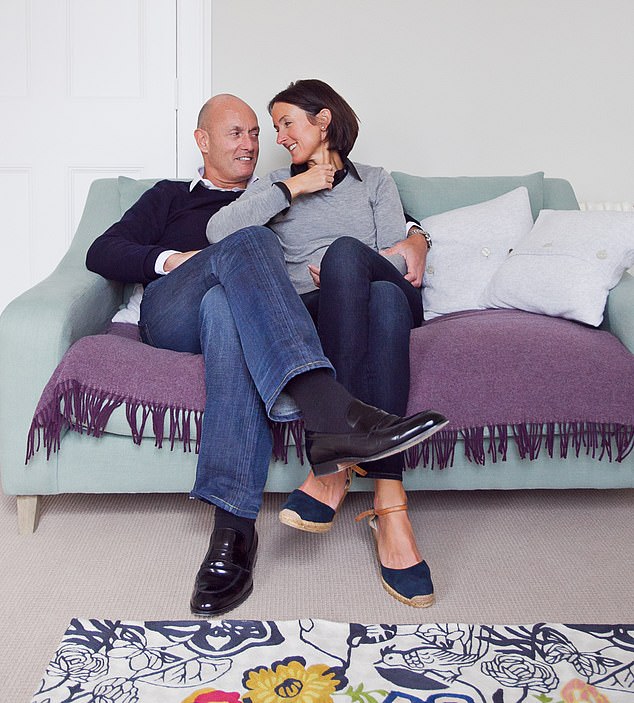 Juliet found herself unable to read after Andrew’s death. Pictured: Juliet with her husband Andrew, who died in 2015

Indeed she thinks she ‘went mad with grief,’ which ‘stormed in like a rampaging terrorist high on amphetamines and armed, lawless, violating boundaries, destroying my history, my future with a hysterical disregard for time and place’. In the months directly following Andrew’s death, she experienced ‘short circuits’ during which her mind went AWOL.

She found herself unable to read, her brain equally resistant to the content of good novels and trashy magazines. She rose early and sat in her husband’s wardrobe, inhaling the smell of his shirts. One night she crawled into the bed of her seven-year-old son and when he woke, confused to find her there, she pretended there was a wasp in her room.

More frighteningly, she once had to stop driving because she could not remember which pedal was the accelerator and which was the brake, thinking that ‘he was gone, so nothing mattered any more, and neither did I’.

Another time she found herself on the wrong side of the road and could not remember which was the right side. ‘Who knew that grief could interfere with your motor skills, quite literally in this case?’ 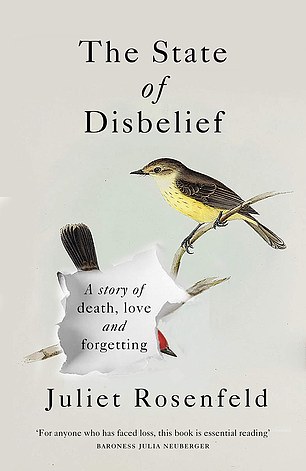 Actually, I wanted to tell Rosenfeld, lots of us know that. I haven’t lost a partner myself, but I have listened to friends who have. I have heard them tell me of their own ‘short circuits’: the dialling of unanswerable phones, the handbags inexplicably put away in freezers, the work clothes slipped into, unthinking, on Sunday mornings.

Something similar happened to her hero, Sigmund Freud. He wrote his book, Mourning And Melancholia in 1918. A few years later, his daughter Sophie died, aged 28, of Spanish flu and soon after that her four-year-old son succumbed to tuberculosis.

The great thinker, who had found a ‘meaning’ in everything, wrote: ‘I find the loss very hard to bear. I don’t think I have experienced such grief . . . I work out of sheer necessity; fundamentally everything has lost its meaning to me.’

By 1929, Freud accepted that ‘the acute sorrow we feel after such a loss will run its course, but also we will remain inconsolable, and will never find a substitute . . . and that is how it should be. It is the only way of perpetuating a love that we do not want to abandon.’

It is lovely to hear Rosenfeld describe learning to laugh again at the end of her book. I hope she doesn’t adhere to Andrew’s instructions that she remain single forever. I’m a big fan of therapy, but only the kind that allows people to find their own truths at their own supported pace.

I am glad that Rosenfeld will now be telling her own clients that, when it comes to grief, there are no stages and there is no plan. ‘There is only you and your loss. And time.’