Megan Thee Stallion and Cardi B collaborating on a song? It might sound a little crazy, but as two of the hottest female rappers out, they could probably pull together some serious magic in the studio.

What are the odds of them working together, though? Here, we’ll take a closer look at their relationship and what they’ve said on the topic. 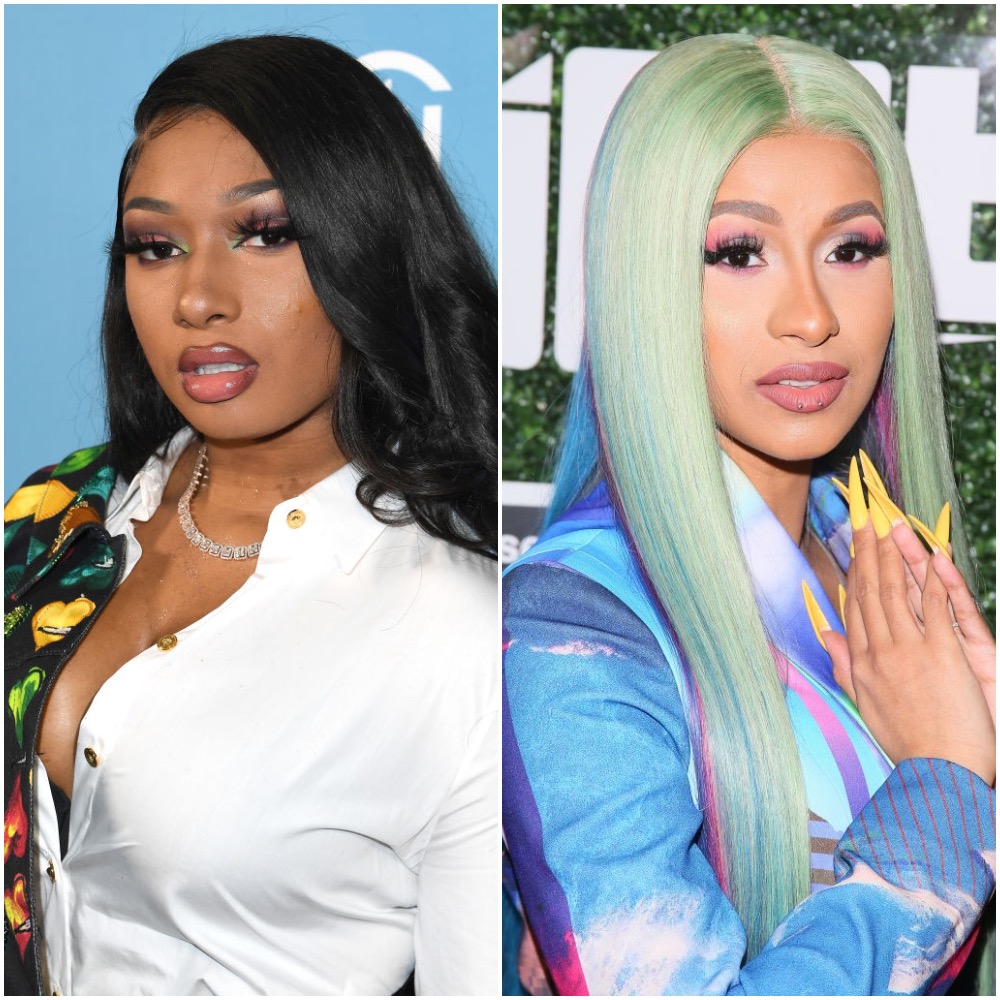 The relationship between Megan Thee Stallion and Cardi B

It’s unclear if these two know each other or if they’ve ever met. They have generally kept their comments on one another to a minimum but somehow, fans are convinced that they hate each other.

In a follow-up tweet, she stressed: “I DO NOT HAVE A PROBLEM WITH ANYBODY. I don’t like drama I do not bring other females down stop trying to start fake beef.”

RELATED: Megan Thee Stallion Reveals Why She Went to Jail After Her Mugshot Appears Online

When Megan Thee Stallion opted to collaborate with Nicki Minaj on “Hot Girl Summer” amid her beef with Cardi B, some fans interpreted it as her siding with the “MEGATRON” rapper. Addressing those claims in a 2019 interview with E! News’ Daily Pop, Megan Thee Stallion said that isn’t the case.

“I really hate the fact that [people do that]. It’s really like a lot of the fans,” she said in the chat (via iHeartRadio). “They really make it seem like you’re picking sides. I really, really, really like both of them. They’re two different people, two different rappers. It’s not even the same. I feel like we need to stop trying to compare them.”

She also noted that she would “love” to work with Cardi B one day, too.

Cardi B did not publicly address those remarks, but she praised the “Savage” rapper in an episode of her Netflix show Rhythm + Flow.

Daddy keeps me in Chrome .

It would make our day to hear these two on a song, but who knows if that’ll ever happen. In the meantime, fans can prepare for new music from both of the rappers.

For her part, Megan Thee Stallion is preparing to release her debut studio album. She told Jimmy Kimmel in April that she has been using her time in quarantine to record new music and hopes to be able to release something soon.

Meanwhile, Cardi B is working on the follow-up to her Grammy-winning debut, Invasion of Privacy. She has teased unreleased music in recent weeks, but it is unclear if the songs will make the official cut. Find more about Cardi B’s music here.