A Lululemon employee was horrified to find a rack of new clothes covered with cobwebs – and crawling with what appeared to be an enormous live black widow spider.

Ellen Danz, a season expeditor for the athletic clothing brand from the Washington D. C. area, was clearly disgusted as when she discovered cobwebs all over some black workout shirts that were on display in one of their stores recently.

To make matters worse, the webs appeared to have a bunch of smalls eggs in them.

Ellen began to investigate, shuffling through the merchandise in an attempt to find out where they came from – which is when she suddenly saw a giant spider moving on one of the tops and let out a terrified scream. 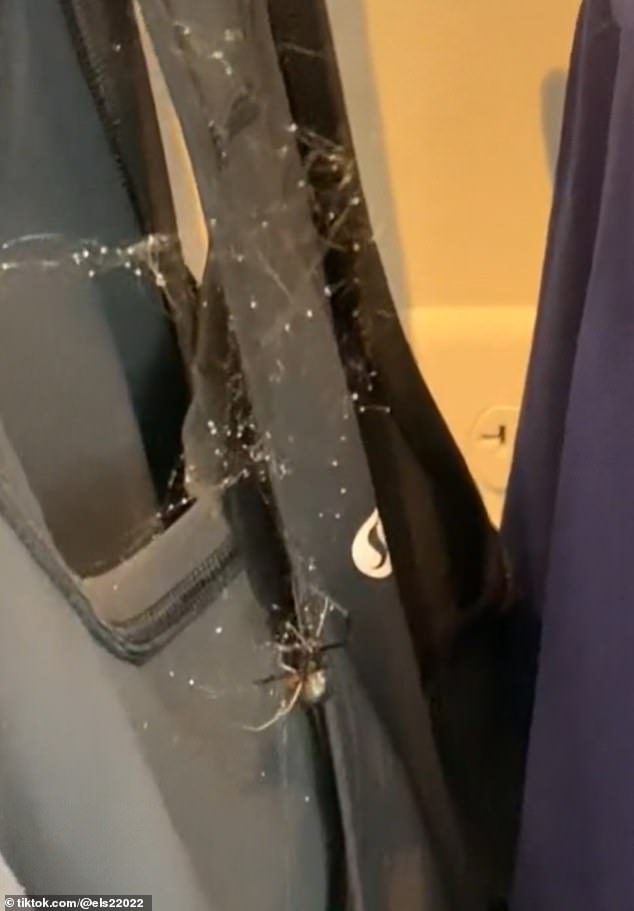 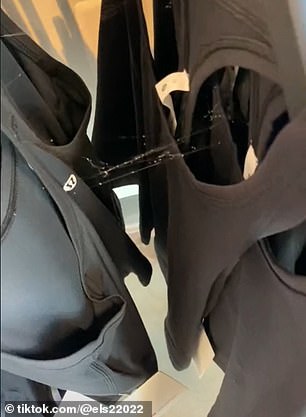 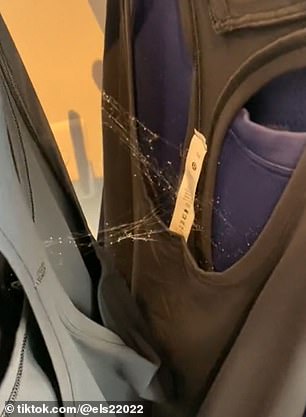 Ellen Danz, a season expeditor for the athletic clothing brand from Washington D.C., was horrified when she discovered cobwebs on some shirts in one of their stores 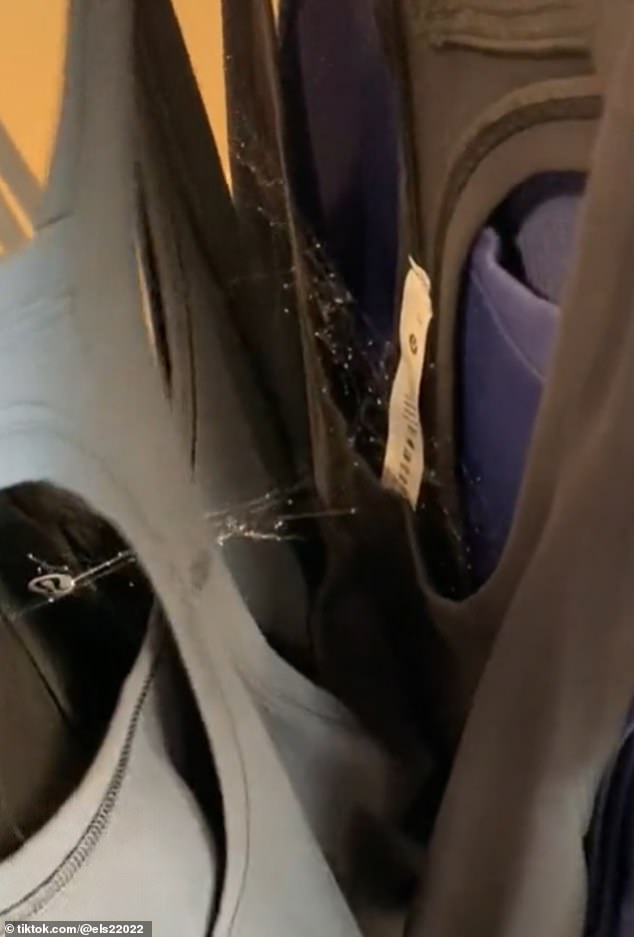 To make matters worse, the webs appeared to have a bunch of smalls eggs in them 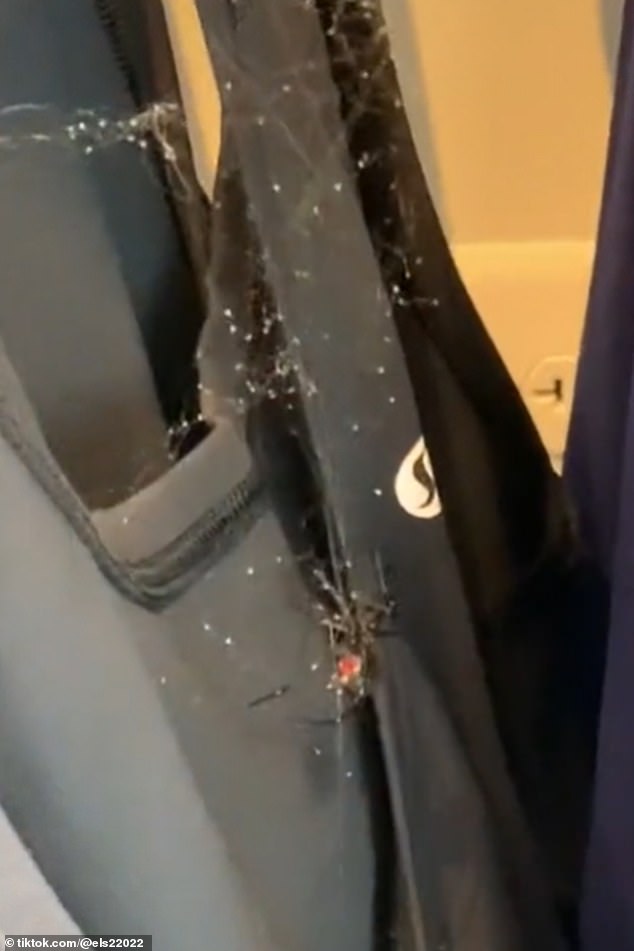 No thanks: Ellen began to investigate, shuffling through the merchandise in an attempt to find where the webs came from – when she suddenly saw a big spider on one of the tops

The bug was all black with a red dot on its body, appearing to be a poisonous black widow.

Ellen recorded video of it and uploaded it to TikTok where it quickly went viral, gaining more than eight million views in a matter of days.

‘Can we talk about the cobwebs that are literally… What is going on? Did a spider… What? Oh lord, what is that? What is this?’ Ellen said in the video as she showed off the huge bug and its eggs.

In a follow-up clip, another employee could be seen taking the piece of clothing outside and shaking it until the spider fell off.

‘Please get off my shirt!’ she said as she continuously tried to get the arachnid off.

Eventually, it fell to the ground and she came back inside with the top, saying, ‘That was so cool.’

It’s unconfirmed what type of spider it was or what store the bug was found in, but many commenters believed that, based on its coloring, it was a black widow – which are the most venomous spiders in North America.

In the United States, black widows are found primarily in the South and West, and they inhabit urban areas as well as forests, deserts and grasslands, according to LiveScience.com.

‘Black widows often make their homes near places where people live, spinning their webs in dark corners that may be inside or outside of buildings,’ it reported.

‘Black widow venom is reported to be 15 times stronger than a rattlesnake’s, but because spiders deliver far less venom than snakes do, their bites – though painful – are a serious risk only to the very young and the very old. Bites from this spider very rarely result in death.’

Per the organization, black widow bites feel like a ‘pinprick,’ but their toxin contains a chemical called alpha-latrotoxin – which ‘swiftly overwhelms nerve cells, causing swelling and intense pain.’

‘Pain may last for eight to 12 hours, and the other symptoms may continue for several days,’ it said.

‘The females are the most distinctive, with shiny black bodies and a red hourglass-shaped marking on the underside of their round abdomen.’

Heart-stopping: Many viewers were upset by the clip, and took to the comment section to share their dismay

Many viewers were upset by the clip, and took to the comment section to share their dismay.

‘Uh sis… That’s not just any spider. That happens to be a black widow,’ added another.

‘I just flew out of my chair,’ wrote yet another user, while one more wrote: My heart stopped.’

‘I just threw my phone please,’ commented another horrified viewer, while yet another chimed in, ‘I’d sue for emotional distress.’

‘This is why you should clean your clothes after buying,’ a different user shared.

‘Which location is this so I never go there?’ asked one commenter.