SOON-TO-BE WWE Hall of Famer Batista has revealed he finds fame so “overwhelming” he sometimes wants “to crawl under a rock and hide”. 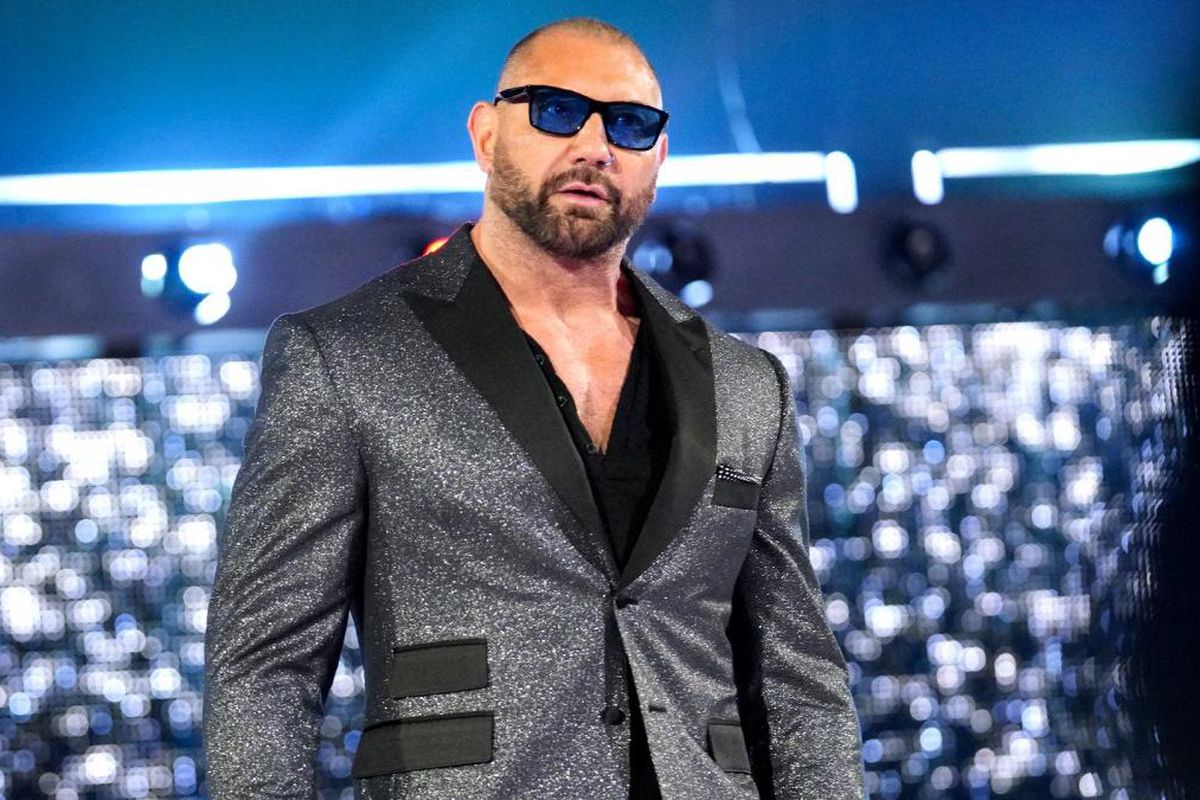 After starring as Drax the Destroyer for Marvel, his latest role comes as a CIA agent in new comedy film ‘My Spy’.

He will be honoured next month for his wrestling career by being inducted into WWE’s Hall of Fame, having last competed in a losing effort to Triple H at last year’s WrestleMania in his retirement match.

For someone who has performed for years in front of the bright lights and thousands of live fans as he has, the 6ft 6in monster still admits he finds the spotlight daunting.

He told The Telegraph: “It can get a bit overwhelming.

“Sometimes even now I want to crawl under a rock and hide.

“I live a very secluded life. It’s my way of hiding under a rock, I guess.”

Batista was not discovered by WWE until he was 30, and within two years his life had transformed completely as he became one of the biggest faces in the wrestling business.

He capitalised on that notoriety in 2009 by following Dwayne “The Rock” Johnson’s footsteps into Hollywood.

He added: “Things happened late for me, but in retrospect I don’t think I would have had it any other way.

“I’m very content with how my life’s gone, and proud of it, actually. Sometimes I regret, and I look back and I think, ‘God, I really wish I was [famous] in my twenties,’ but at the same time – I’ve lived a full life, and I look back on it and I draw from it and it helps me in what I do now.

“If I hadn’t lived through that rough life, that hard life, maybe I wouldn’t be the performer that I am? I’m still growing and learning, but at least I have a life to draw from.”