Netflix recently dropped season two of Altered Carbon as the story of Takeshi Kovacs (played by Anthony Mackie) continued. Takeshi got a brand-new sleeve and sent on a mission to find out who was killing Meths on Harlan’s World. However, what he discovered was far more disturbing than he could have never imagined.

Season one of Altered Carbon saw House of Cards actor Joel Kinnaman taking on the role of the last Envoy Takeshi Kovacs.

The show followed the character after he was taken off ice with his stack put in a new sleeve and enlisted into the service of Meth Laurens Bancroft (James Purefoy).

Tak was tasked with trying to find out who had killed Bancroft but he was left wondering why he’d been essentially released from his virtual prison.

By the end of the show, it was revealed Tak’s psychotic sister Reileen Kawahara (Dichen Lachman) has got Tak off his jail sentence after convincing Bancroft the Envoy was the only one who could solve the case. 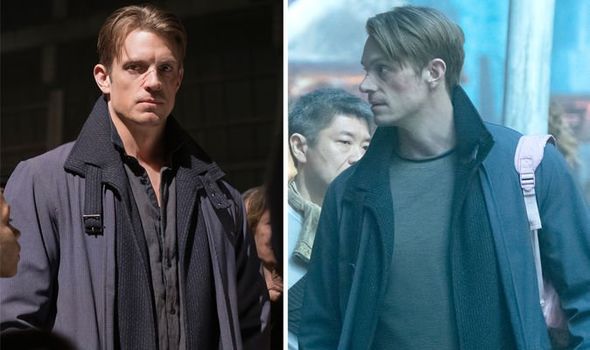 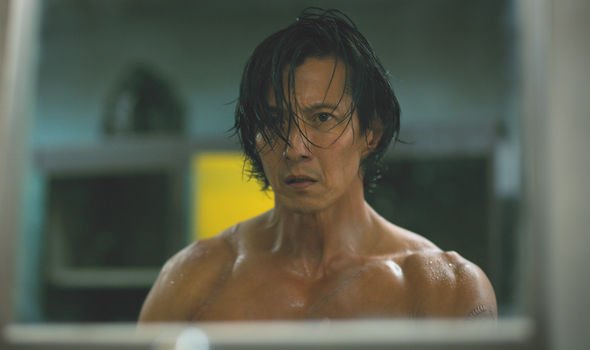 Tak was put back into the sleeve of police officer Elias Ryker (also Kinnaman), who was the boyfriend of Kristin Ortega (Martha Higareda).

Kristin was tailing Tak in his new body to make sure the sleeve didn’t get damaged and once he’d solved the case he could give it back to the Bay City police officer.

Ultimately, Tak cracked the case and gave Ryker his sleeve back after managing to prove the policeman had been framed for a crime he didn’t commit.

Tak had also illegally cloned himself with one version of himself getting killed because double sleeving (two identical stacks in two different bodies) was illegal. 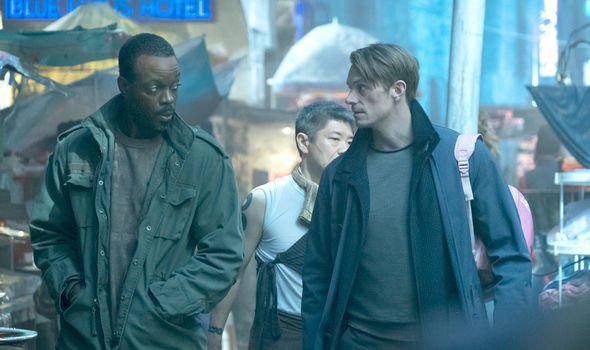 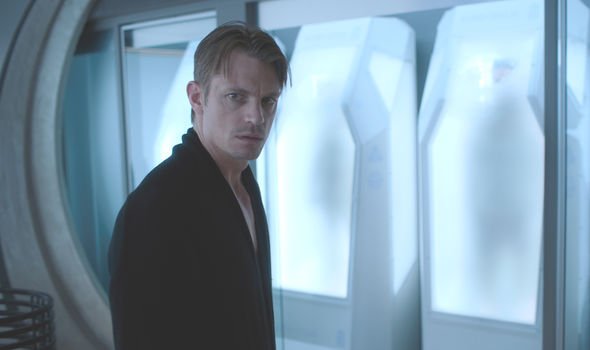 Season two saw Falcon actor Mackie taking over from Kinnaman as the character was put into a new sleeve.

Despite Mackie now taking on the role, season two also saw a clone of Tak created with the character in his birth sleeve and portrayed by Will Yun Lee.

Yun Lee, who is in the original Takeshi Kovacs, had a big role in the second outing and worked alongside Mackie’s version of the character.

While Netflix has yet to confirm whether it’s going to be going ahead with another series of Altered Carbon, some fans want to know if Kinnaman could be back in the frame.

Given anything is possible in the world of Altered Carbon from cloning to double sleeving to AI versions of people, there’s nothing stopping the actor from returning.

There’s also a possibility of flashbacks. Kinnaman appeared in season two via a callback to the first season and the final showdown between Tak and Rei in the brothel Head In The Clouds.

A plot could be written which to include either Ryker or Tak re-sleeved in a clone of Ryker’s body, so there are numerous possibilities.

Then again, if season three does get the green light, a brand new actor could be drafted in play Tak and take over the part from Mackie.

Whether Kinnaman returns will depend on the writers and the direction they want to take the story but the rules of Altered Carbon are so elastic and means they could easily do this.

When asked previously about returning for a second season in 2018, Kinnaman told The Hollywood Reporter: “I don’t know what’s going to happen.

“No one does, really. Season two hasn’t been picked up yet, so who knows?”

“If it was a cool story, for sure. I loved making this show. I had a great experience. The feedback has been fantastic. But I have no idea what’s going on with the second season.”

Although Kinnaman was talking about returning for season two, it appears he would be open to the idea of returning to the Richard K. Morgan franchise.