Ant and Dec were back on hand to host another edition of Saturday Night Takeaway this weekend, with celebrities and studio guests getting involved in the mayhem. Although much of the show was enjoyed by viewers of the hit ITV entertainment show, there was one particular segment which has caused some controversy since the episode broadcast. In light of the backlash, the broadcaster has issued an apology for any offence caused and have taken action to rectify the issue.

The End of the Show Show is one of the programme’s most beloved features, with the hosts joining a celebrity or groups of performers to give the audience a mind-blowing conclusion to the evening.

Last night, it was the turn of chart-topping singer Anne-Marie, 28, to take to the stage and close the show.

Dressed in a traditional Japanese kimono for the anime-themed routine, the guest was joined by Ant and Dec decked out in martial arts costumes.

However, the pair were both wearing headbands which displayed the Japanese Rising Sun flag, a symbol which was used for propaganda in World War II and is closely associated with the Imperial Japanese military.

Addressing the error, the broadcaster has since issued a statement in which they apologised for the use of offensive imagery. 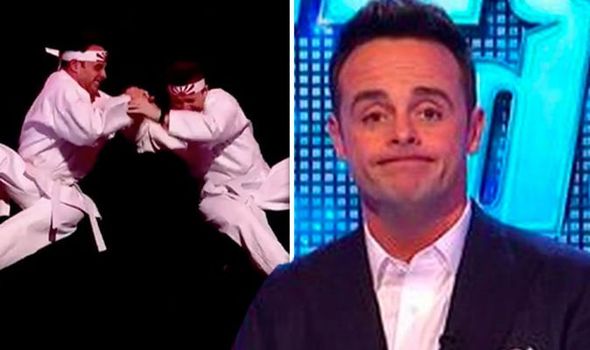 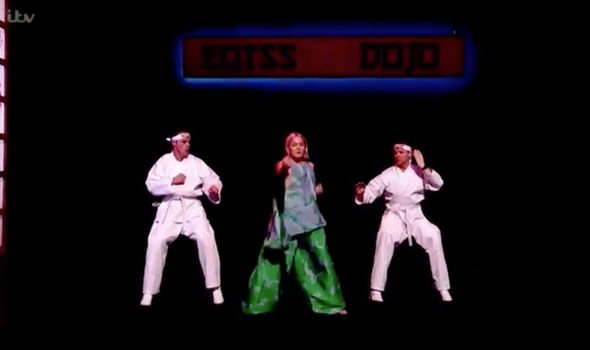 An ITV spokesperson explained to Metro: “We apologise for any offence caused during the End of the Show Show by the costumes worn.

“This was clearly unintended and we have taken steps to re-edit that part of the episode for the Hub and for repeat broadcasts.”

Singer Anne-Marie also posted her own apology on social media this afternoon in light of the backlash online.

Taking to her official Twitter page, the chart-topper told her 676,300 followers: “I sincerely apologise to all those who were affected and hurt by my appearance last night on a UK TV [show].” 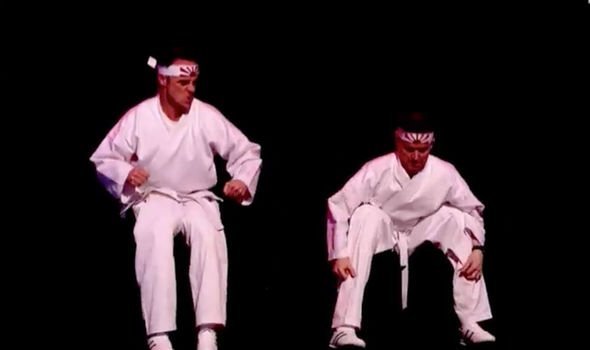 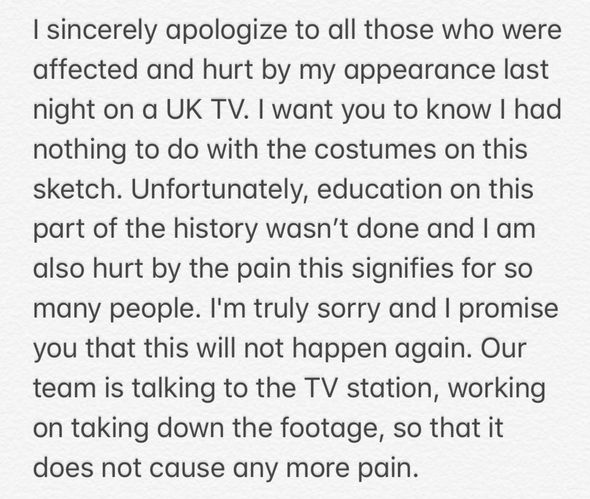 We apologise for any offence caused

Anne-Marie continued: “I want you to know that I had nothing to do with the costumes on this sketch.

“Unfortunately education on this part of the history wasn’t done and I am also hurt by the pain this signifies for so many people.”

The singer went on to continue she would “never” let the same situation happen again and stated her team was working with ITV to get the footage “taken down”.

This isn’t the first time controversy has arisen with regards to the concluding performance of the show.

Last weekend, Ant and Dec were joined by girl group the Pussycat Dolls for the first End of the Show Show of the series.

The five-piece wore some rather raunchy attire, which was made fun of by the presenters as they were seen holding ‘censored’ signs when they arrived on stage.

However, despite the action taken, broadcasting watchdog Ofcom till received a number of complaints from viewers.

A total of 68 requests were put to the corporation with regards to the dresses the singers were wearing pre-watershed.

Guest announcer Camilla Cabello, 22, also joked about the group’s raunchy appearance when she was teasing what was to come.

The Fifth Harmony alumni said viewers could expect a “family-friendly, nothing to complain about performance at the end of the show”.

Next weekend, the hosts will be joined by Britain’s Got Talent: The Champions winner’s Twist and Pulse to conclude their programme.

There will also be a performance from Jax Jones and Ella Henderson to kick start the night.