Fiona Bruce and the Antiques Roadshow team were visiting Scotland last month to see what rare and unusual collectable items had been brought to the V&A in Dundee. For expert Ronnie Archer-Morgan, he was blown away when presented with a “wonderful collection of North American beadwork and embroidery”. But how much were the garments worth should they go up for auction?

“You’ve got some magnificent pieces here,” Ronnie began and asked the owner: “How did you acquire all this?”

“I acquired it from my late Grandfather, he returned from the First World War unable to get a job in Aberdeen, went to Canada and joined the Hudson Bay Company,” the lady sitting beside him explained.

Curious, Ronnie said: “The famous Hudson Bay Company?” To which she confirmed: “Absolutely yes and on one of his journeys home, he returned with this beadwork and the outfits.” 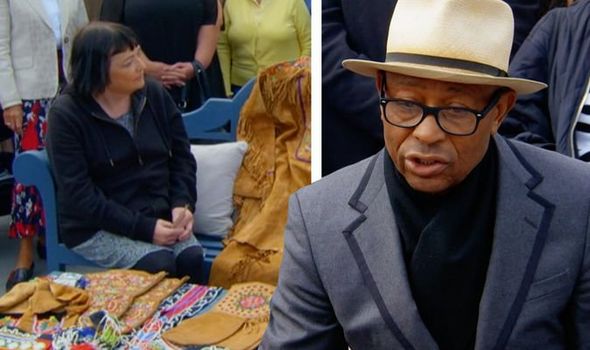 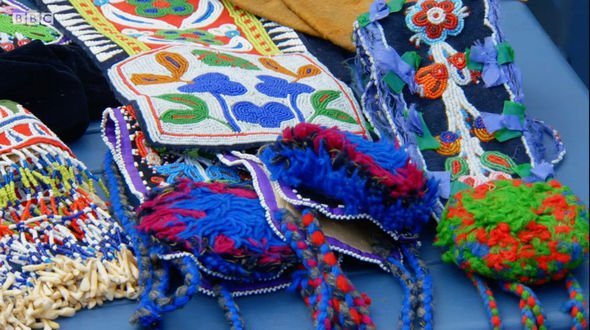 The lady then produced a couple of photographs of her grandfather who was wearing the items and Ronnie exclaimed: “Look at them! They must’ve been taken about 1925 or so.”

“That was round about the time he met my grandmother,” the owner revealed. “He went to Canada to work for the Hudson Bay Company -“

But Ronnie excitedly interjected: “That was established about 1670 and I think the Charter was granted by Charles II for trading there. 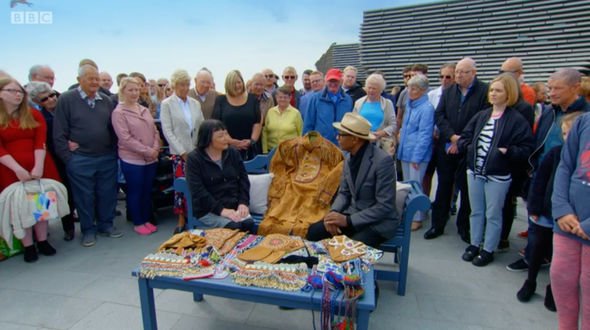 “And they also had to trade with the first nations and they never really fell out and so it was a very successful trading company. What did your grandfather do for them?”

“He worked in the office – administration,” the owner said.

“Because the guys – the traders – were really intrepid and they worked in the harshest conditions you know, bringing in the furs which were really desired in Europe at that time and America,” Ronnie added.

He then turned to the largest piece in the collection, a matching shirt and trousers and said: “This looks custom-made actually – this has got naval buttons on it and beautifully embroiled. 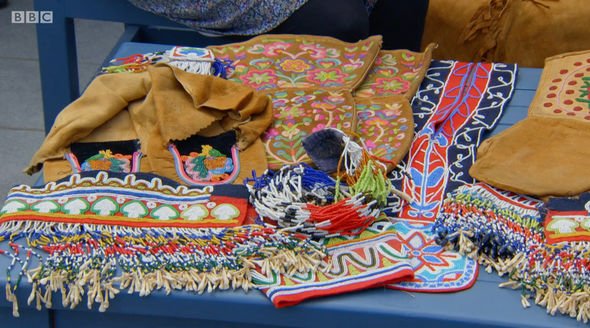 “Most of this work is Cree – there’s a few other tribes there, but it’s just a lot of it!

“So he probably knew people and traded and bought things bitt by bit. He’s got moccasins here and these gauntlets, so I wonder how he collected them and wonder what his criteria was,” the expert continued.

The owner said: “I don’t know, I just think he looked at something liked it and bought it.”

Interested in how much she knew, Ronnie asked: “Did you know him?”

“I was three months old when he passed away so sadly I didn’t know him at all and my Grandmother was unable to give me much information because she never really asked,” she revealed.

All items were in such pristine condition, and Ronnie questioned: “So where does this stuff live in your house?”

A little embarrassed, the lady eventually said: “So it’s actually in a suitcase, none of it is on display.”

Completely taken aback by the figure, the owner replied: “Wow! I think I better buy a better suitcase, thank you very much.”

Antiques Roadshow airs Sunday nights at 8pm on BBC One.