Tonight’s instalment of Antiques Roadshow saw one guest bring in an “exceptionally rare” guitar once owned by John Lennon and George Harrison. Expert John Baddeley said it was the “most expensive thing” he has ever seen in 25 years. How much was the instrument worth?

The prototype guitar was made by Bartell’s of California in the sixties and was brought to Battle Abbey in Sussex to be evaluated.

The owner went on to reveal the exceptional piece was given to him by George Harrison.

They explained: ““In the ‘70s and ‘80s I was doing lots of recording sessions on guitar and one of the things I used to do regularly was sessions for Handmade Films.”

Handmade Films was co-funded by George and at the end of one of the recording sessions, the musician asked the guest to play a “strange” guitar. 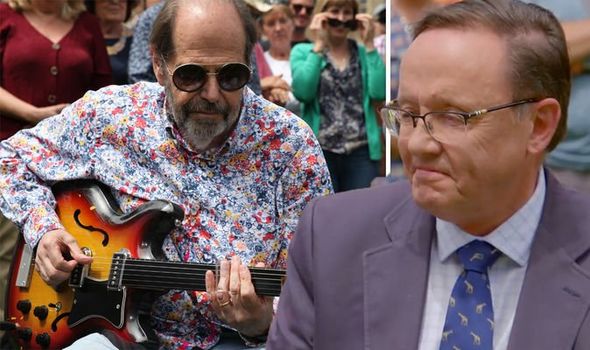 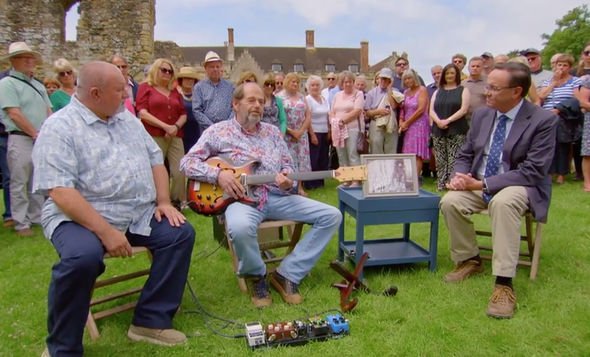 “It’s a strange old thing to play,” the guest noted.

“I played a few notes and he said ‘Yeah you’re definitely getting more out of it than I am, it’s doing better for you, why don’t you have it.’”

To prove it was owned by George and John, the guest produced a photograph of the former with his guitar collection, including the Fretless.

John said the photographic evidence was the “icing on the cake” as it proved who owned the guitar. 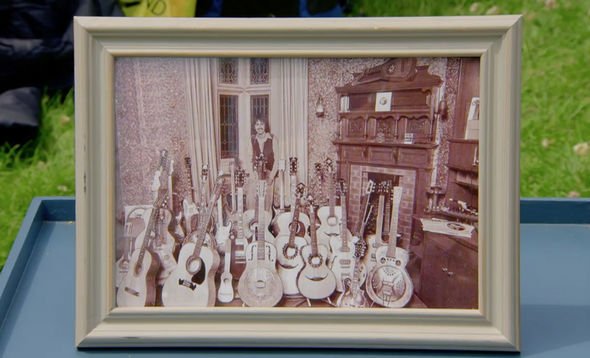 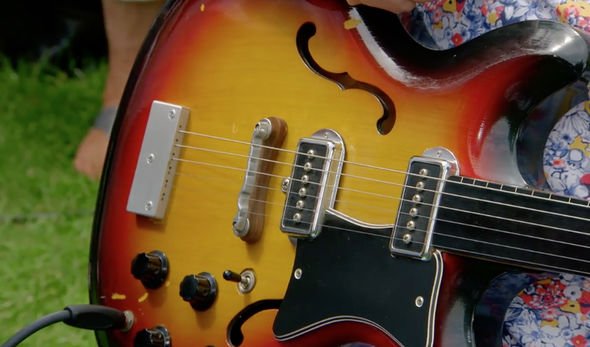 “You can just see the maker’s name and the design below,” John commented.

“So quite categorically that puts that guitar in this room in George Harrison’s house so I think that’s a hundred percent certainty, it is what it is.”

“Then to somebody who’s a Beatles fan; to own a guitar that was once owned by both John Lennon and George Harrison, can you get a better history?

“Two of the most important rock stars of the 20th century.”

The guest was unsurprisingly shocked by the value of the Fretless announcing he still plays it.

“I never really thought about value, as George being a mate and all that,” he explained.

“I don’t know what to say actually, I’m really taken aback by it.

“I didn’t realise it was worth that much money. It’s lucky I don’t keep it in the house.”

John concluded: “What’s really important is the provenance and there it was in the photograph, in George Harrison’s collection. Wow, you can’t do better than that.”

Antiques Roadshow continues Sunday on BBC One at 8pm.