Later this year, The Falcon and The Winter Soldier will arrive on Disney+ as the first TV miniseries of the MCU’s Phase 4. The show follows Sam Wilson and Bucky Barnes in the aftermath of Avengers Endgame, when Old Steve Rogers made Falcon the new Captain America. And now fans have spotted an Avengers Endgame Hawkeye crossover within the upcoming TV miniseries.

Marvel fans will remember after the five-year gap in Avengers Endgame, Black Widow found a mourning Hawkeye in Japan.

There, Clint Barton, dressed in his Ronin hood, battled the Yakuza before Natasha convinced him to return to New York for the Time Heist.

Now an eagle-eyed fan on Reddit has spotted that episode 3 of The Falcon and The Winter Soldier includes a couple of Japanese gangsters. 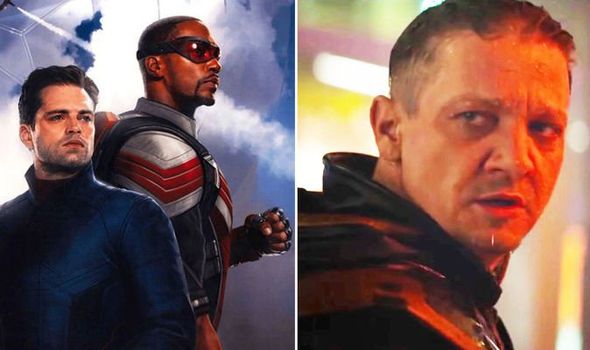 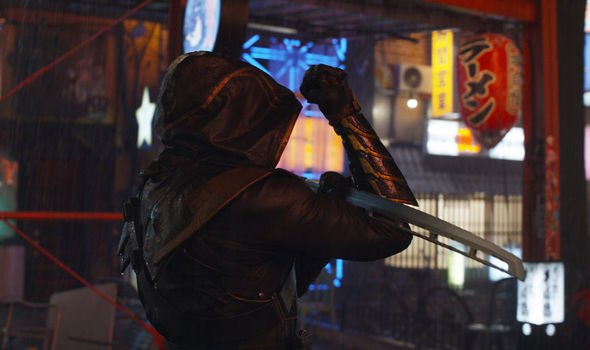 Perhaps these characters are connected to that Avengers Endgame Japanese scene with Hawkeye?

It therefore wouldn’t be surprising if Jeremy Renner’s Clint cameoed in The Falcon and The Winter Soldier with them.

After all, Hawkeye is getting his very own Disney+ show too.

So perhaps that will reveal some of the events in Japan during 2018-2023 that happened off-screen between Avengers Infinity War and Avengers Endgame. 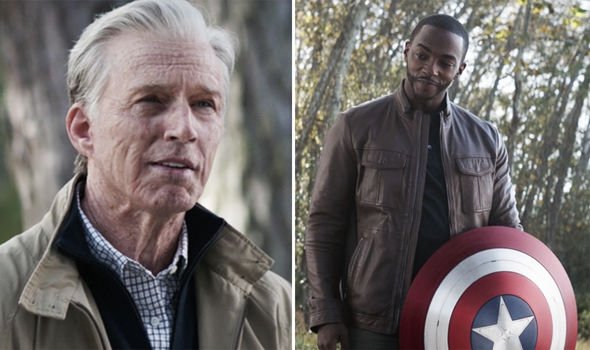 Not much is known about The Falcon and The Winter Soldier’s plot.

Although a premise reads: “After being handed the mantle of Captain America at the end of Avengers: Endgame, Sam Wilson teams up with Bucky Barnes in a worldwide adventure that puts their abilities to the test.”

But what’s curious is the fact that Sam is still called The Falcon and not Captain America in the title.

There’s not been a full trailer for the Disney+ show yet, however clips appeared in a Super Bowl commercial earlier this year.

Shots from that and set photos have revealed Wyatt Russell dressed in Captain America’s costume.

So presumably the series will see Falcon fighting for the mantle that is truly his.

After all, Russell is playing John Walker, who is a Marvel comics supervillain called Super Patriot.

He went on to replace Steve Rogers as a government-approved superhero, but eventually became known as US Agent.

The Falcon and The Winter Soldier is directed by Kari Skogland and will also see Emily VanCamp and Daniel Bruhl reprise their roles as Sharon Carter and Helmut Zemo from Captain America: Civil War.

The next MCU movie to release in cinemas is Black Widow, which was postponed from May to November due to the pandemic.

Black Widow hits UK cinemas on October 28, 2020, while The Falcon and The Winter Soldier’s debut is TBC.