Just after Peter Weber’s Bachelor finale, the world completely changed due to the coronavirus (COVID-19) pandemic. While most bachelors do a press tour that goes on for about a month after their season wraps, Weber stayed put. 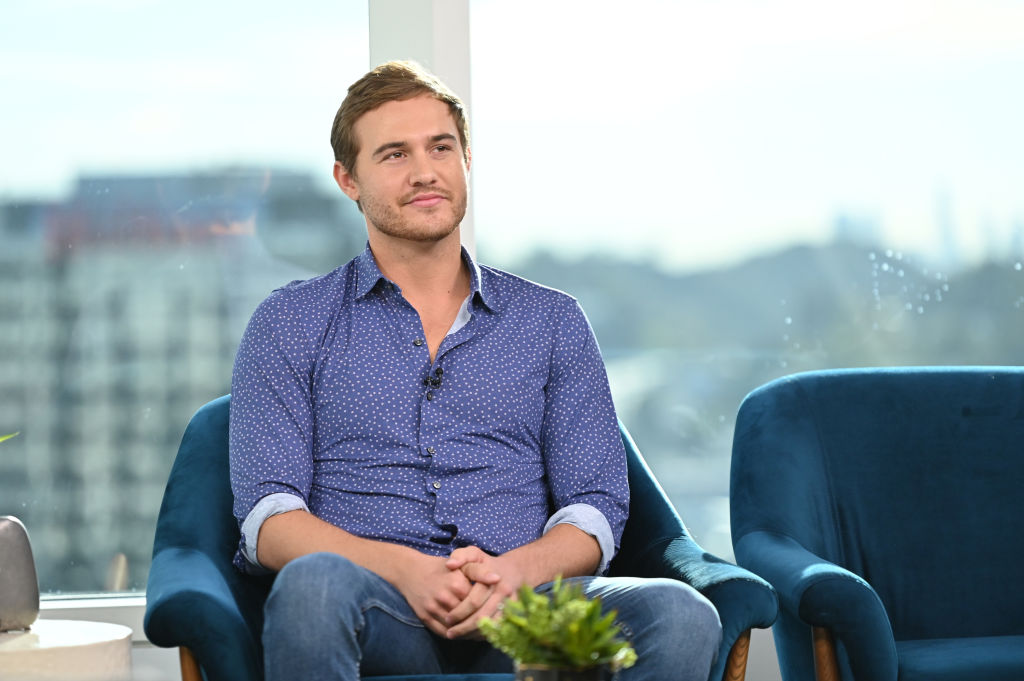 Not only did the pilot opt out of the day-after interviews because he and Madison Prewett were trying to figure out their relationship, but shelter-in-place orders were given only a few days after Weber and Prewett announced that they are not together. So the only interviews that Weber, Prewett, and Hannah Ann Sluss have given have been done remotely on podcasts.

How Peter Weber and Kelley Flanagan got together after ‘The Bachelor’

Now, Weber is dating Kelley Flanagan from his season. He’d been visiting her in Chicago when shelter-in-place orders were given and so decided to hunker down with her and his fellow Bachelorette alum Dustin Kendrick.

You caught me. Let the adventure begin 💫

RELATED: ‘Bachelor’ Couple Kaitlyn Bristowe and Jason Tartick Open up About Getting Together so Quickly After Shawn Booth Breakup

When Weber went on former bachelor Nick Viall’s podcast, The Viall Files, he explained that he and Flanagan started reconnecting after running into each other in Los Angeles when they were out with friends. There, Weber got her phone number and they started chatting. Flanagan opened up about some “family” issues she had going on, and Weber flew to Chicago to “take her mind off” things.

Since that time, the new couple has taken part in such activities as golfing, biking, and boating.

On May 21, Weber posted a photo on Instagram of him and Flanagan on a boat.

“Blue skies ahead, we all still have 7 months to make this the best year of our lives!” reads his captioned.

Blue skies ahead, we all still have 7 months to make this the best year of our lives!

RELATED: ‘The Bachelor’: Madison Prewett and Peter Weber Had Different Reasons for Not Wanting to Be Together

While the pilot received comments wishing him and Flanagan well, he also received many comments calling the post “tone-deaf,” given the current state of things.

“We’re in a pandemic Pete people are dying.”

“My boyfriend died from covid. Safe to say this isn’t my year.”

Get over here and give me a 💋

Several Bachelor fans were quick to point out Weber’s privilege in this situation.

“Ur privilege is showing.”

“must b nice when ur loaded.”

The pilot didn’t respond to the criticisms and he hasn’t changed his caption.

Read more: ‘The Bachelor’: What Madison Prewett Is Telling Guys Who Ask Her out Right Now