Dan Walker, Louise Minchin and Sally Nugent were “caught off guard” on BBC Breakfast this morning when they believed the camera wasn’t focussing on them. During one segment of the show, Nina Warhurst interviewed the managing director of J W Lees Brewery to discuss the impact the coronavirus was having on businesses. However, when the camera accidentally returned to the sofa half way through the interview, Dan, Louise and Sally could be seen on their phones.

In the segment, Nina spoke to managing director, William Lees-Jones away from the sofa and Mary-Ellen McTague, owner of The Creameries restaurant, who spoke from her home.

In light of the government’s advice to stay away from pubs, theatres and restaurants, Nina asked: “William, how does your insurance fit with this, because some restaurateurs are saying if it was mandatory, we’d be covered.”

He answered: “At the moment we’re talking to our insurers, at the moment because the coronavirus isn’t a named illness, we’re not necessarily covered.

“We hope that we’re covered but if there was some clarity in terms of you have to close your pubs, than that might be a different scenario completely.” 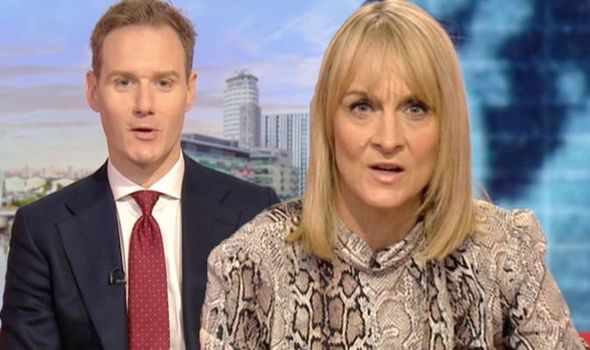 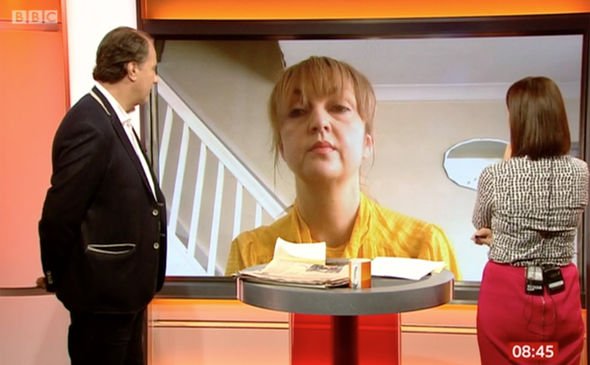 But, just as William finished talking, the camera suddenly moved away and treated viewers to a shot of Dan, Louise and Sally on the sofa.

The trio were all sitting on opposite ends of the sofa to maintain a level of social distancing and staring down at their phones.

Viewers were quick to point out the hilarious blunder and took to Twitter to mock the presenters.

Alongside laughing emojis, one wrote: “Caught off guard @mrdanwalker #BBCBreakfast.” 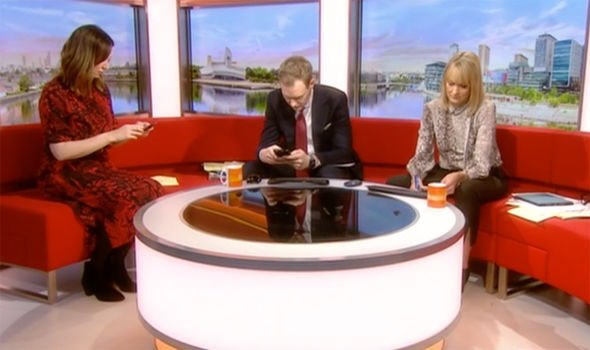 “Nice to see professionals at work. What happened off cam stays off cam #BBCBreakfast #modernworkplace #MarioKartTour,” a second shared.

Someone else tweeted a screen grab of the moment and simply captioned it: “#BBCBreakfast Oops.”

“Great pan to the presenters and they’re all looking down at their phones. #BBCBreakfast,” a fourth remarked.

Earlier in the show, Dan addressed the increased distance the presenters were keeping from each other.

He said: “Normally we’d have Sally here and Nina down here but Nina is down the other end of the studio because what we’re trying to do today is take some practical measures and try and make sure sure we don’t really have any more than three people on the sofa.”

“We’re not overcrowding the sofa,” Louise interjected to which Dan agreed: “Exactly. Just trying to take care of each other like Sally was saying earlier on.”

BBC Breakfast viewers had spotted the increased distance the presenters were taking, in particular Dan and Louise who were markedly sitting further apart from each other.

One viewer shared: “If there’s anything that epitomises the weird times we live in, it’s the fact that Dan Walker and Louise Minchin are sitting about four feet apart on the #BBCBreakfast sofa.”

“Dan & Louise look like they’ve had a falling out #BBCBreakfast,” someone else wrote.

Another added: “Dan and Louise socially distancing themselves from each other on the #BBCBreakfast sofa this morning is about as stark a #coronavirus image as you’ll get…,” a fourth remarked.

BBC Breakfast airs daily on BBC One at 6am.