Kenya Barris is the man behind hits like Black-ish, Grown-ish, and Mixed-ish. His latest, a mockumentary of sorts, blackAF, premiered on Netflix. The show has already received mixed reviews for its content, delivery, and other race-specific issues. Here’s what you need to know before tuning in. 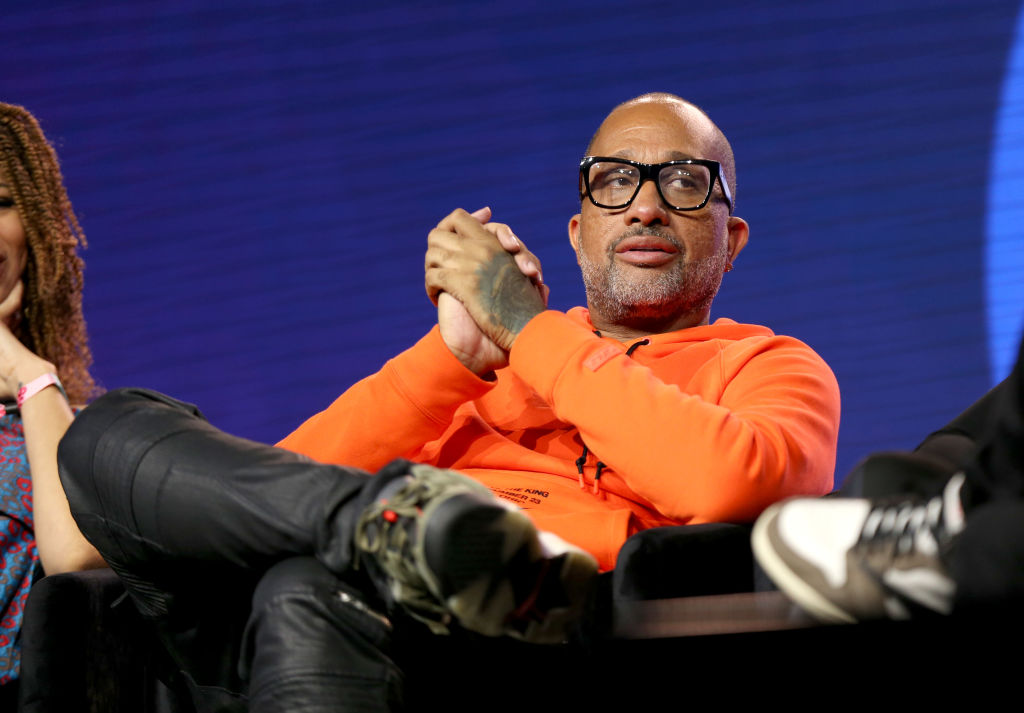 After an episode of Barris’s hit Black-ish was pulled from ABC, Barris sought out a new deal and he found one in a $100 million deal with Netflix. This resulted in the creation of the now available blackAF.

The show follows an upper-middle-class family as told from daughter, Drea’s (Iman Benson) perspective. She’s documenting her family’s way of life for an NYU application.

The show, much like Barris’s others, has the same comedic tone — but with a more unfiltered approach.

Is ‘blackAF’ based on a true story?

Black-ish took on aspects of Barris’s life via Anthony Anderson while blackAF uses Barris, playing some version of himself. The show isn’t exactly a true story but is said to be loosely based on Barris’s life much in the way Barris’s other shows have.

The family in the mockumentary isn’t real, as proven by actress, Rashida Jones, who plays Barris’s wife, Joya. However, the show does showcase six children, just like Barris has. And, his character, Kenya, is also a successful TV writer and producer.

The show, which has eight episodes, is Barris’s first attempt as the leading actor and offers a long list of celebrity cameos in its first season. Some of these include Ava DuVernay, Nia Long, Issa Rae, Lena Waithe, and Tyler Perry.

Barris said the show was inspired by Larry David’s Curb Your Enthusiasm format.

“You take aggregates and archetypes of people you know and make them part of your characters. You try to tell the most honest version of your story,” he told Vanity Fair.

It remains to be seen how the show will fare once fans of Barris catch on.

Here’s what Twitter has to say about the new show

Y’all notice how ? the music is? Check out our official Spotify playlist to get all the bangers from the show in one place. Link in bio!

Reactions for the Netflix series are mixed. Some are all for another Barris-inspired universe that touches on tough topics like race, while others don’t like the execution.

“How y’all go’n call a show #BlackAF and the kids are swearing at the parents and no one is getting slapped upside the head??” this viewer tweeted.

“BLACK TWITTER IS NOT HERE FOR IT AT ALL,” another added.

Another noticed the race barrier when it comes to writers of the show, posting photos of all white writers in a tweet that said: “Apparently these are the writers of Netflix’s newest abomination #blackAF.”

Others decided to see for themselves, ultimately forming their own opinion.

“Ok so I STILL decided to give it a watch, 10 mins into the 1st episode and i just can’t, i may go back but Kenya don’t the charm to pull off this character and its od annoying Rashida Jones walking in mc hammer pants, the unnecessary slave ‘explanation,’ i may try tomorrow,” this person said.

Regardless of where you stand on blackAF, the show sparks a reaction one way or another.

blackAF is available on Netflix now.