“Wag the Song” is a classic episode of Bob’s Burgers, with the Belcher kids and Bob and Linda each dealing with their own battles. Tina, Gene, and Louise have to write a new school song at the insistence of Mr. Frond, while Bob finds himself at odds with Jimmy Pesto.

[Spoiler Alert: This article contains spoilers for the most recent episode of Bob’s Burgers.] 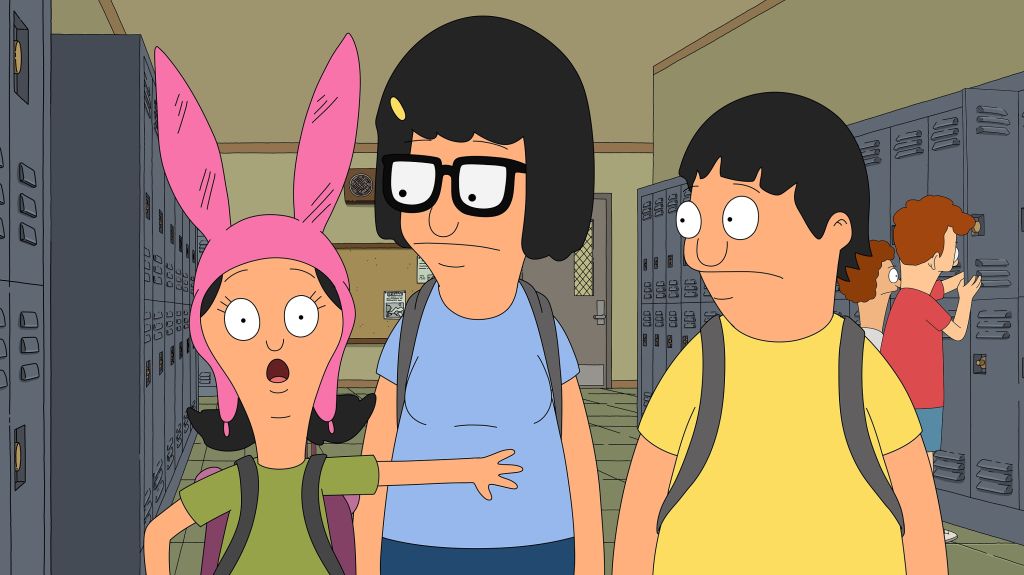 Tina wants to be remembered in ‘Bob’s Burgers’

The Bob’s Burgers episodes opens with all of the students at Wagstaff School receiving their school pictures. Tina does not have one, because she’s been sick on picture day every year. She feels sad that she isn’t leaving her mark on the school like other students.

At school assembly, Mr. Frond announces there will be a competition to pick a new school song. Students will write and perform a song, and whichever one receives the loudest applause will win. Louise immediately recognizes that kids being in charge of picking the song means the dumbest song will win.

I'm with you, Gene… kids are terrible drivers. ?

She joins together with Gene to make the dumbest song about “the pee pee and the poo poo.” Meanwhile, Tina takes the competition seriously. The prize for a student’s song being chosen is a plaque, and she wants to be remembered at Wagstaff after she graduates.

Unsurprisingly, all of the students’ songs are not good. This irritates Mr. Frond. He discovers Tina has not finished her song yet, so he writes the song for her.

At the restaurant, Jimmy Pesto taunts Bob with a new awning made with old Ferrari parts. The metallic awning ends up reflecting the sun right into Bob’s restaurant, making it unbearably hot.

Along with Teddy, Bob and Linda try different tactics to keep the sun’s reflection from entering the restaurant. When they use old newspapers to cover the windows and doors, people think Bob’s Burgers is actually closing. At one point, a real estate agent enters to check out the space.

Bob finally goes over to Jimmy Pesto and confronts him about the awning. When he does, Jimmy Pesto admits that he only really kept the awning to annoy Bob. It’s a reminder to viewers that while Bob might not have the most successful business, he does have joy in his life. Meanwhile, Jimmy Pesto only gets joy from annoying Bob.

The kids show off their songs on ‘Bob’s Burgers’

Before the kids perform their songs for the students of Wagstaff, Mr. Frond reveals that the competition will be rigged in Tina’s favor. She confides in her siblings, and Louise tells her that if she really wants to win that badly she should just let it happen.

Instead, Tina throws the competition and doesn’t sing the song Mr. Frond wrote. The guidance counselor begrudgingly announces that Jimmy Jr. and Zeke are the winners, and gives them the blank plaque. He also tells the students to be sure to never tell their parents about the song that won.

Geez, Tina… that was really hard to watch. ?

After 10 seasons of Bob’s Burgers, it’s not surprising that Tina ended up doing the right thing. While some plot points are predictable, the show is still as enjoyable as ever, and finds new ways to use the supporting characters to tell the Belchers’ story.