Carol Vorderman became a national treasure while presenting the popular programme ‘Countdown’. She continued with the programme from 1982, when Channel 4 first launched, until 2008, when she walked away following an “ultimatum” during contract negotiations. She also had success fronting the ‘National Lottery’ and regularly hit the headlines for her curvaceous shape, including winning ‘Rear of the Year’ in both 2011 and 2014. But the host’s true talent, solving mathematical equations at a rapid speed, was first noticed during her school years in Wales. However, during a segway in her career before her ‘Countdown’ fame, she was invited to perform on a radio show. She was backing singer for the band of her friend Liz Kershaw, sister of disc jockey Andy Kershaw, and made several performances with the group. A never-before-seen clip of the musical trio was shown for the first time during a BBC show recapping her career highlights and humble beginnings, which were regaled by those considered nearest and dearest to her.

Carol Vorderman cringed and squirmed when she realised details about her secret band was about to be unveiled to the nation during a 1997 episode of ‘This is Your Life’.

TV host Michael Aspel explained that she was invited by Radio Air, a local broadcaster in Leeds, to perform on their segment “kiddies’ capers”.

The ‘Countdown’ star shrunk into her seat, yelling “Oh no!” as the song lyrics “I’ve got lonely lips” was played before her teachers, childhood friends and family members.

Band member Liz Kershaw beamed as she walked on stage, proclaiming that Carol would be “really embarrassed” and that they “had been saving it for years”.

Soon after, Carol scrunched her eyes shut and turned away from her dear friend when the name of their pop group was revealed. 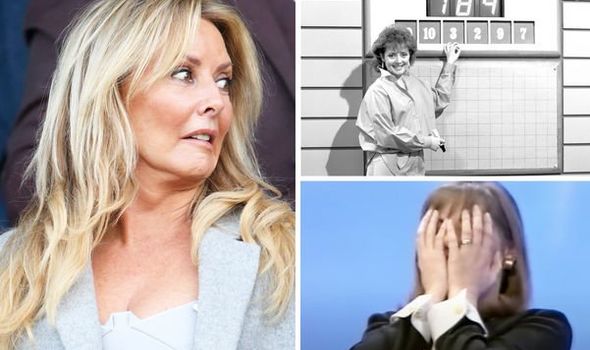 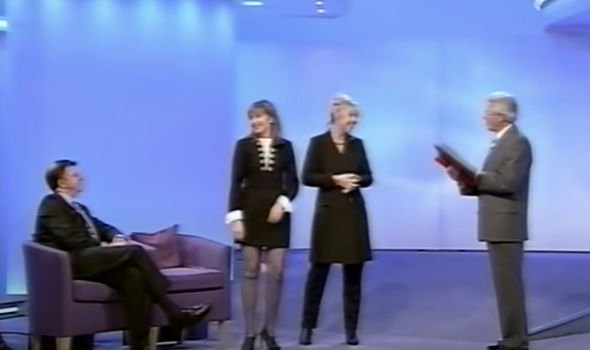 The audience howled as Ms Kershaw stated that they called themselves “Dawn Chorus & the Blue Tits” – all watching the star cringe at the innuendo in their band name.

Her friend continued: “We were very serious and I think Carol’s mum was more serious than us.

Dawn Chorus & the Blue Tits were signed by Stiff Records in 1984 and released three singles before they disbanded. 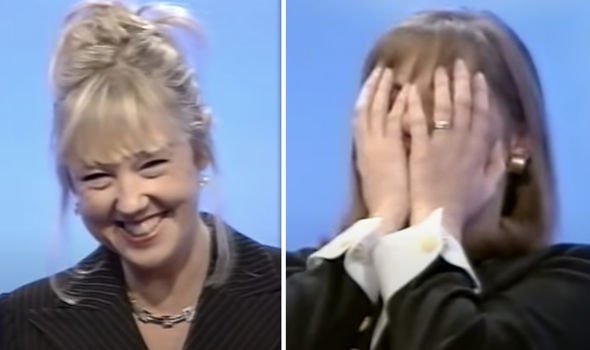 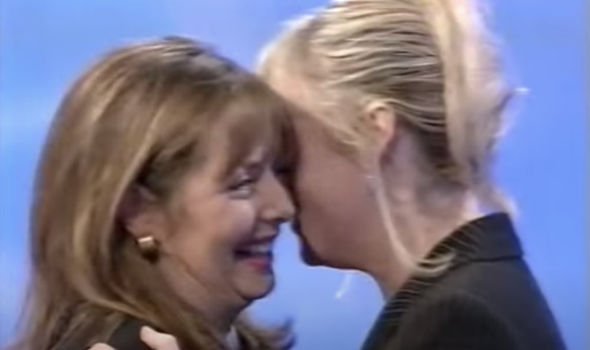 When asked if there was “any evidence” of their musical stint, Carol responded “Oh no” in clear knowledge that footage of them existed.

Ms Kershaw added: “Well oh heck, I wondered why 50 years ago [Carol’s mother] Jean used to get out her video camera.

“She’s had several moves in her life since then but she’s never let go of this video.”

Mr Aspel quipped that surprisingly it “never made it to ‘Top of the Pops’ and revealed that it had “never been seen publicly” until that night. 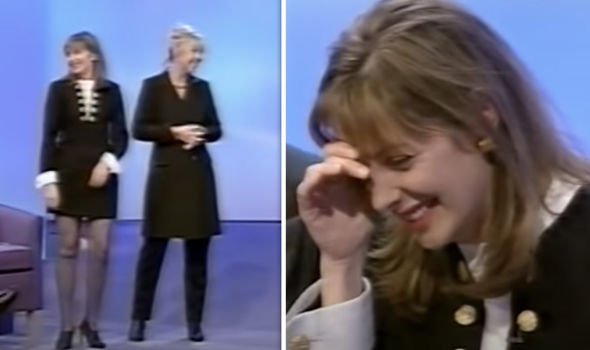 Carol covered her face in embarrassment as a younger version of herself sang the seductive lines of the 1954 hit ‘Mr Sandman’.

The star appeared flushed and glossy in the video, wearing a red and white striped jumper with a neckerchief, as she belted out the song.

As Carol crooned the line “Then tell him that his lonesome nights are over”, she cheekily waved her finger and smirked at her friends.

The flabbergasted star turned a near identical shade of red as she watched the home video, much to the amusement of the audience.