Chris Hemsworth took off his shirt off as he joined his brother Luke in Australia.

Chris, 36, joined his older brother down under as they spent some quality family time together. 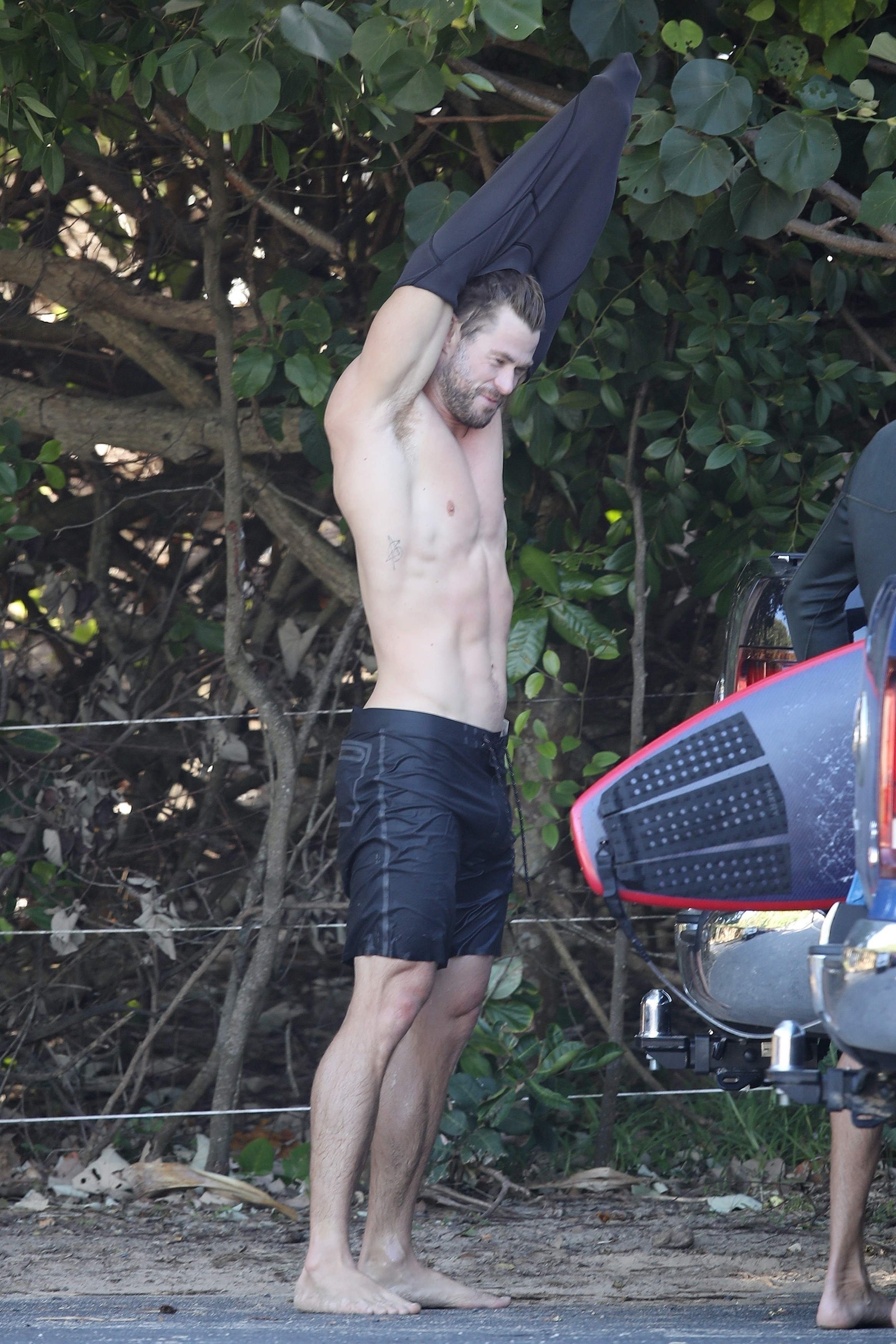 The Thor star was spotted taking off his top as it appeared as though he was about to go surfing.

Wearing black swimming trunks, the actor revealed his impressive physique and chiseled abs as he got ready to go surfing in Australia's Byron Bay.

He was joined by elder brother Luke, who was all smiles as he stood in the sea.

The 38-year-old donned a pair of black and red swim trucks decorated with various designs. 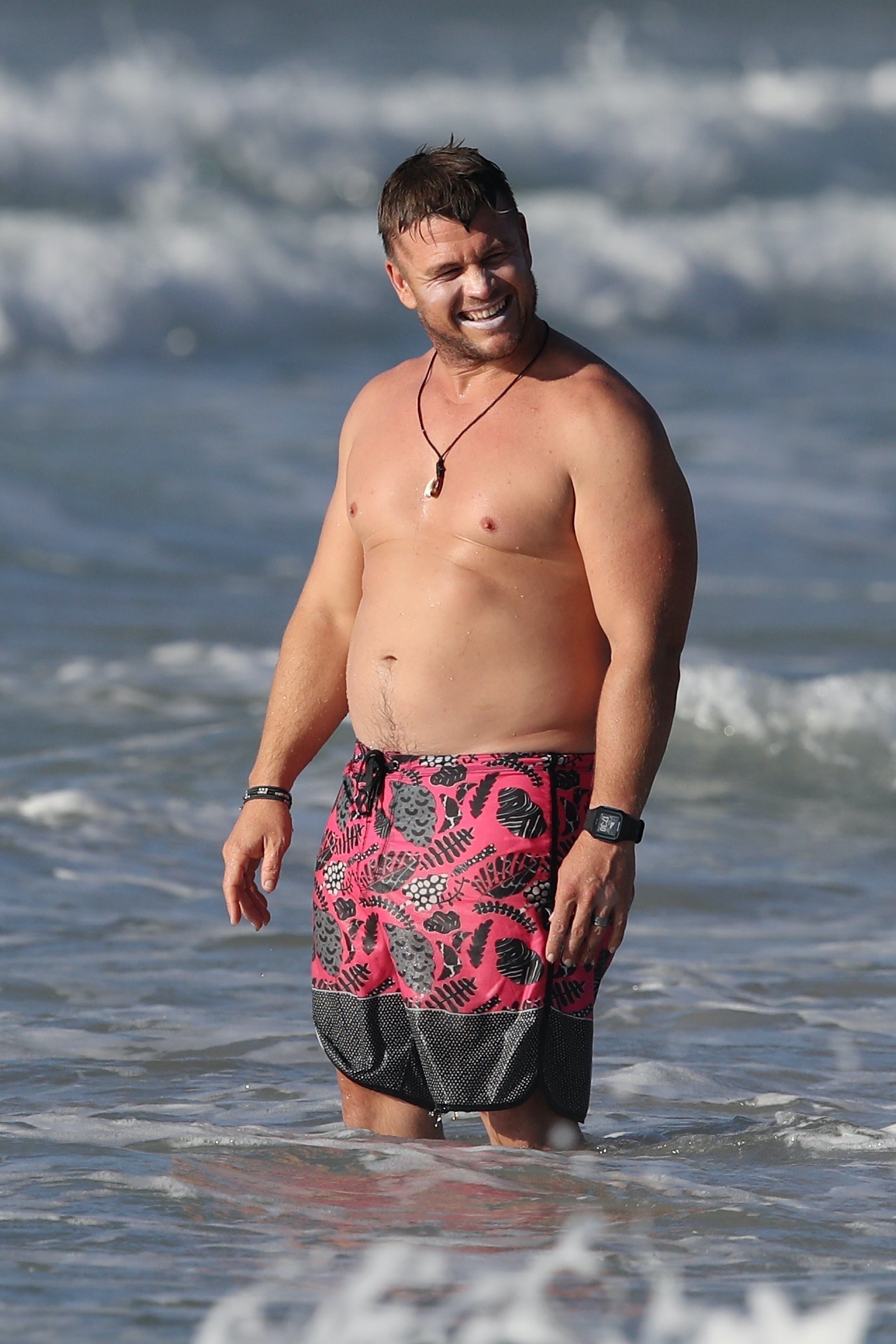 After he made his way out of the water, Luke took a stroll along the beach and sipped a drink as he soaked up the Australian sun.

Their younger brother Liam was absent and earlier this month he was spotted on a beach day out with model girlfriend Gabriella Brooks.

The actor – who went public with his new romance earlier this year – was pictured enjoying a fun-filled day out with the 23-year-old at Byron Bay.

"Liam feels comfortable with Gabriella," a source told US Weekly.

"His family approves of her and really likes her, which is very important to him.” 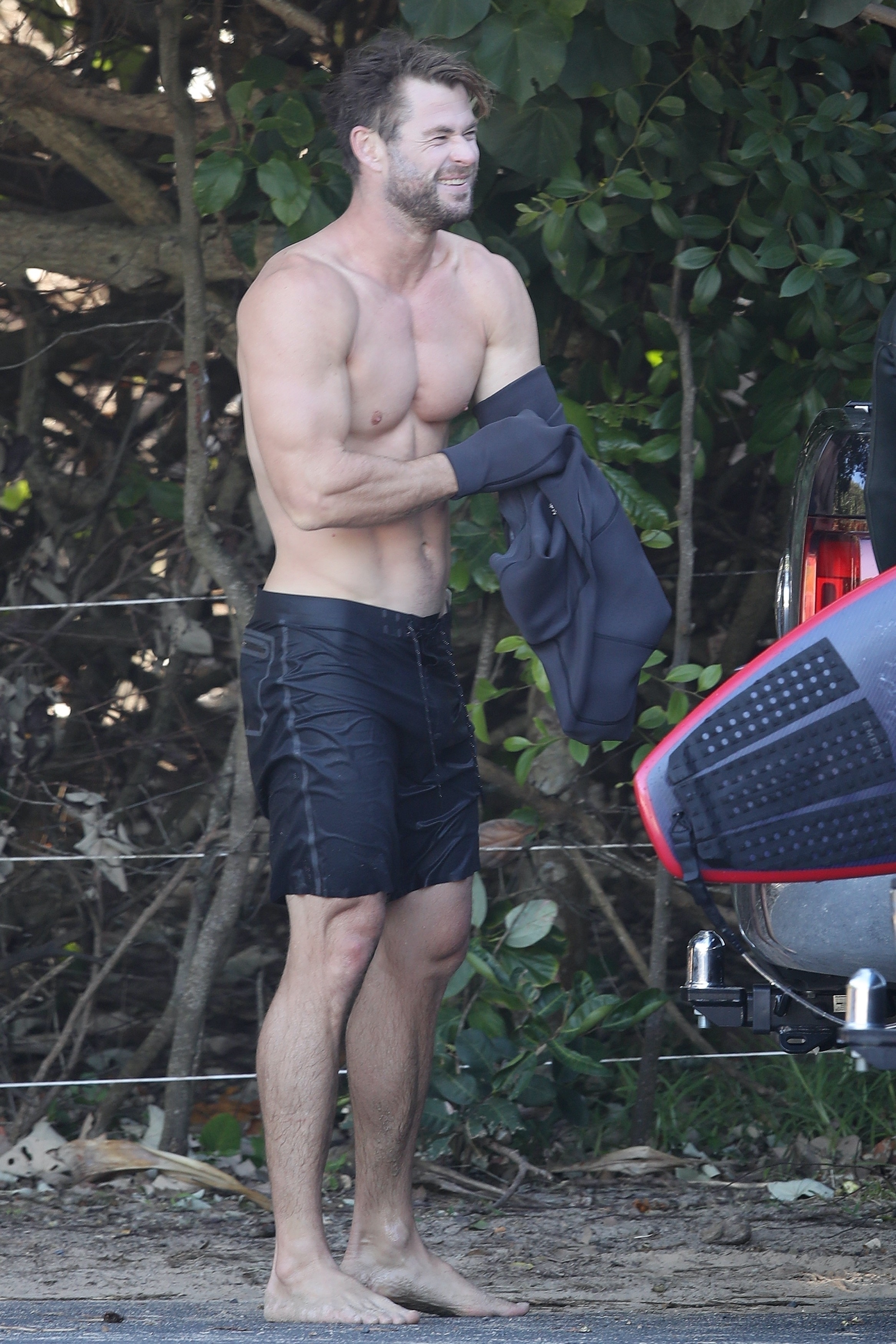 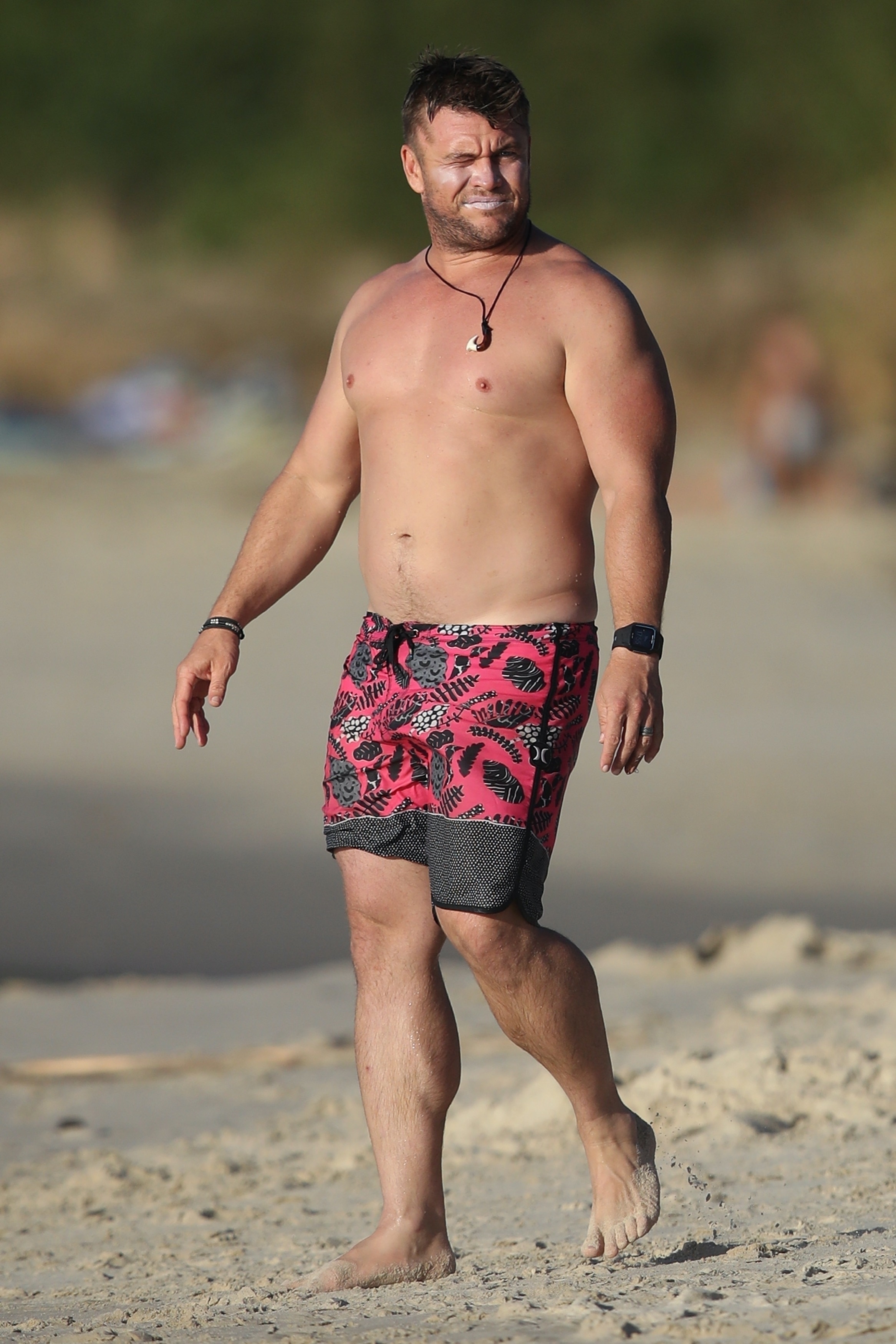 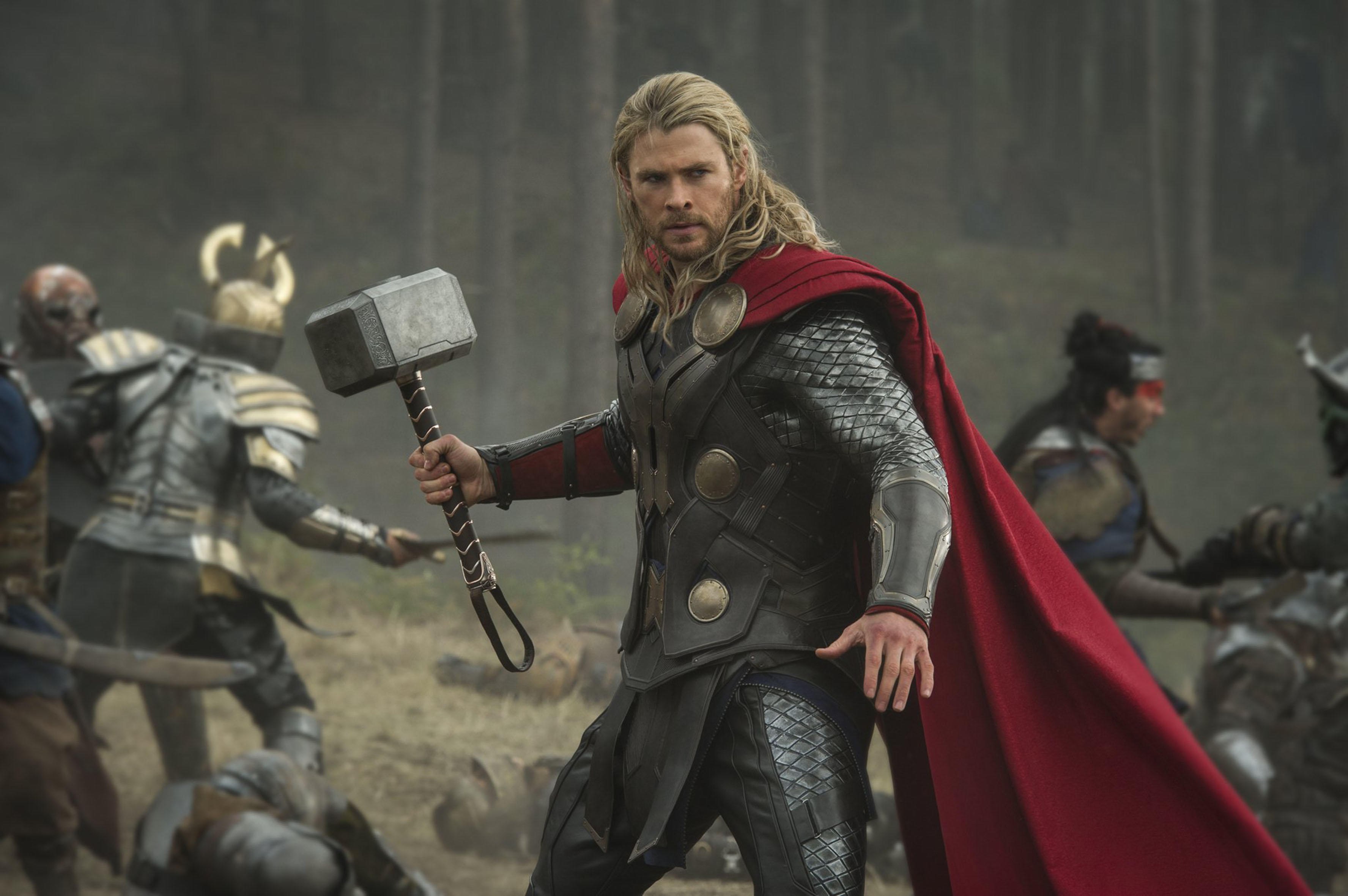 His latest romance comes months after his split from ex wife Miley Cyrus, 27.

The couple called it quits in August 2019 – just eight months after their wedding at her home in Tennessee.

Like his siblings, eldest brother Luke, 38, had short role in Australian soap opera Neighbours between 2001-2002.

He now stars in HBO sci-fi series Westworld as Ashley Stubbs, head of Westworld security, charged with monitoring host and human interactions, and ensuring the safety of the guests. 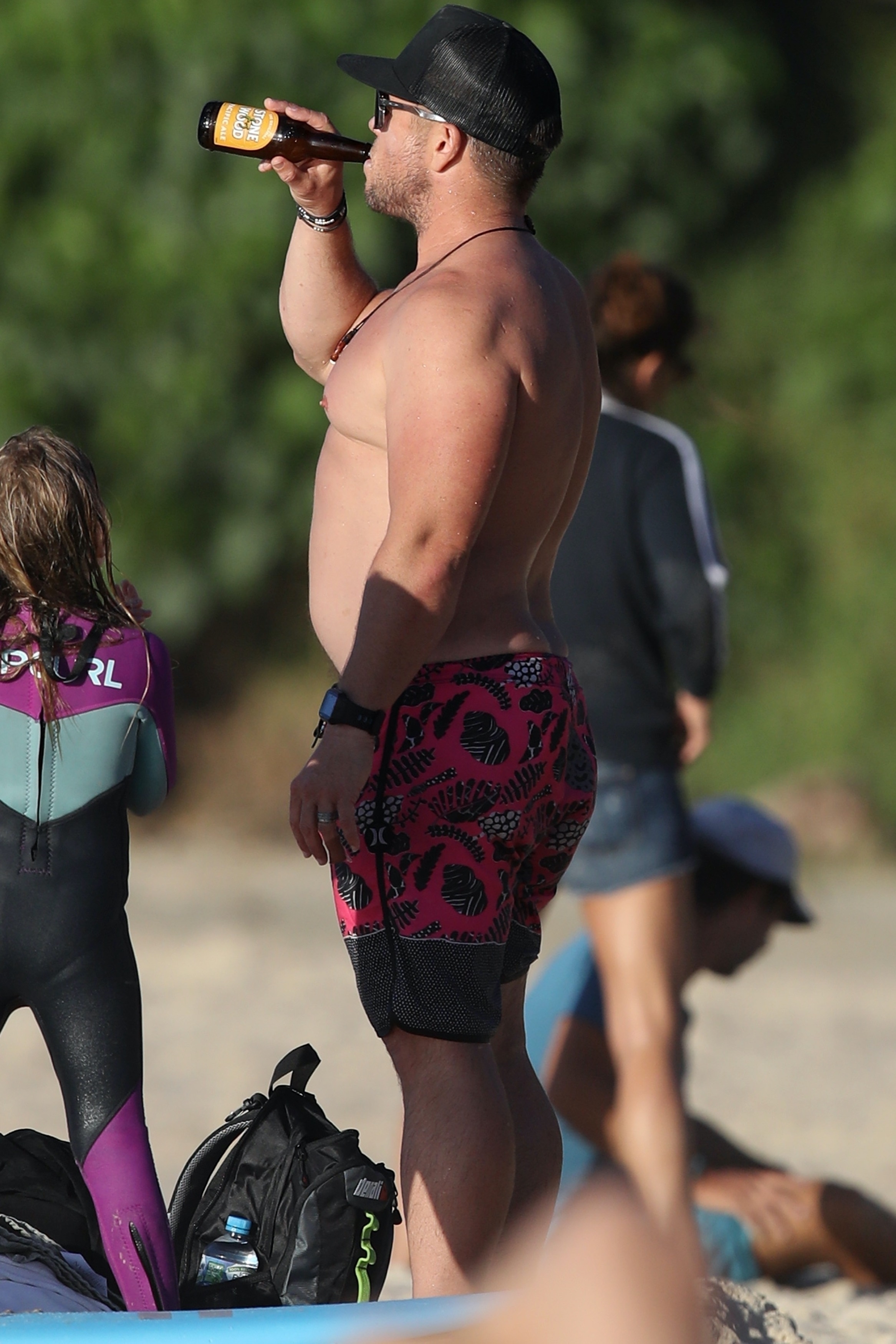 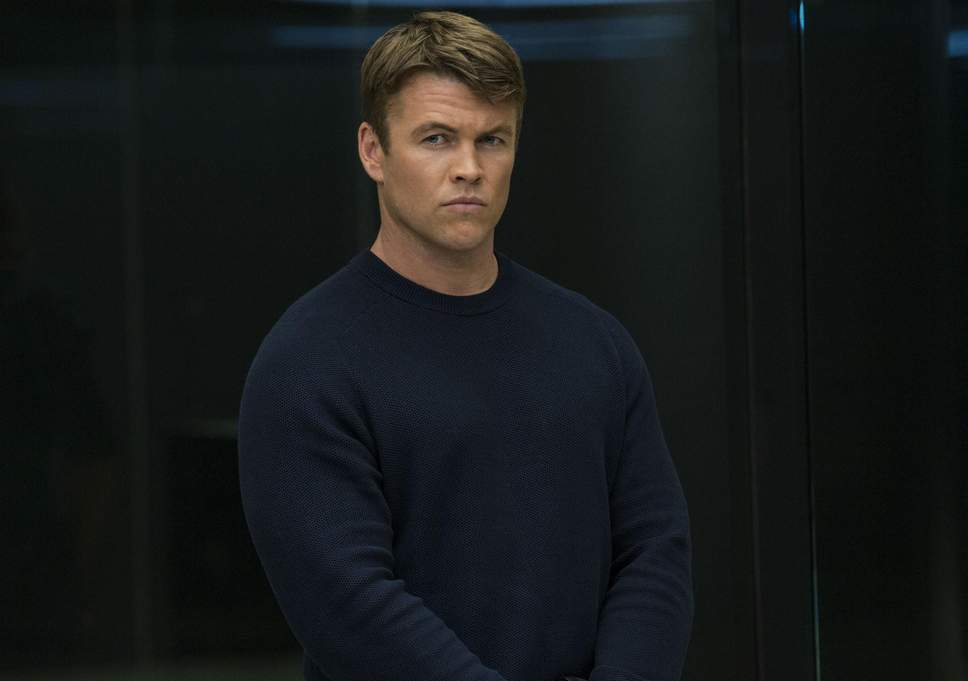 Earlier this month the Luke was kicked in the face by Evan Rachel Wood in a botched fight scene – just days after having an operation.

The 38-year-old actor plays Ashley Stubbs in the HBO sci-fi series, and clashes once again with Evan's character Dolores Abernathy in an upcoming episode from the third season.

However things didn't go to plan during the fight sequence, with Luke telling Variety: "That was all Evan, she does stuff and I try to keep up.

"It was a couple of days, I’d actually had surgery on my bicep, so I said, ‘Whatever you do, don’t kick me in the bicep.’

"So she kicked me in the face instead and that was fine.”