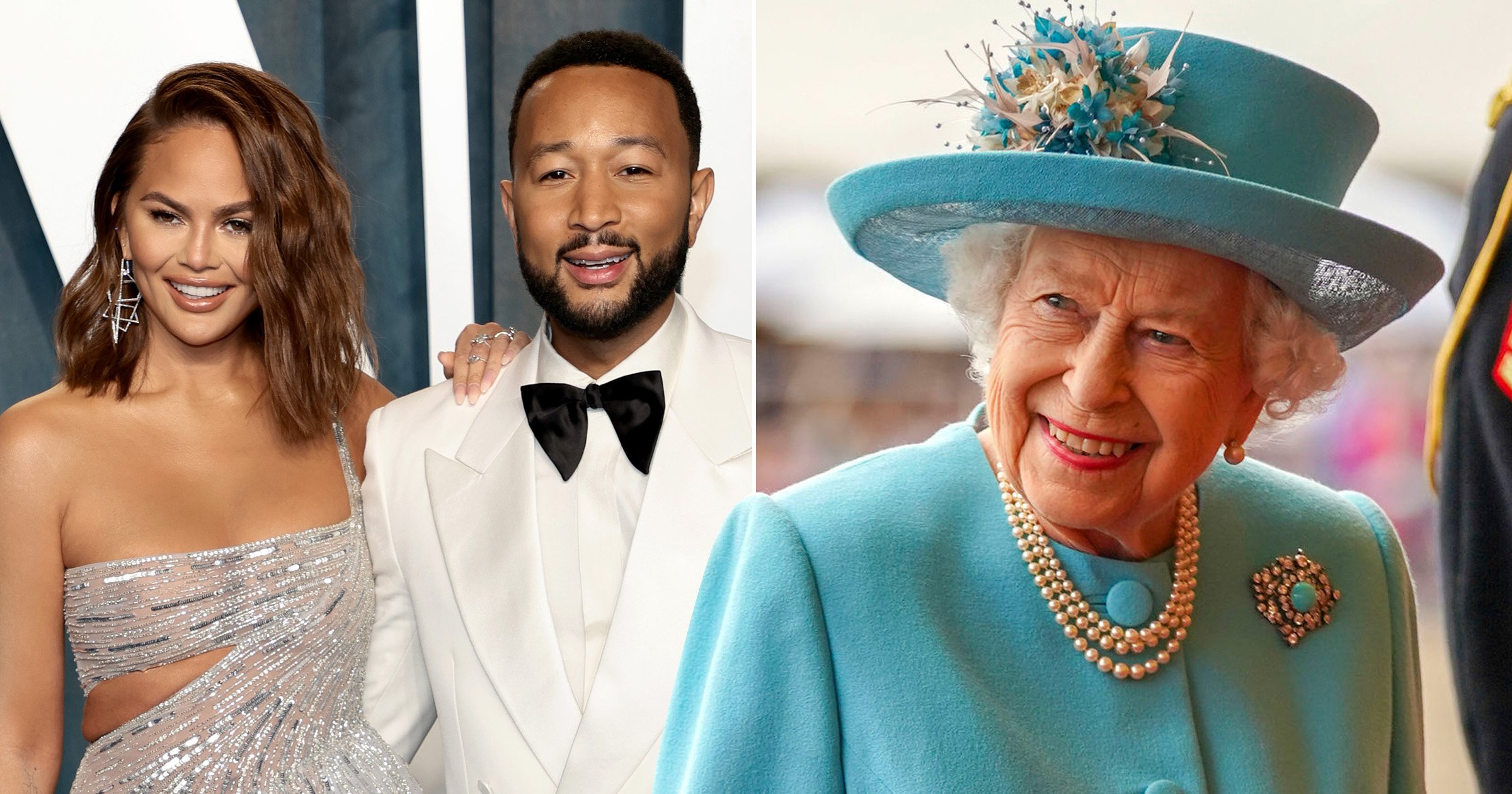 Chrissy Teigen made a cheeky dig about her husband John Legend being ‘bumped off’ a TV gig due to Queen Elizabeth II’s death, but it seems her joke hasn’t gone down well.

The Queen’s death, which was confirmed by Buckingham Palace yesterday evening, has sparked schedule changes on major broadcasters around the world.

Buckingham Palace confirmed the news that the Queen had died shortly after 6.30pm on Thursday, as celebrities and politicians around the world paid tribute to the monarch.

Since then, major broadcasters have announced changes to their schedules while events including BBC Proms and the National Television Awards have been rescheduled or cancelled.

All Of You singer Legend was supposed to appear on The Today Show, but, in light of the events, he was ‘bumped’ off, according to his wife.

Teigen took to Twitter to mock: ‘John getting bumped from The Today Show because the Queen died is a large scale version of my “bumped from New York 1 because escaped zoo animal”‘.

Her tweet has been slammed by people accusing her of being disrespectful.

‘It’s out of respect. Something you don’t appear to have a lot of,’ one person wrote.

Another added: ‘The Queen spent her entire life in service…not ‘self’. Taking some time to think about service and not ‘self’ would do everyone some good and make the world a better place.’

Someone else penned: ‘The death of a queen cancels out a Legend,’ while another wrote: ‘She’s an even bigger legend.’

Other people seemed to take Teigen’s side, with one saying: ‘WTH?! Are we also shutting down all regular programming?’ and someone else penning: ‘

‘Chrissy girl, I got where you were going with this but as soon as I read it I knew Twitter was going to come for you. Y’all give her a break,’ someone else wrote.

Legend’s stint on The Today Show is one of many events being rescheduled or cancelled.

In addition to the BBC Proms, the 2022 Mercury Prize was cancelled yesterday evening, with leftover food from the awards ceremony delivered to a charity to ensure it didn’t go to waste.

The Bafta Tea Party in Los Angeles was also dropped, while the Venice Film Festival continued to go ahead, where the British national anthem was played over speakers in the Italian city.