CORONATION Street fans are disgusted at Weatherfield’s police for charging Yasmeen Nazir with attempted murder despite them suspecting Geoff Metcalfe abused her.

The chef – who is played by actress Shelley King in the ITV soap – was frightened and horrified as she was told she was being charged.

However, earlier in the episode as the police questioned Geoff about what happened with Yasmeen for her to stab him – it was revealed he had previously claimed to be the victim twice before.

His son Tim interrupted to tell the police about how his “alkie mother” used to abuse Geoff, before the officer could point out she was talking about the other time he’d claimed to have suffered violence against a woman.

She asked him about the ex-girlfriend he was involved in a violent incident with at a pub, but a panicking Geoff tried to brush it aside.

He claimed he was the victim and she was an obsessed ex who attacked him when she found him drinking in his local pub. 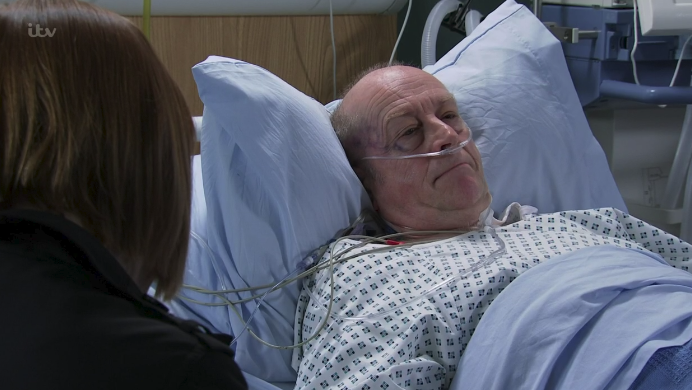 The detective clearly realised something was wrong with Geoff’s story – and judging by Sally’s face, so did she – and she asked him: “Sorry just to confirm, three times this has happened?

“At least three incidences of violence against you by women under the influence of alcohol?”

As Geoff furiously reacted about being called out, Tim stepped in to call Yasmeen a “psycho who tried to murder his dad”.

It was clear that Sally had just as many doubts as the policewoman. 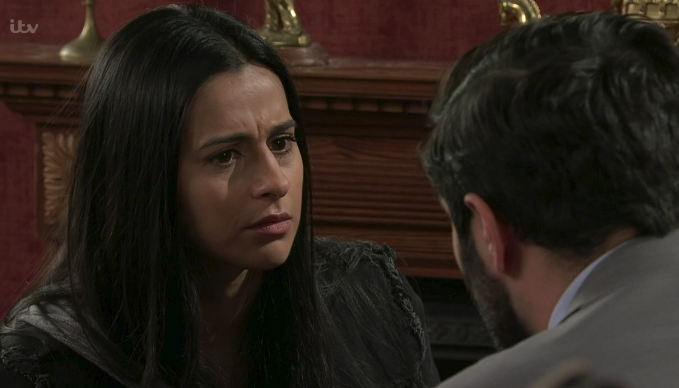 Later under questioning Yasmeen’s brainwashing was obvious as she refused to tell the police about what Geoff was saying and doing before she defended herself.

Instead she was obsessed with getting back to Geoff and the police did nothing but charge her with attempted murder.

Viewers were horrified by what was happening.

A second said: “#Geoff is making my boood boil and it breaks my heart Yasmine wants to see him #coronationstreet #DomesticAbuse."

Another added: “Sorry but cant watch this anymore #coronationstreet."