The handyman – played by actor Harry Visinoni in the ITV soap – died last week after he was violently attacked by Corey and his gang. 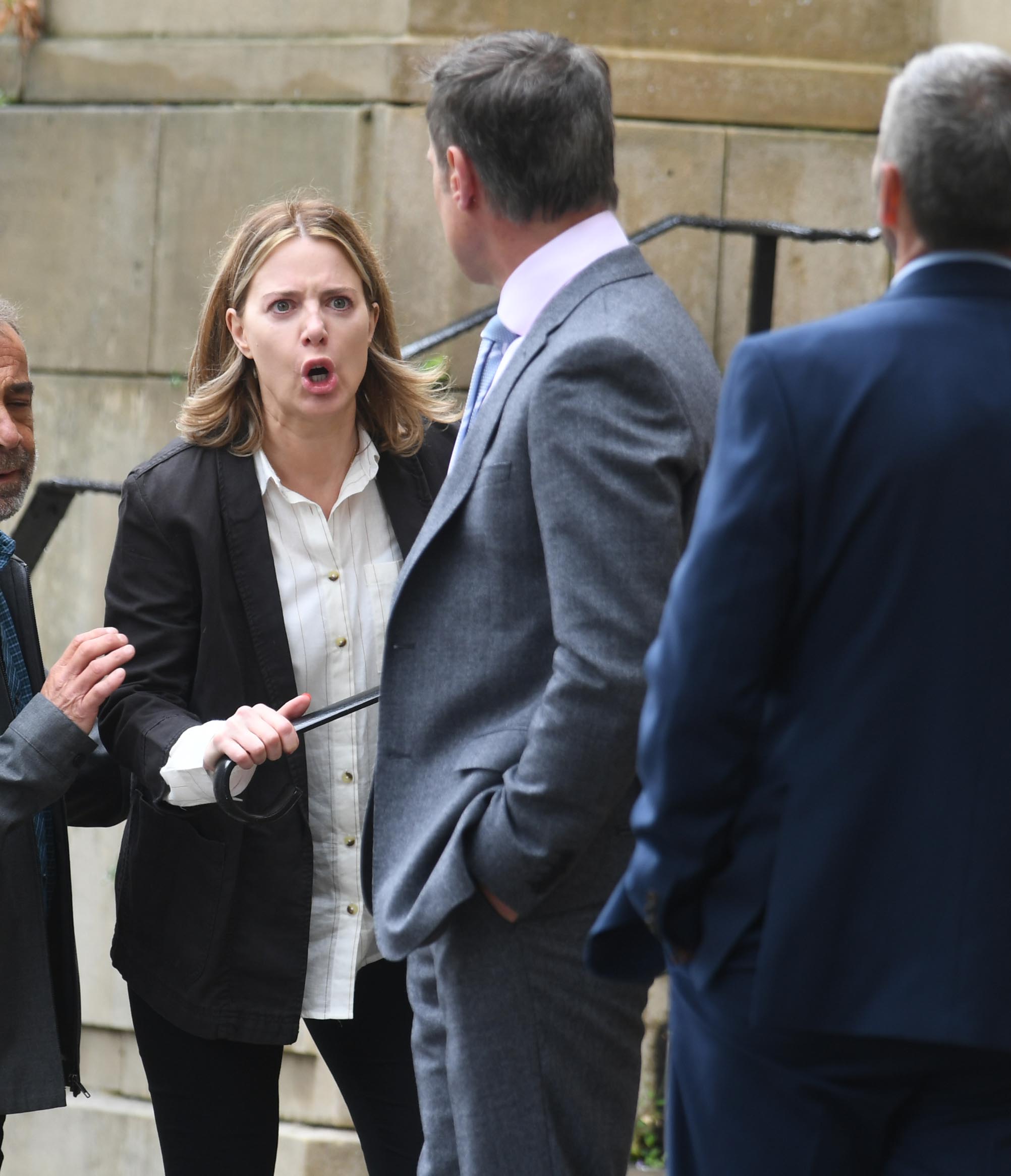 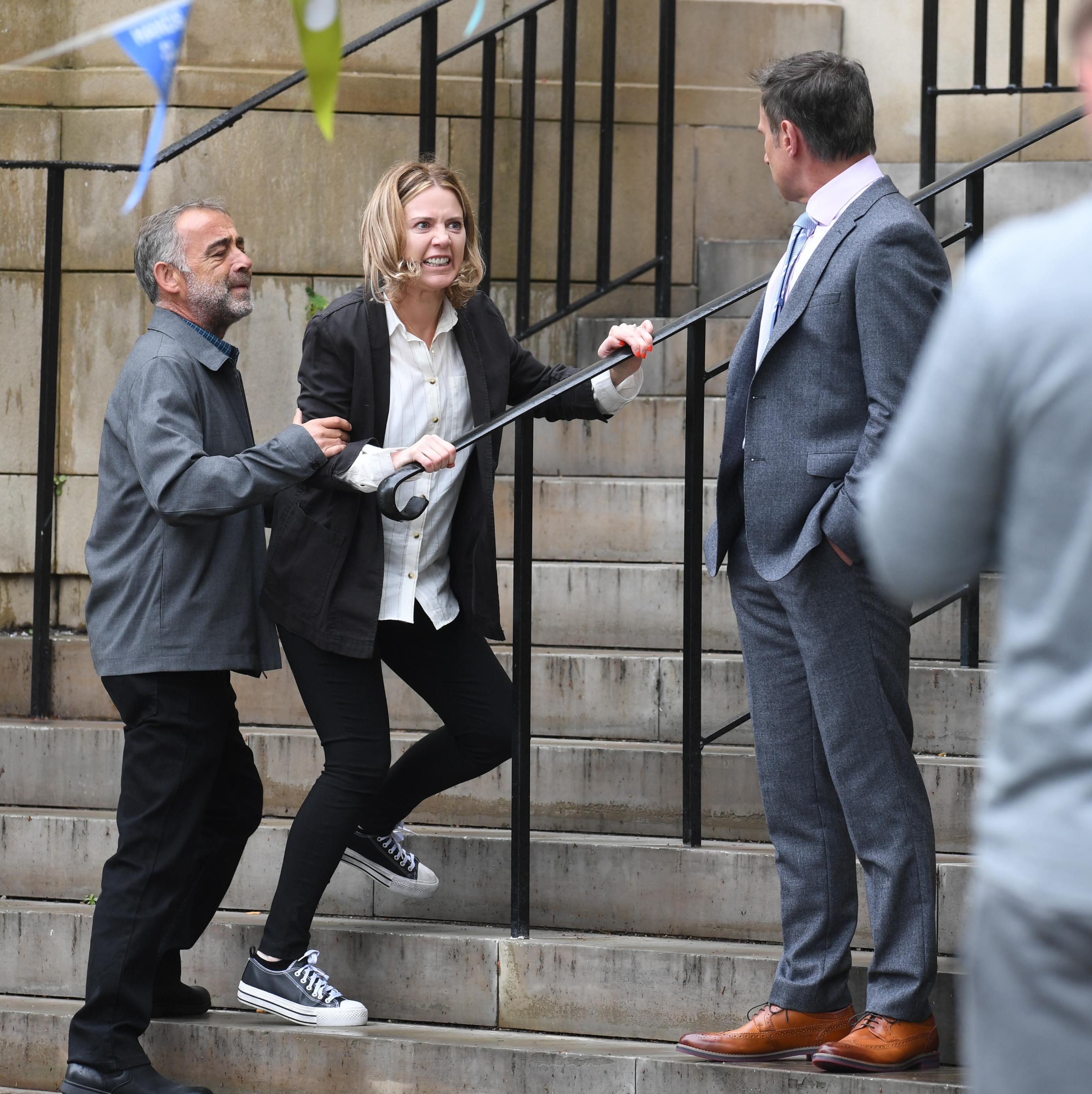 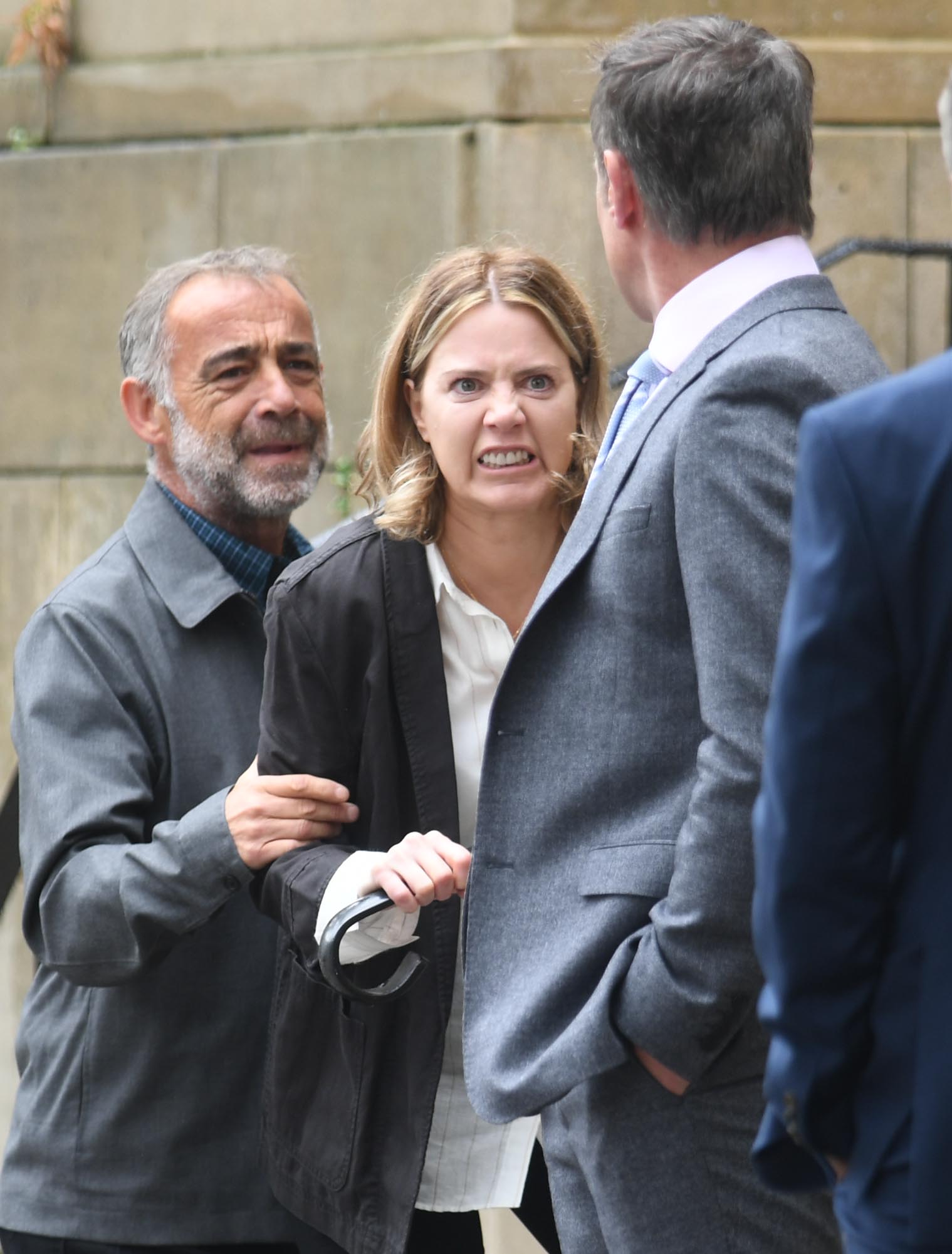 Wearing a black blazer, a white shirt and a pair of skinny jeans, Abi is set to have a full on confrontation with the evil schoolboy's dad.

Standing on the steps outside the court, Abi comes to blows with Stefan, who is played by actor Paul Opacic.

The mechanic is raging as she is spotted yelling at the businessman, while her fiancé Kevin Webster is seen restraining her.

Meanwhile, Stefan appears composed as he faces the wrath of Abi who continues to scream at him.

Abi is later seen breaking down in tears as she perches on the steps, it is clear that the horrors of her son's murder is too much for her to bear.

Policeman Craig Tinker is also spotted on set as Craig tries to stop her heading into court as she checks her phone.

Earlier this month, the cast returned to filming on location for the first time in 15 months as things begin to get back to normal in the wake of the Covid pandemic.

The coronavirus pandemic has had a significant impact on the soap world and restricted the show's options of where they can film.

The pictures set show Roy Cropper star David Neilson in his traditional character attire holding up an umbrella in the pouring rain.

He waited on the steps of the court with on-screen niece Nina Lucas, played by Mollie Gallagher, who appeared to share a joke with her co-star in between takes.

The teen, who was attacked along with Seb by the evil Corey and his mates, ditched her goth look in the aftermath but in the snaps from filming, she appears to be back to her old self as she sported an all-black attire. 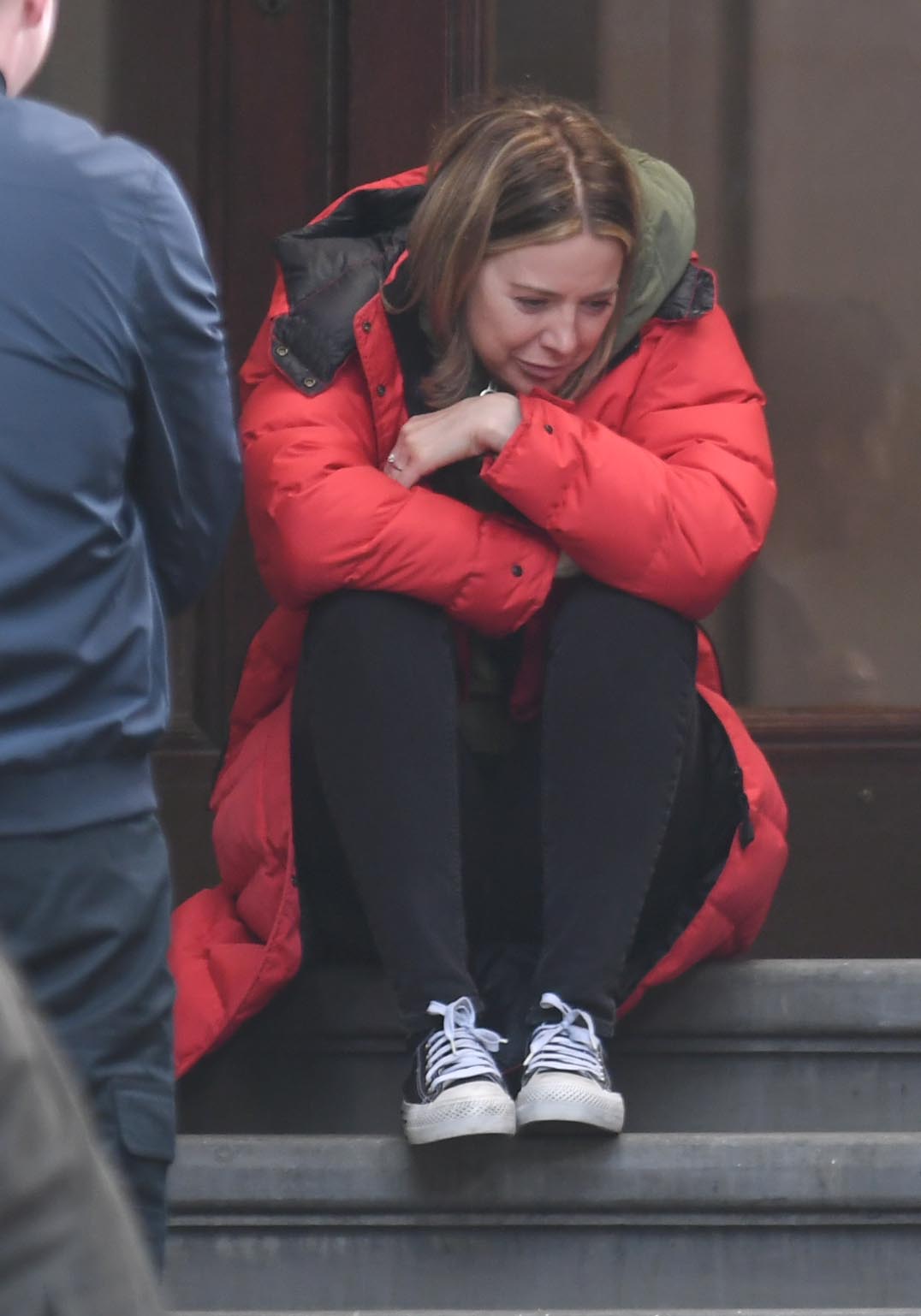 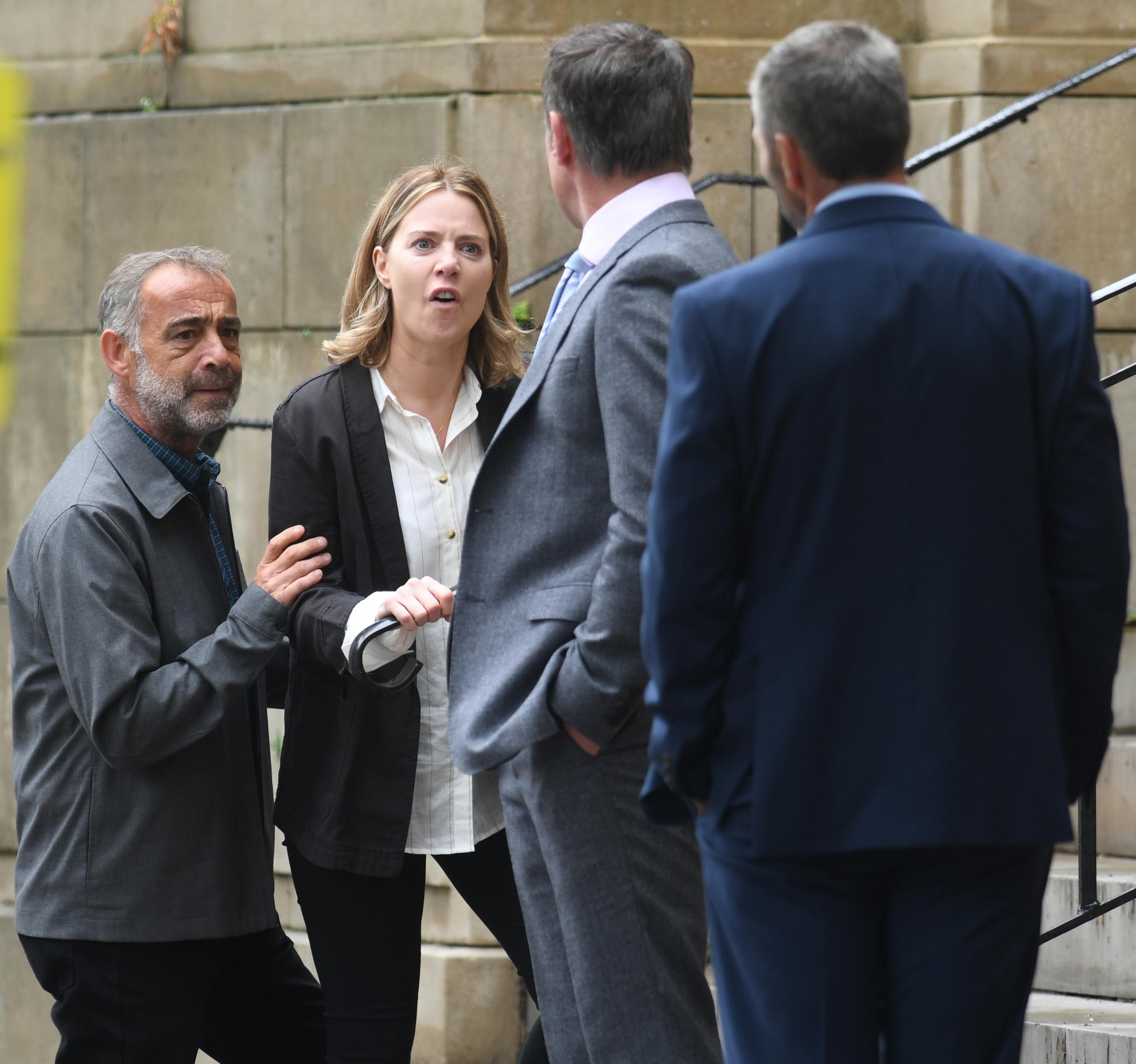 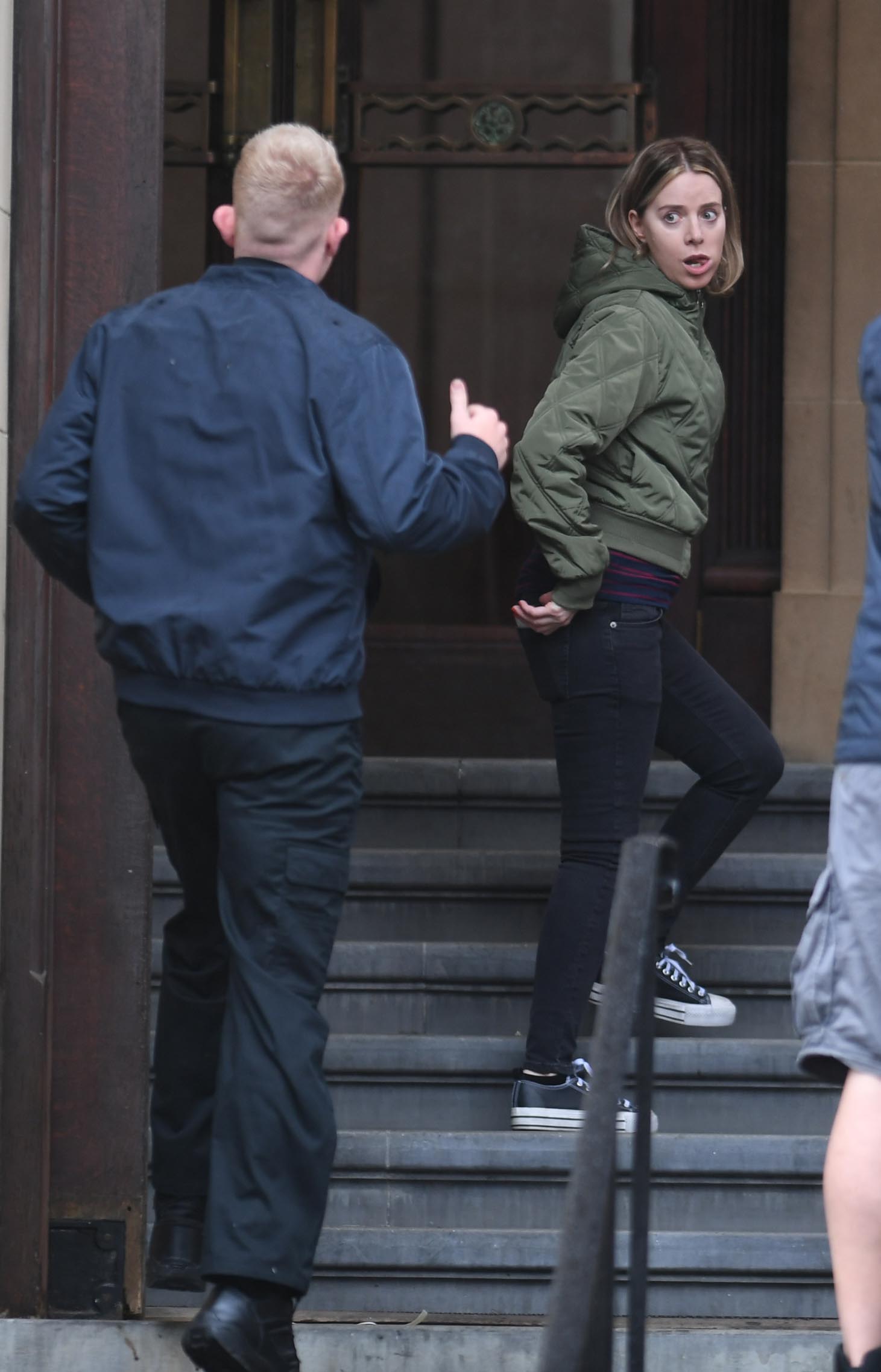 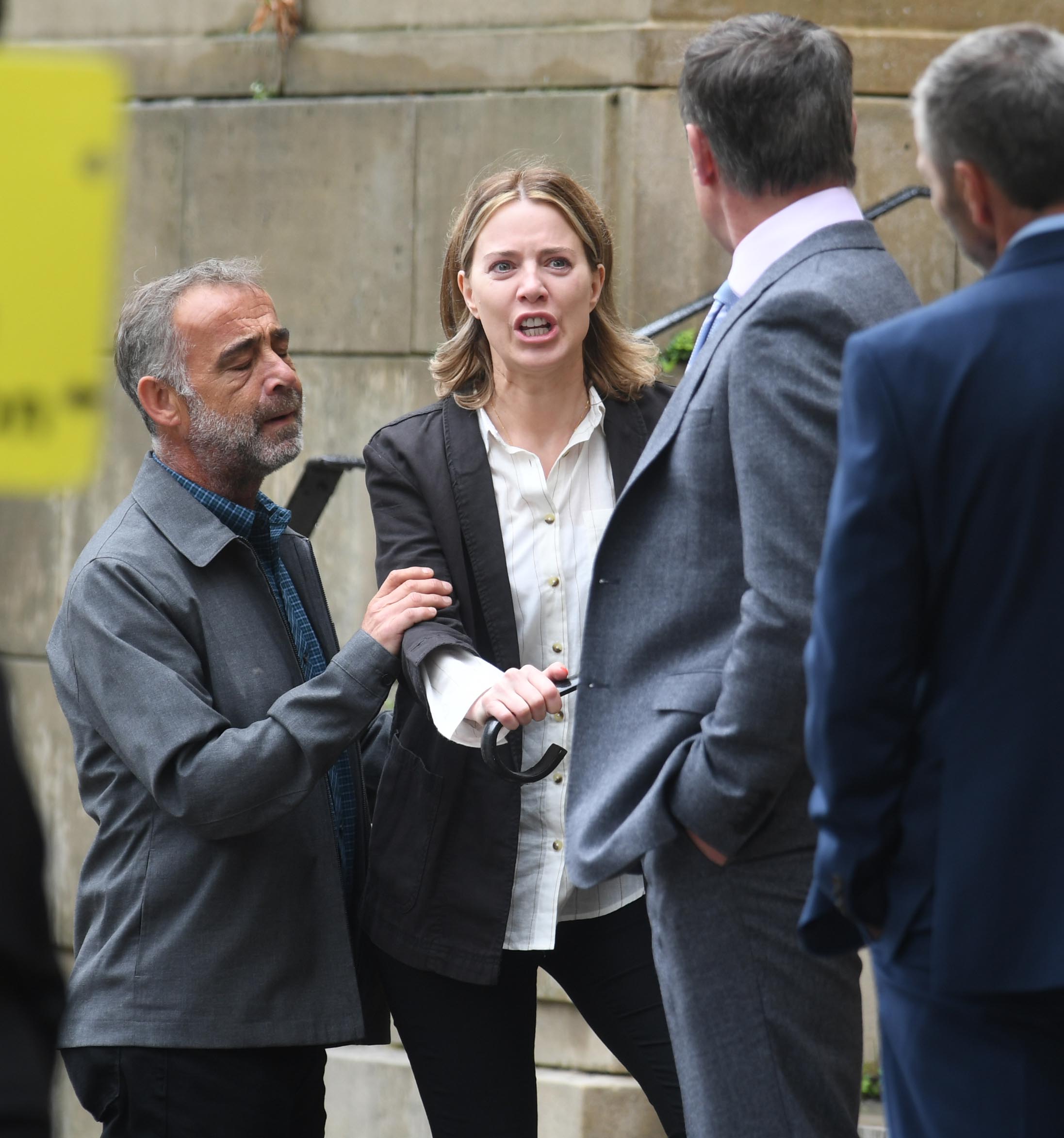 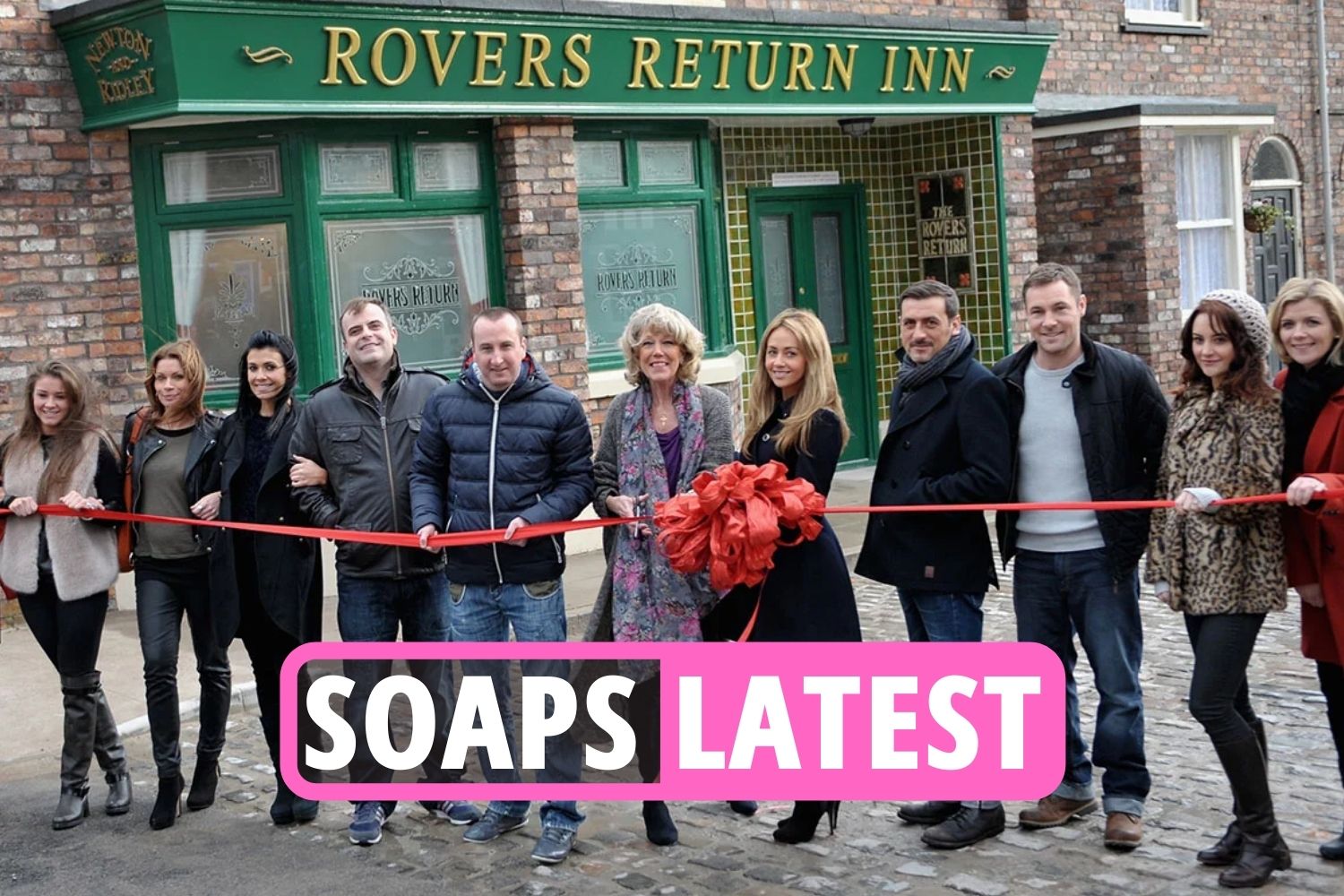 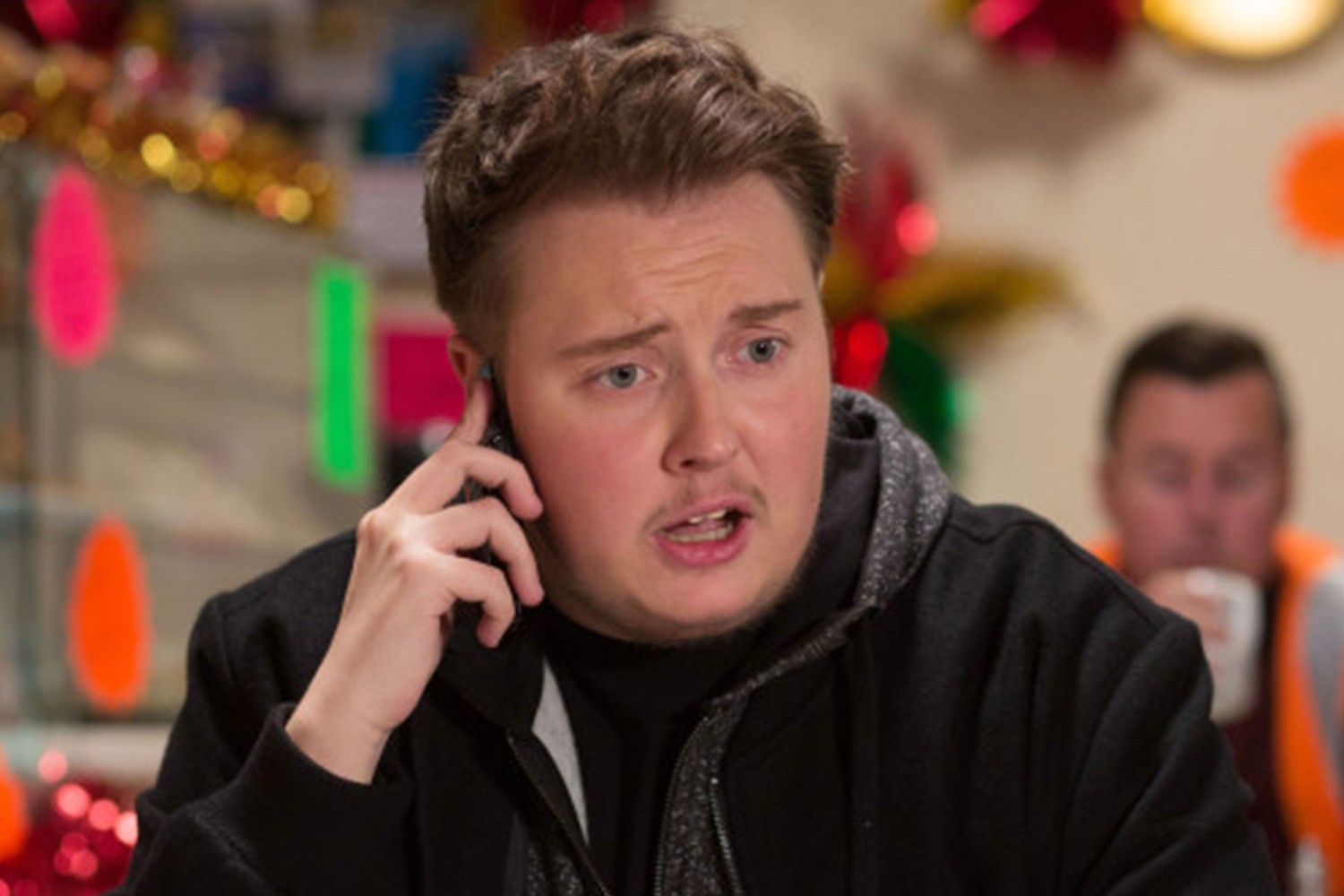 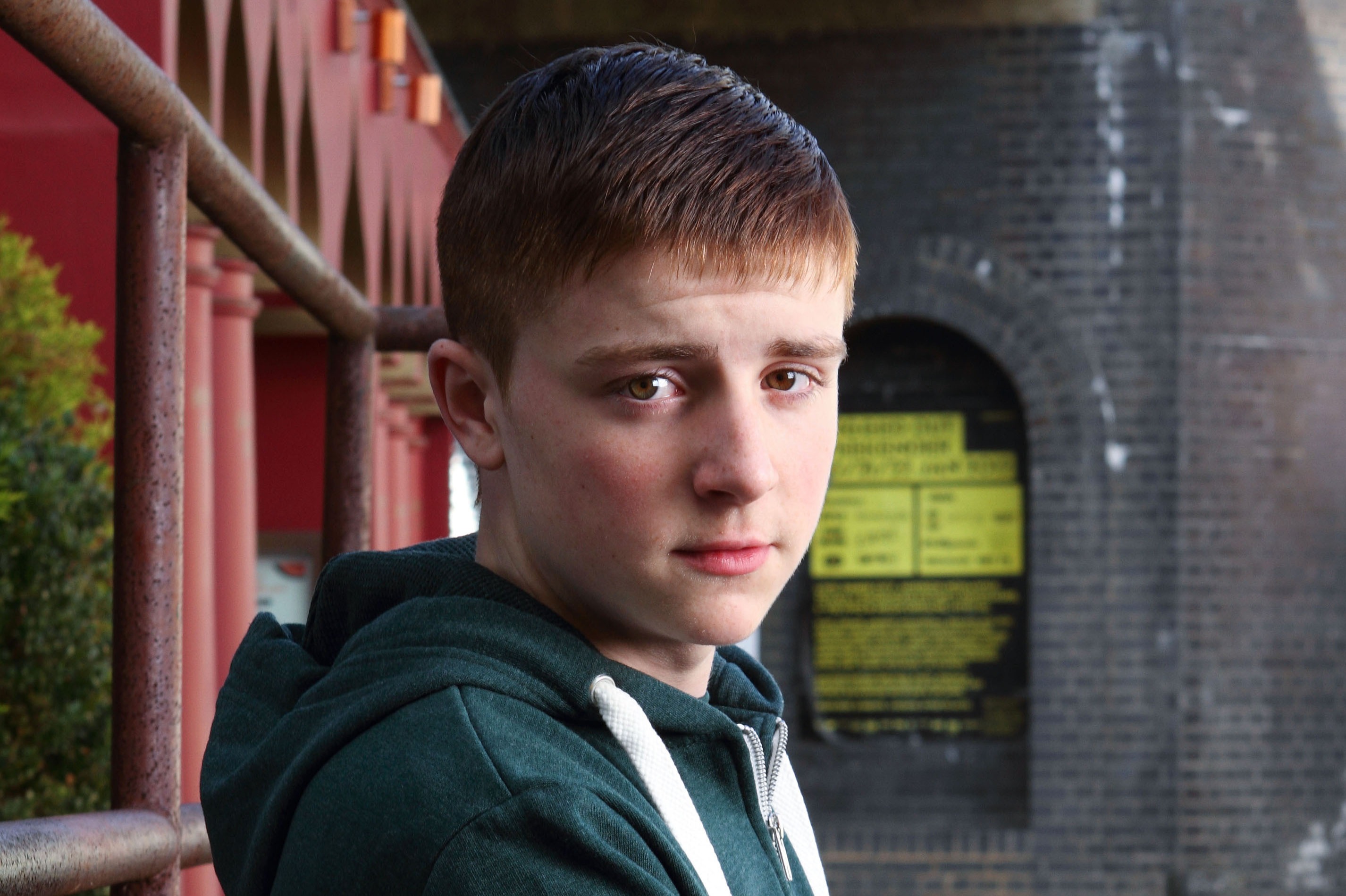