David (played by Jack P Shepherd) has had a turbulent few months on Coronation Street, given his wife Shona Ramsey (Julia Goulding) was shot on Christmas Day and the subsequent repercussions which have aired since. Now they are separated as the latter is currently in a rehab facility having lost her memory as a result of her injuries, viewers of the ITV soap will be wondering when the pair will reunite. However, she will be making her return later this year and she won’t be alone, leaving her husband utterly shattered.

Before Shona was ever in a relationship with David, he was blissfully married to his late wife Kylie Platt (Paula Lane) and the couple even had a daughter together, Lily Platt (Brooke Malonie).

The pair had their fair share of troubles, but they were torn apart forever when the barber’s current wife’s son, Clayton Hibbs (Callum Harrison), stabbed his beloved in the middle of the street.

Subsequent months saw the killer put behind bars and as time passed, the father-of-two developed a relationship with his mother.

Scenes last year saw the murderer escape from jail and hold the cafe worker hostage, though his plans failed as the authorities managed to put him back in prison – but not for long it seems as he is making a terrifying return. 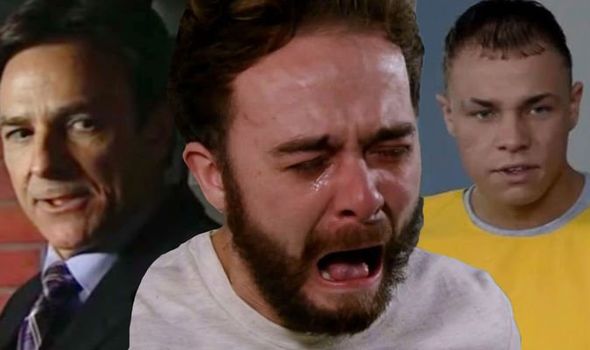 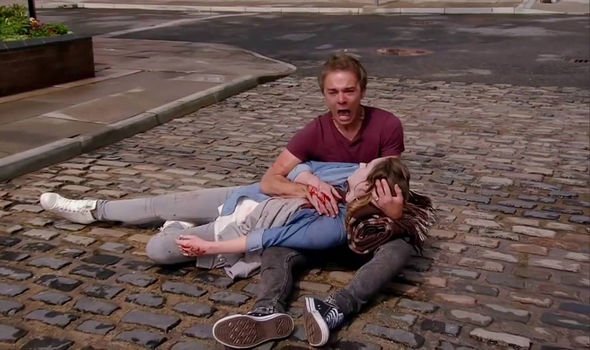 Viewers may have thought this was the last time the youngster was going to cause havoc for David, but the coming weeks will see the yob come face-to-face with his mother’s husband.

Shona had cut all ties with her child after he held her hostage, but he was the only person the beloved character could remember as a result of losing her memory.

Unfortunately, her mind was still playing tricks on her as she believed her husband’s step-son Max Turner (Harry McDermott) was her killer offspring before she made a temporary exit earlier this year.

After getting a place in a rehab facility in Leeds, the cafe worker told medical professionals she was refusing to see her other half as she had no idea who he was, leaving him completely heartbroken. 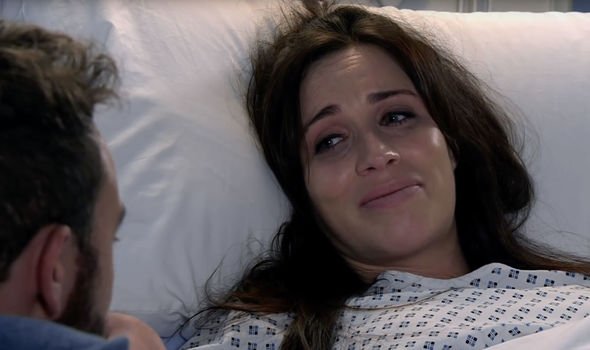 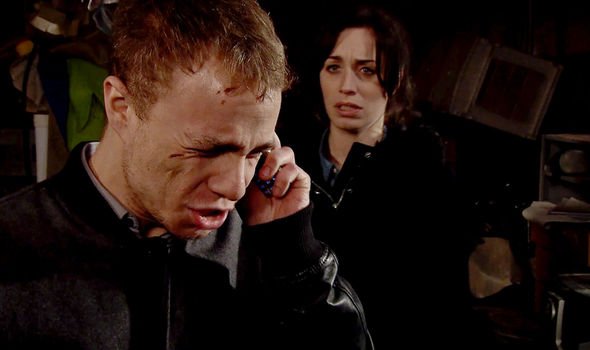 It was revealed last week actress Julia, 35, has returned to filming for the soap three months after giving birth to her baby son, and it seems her character won’t be alone.

Given he was the only person she could remember, it seems Shona will be reunited with her killer son in some capacity.

Pictures from on-location filming have shown the beloved character with Clayton is scenes which come as she’s supposedly finished her treatment at the facility.

Given he was last seen being carted off to prison, viewers will have to wait and see what brings him back into his mother’s life.

Go down the route of changing Clayton’s life around

Clayton’s step-father won’t be best pleased about the news as The Sun has acquired footage of the soap stalwart confronting a group of thugs.

The scenes could come after he learns his late wife’s killer is out of jail, sending him into turmoil given how much he youngster has ruined his life.

However, it could be the troublemaker is back on the scene under police guard and the rehab facility are using him to help with his mother’s recovery.

Having spent almost a year with no contact between him and his mother, could the youngster be a changed man?

Following the troubled character’s exit last year, soap star Callum spoke about what he’d like for Clayton’s future if he were ever to return.

Speaking to Metro.co.uk, the actor said: “I would like to go down the route of changing Clayton’s life around and showing knife crime because knife crime’s a big thing nowadays.

“So, I’d love to be able to go through Clayton’s life and changing round and hopefully give a good example to the public because obviously, it’s really bad at the minute.”

Will David get the change to exact revenge and get rid of his late wife’s killer once and for all?