Fans were thrown into emotional turmoil last week as Ken Barlow (played by William Roache) said goodbye to Weatherfield with his partner Claudia Colby (Rula Lensky). Not only this but Ken was forced to leave his beloved dog Eccles with Tracy Barlow (Kate Ford). Trouble could be on the horizon for the Weatherfield original as he clashes with some of the residents at the new retirement home.

Over the last month, Ken has made it clear he didn’t think moving to a retirement home was a good idea.

Tonight saw Ken and Claudia settling into their new life at Still Waters, but cracks soon started show as Claudia quickly volunteered for Ken to join the literary society.

Resident Felicity mentioned to them both that one of the residents that ran the evening had been hospitalised after a nasty game of Yahtzee.

It quickly became clear that Ken could be stepping on some of the residents’ toes by taking over the evening. 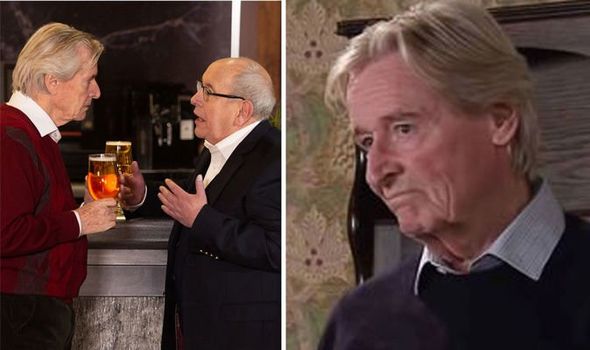 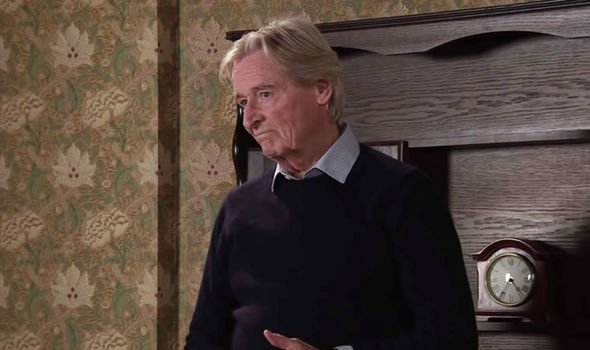 Ken and Claudia entered the function room and he immediately noted how many chairs there were.

Felicity strolled in and said: “Should be a bumper sell-out, I really gave it the hard sell. We don’t have many live authors pass through.

“Francis, meet Claudia and our very own writer in residence Ken.”

Francis immediately started to talk about all the famous authors he had seen talking around the world, piling on the pressure for Ken. 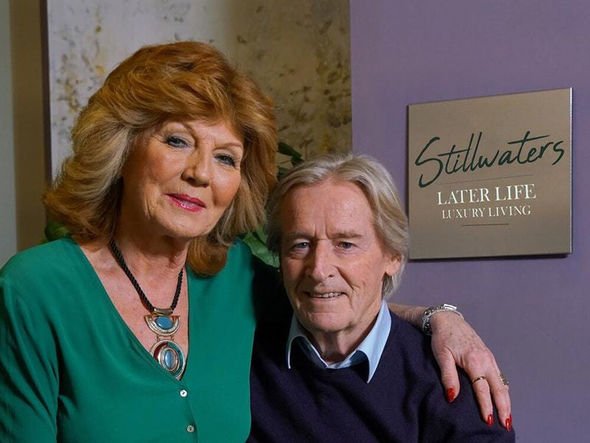 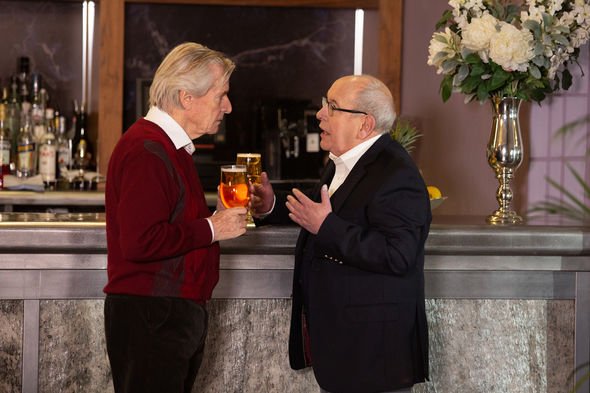 It quickly became clear Francis was a very well-travelled, intelligent man and looking for Ken to wow him.

Not only this but it was quite clear Francis had taken a liking to Claudia.

Later in the episode, Ken read his piece to a very packed room but his audience had an awful lot of questions.

One, in particular, was another Weatherfield favourite, Norris Cole (Malcolm Hebden).

Norris said: “Charles introduced you as our new writer-in-residence here, so just how many books have you had published?”

When Ken finally admitted it had just been the one, the audience was on his side, but Norris was still keen to undermine him.

Could a battle be about to commence between Ken and Norris?

Or will the two Weatherfield originals come together to fight off any of the other residents they clash with?

Fans were left “in tears” last week as Ken bid a final farewell to his dog Eccles.

One wrote: “To leave the Street is bad enough but to leave Eccles. Don’t do it Ken #Corrie.”

“I’d choose Eccles over Claudia all day long #Corrie,” someone else commented.

Coronation Street continues on ITV on Wednesday at 7:30pm.