Coronation Street’s Steve McDonald (played by Simon Gregson) was horrified when he returned to his son Ollie, who he was meant to be looking after, to discover the young lad was having a seizure. When Leanne Battersby (Jane Danson) realised Steve had left Ollie in Summer Spellman’s (Matilda Freeman) care, she was furious and lashed out but how far will she go to protect her young son?

In the latest instalment of the ITV soap, the concerned dad kept his whereabouts at the time of Ollie’s seizure a secret but when Leanne was told the truth she stormed over and demanded answers.

Steve brushed off her accusations with a half-hearted apology before lashing out at Nick Tilsley (Ben Price).

Furious with the father of her young son, Leanne quipped: “There’s always an excuse with you.”

“I nipped out for 10 minutes, Summer’s very responsible look at the way she handled everything,” he hit back. 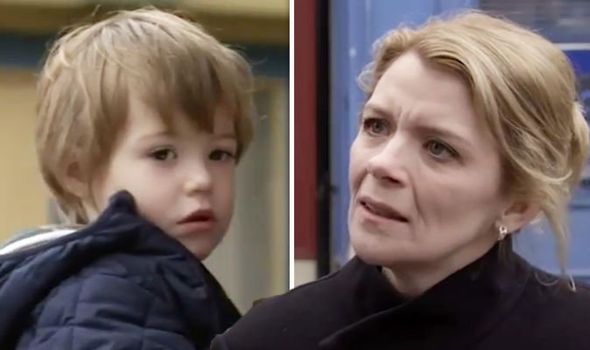 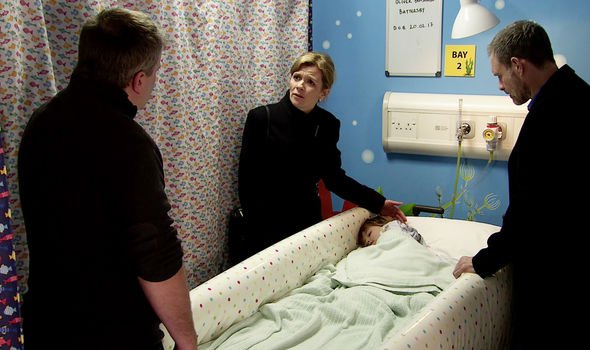 “What was so urgent you felt you could abandon your son?” Nick asked.

Steve explained he rushed out to help his eldest daughter Emma Brooker (Alexandra Mardell) but when Nick made a snide comment, the minicab driver got angry.

Justifying his actions, Steve remarked: “I went out, it was an emergency, that’s all.”

“Every time, every time he’s always last on your list of priorities,” a furious Leanne quipped. 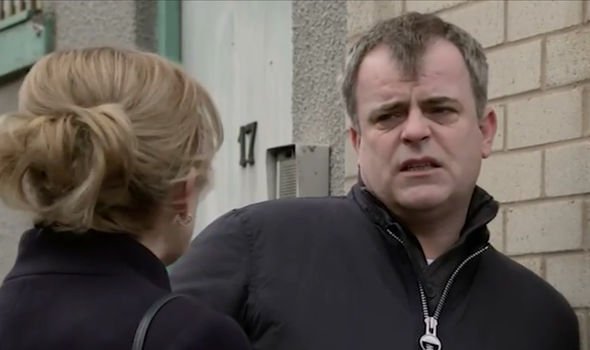 “Believe me, Leanne, other people feel the same way,” Tracy Barlow (Kate Ford) agreed as she sided with the concerned mum.

“I’m more of a father to Oliver than you’ll ever be,” Nick swiped but Steve retaliated.

“Well you’re not though, are you? Because you’re just someone who lives with his mum,” he said.

Later, Steve went over to Leanne and Nick’s flat to apologise and once again prove to Ollie’s mum that he wasn’t being irresponsible.

“[Ollie’s] alright, no thanks to you,” she remarked. “Do you really think he needed you going off on one after the day he’s just had?”

“I’ll give him a cuddle,” Steve suggested before Leanne hit back: “No it’s alright, Nick’s got him.”

Annoyed with Leanne’s partner, Steve commented under his breath before Leanne told him he should be “grateful”.

“I made a mistake,” the father-of-three pleaded to which Leanne remarked: “One in a long line.”

“Look I’m holding my hands up here, what more do you want me to do?” Steve asked.

“Behave like a responsible parent cause I’m warning you if you let him down again and that will be it. You’ll be arranging visits through my solicitor, you got that?” the angry mother added.

Leanne was told at the hospital that Ollie’s seizure could be a sign of something more serious but the parents had to wait patiently before the doctor could rule anything out.

Could the concerned mother take her frustration out on Steve and take his son away from him by leaving Weatherfield or will she head straight to her solicitor to keep him away from Ollie?