Shona Ramsey (played by Julia Goulding) returned to Weatherfield during Monday night’s instalment of Coronation Street and it was clear from the moment she stepped back onto the cobbles, she was a different person. Fans of the northern soap will remember Shona falling victim to evil Derek Milligan’s (Craige Els) Christmas Day gun siege and as a result of the brain injury she suffered amnesia, leading to changes in her personality. But there is one person who understands exactly what she is going through – Nick Tilsley (Ben Price). Could there be a surprising plot twist which sees Nick betraying David Platt (Jack P Shepherd) and growing closer to Shona?

It was touch and go for Shona after the dramatic Christmas Day episode which saw her end up in hospital.

Viewers saw her in a coma for several weeks, but she eventually regained consciousness.

Her husband David was by her side every single day, however, from the moment she opened her eyes, Shona failed to recognise the once-familiar faces looking back at her.

It quickly became clear; Shona had lost some of her memory – doctors are yet to try and figure out how much.

It wasn’t long before Shona was transferred to another, more specialist, hospital in Leeds – this also coincided with the actress who plays Shona leaving the soap temporarily for maternity leave. 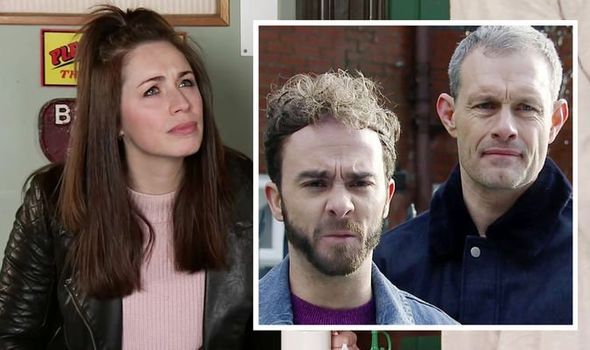 In heartbreaking scenes, Coronation Street fans saw Shona refuse David’s visits and he was left to deal with everyday life as if he hadn’t just lost the love of his life.

Following a few months away, Shona’s condition has been stabilised and experts revealed she may never regain all of her memories, but that it shouldn’t stop her from living her life.

Earlier this week, she made her comeback, and from the off, you could tell something was different; from her mannerisms, to her comments.

Some viewers were divided by the ‘new’ Shona, while others simply loved her and they took to Twitter to comment.

“I must admit I love this shona lol #corrie,” one wrote while another said: “I prefer the new Shona #Corrie.” 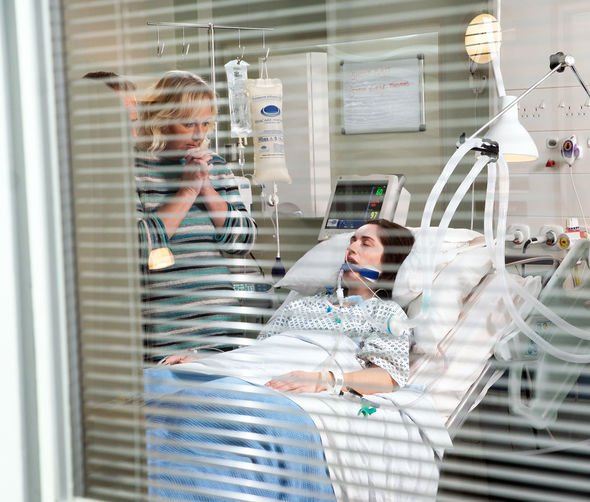 However, a few thought her inability to think before she speaks might get her into trouble.

After escaping from David’s house, Shona was caught wandering the streets by Roy Cropper (David Neilson), who managed to coax her inside for a cup of tea.

He contacted the care worker and after a conversation between Roy and David, with Shona’s input, it was decided she would live with Roy.

When she went to see her new home, Shona’s behaviour shocked some viewers.

“Oh my god shona that was a bit brutal #corrie,” a fan wrote after Shona laughed at Roy explaining how his wife, Hayley Cropper (Julie Hesmondhalgh) had died of pancreatic cancer. 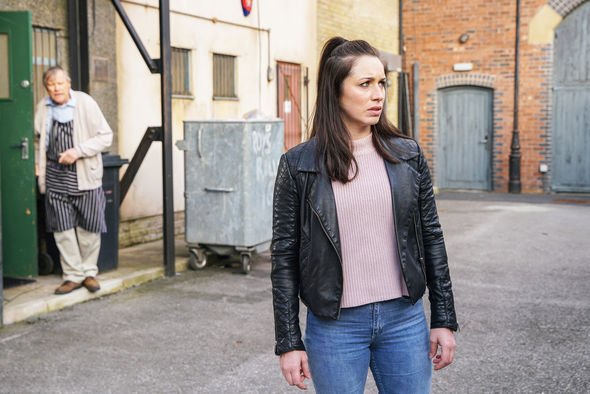 “Very inappropriate for Shona to laugh about Hayley passing away #corrie,” another added while a third said: “This new Shona is scary af – don’t like it lol #Corrie.”

Someone did however suggest a possible scene or even storyline for Shona: “Would love a scene of Nick and Shona bonding over their brain injuries #corrie.”

This isn’t a very far-fetched idea, after all, some many remember Nick’s affair with David’s first wife, Kylie Platt (Paula Lane) ended in him experiencing his own brain injury.

Following their one-night stand, Kylie discovered she was pregnant, but was unsure as to who the father was – David or Nick.

It wasn’t long before Gail Platt (Helen Worth) found out, but she kept the secret in fear the truth would only stress David. 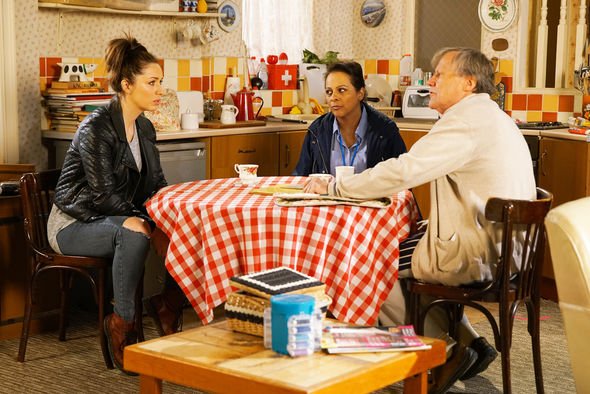 However, an anonymous letter was sent to Leanne Battersby (Jane Danson), informing her to question Nick about his activities that Christmas Day.

Meanwhile, Nick was having to deal with the realising it was David who was watering-down the spirits in the Bistro, for which the restaurant was being investigated for.

The two brothers got in the car and went for a drive and Nick confronted David before confessing to sleeping with Kylie, and that’s when things turned dire.

David unfastened Nick’s seatbelt and grabbed the steering wheel causing them to veer off the road, and they hit an oncoming truck.

Nick ended up in a coma following the accident and it was two months before he woke up.

He too experienced sudden memory loss and can relate to what Shona is currently going through.

With Shona not wanting to be anywhere near David, perhaps Nick will offer to speak to Shona.

Nick is also dealing with a lot at the moment, his wife Leanne’s son – Oliver – had a recent diagnosis which will see his life end sooner than any child should have to.

But Leanne is determined to deal with it herself and has been pushing Nick away.

Considering all he wants to do is help, and if Shona accepts that, Nick will feel wanted, could the two grow closer as they discuss their shared experience?

After all, it wouldn’t be out of character for Nick to sleep with another one of David’s wives…

Coronation Street airs weekdays at Monday, Wednesday and Friday at 7.30pm on ITV.