Counting On star Jinger Duggar has done her best to become an Instagram influencer in recent years, though she’s had some trouble with her campaigns. Duggar, who has more than 1.3 million followers, seems to often get herself involved in certain influencer deals and giveaways that then fall through. Fans have noticed, and someone recently called her out on her “scam.” 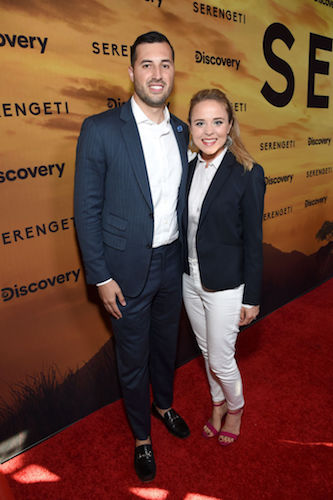 Jinger Duggar was once a fan favorite on ‘Counting On’

Though Counting On has been in between seasons for a while, Duggar has always been someone who fans love to watch. She married Jeremy Vuolo in 2016, and the two started a new life together in Laredo, Texas. From there, Duggar began finding her own self. She ditched the long skirts she’d been forced to wear as a child in favor of more modern pants and shorts. She eventually dyed her hair blonde and chopped most of it off, essentially creating a whole new identity for herself. And fans always loved to watch her grow.

As Valentine's Day slowly approaches, I thought it would be nice to go for a new hairdo! Speaking of that special day, I've got a Valentine's Spotify playlist out and would love to hear what you guys think of it! Please check it out by visiting the link in my bio ??

RELATED: Do Jinger Duggar’s Siblings Approve of Her Modern Fashion?

Jinger Duggar is trying to make a living through Instagram

The Duggar daughters are not college educated and areencouraged not to work. They’re supposed to take care of their home, husband,and kids. But most of them are trying to make money for their families in theprocess. Duggar has become involved in several influencer campaigns, but all ofthem have fallen through becauseof Duggar’s beliefs. She attempted to promote a donut company, a rugcompany, and a fashion designer — but every ad was pulled.

Duggar recently announced a contest to give away $4,000 cash to two lucky winners. She announced the rules on her story and asked that fans follow her new account to enter. But just hours later, the contest had been deleted from her Instagram page.

Duggar recently clapped back at a fan who called her out

Duggar deleted the post without explanation, and some fans weren’t happy about it. When Duggar later posted a photo alongside her husband, complete with a caption that echoed her religion, one fan called her out. “What happened to the $8000 giveaway? I guess it was just a scam. Shame on you!!! And you come and talk about religion? Bull crap!!!” one user wrote, complete with emojis. The comment received hundreds of likes and replies.

I always prayed for a husband who loved God more than anything, because that would be a man who would know how to truly love me. I’m so grateful for this man.?

Though Duggar normally ignores critics’ comments, she clearly didn’t want her name soiled – and promptly answered the fan. “Appreciate your concern!” Duggar answered. “We did not review the post before it went live and are no longer in that partnership.” Duggar didn’t explain why, though — she only said that she’s hoping to do another giveaway of some kind at some point. Her reply received more than 1,000 likes.

She’s been receiving more criticism on social media than usual

Though Duggar was once a fan favorite, people seem to begrowing increasingly hostile toward her on social media. She took heat forleaving the water on during a video of Felicity washing her hands, and she’sreceived consistent comments about her relationship with Vuolo and whether ornot it’s healthy (she ended up deleting a video thatreceived harsh feedback).

Duggar has also remodeled her Instagram, being careful toonly post high quality photos — and some fans think they’re too fake looking. Still,Duggar has plenty of supporters who genuinely appreciate her content and don’tonly visit her page to troll.