Courteney Cox is currently doing the same thing you've been doing for years before it left Netflix: She's binge-watching Friends.

During Jimmy Kimmel's latest at-home taping of his talk show Jimmy Kimmel Live!, the actor behind Monica Gellar admitted she's using the time she has on her hands due to the coronavirus pandemic to take a walk down memory lane. "I decided during this time—people love the show so much—I decided to binge-watch Friends," she said.

It turns out, she would totally recommend it. “I just started season one. It's really good," she added. Really? I never would have guessed.

“I don’t even remember even being on the show. I have such a bad memory,” she told Kimmel. "I remember loving, obviously, everybody there, and having fun, and I remember certain times in my life that I was there. But I don’t remember episodes. I would never pass. I fail every test." 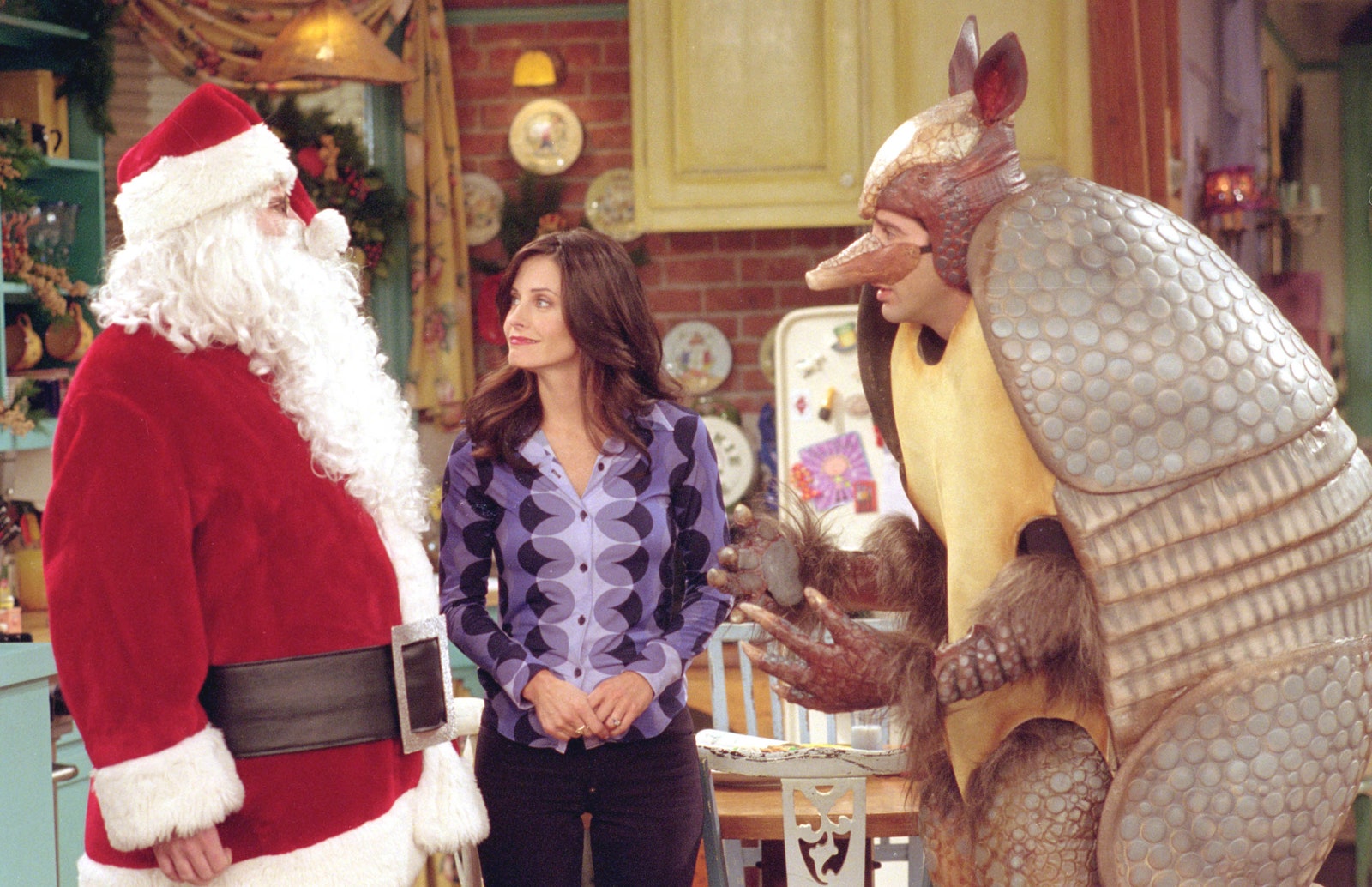 Quick, Courteney Cox! What episode is this from?

(**see the end of the article for the answer)

Cox promised that by the end of her quarantine she's going to know "so much more," but Kimmel didn't give her a chance to even get through season two before he quizzed her right then and there. He brought his cousin Anthony (a Friends superfan) into the chat to play against the person who just admitted they can't remember what happened on their own show (to be fair, there are 236 episodes of content).

Kimmel tried to go easy on Cox by only asking questions related to Monica, but she still couldn't even remember that Monica's first kiss was with her brother. Seriously, who could forget that? “Ross was my first kiss? What episode was that?" Cox asked. (Season 10, Episode 11: "The One Where The Stripper Cries." You're welcome.)

While HBO Max's highly-anticipated Friends special has delayed filming due to the coronavirus pandemic, Cox said the cast already had their own recent reunion. "We had a meeting except for David Schwimmer, who was in New York. So we were all in the same room, which was really fun," Cox said.

Hopefully, by the time they all get back together to actually shoot the unscripted event, Courteney Cox will be all caught up with her trivia.