Dancing On Ice saw Britain’s Got Talent star Ben Hanlin eliminated in a skate-off against Paralympian Libby Clegg last weekend as he just missed out on the final. Joe Swash sailed on through to the last instalment of the year but saw himself in a horror injury during training with his partner, Alex Murphy, as he today provided an update to his fans on Instagram.

This weekend will see the skating competition return for one last time this season as one of the remaining couples will be crowned winners of Dancing On Ice 2020.

Joe Swash, Libby Clegg and Perri Kiely are all in the running to gain the title as Ben Hanlin saw himself knocked out in the semi-final.

However, it hasn’t been free from drama as one of the finalists suffered a horror head injury after their partner accidentally kicked him with their skates.

Ex-EastEnders star Joe has continued to impress the panel with his confident skates as he has easily progressed through the competition. 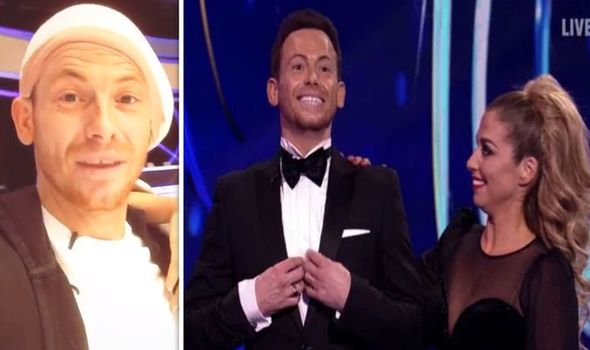 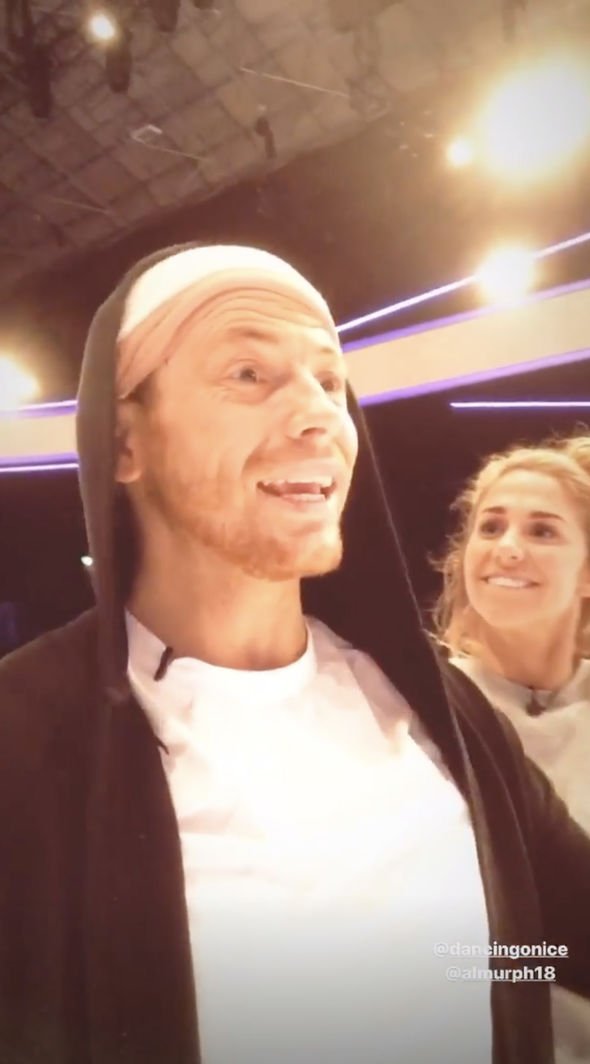 However, he suffered a huge injury scare after his girlfriend, Stacey Solomon, shared a picture of Joe on social media, saying: “I can’t talk right now I’m actually crying (with laughter).”

The competitor had a massive bandage on his head, which Stacey shared with her 3.9 million followers.

She later explained: “Joe is safe and well and still dancing, he just had some sort of ear infection and it looks to me like they’re being precautious.”

Today, Joe provided an update on his injury as he addressed how he had managed to sustain it in the first place. 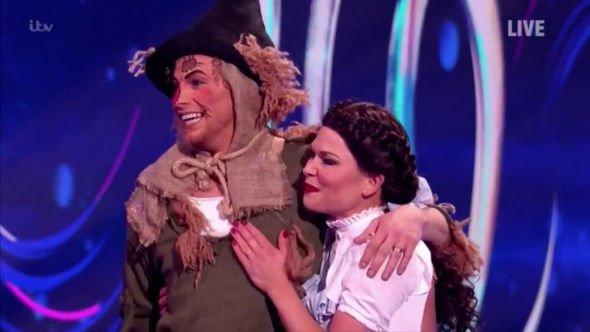 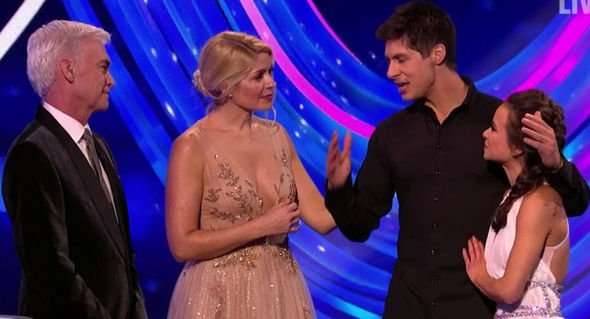 “I thought we’d get the elephant out the room and talk about this stupid, ridiculous bandage on my head,” he said.

“So basically what happened was me and Al here doing disco…”

“My skates kicked him in the ear,” confessed his partner Alex.

Joe added: “Her skates kicked me in the ear, which gave me cauliflower ear.”

Luckily, Joe has been confirmed to appear in the final on Sunday night after his injury scare.

An ITV spokesperson told Express.co.uk: “He is performing in the final on Sunday. He explains it all on his Instastory today.

He went onto reveal the injury had forced him to take a trip to A&E, telling fans: “Then it got infected which meant last night I had to be rushed to hospital and have an operation on it.

Alex said: “Cut it open, squish it out,” as Joe added: “Get out all the gooey stuff.

“The best thing is, the doctor told me I’ve got to keep this on my head, till Sunday. All week we’re going to be doing the Bolero looking like this,” Joe stated as he let fans catch a glimpse of his huge bandage.

He’s not the first star to suffer an injury on the show as fellow contestant, Ben Hanlin, saw his arm slashed by his professional partner Carlotta’s razor-bladed skate.

The three remaining couples will skate routines choreographed by Jayne Torvill and Christopher Dean, in what is sure to be a stunning finale.

As usual, the final two couples will perform Torvill and Dean’s iconic Bolero routine which won them their Olympic gold medal.

As the three finalists will all be back to skate in Sunday night’s final, who will be emerge victorious?

Dancing On Ice concludes on Sunday at 6pm on ITV