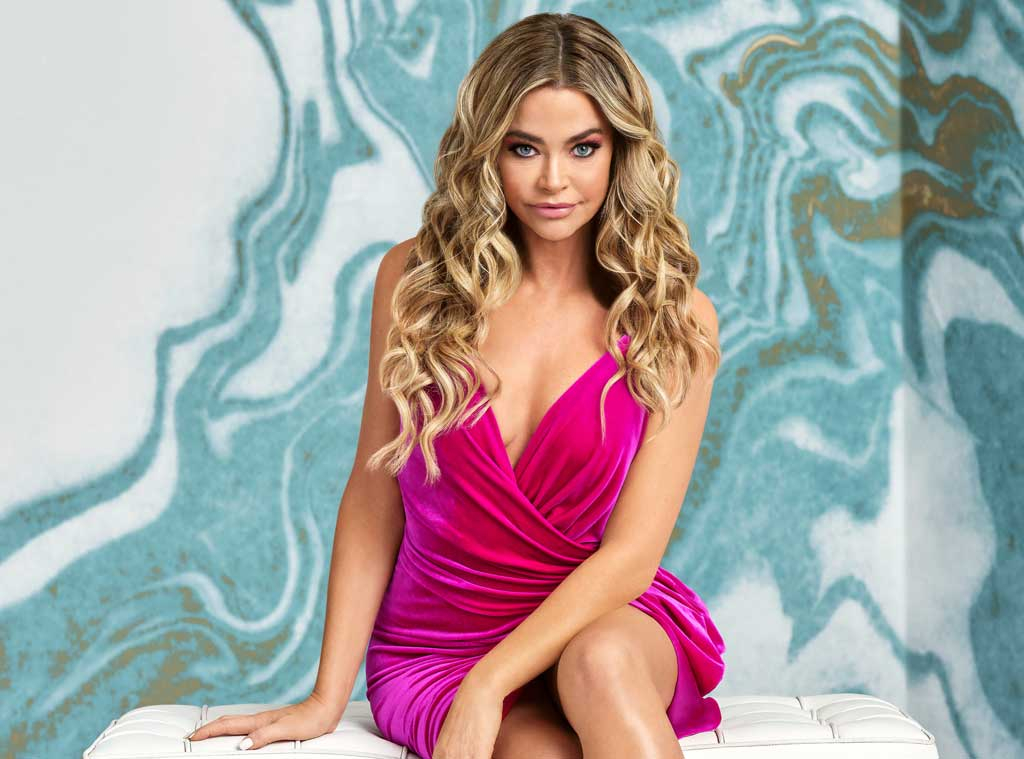 The quote, which came from a confessional in the Wednesday, May 13 episode of the Bravo series, was Denise commenting on an argument she was having with Kyle Richards. You see, Kyle took issue with Dorit Kemsley not showing up to Teddi Mellencamp‘s event because she was taking the time to get glam and was trying to get passed it, but Denise wanted to know who Kyle thought was a “fake ass bitch.”

Kyle and Denise went back and forth at dinner over the “fake ass bitches” comment and said Denise had stepped up her glam game in her second season on the show.

“And even you, Denise, who were like down to earth, and no make-up last year and you’re like all of a sudden getting glam, like what do you care?” Kyle said, noting Denise’s added makeup and diamond ice sculpture at her pizza party. 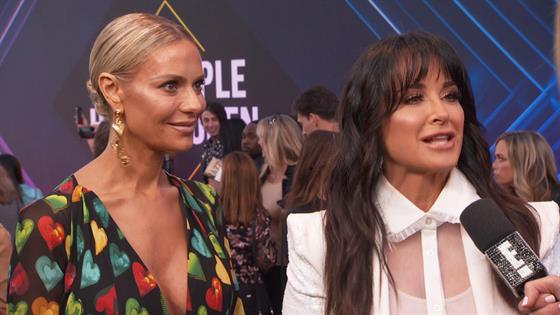 “Who gives a s—t if I have a goddamn ice sculpture? Who cares?” Denise says, citing she has had extravagant parties for years. “Why am I fake because of that?”

“I’ve been an actress in this business for a long time,” Denise tells Kyle at the table. “I’ve done glam for my job. Half the time you guys see me, when I meet you, I’m coming from f—king set.”

And that’s when Denise’s now-iconic line came in the confessional. “I am f—king Denise Richards, Kyle.”

What are the other most iconic Housewives lines? Read on below. 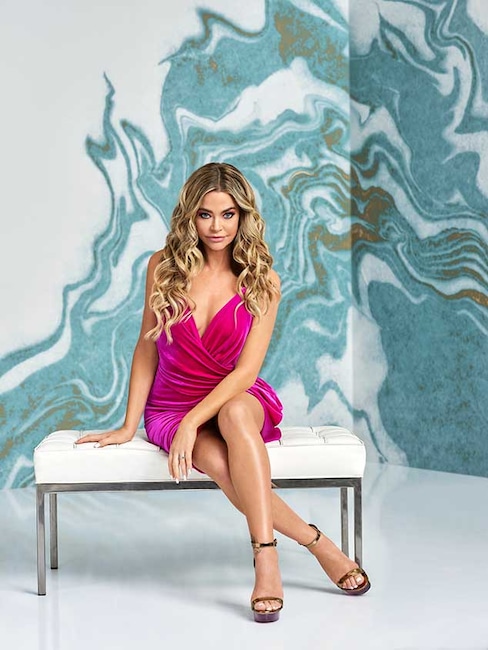 “I am f–king Denise Richards, Kyle.”

Denise said this in a confessional while recounting an argument with Kyle over getting glam. 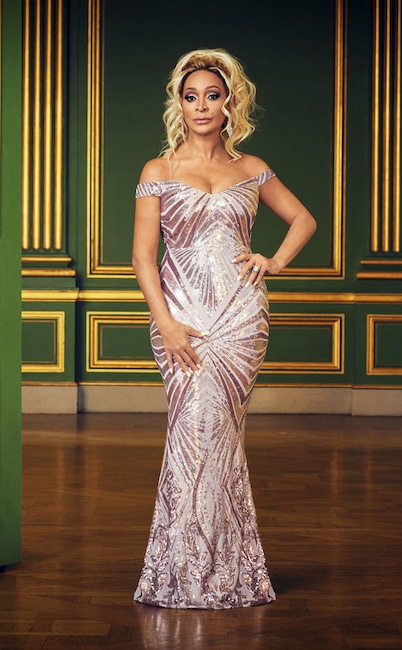 “People come for me all the time. They just don’t find me.”

Karen Huger said this in season one and it took a whole new meaning in season three when her costars tried to ambush her at home. 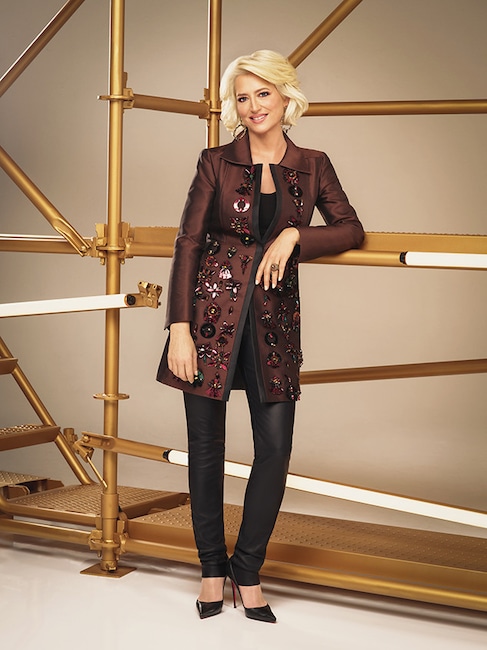 Dorinda Medley is a whole mood. 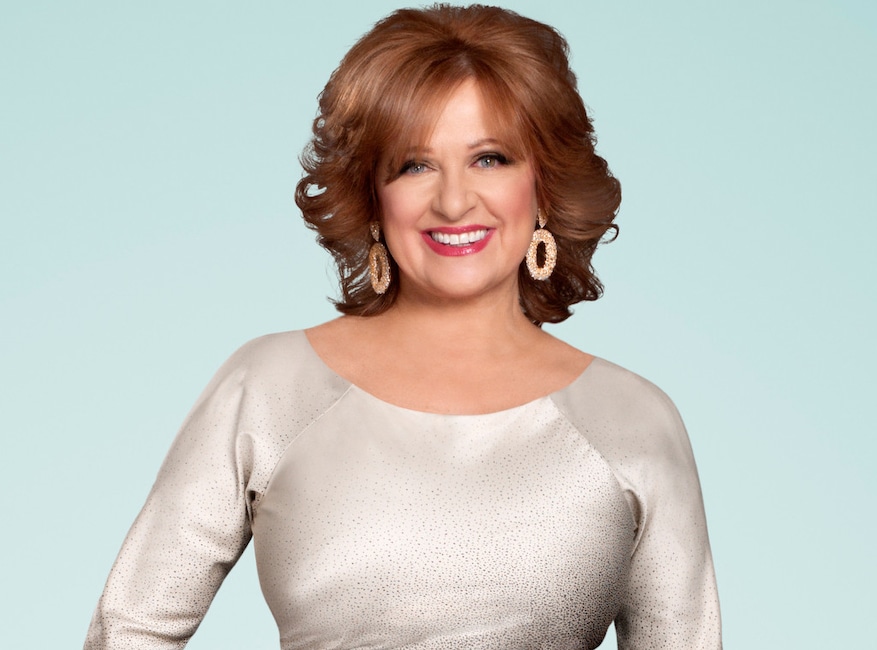 “You’re a clown.” and “When I called you garbage, I meant that you were garbage.”
Caroline Manzo’s final meeting with Danielle Staub (until the reunion) ended with some magical words and their delivery was spot on. 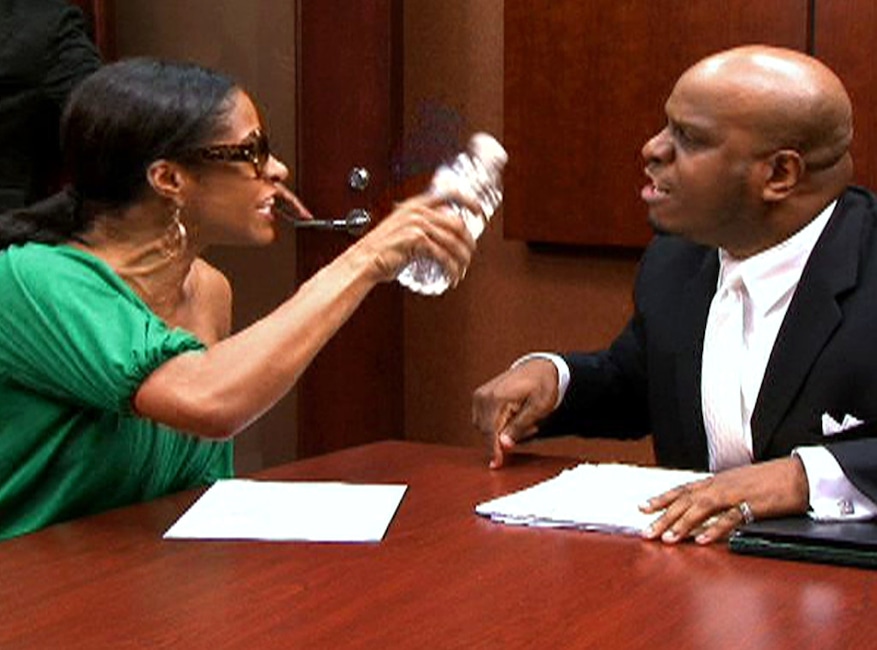 There is really nothing to say about this one. You know this one. It speaks for itself. 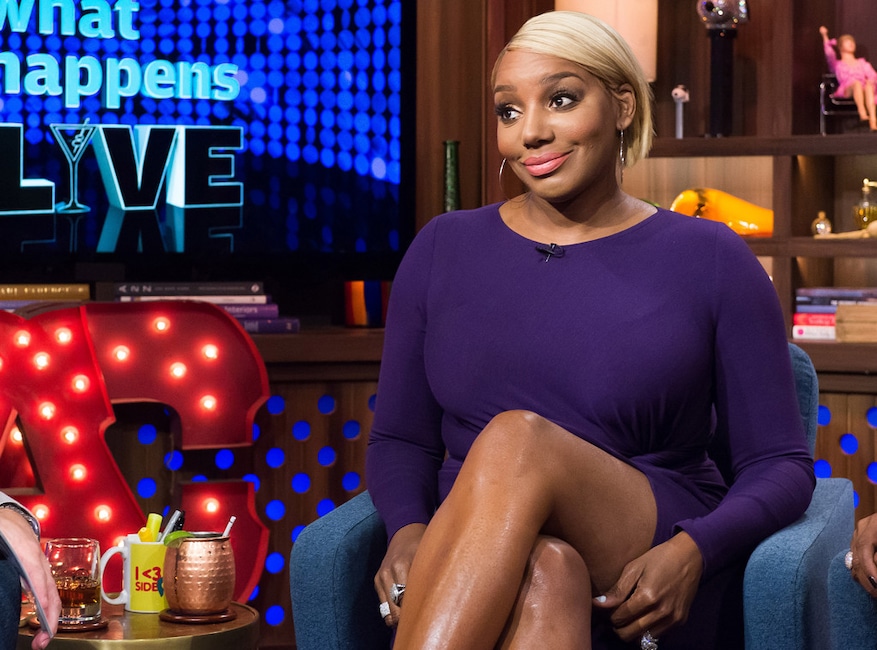 Has somebody wronged you? Don’t like their behavior? NeNe’s reunion line instantly became a hit, it even made it into her tagline for the following season. Here’s the GIF for your needs. 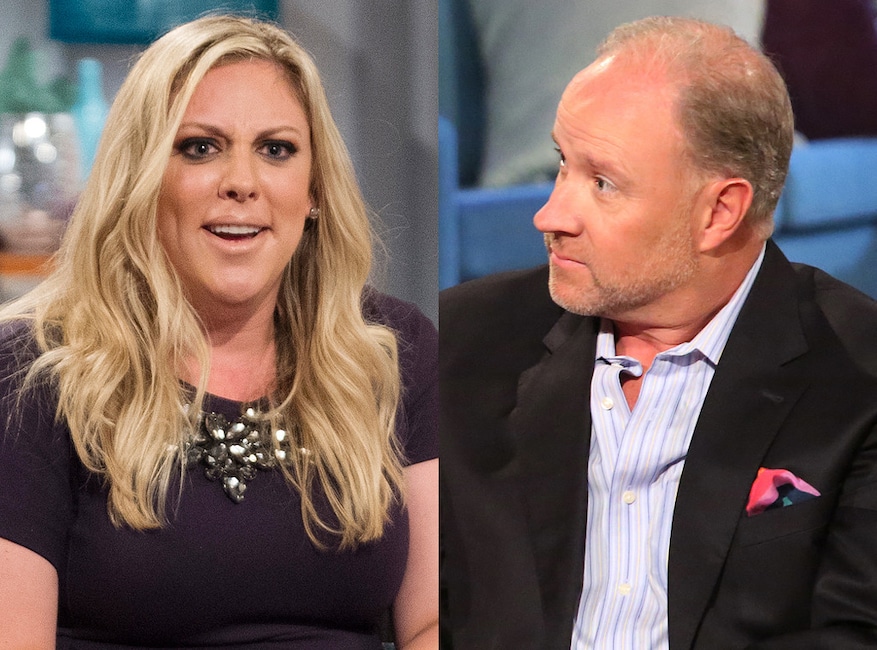 “He told me that his nickname was Girth Brooks.”

DISGUSTING. Briana said Brooks Ayers, her mother’s ex-boyfriend who fabricated cancer treatment documents, hit on her while she was super pregnant and at Vicki’s birthday party. Briana said he wanted to show her his penis and revealed his nickname… 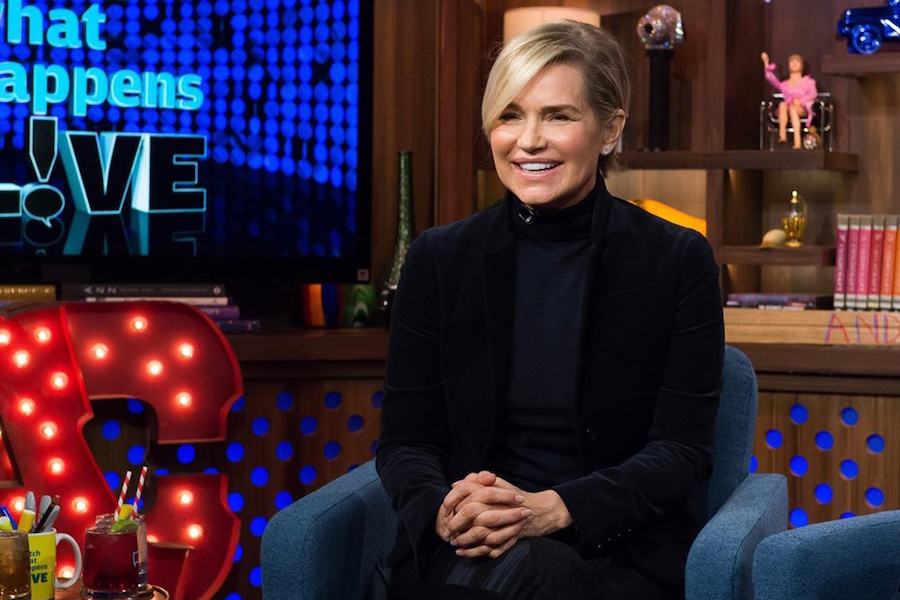 “Who is Adrienne Maloof in this world?”

Well, who is she? 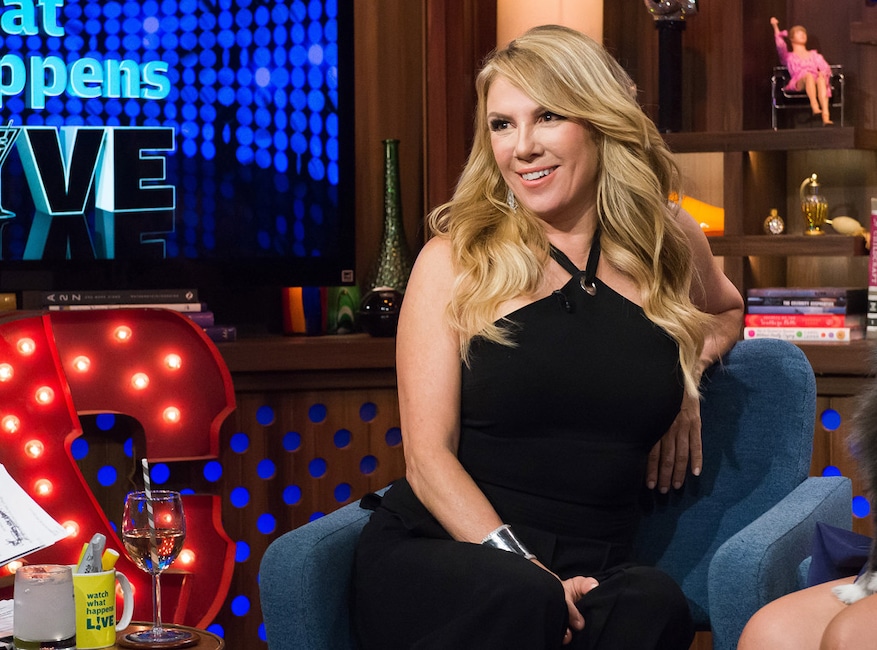 Booze + Ramona = Classic lines. Another Scary Island moment that is now synonymous with getting your drank on. 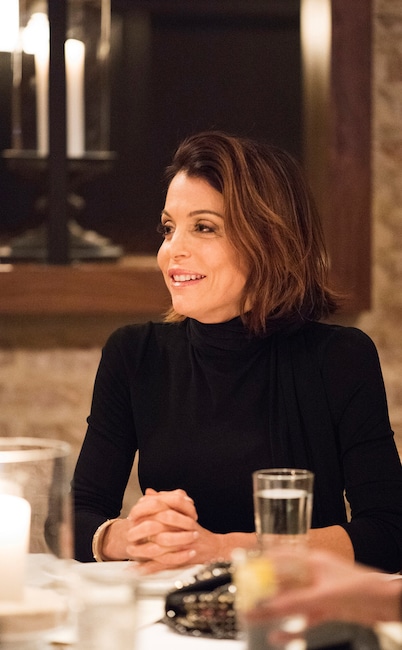 Bethenny’s catchphrase from RHONY season seven when she felt cornered. 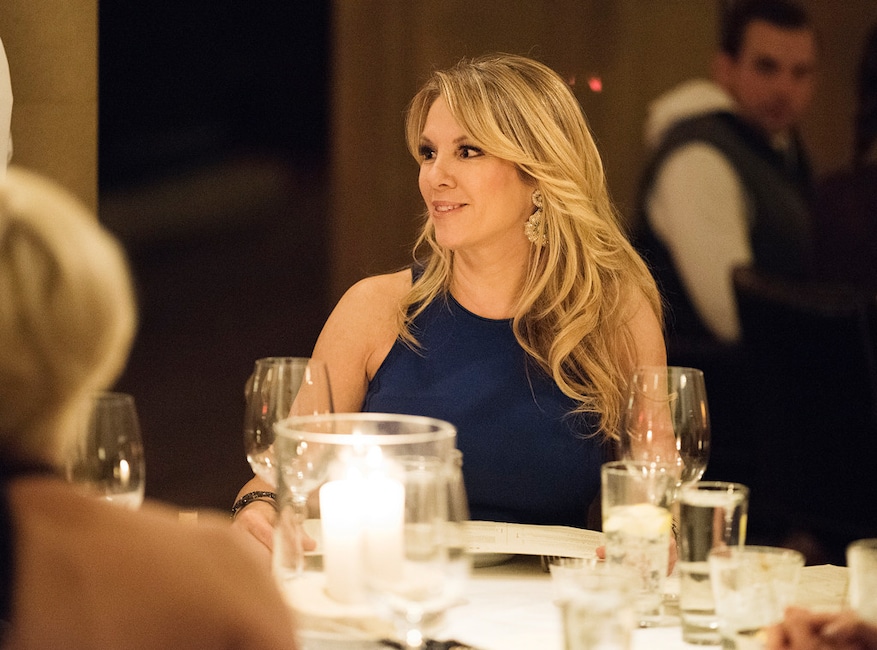 This was prompted by Aviva Drescher’s vacation breakdown, but it’s really appropriate for anytime you’re around somebody who is being super dramatic. 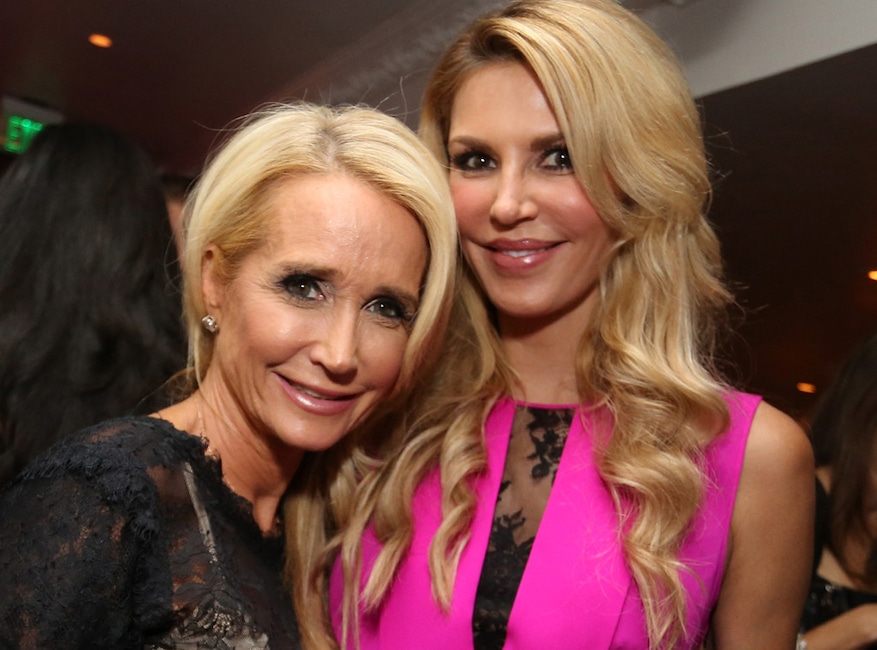 Early Kim Richards on RHOBH provided some fascinating lines, including this insult hurled at Brandi Glanville when the sisters Richards were united. 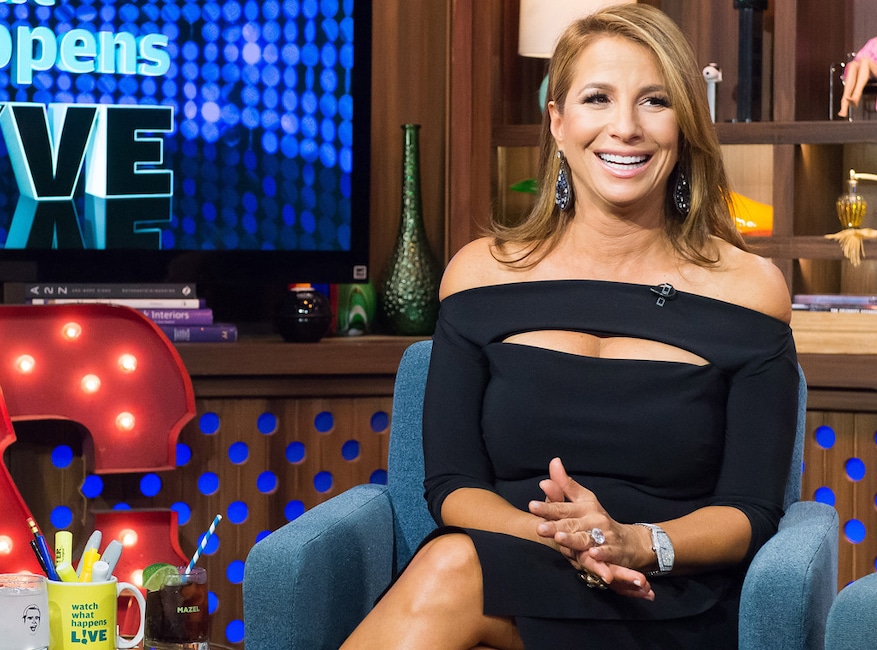 Just when Scary Island couldn’t get any more dramatic, Jill Zarin showed up and shocked everybody. Her arrival caused Alex McCord to have a breakdown, Bethenny Frankel sat in silence and a rift between Ramona Singer and Jill was formed. Classic. 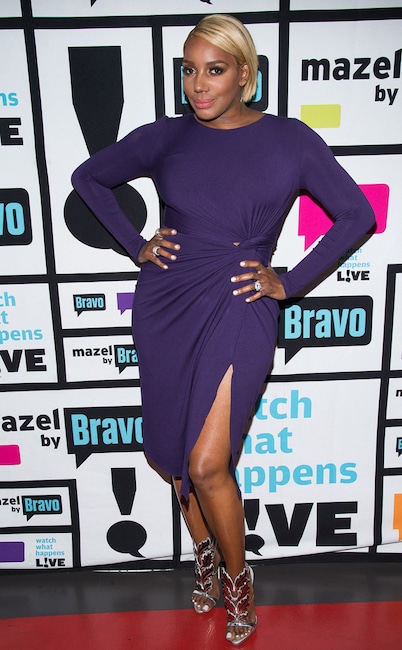 Once upon a time NeNe and Kim did not get along. NeNe started referring to Kim as “wig” for obvious reasons and it has become an important part of our pop culture lexicon, naturally. 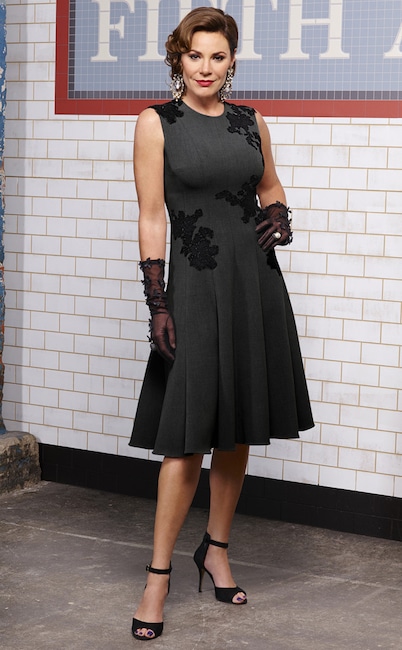 Alex McCord came down the stairs in Morocco like a buffalo, according to Luann, but the real gold came when they sat down to discuss their issues. Do you own a pair of Herman Munster shoes? 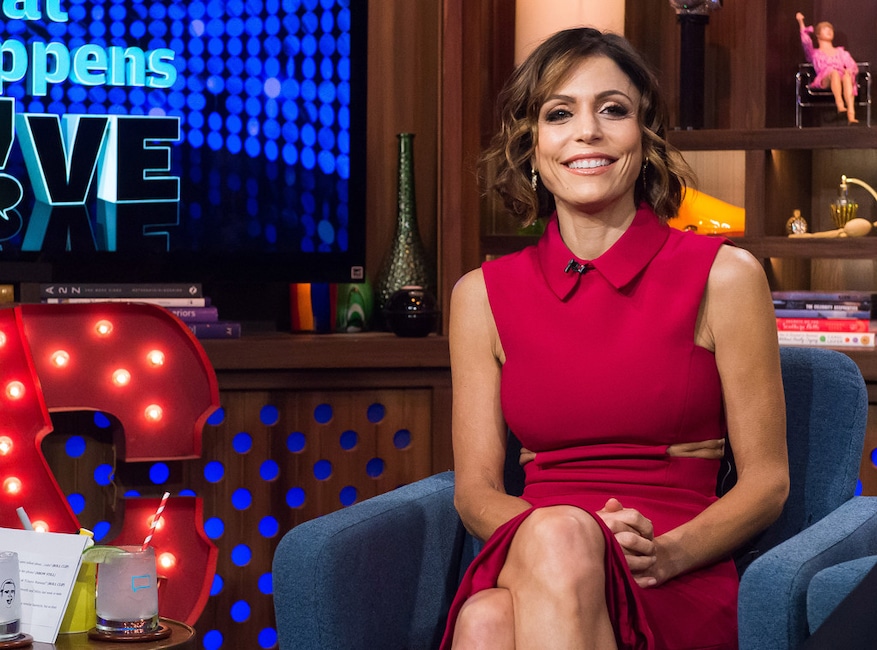 Scary Island gave viewers so much, including Bethenny Frankel shouting at Kelly Bensimon—who was having a moment of some kind—to go to sleep. GO TO SLEEP! 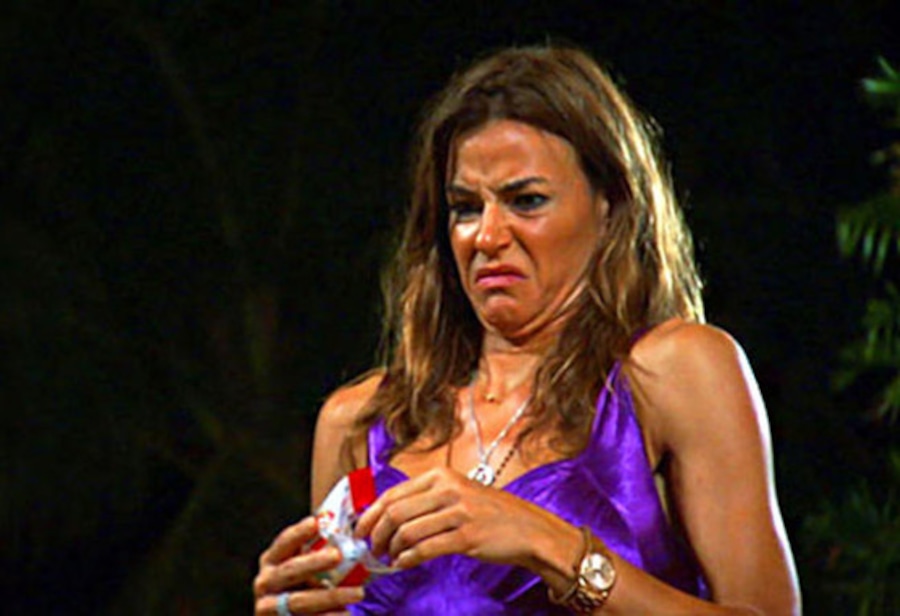 ??? And jellybeans for all. 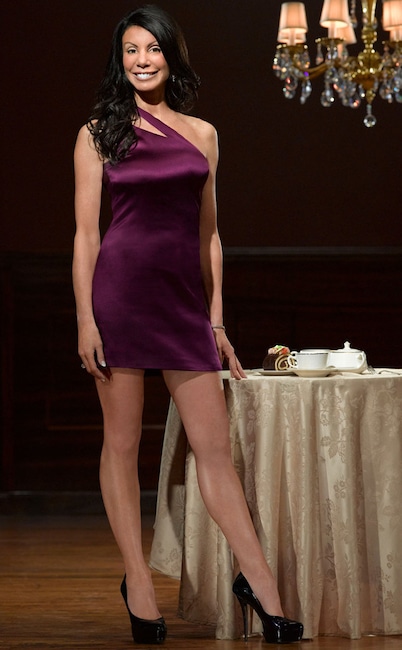 The moment that started it all. It being Teresa Giudice’s freakout over the book and Danielle Staub in general. 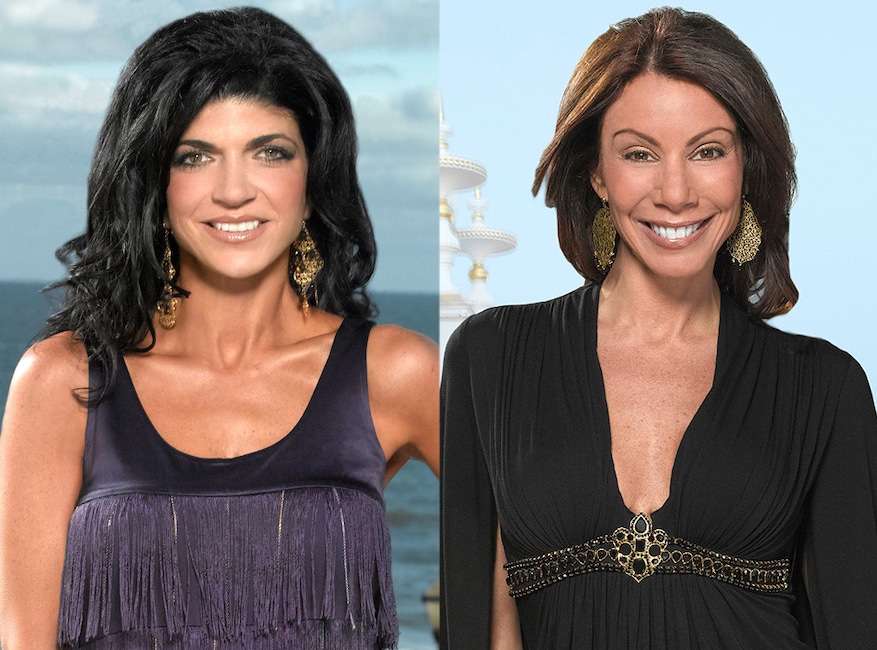 OK, really Teresa’s whole table flip speech should be here, because it’s a work of art, this is just the most obvious choice. But for your own enjoyment: “I am paying attention! Obviously there has to be something else. It’s just not name change and arrested. There has to be something else. Are you stripping? You were stripping. Prostitution whore! You were f—king engaged 19 times! You f—king stupid bitch!” 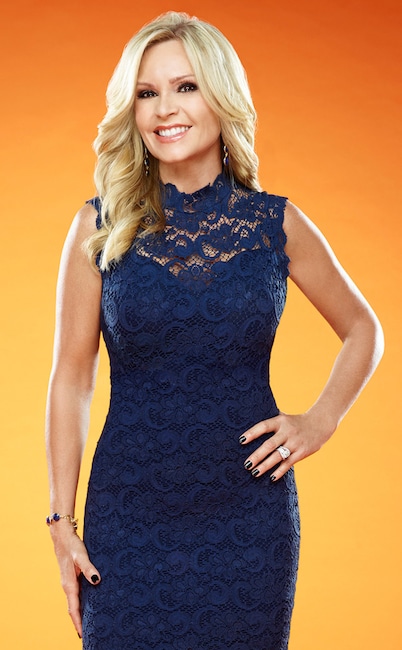 “You are psychotic, Jesus Jugs!”

Before Tamra Judge found religion, she called Alexis Bellino this wonderful name at a RHOC reunion. 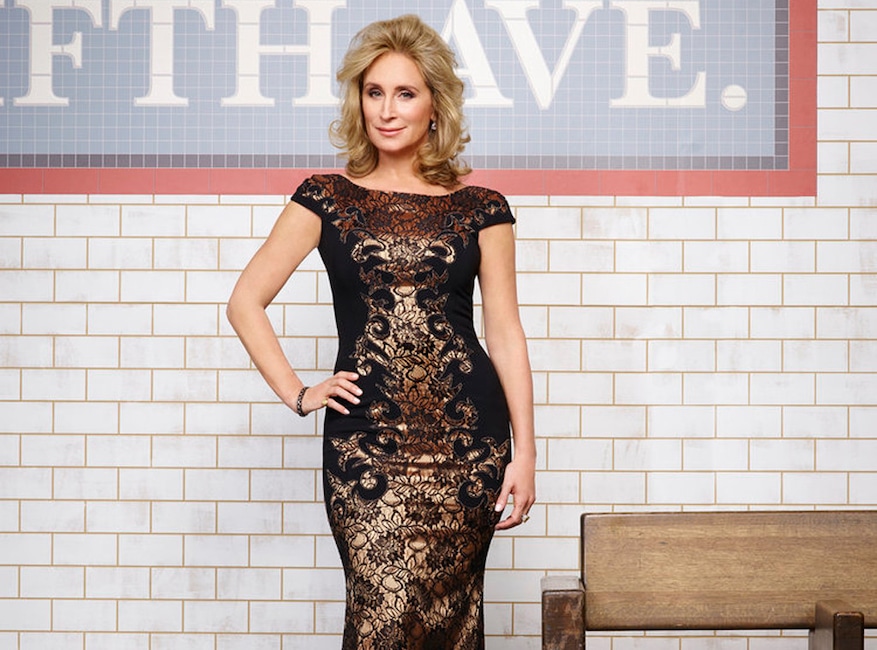 “What are you doing here without Dorinda?”

What is anybody doing at Beautique without Dorinda? It’s the only reason to go to Beautique. Sonja Morgan spotted Dorinda Medley’s man, John, there without her and, well, confronted him. The rest is history. 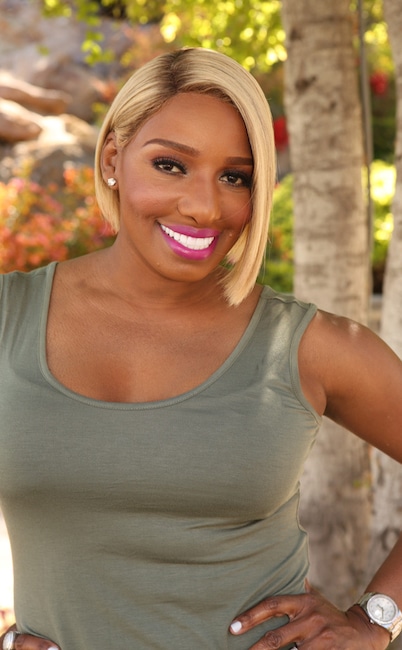 She’s got that Trump check, guys. 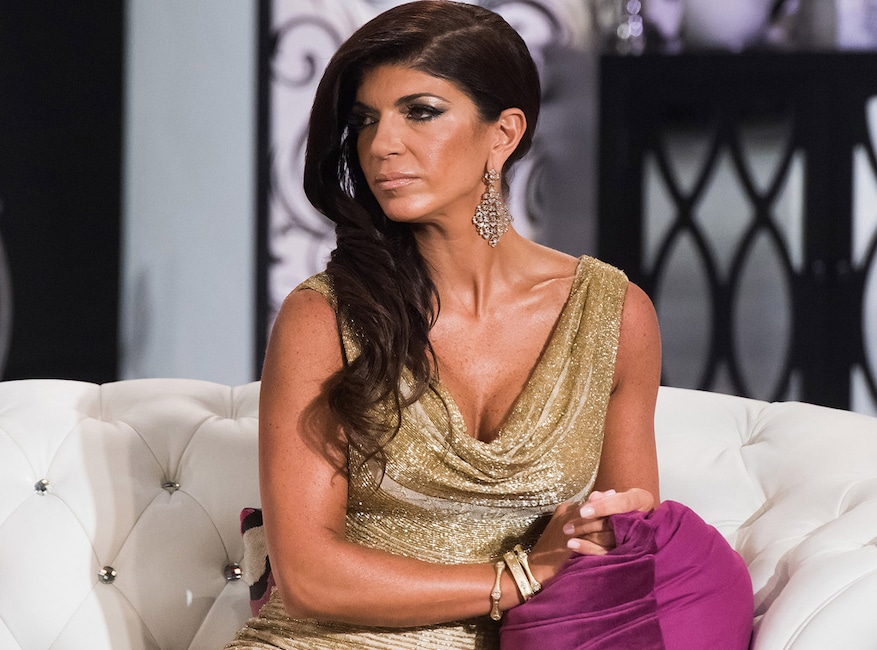 Teresa Giudice called Danielle Staub honey, which Danielle had an issue with. Naturally. And Teresa’s from Paterson. Don’t you forget. 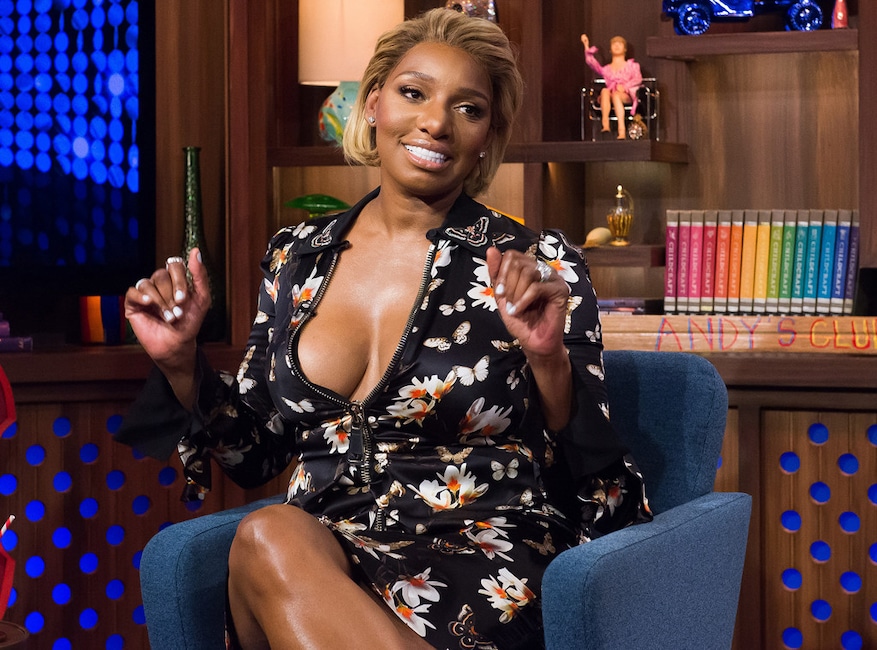 “Close your legs to married men.”

Words to live by. 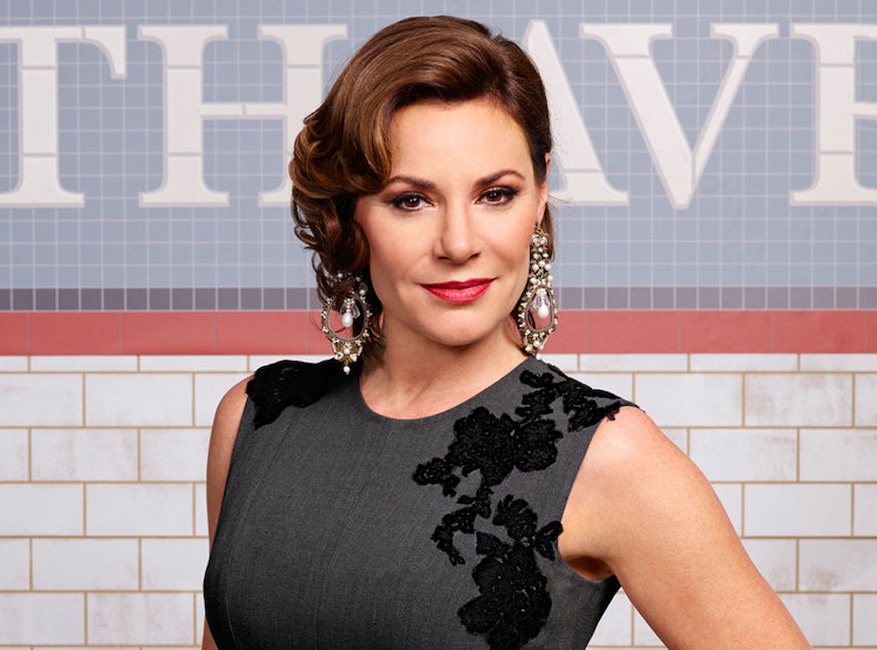 Instantly iconic the moment viewers got a glimpse of this scene in the trailer. Luann even made a song about it. Sort of. Acceptable to use when your friends are being drama queens.

(E! and Bravo are both part of the NBCUniversal family.)