A collection of 55 still photos from the 1919-1920 production of “The Cabinet of Dr. Caligari” are now up for auction, courtesy of Sotheby’s. Robert Wiene’s silent horror film is widely considered the defining work of German Expressionist cinema and went on to inspire the look of such film classics as F. W. Murnau’s “Nosferatu” and Fritz Lang’s “Metropolis.” Bids for the collection can be made through Friday, April 3 at 12pm ET. Sotheby’s estimates the photographs will sell between the $20,000 and $30,000 mark. The starting bid is $13,000.

The catalogue note reads: “This remarkable group of 55 photographs documents many of the psychologically and visually twisted scenes from the 1920 silent film ‘The Cabinet of Dr. Caligari,’ generally recognized as the first true horror film. Robert Wiene directed this tale of an insane, diabolical hypnotist who manipulates a somnambulist to execute a series of murders. Considered the first German Expressionist film, the sets and costume designs mirror the dark narrative through the use of abstract designs and unsettling camera angles which were captured by cinematographer Willy Hameister.”

Sotheby’s notes that “stills and promotional photographs from ‘The Cabinet of Dr. Caligari’ have rarely appeared at auction. A selection of prints has been located in institutional collections, including Los Angeles County Museum of Contemporary Art and the Metropolitan Museum of Art, New York.”

As for the photographs, each one is approximately 10 by 13 inches. The images are described as being “in very good condition.” Sotheby’s notes: “They are on stiff, double-weight paper with a nearly matte surface. There are deposits of original retouching on several prints. The photographs exhibit wear consistent with age, including yellowing to varying degrees; silvering in the darkest areas; creases; some soiling; and occasional minor tears and losses to the margin edges and corners. A few prints have numerical notations on the reverse.”

“The Cabinet of Dr. Caligari” recently celebrated its centennial anniversary. The film opened in Germany in February 1920. The cast includes Werner Krauss, Conrad Veidt, Friedrich Fehér, Lil Dagover, and Rudolf Lettinger. Head over to Sotheby’s website to learn more about the “Caligari” photo collection and to see a handful of preview stills. 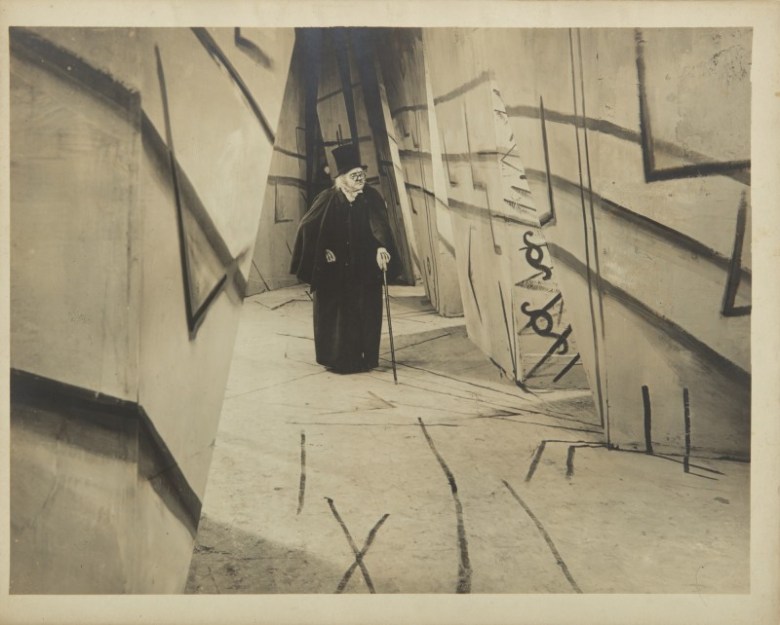 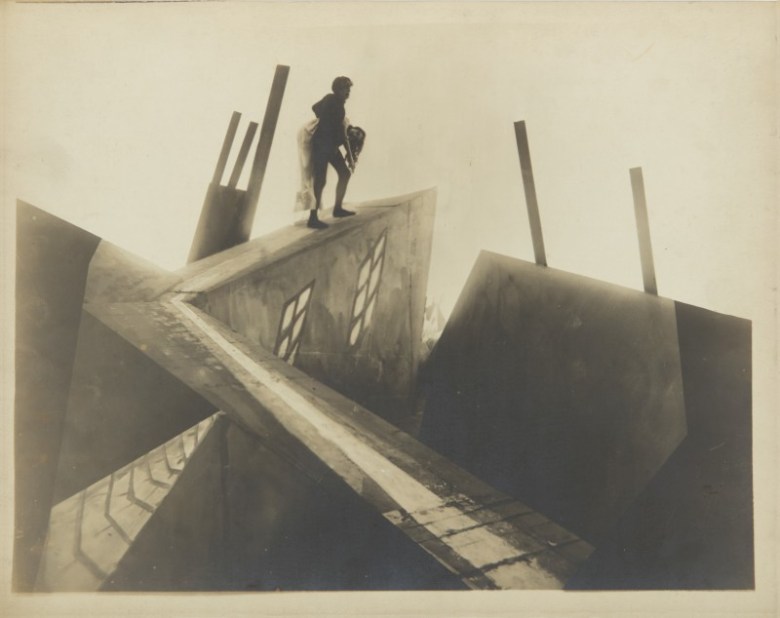