The 18-year-old actress – who plays Tiffany Baker in the BBC soap – has joked her chances of meeting up with any of the men she's been flirting with being zero. 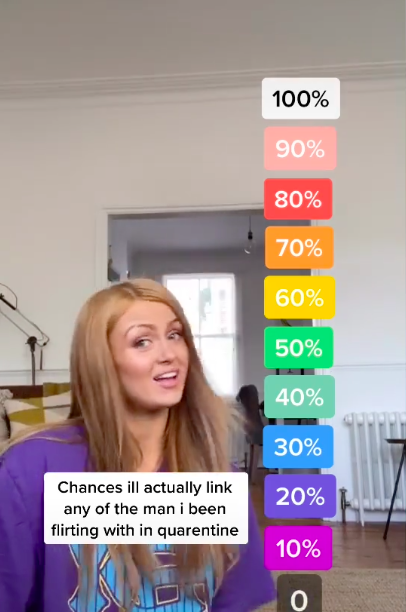 Sharing the video to her 1.2m followers on the social network she captioned it: "Jks this would imply I actually know how to flirt."

Maisie has been keeping fans entertained with her TikToks during lockdown – but they've been stunned by the star's youthful mum in the videos.

Fans were convinced the pair were really sisters. 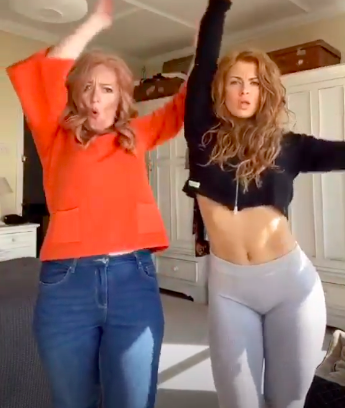 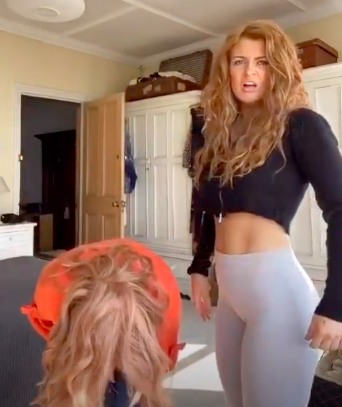 The pair danced along to a song before turning it into a comedy coronavirus skit.

It comes after Maisie opened up about wishing she was thinner as she battled body dysmorphia aged 13 in an emotional self-penned song.

The 18-year-old actress shot to fame aged seven after landing the role of Tiffany Butcher on the BBC One soap.

She regularly dazzles fans with her impressive vocals on social media, but tonight uploaded a more personal piece as she tried to "heal her mind". 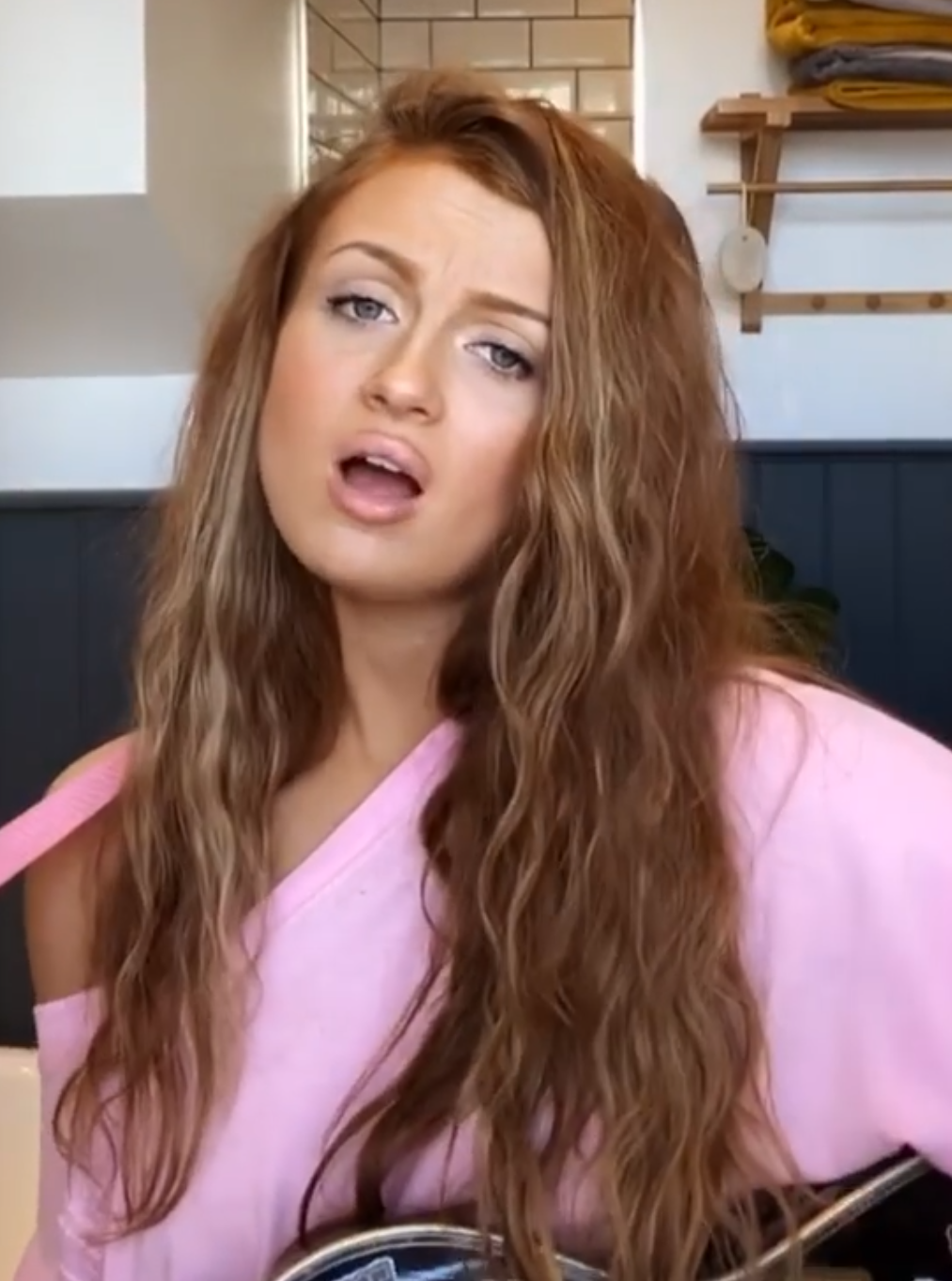 In the clip, Maisie plays guitar as she sings: "When I was little I would look in the mirror, holding in my stomach wishing that I was thinner.

"Guess I had a case of body dysmorphia – and I still haven't shaken it off."

Dressed down in a casual pink hoodie, and with her flame-haired locks loose and wavy around her shoulders, Maisie bravely continues: "Things were getting heavy, that's what the scales told me. 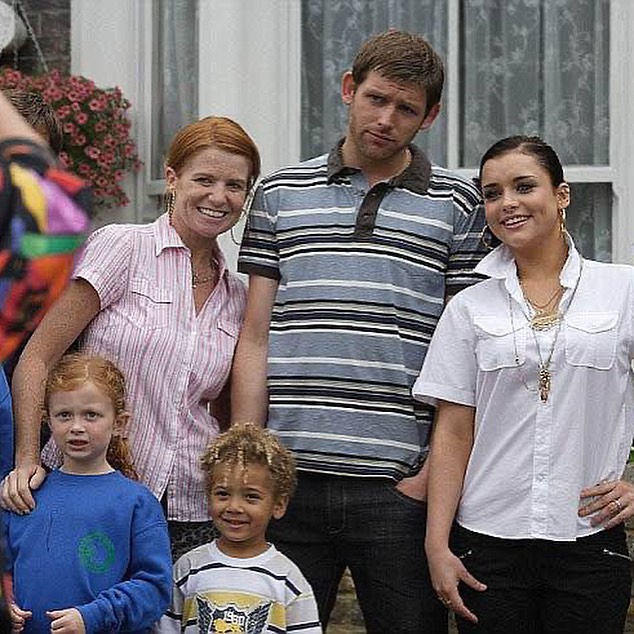 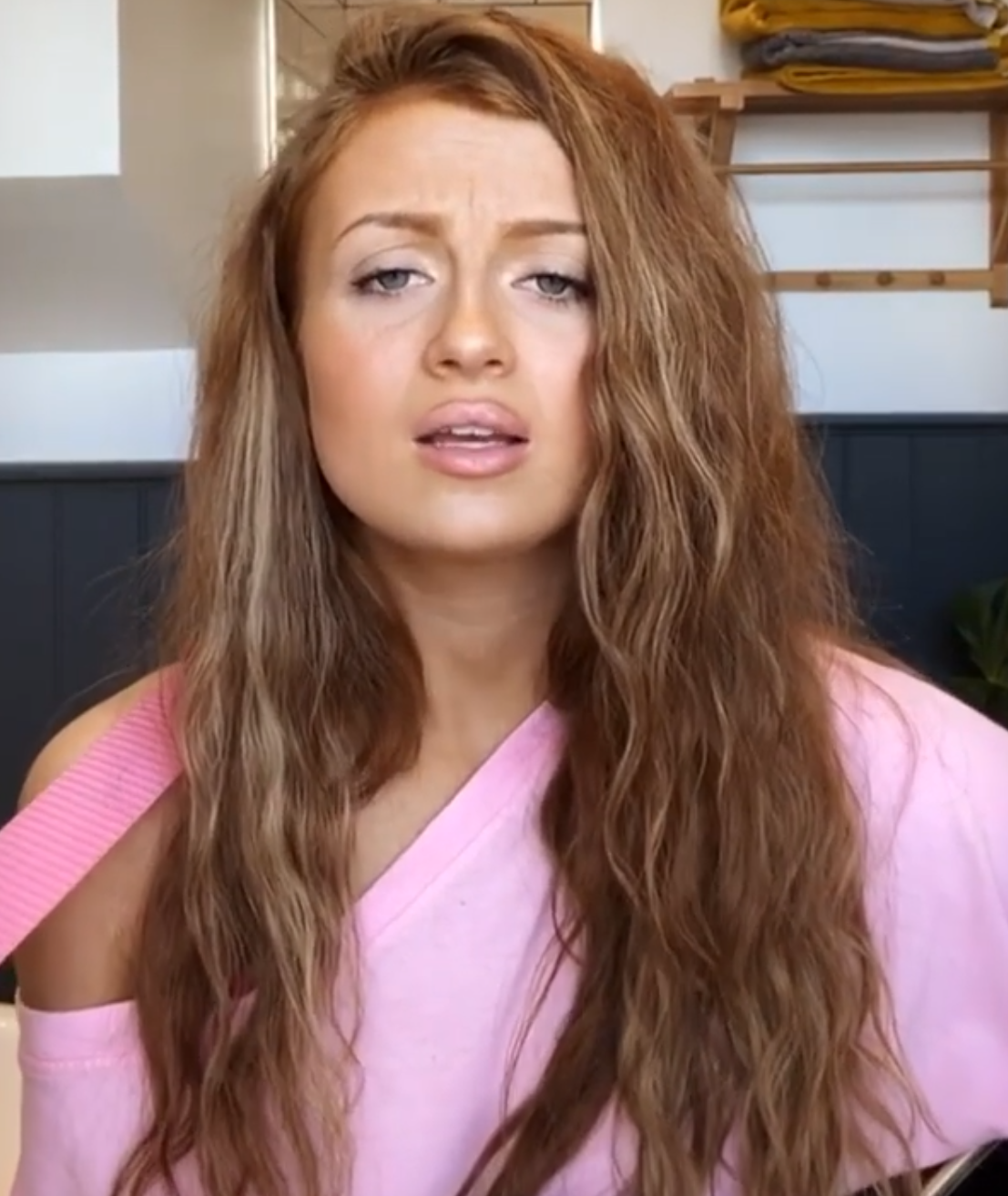 "Only 13 years old, wiping the tears of my cheeks, it felt like no-one else around me really understood."

The NHS describe body dysmorphia as a "mental health condition where a person spends a lot of time worrying about flaws in their appearance" – crucially these "flaws" are unnoticeable to anyone else, and are typically related to weight.

The child star opened up about how she is coping in lockdown in the video's moving caption – admitting that she was feeling "trapped".

Maisie wrote: "If you’re feeling particularly down at the moment – don’t worry you’re not alone.

"It’s a scary time right now and tbh my anxiety is hitting the roof. Been feeling a bit trapped in my thoughts so I wrote this yesterday to heal my mind. 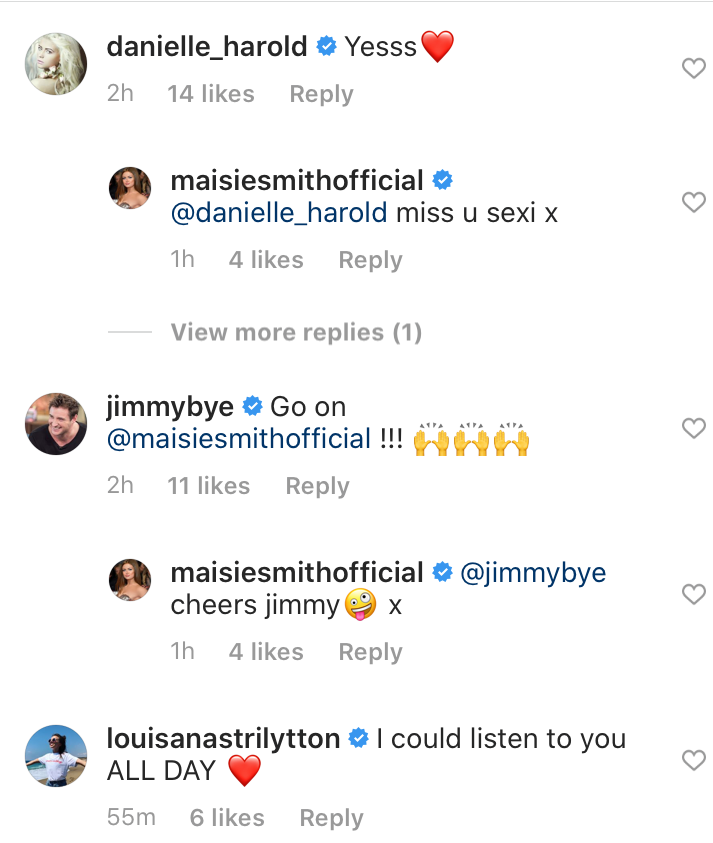 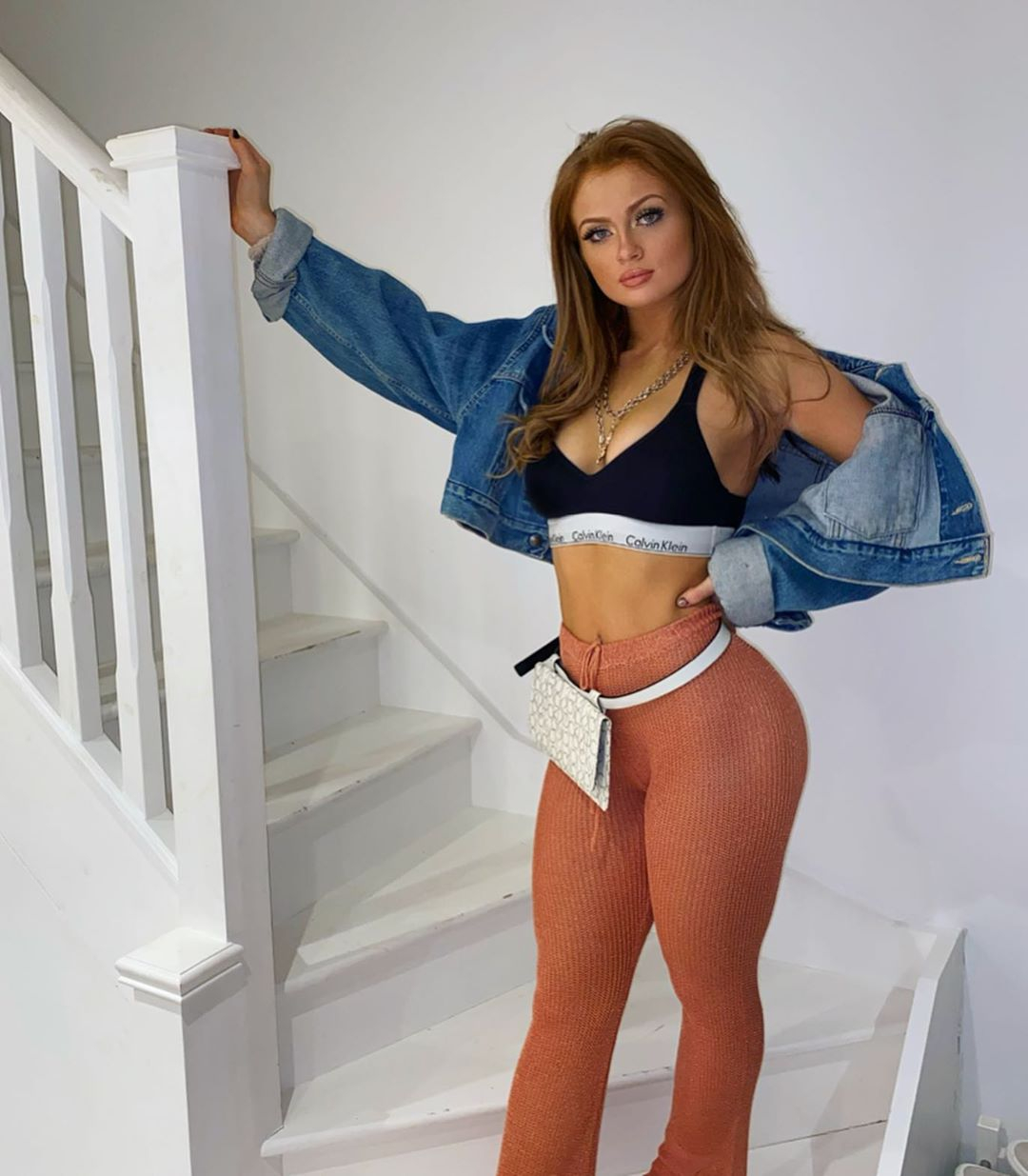 "I am so thankful to be home and well, I hope we all come out of this together; stronger."

Her EastEnders' co-stars flocked to the comment section to show their support, with Danielle Harold, Jimmy Bye, and Milly Zero commenting their approval.

Ruby Allen actress Louisa Lytton gushed: "I could listen to you ALL DAY". 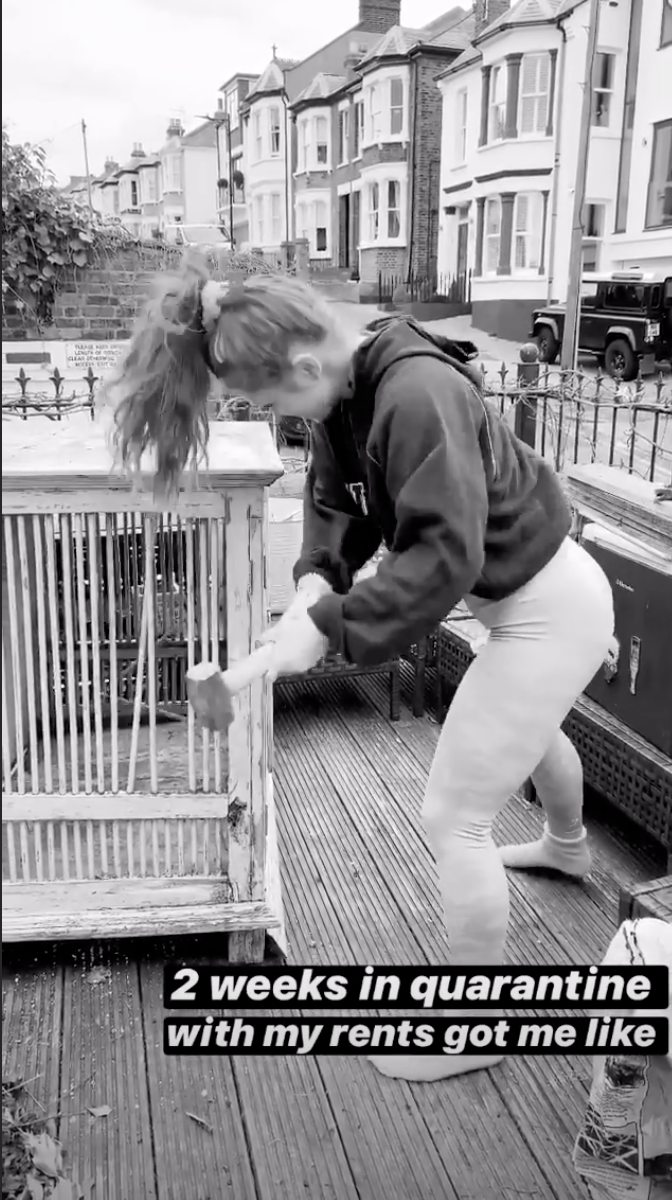 In addition to singing, Maisie also regularly impresses followers with her other hobbies – including painting, working out, and dancing.

The young actress wowed when she took part in the Children In Need special of Strictly Come Dancing last year, with fans calling for her to appear on the main series after she took home the glitterball.

Production on all British soaps was cancelled last month due to the ongoing coronavirus pandemic, and earlier this week Maisie confessed that she is struggling with spending so much time at home with her parents.

Sharing a video of herself smashing a wooden cabinet with a hammer in her front garden, the star wrote: "Two weeks in quarantine with my rents got me like…"