Gray (played by Toby Alexander Smith) and Chantelle Atkins (Jessica Plummer) arrived on Albert Square last year and it quickly became clear there were some dark secrets hidden behind their front door. As the months have gone on, Gray has mentally and physically abused his wife, but Chantelle could be getting closer to revealing the truth. Before EastEnders bosses ran out of episodes filmed before the lockdown was announced, Gray tried to threaten Suki Panesar (Balvinder Sopa). However, in upcoming scenes, viewers could see a much more sinister side to Suki, as she tries to teach Gray a lesson.

It could be easy to miss signs such as the odd bruise on the arm, or a sprained wrist on someone who was being abused by their husband, but since Chantelle started working with the Panesar’s, details are starting to get picked up on.

When Gray and Chantelle joined EastEnders, it seemed like they were the perfect couple.

But, the longer they stayed on Albert Square, the worse the abuse got with the most recent leaving Chantelle unable to do day-to-day chores.

However, a couple of months ago, Chantelle accepted a job from Kheerat Panesar (Jaz Deoul), much to Gray’s horror. 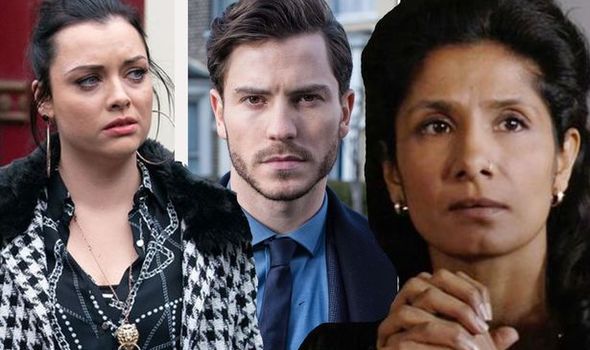 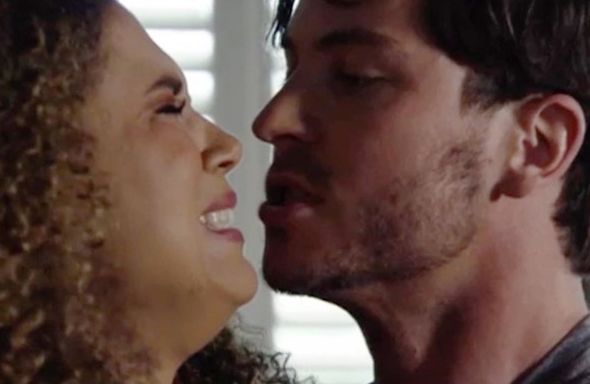 Despite trying to convince her to find something else, Chantelle stood her ground and has been improving every day with the Panesar’s.

However, when Kheerat and Chantelle found themselves locked into the office, it looked like Chantelle was going to finally come clean about what happened at home.

They were interrupted as they were freed, but Kheerat has been keeping a closer eye ever since.

Things took a darker turn a couple of weeks ago when Gray became convinced that Chantelle was having an affair with someone in Stratford after putting a tracker on his car. 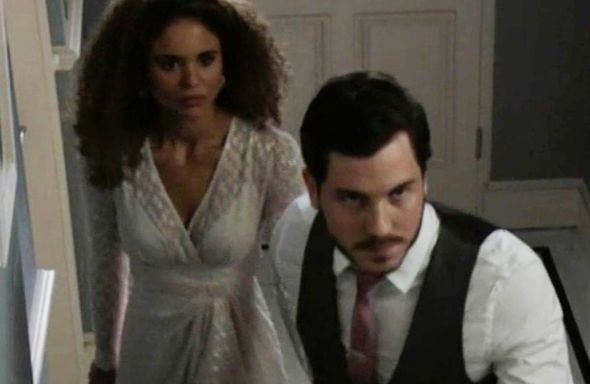 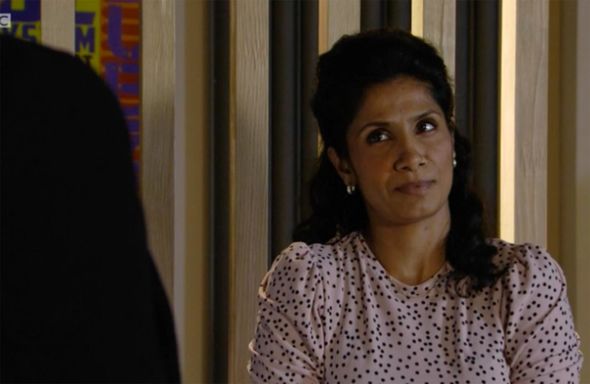 Viewers knew it wasn’t Chantelle, but Gray was looking for any excuse to put his wife through hell once again.

Gray went snooping around the Panesar’s office, but when Suki told him to leave, he tried another tactic.

He asked if the company was all above board and if there was anything someone could use against them.

Suki, without flinching, told him that he wouldn’t find anything and that he should get out of her office.

EastEnders fans don’t know a lot about Suki other than the fact that she would do pretty much anything for her family.

They have watched her lie about having cancer when she first arrived, and when exposed showed no remorse because she had finally brought her family back together.

This doesn’t mean she is soft though, as viewers have seen her plunge the immoral depths before, but the more Gray raises his head above the parapet the more Suki will pay attention.

Kheerat could mention to his mum he spotted bruises on Chantelle’s arm and she could start putting the pieces together.

Chantelle has fitted in well with the Panesar’s, so could Suki go after Gray to keep Chantelle and her boys safe?

Suki could kidnap Gray to make sure he knows he is being watched, but also to show him just how powerless he really is.

Would this be enough to stop him from abusing Chantelle? Or would it exacerbate the situation?

Could Suki be ready to start a war against the abuser across the Square?

EastEnders can be streamed on BBC iPlayer and BritBox.