EastEnders favourite Kat Slater (played by Jessie Wallace) has had a turbulent year on the Square as she has increasingly struggled to balance her family commitments with her blossoming relationship with Kush Kazemi (Davood Ghademi). However, when Kat fled Walford earlier this month, Kush was left to deal with the clan’s children and is starting to struggle but could his girlfriend be back in E20 soon after Jessie posted a huge clue on Instagram?

Kat has had her fair share of ups and downs over the years in Walford and her marriage to Alfie Moon (Shane Richie) is regarded as one of the most iconic pairings in the soap’s history.

After a series of rocky patches, Kat was devastated when she discovered her cousin, Hayley Slater (Katie Jarvis), had an affair with Alfie.

Hayley found out she was pregnant and refused to reveal the father’s identity but Kat later found out the truth and their relationship never fully recovered.

Alfie was last seen in the Square early last year and a few months down the line, Kat found herself entering into a new relationship with Kush. 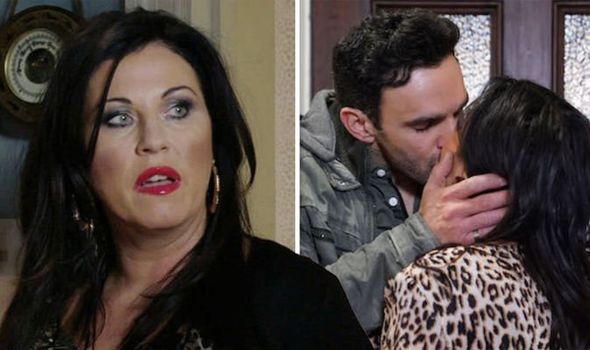 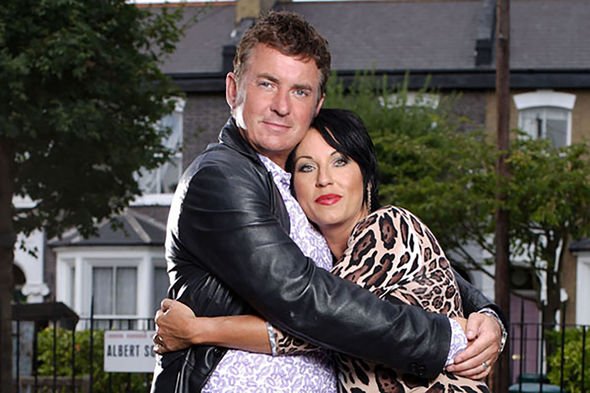 The pair seemed besotted with each other and Kush soon moved into the Slater household to help out and remain close to his new girlfriend.

However, Kush soon found himself taking on more than he bargained for with the family when Kat had to leave Walford unexpectedly.

Viewers last saw the character on-screen taking a call from an unknown source and shortly afterwards, told Kush she wouldn’t be going unless she needed to.

Her rash exit was due to the fact the star was temporarily written out of the soap after being suspended due to behaviour on-set earlier this year. 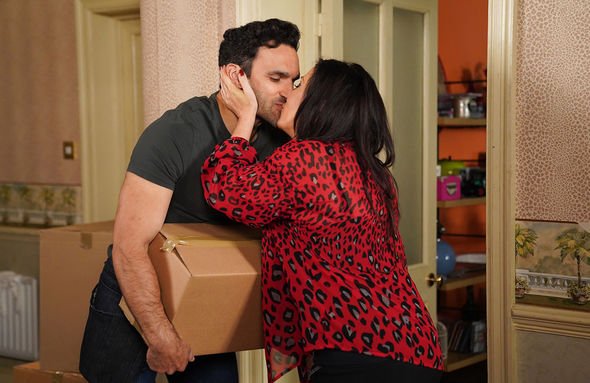 Thank you @nancy_and_nora for these beauty’s! Kat can not wait to wear them ❤️❤️❤️

However, it looks like Kat is soon set to be back on-screen after Jessie posted a snap teasing to her Instagram account in view of her 65.8k followers.

She posted some statement earrings, matching her character’s signature style, with the caption: “Thank you @nancy_and_nora for these beauty’s! Kat can not wait to wear them.”

Fans were quick to comment excitedly below the post, with one writing: “Can’t wait to see Kat back causing chaos! The square has lost its spark in recent weeks!”

Another added: “And we cannot wait to have our Cat back on our screens. @jessie.wallace_official we love you. Come back when you are ready. Have a blessed weekend x.”

A third echoed: “Can’t wait for you to be back, EastEnders isn’t EastEnders without you @jessie.wallace_official.”

Jessie later posted a snap of herself as her alter-ego alongside co-star Laila Morse, who plays Mo Harris, which sparked frenzy amongst her followers.

In her absence, there has been further drama for the Slater family as Jean (Gillian Wright) has gone on a downward spiral as the death of her boyfriend Daniel (Ade Edmonson) has started to get to her.

She stopped taking her medication and was hospitalised after Kush and Shirley (Linda Henry) went to desperate measures to try and get things on track.

With Jean desperate to have her family back on the Square, could this also be a sign Kat will be back with a bang sooner rather than later?

Although it’s not yet known whether Jessie is back filming on-set, the cast are due to return to production in the next couple of weeks after coronavirus halted filming.

Late last month, BBC’s Director of Content, Charlotte Moore wrote in The Telegraph: “We’ve been looking very carefully at how we can safely put some of our shows back into production, and I’m pleased to announce that we plan to begin filming again on both EastEnders and Top Gear by the end of next month.”

Explaining how filming would differ from before, she added: “Cast members will do their own hair and make-up. Social distancing measures will be in place.”

EastEnders airs Mondays at 8pm and Tuesdays at 7:30pm on BBC One.