Phil Mitchell (played by Steve McFadden) fled EastEnders when he feared he’d be arrested for Keanu Taylor’s (Danny Walters) murder but soon returned when he discovered the mechanic was still alive. However, after the tragic boat party that claimed the life of Dennis Rickman (Bleu Landau), Phil has been noticeably absent from the Square but is set to return very soon.

The dodgy dealer will make an unwelcome arrival to Dennis’ funeral and will be attacked by Sharon Mitchell (Letitia Dean) who blames him for her son’s death.

On the night of the boat party, Dennis defied his mother’s instructions and ran away from the Square to get drunk on the boat.

While partygoers enjoyed the festivities, Phil and Keanu were involved in a heated confrontation that spilled over into the control room.

As the pair fought, Phil caused the boat’s steering to go out of control which ultimately led to the crash and Dennis’ death. 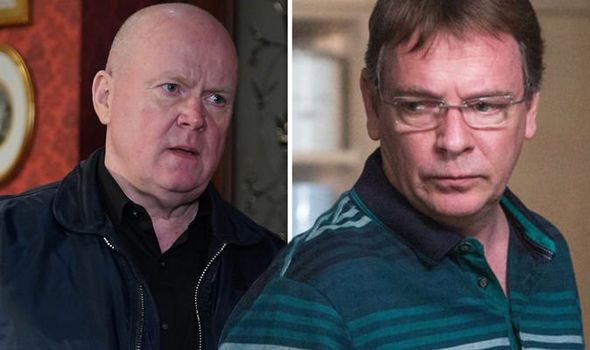 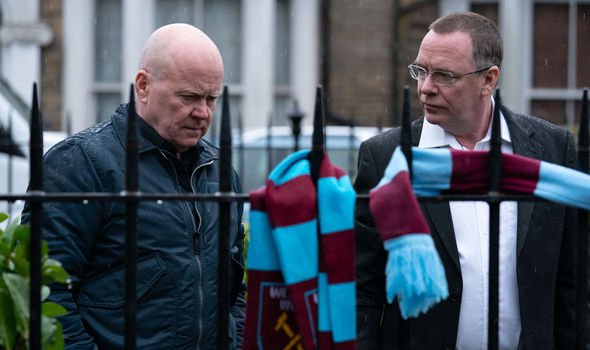 Sharon wasn’t aware of this at first but when Karen Taylor (Lorraine Stanley) told her Keanu’s side of events, she was furious.

However, unbeknownst to Sharon, Ian Beale (Adam Woodyatt) locked Dennis below deck and failed to rescue him in time when the boat began to sink.

In upcoming scenes, the grieving mother will launch herself at her estranged husband when he returns for her son’s funeral.

Ian and Kathy Beale (Gillian Taylforth) will be forced to intervene but Phil will be determined to speak to Sharon. 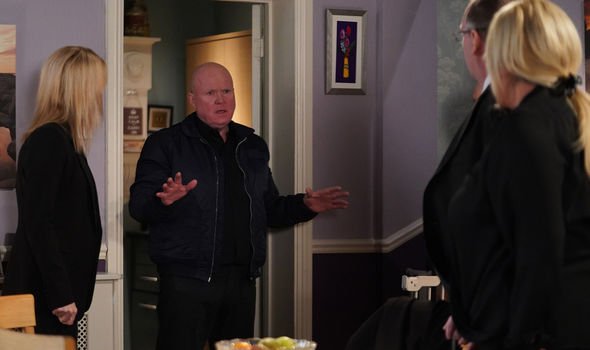 The dodgy dealer begs to speak to Sharon but the EastEnders stalwart won’t listen and hurls insults at her husband.

As the situation gets out of hand, Ian calls the police but by the time they arrive Phil is nowhere to be seen.

However, as the Mitchell villain continues to push Sharon, will she be driven to tell the police everything she knows about her son’s death?

Express.co.uk spoke to Andrew Gilmore, Head of Criminal Law at Grosvenor Law to find out whether Phil could face charges for the young boy’s death.

“It is possible,” Andrew confirmed. “They could be charged with involuntary manslaughter, caused by a reckless act.

“These are acts that have been performed with a blatant disregard for the dangers of a particular situation, and as a result of this act, somebody dies.”

He continued: “It would be for the prosecution to show that the actions of Phil were reckless and that he could have reasonably foreseen that some other person was at risk of physical harm because of what he did.”

“For Phil, these issues would revolve around the fight in the steering room,” he added.

Ian has been desperately trying to keep his dark secret hidden from Sharon and Phil’s arrest could provide the perfect alibi for him.

The grieving mother has been relying on Ian for support and she will be devastated if she realises both her estranged husband and friend are responsible for the death of her son.

Will Ian come clean or will he let Phil take all of the responsibility for Dennis’ death?

EastEnders continues Monday on BBC One at 8pm.