EastEnders viewers have seen Whitney Dean (played by Shona McGarty) narrowly allowed release on bail after she was believed to have murdered her evil ex-boyfriend Leo King (Tom Wells). One person who has been key to her trial is Gray Atkins (Toby-Alexander Smith), who has provided legal assistance and helped protect her but will the pair’s relationship blossom into something else in a dangerous twist?

Whitney finally seemed to get close to her happy ending last year when she was set to marry Callum Highway (Tony Clay).

Unfortunately, her fiancé jilted her at the altar after professing his love for Ben Mitchell (Max Bowden) and leaving her on her own once more.

Determined not to let the heartbreak overcome her, she decided to jet off solo on the pair’s planned honeymoon and returned with a brand-new lover.

Whitney was charmed by Leo who had a secret of his own lurking as he was the son of Tony King (Chris Coghill) who abused his new girlfriend as a teenager.

Leo was in Walford for revenge and it was only a matter of time before his true identity was revealed to Whitney, leaving her shaken.

He refused to leave the market stall-holder alone and began following her around the Square before getting himself a stall on the market.

As things escalated out of control, Leo went into hiding – in Whitney’s loft – watching her every move through a hole in the ceiling.

Eventually, the pair came face-to-face once more where Leo vowed to kill Whitney in revenge over what had happened to his family.

Whitney finally put an end to her horrific ordeal and stabbed Leo in self-defence with the knife he planned to murder her with.

He lay unconscious on the floor and Whitney called Mick Carter (Danny Dyer) for help over what to do next. 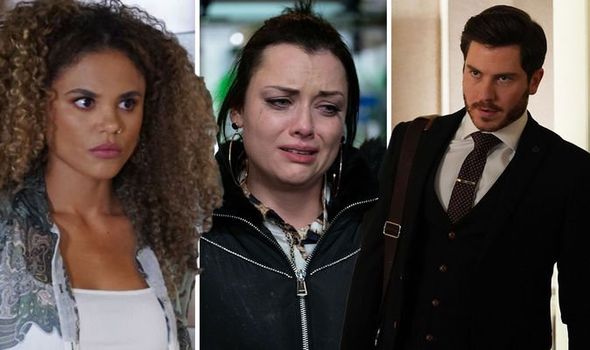 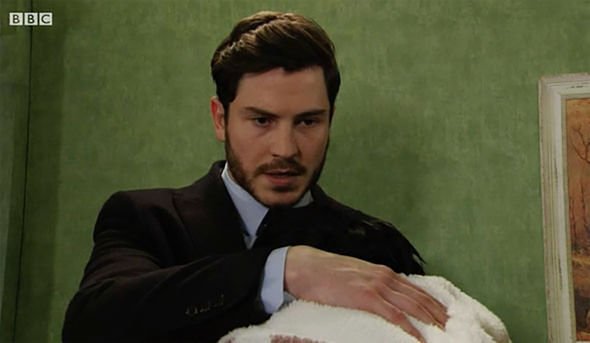 The pair left Leo’s body in the kitchen of the Fowler household and went off to the boat party as planned where Whitney later handed herself in to the police.

Despite being innocent of murder and insisting she stabbed the villain to protect her own life after he broke into her house, the law has not been on her side.

Legal-eagle Gray swooped in to help her case and despite an uncertain start, he was able to get her released on bail.

Whitney was told she would have to return to court in May but fans believe there may be another twist in the meantime. 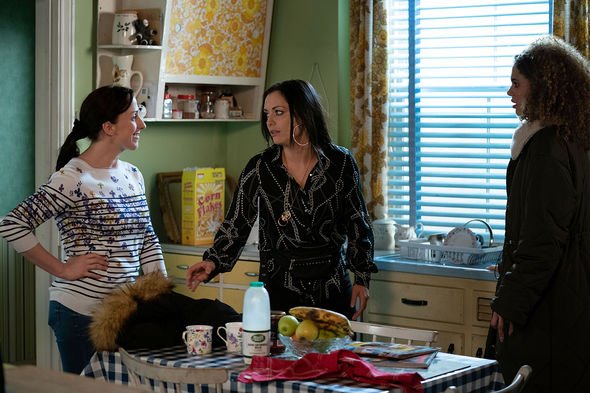 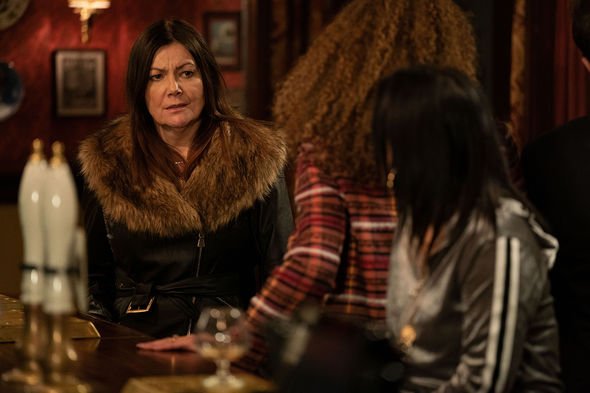 Gray and Whitney have become close in recent weeks after he has continuously come to her aid and helped protect her.

Now, many fans of the BBC soap believe she will embark on a secret affair with Gray and discover the truth about his behaviour.

Scenes aired earlier this month saw Chantelle left fearful after Whitney wound Gray up – could Whitney discover first hand what Gray has been putting his wife through if she becomes too closely involved?

Or could Chantelle confess all to Whitney, with the pair coming up with a plot to take him down together?

Taking to Twitter, one fan said: “I reckon Whitney will get involved with him but then the storyline will be to uncover the truth about Gray where she may team up with Chantelle or something #EastEnders.”

Another echoed: “RIGHT anyone else feeling a Whitney/Gray storyline coming on?  #EastEnders.”

Another shared: “Whitney being into Gray…please no! I hope they don’t have her repeat her pattern. Maybe she will see his abuse eventually and help Chantelle #EastEnders.”

Will Whitney end up falling for Gray or will she soon discover his true colours and help expose his behaviour?

EastEnders airs Mondays at 8pm and Tuesdays at 7:30pm on BBC One.