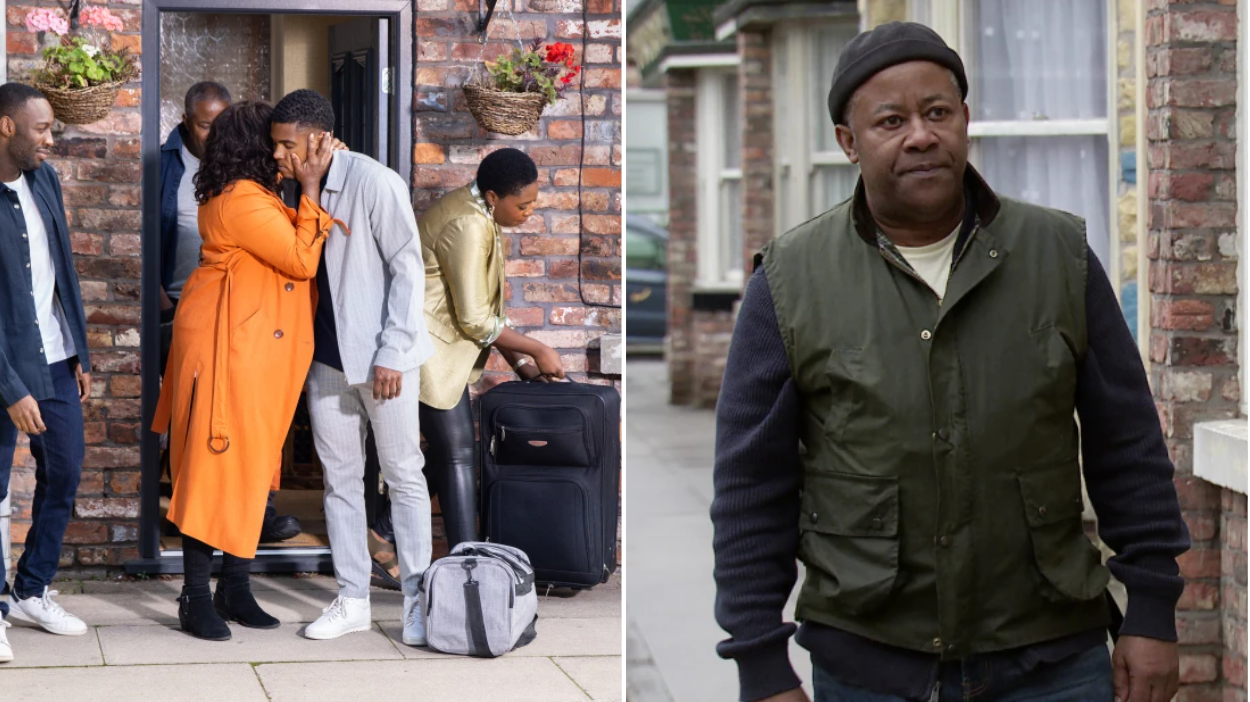 After having his football career cut short because of his heart condition, James Bailey (Nathan Graham) got a new job offer in tonight’s Coronation Street. He was offered a job as a football coach in London, and was told he could start the very next day.

James broke the news to his family, opening by telling them to focus on the job and not the location. ‘You’re emigrating aren’t you?’ Aggie (Lorna Laidlaw) sighed. When she heard it was just London she said, ‘How is that any better?’

Later, Aggie and Ed (Trevor Michael Georges) had a heart-to-heart about their boy moving away, where he would be joining his boyfriend Danny. Aggie was most concerned about James’s heart condition, fearing how he would cope if he was taken ill and she wasn’t there to look after him.

‘Danny will look after him – and his heart – in every way,’ Ed reassured her, beautifully showing that he’d finally accepted James’s sexuality and his relationship with Danny.

When James first came out to Ed, he struggled to accept his son’s sexuality and reacted with some vicious comments, which put him in conflict with Aggie who accused him of being homophobic.

Although father and son did achieve a more friendly and supportive relationship, he has never been outwardly supportive of his son being gay. So these words meant a huge amount.

‘I never thought you’d say something like that with a smile,’ Aggie said.

‘I’ve learned a lot from that boy of ours,’ Ed replied.