ELON Musk UNFOLLOWED girlfriend Grimes on Twitter today leading to fan speculation the two called-it-quits just before the singer is due to deliver their baby.

The 48-year-old tech billionaire no longer follows his baby mama on Twitter after the 32-year-old musician shared a cryptic message on the platform. 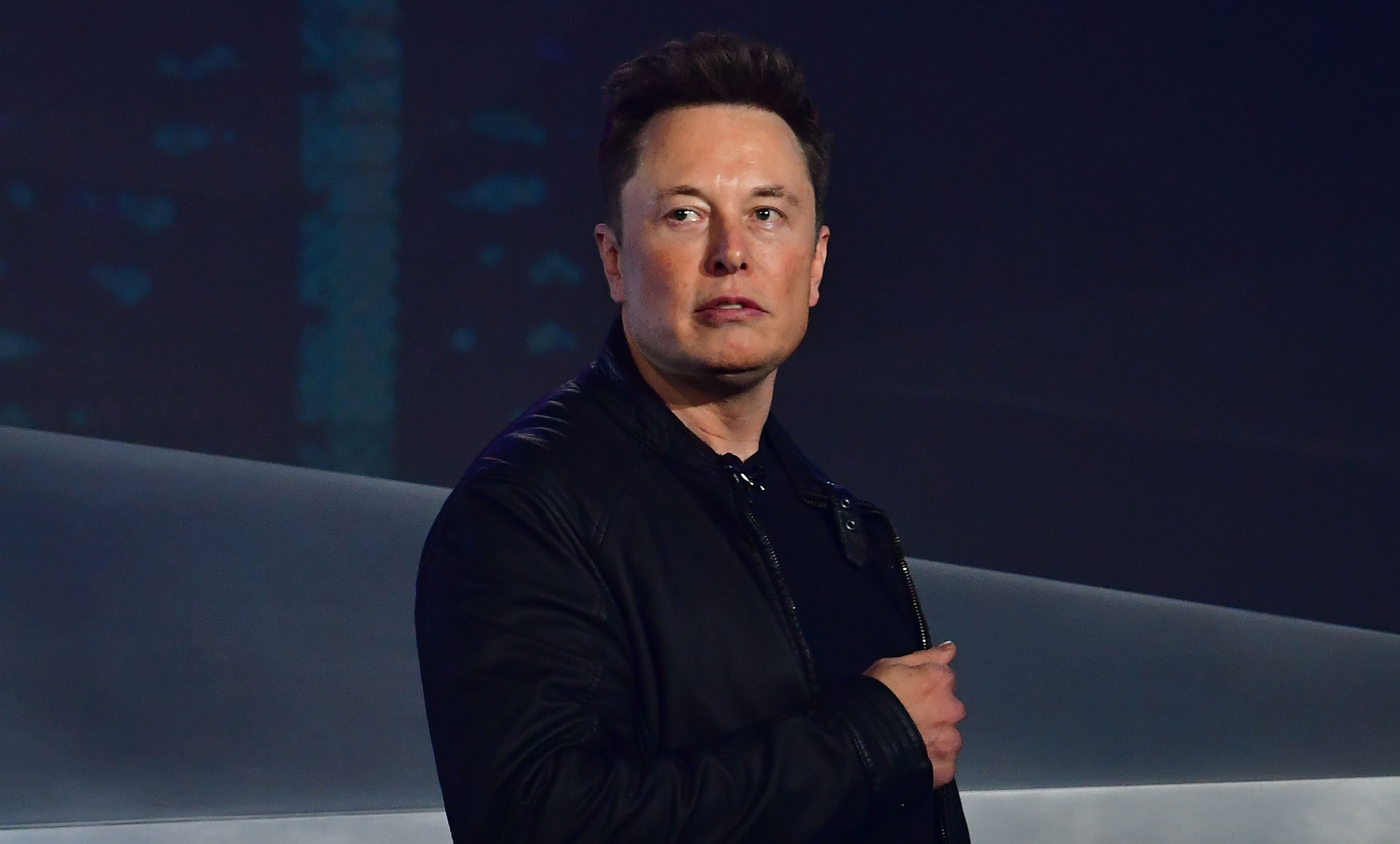 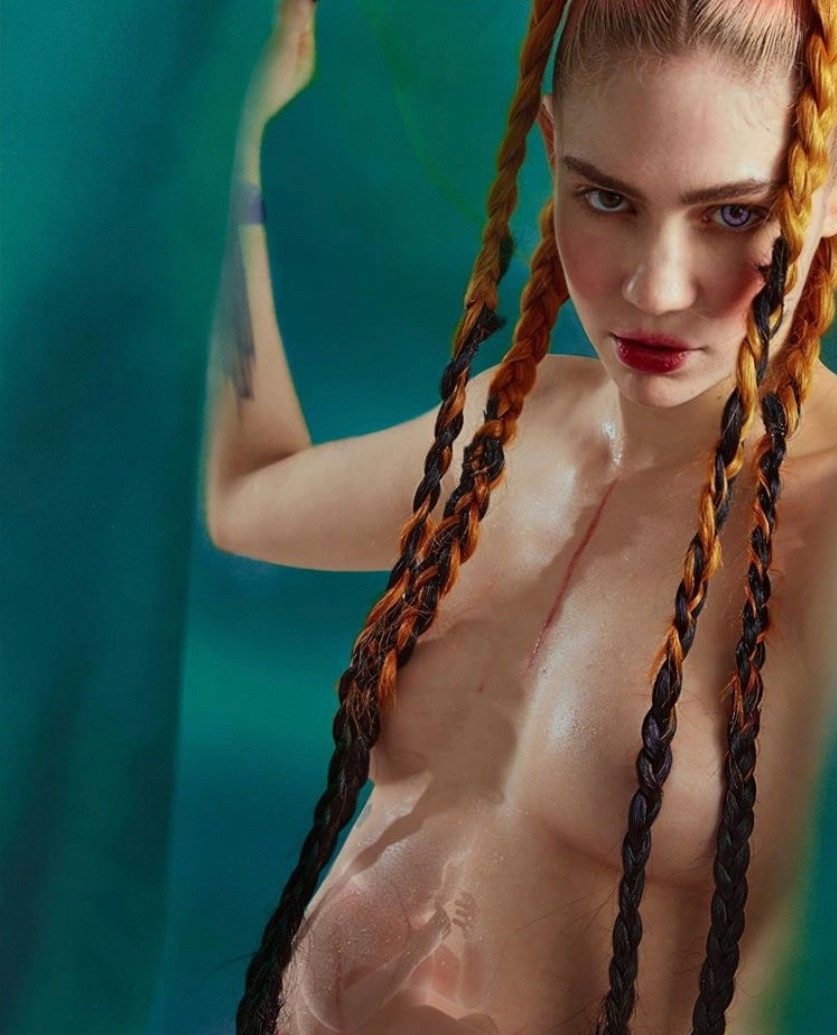 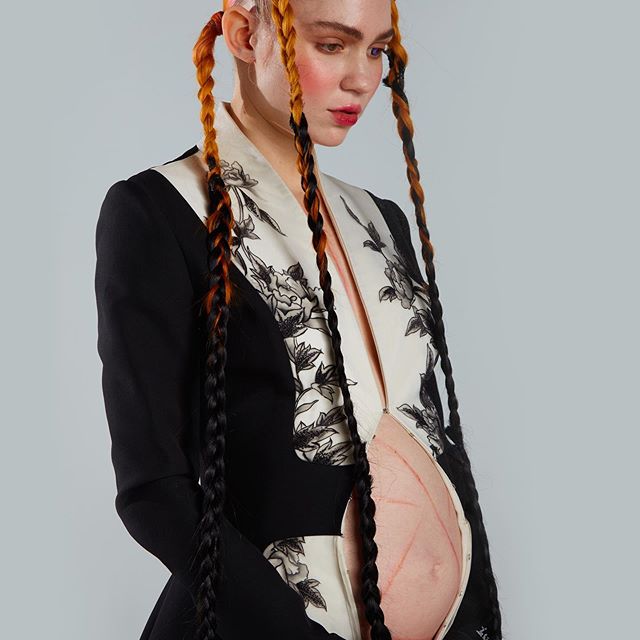 Claire “Grimes” Boucher wrote on the social network just before she was unfollowed:

“It is by will alone I set my mind in motion. It is by the juice of sapho that thoughts acquire speed.

“The lips acquire stains. The stains become a warning. It is by will alone I set my mind in motion.”

The Oblivion songstress – who still follows Elon – also has a broken heart emoji pinned to her account.

Fans of the superstar couple now believe the pair are no longer an item after the South African tech mogul hit the “unfollow” button. 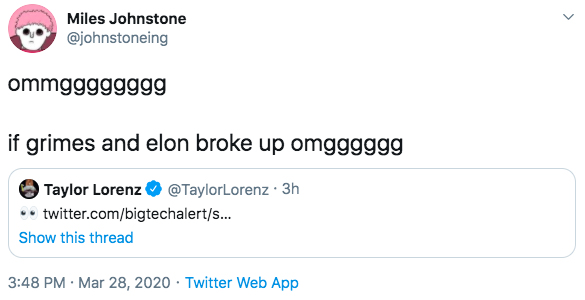 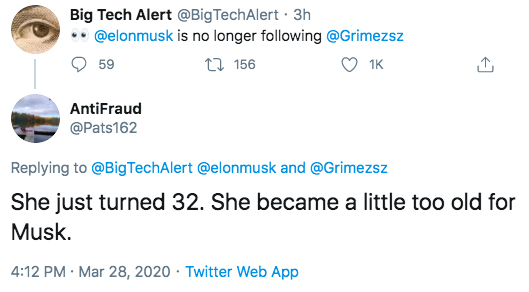 A Twitter user made a science joke: “Elon musk unfollowed grimes… looks like someone is gonna have to step in and be MISTER anthropocene.”

“She just turned 32. She became a little too old for Musk,” another noted of Elon’s history dating younger women.

Another stunned fan couldn’t believe it: “ommgggggggg if grimes and elon broke up omgggggg!”

“Grimes and elon have unfollowed each other 3 times before, I feel like they breakup and get back together often or just do this to troll idk,” a follower mentioned.

In January, she announced she was “knocked up” in a revealing photo which appeared to have a baby superimposed on her stomach. 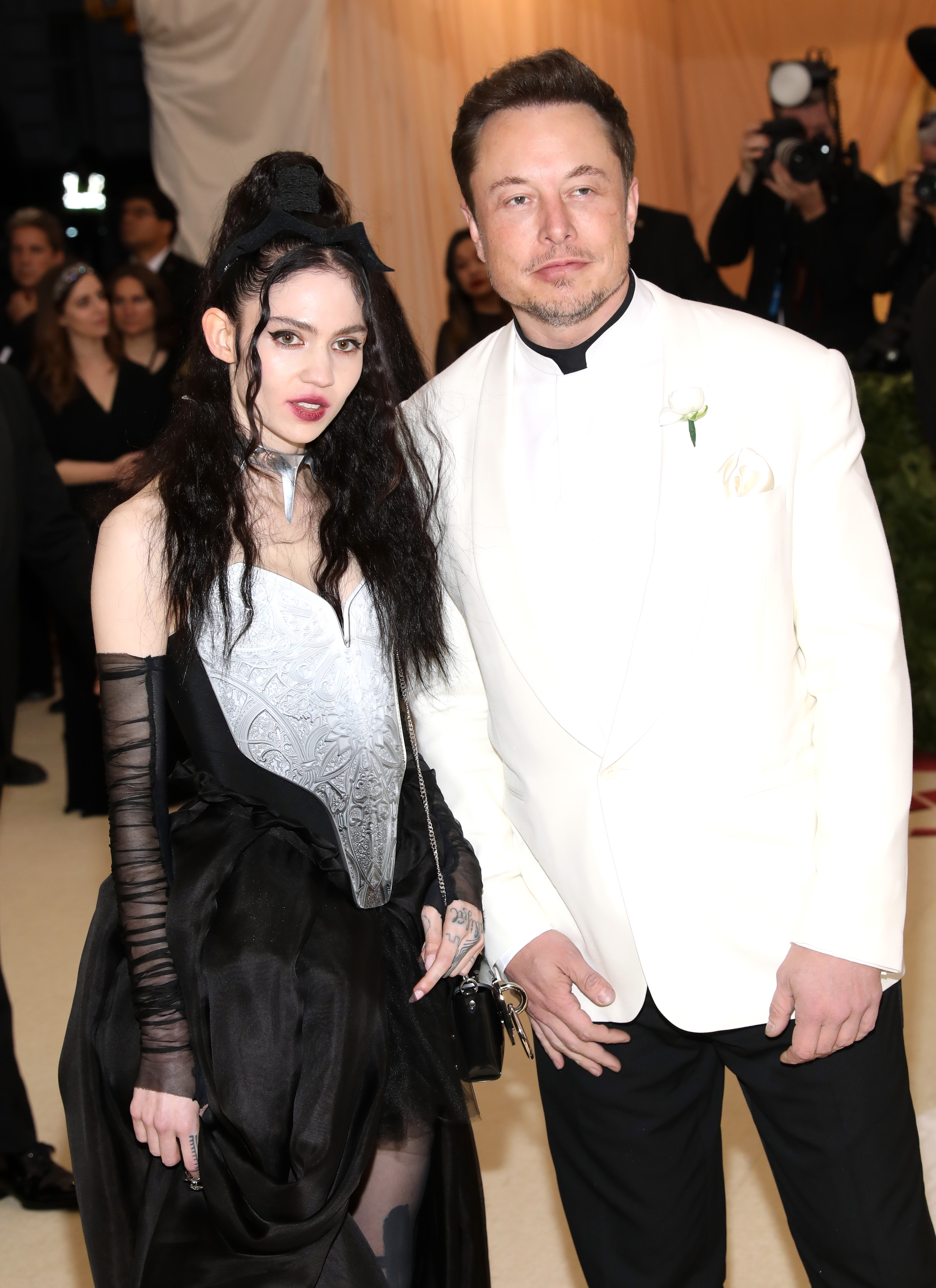 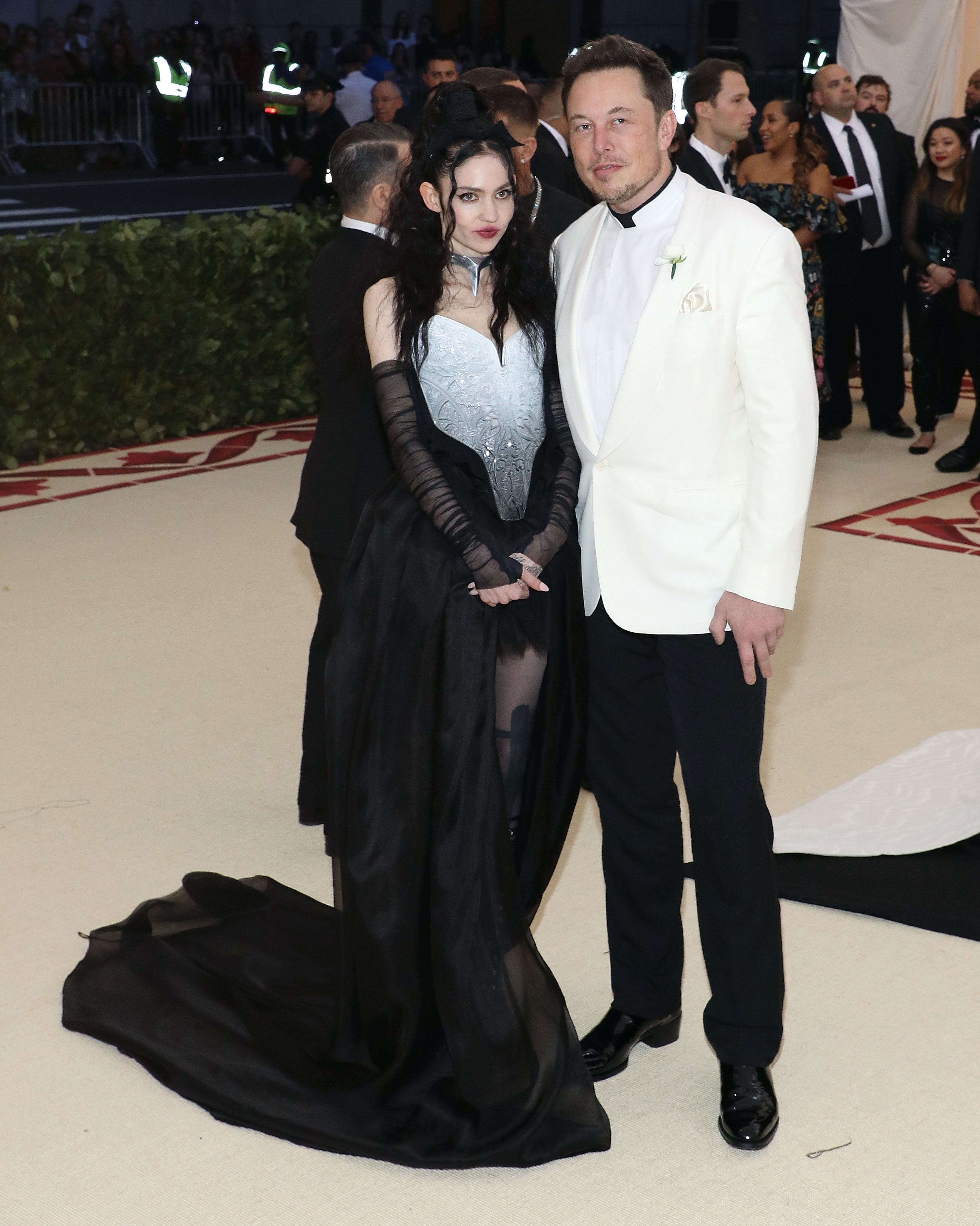 The Canadian singer and producer officially broke the news when she responded to an Instagram comment that pointed out her nipples were visible and wrote:

"I thought about censoring them for a hot minute haha (this may get taken down anyway). But the photo is so much less feral without the nipples.

“Plus being knocked up is a very feral & war-like state of being. Might as well be what it is,” the musician wrote on Instagram.

A few days later, the first-time-mom-to-be shared another pregnant shot of her belly – shown with drawing marks on it – taken by photographer Eli Russell Linnetz. 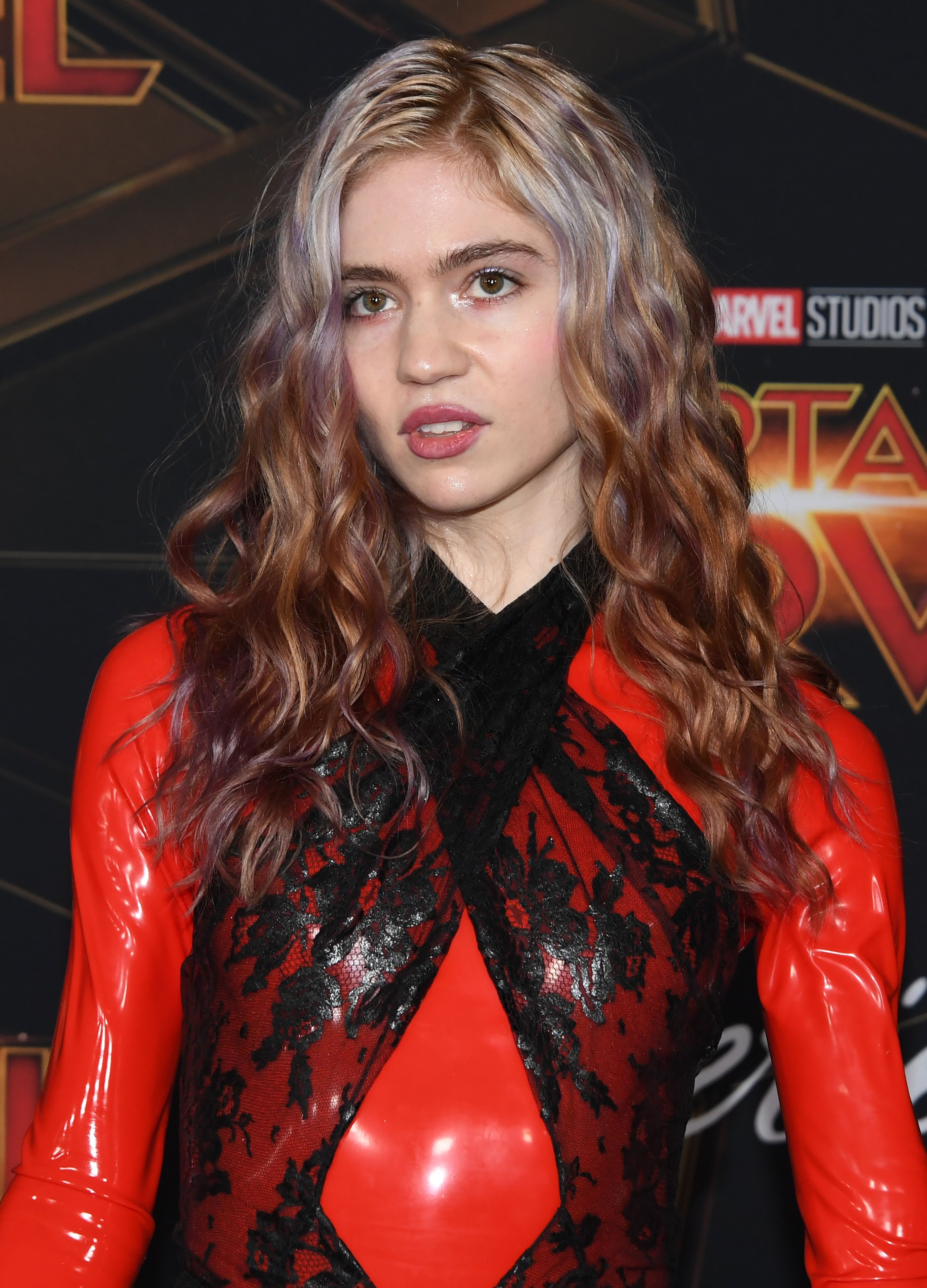 The Vancouver native revealed that she had "complications" at the onset of her pregnancy and started "to hurt everywhere" as she headed into the third trimester last month.

She wrote in February: "Fake or real? Haha. Wow I’m starting to feel bad haha… how do y’all cope with working and having a baby?? This whole thing has been a bit of an ordeal.

"Had some complications early on, a decent second trimester but starting to hurt everywhere at 25 wksz. What were yalls experience w this stuff like?

"I feel like I was woefully ill prepared cuz I dunno if pregnancy is as visible or discussed as it should be." 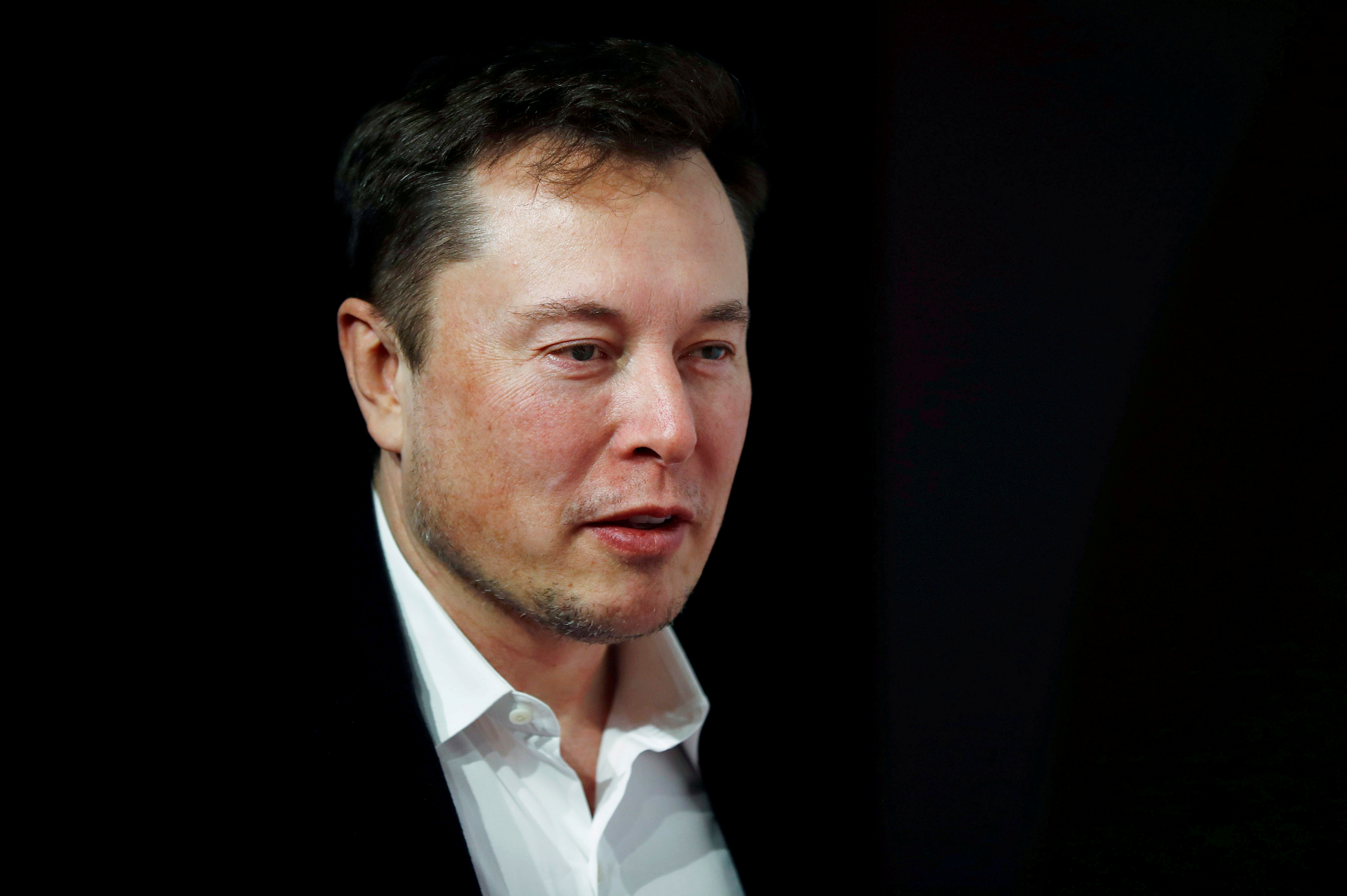 Grimes and the SpaceX CEO reportedly started dating in March 2018.

They made their first public appearance together at the Met Gala in New York City on May 7, 2018.

The child will be the first for Grimes but Elon already has five kids of his own – Nevada, Griffin, Kai, Xavier, Saxon, and Damien – with ex-wife Talulah Riley.