Elvis Presley spent much of his adult life living at his Graceland mansion in Memphis, Tennessee. And while fans can visit the house today, upstairs is not open to the public out of respect for The King, who died on toilet in the bathroom. Nevertheless, Elvis’ cousin and Memphis Mafia member Billy Smith has shared an insight into the star’s lavish bedroom.

Speaking on his son’s YouTube channel Memphis Mafia Kid, Billy said: “He had like a gold and black bedspread.

“His bedroom had red stuff mostly in it, a big chair.

“The nightstands were gold leaf and so were the lamps.”

But it’s how he had his TVs in the bedroom that was particularly extravagant in the most Elvis way possible. 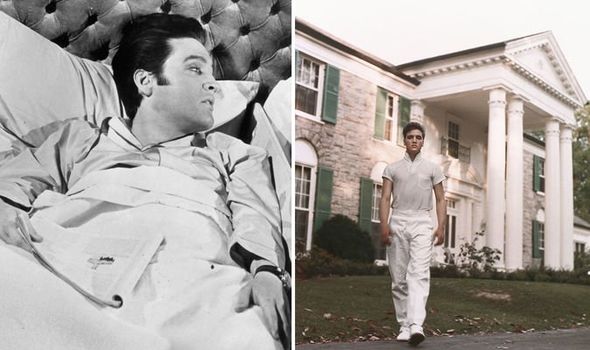 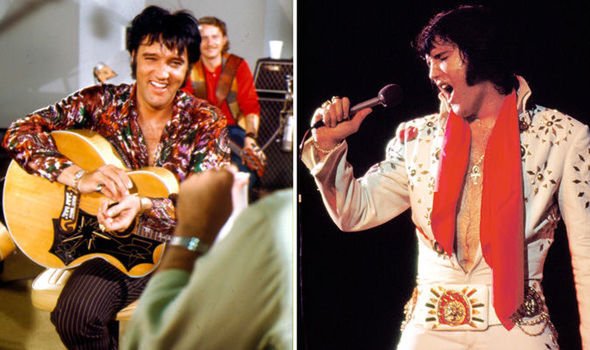 Billy continued: “Later he also had TVs put in the ceiling so if you [lay down and looked up on the bed] you could see TV [and] you’d never have to sit up.

His wife added: “And he also had a TV at the end of the bed.”

Billy added: “His bed was huge…it was a big, big bed.”

Apparently the bed was a custom made oversized king with dimensions of around 7 by 9, and had mirror behind it. 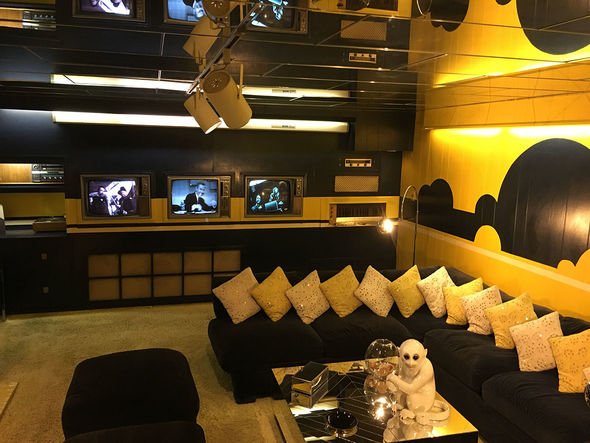 Billy’s wife added: “It was Elvis. It was what you’d figure Elvis would have.”

Fans will know these weren’t the only TVs The King had, with three in his TV room downstairs.

This was so Elvis could watch more than one programme on a different channel all at once.

The singer famously fired a gun at some of his TVs, with one of them on display across the road from the Graceland mansion to this day.

In another video, Billy answered why Elvis would shoot his TVs sometimes.

The King’s cousin said: “Most the time ‘cause he wanted to!

“It might be something he saw on TV or it might of been something that bothered him.

“A lot of times you had to wait a little later until Elvis kinda went through whatever was bothering him and then he would he would tell you.”

Elvis’ cousin continued: “I mean he could have been mad at somebody or something that happened and he would just…take it out on…and he shot several TVs now.

“A lot of times I found it funny because of [that’s] just the way he was.

“He responded quickly…[if] something was bothering him…it was y’know take the gun, boom!

“He never thought about it twice.”