Emmerdale fans tuned in to see the next development in Chas Dingle (played by Lucy Pargeter) and Paddy Dingle (Dominic Brunt) relationship drama. But many were left fuming by the way the Woolpack landlady spoke to the village vet.

Last week, Paddy was out with Marlon Dingle (Mark Charnock) when the latter started suffering from pains in his chest.

Thinking he was having a heart attack, Paddy drove his best friend to the emergency unit at hospital, and the pair of them ran inside in a blind panic.

In doing so, Paddy accidentally left baby Eve in her car seats sitting inside the vehicle alone, and it wasn’t long before a passerby noticed to small unattended baby.

Having rang the police, social services informed Paddy and Chas a visit from them would take place in the coming days. 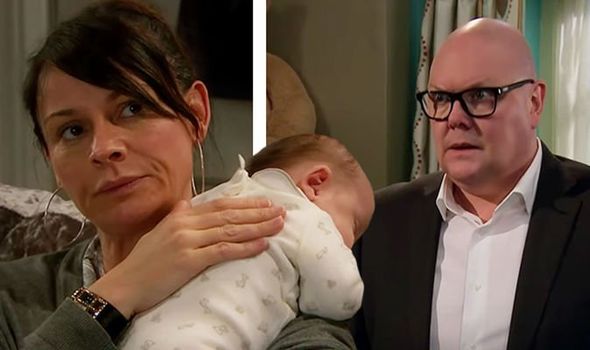 During last night’s instalment of the ITV soap, fans saw the strain Paddy’s oversight was having on his relationship with Chas.

Following Eve’s christening, Chas did everything she could to make sure Paddy spent no time with Eve one on one and this ensued an argument in front of the whole village.

Subsequently, Paddy spent the evening in his car and only returned after Marlon and Aaron Dingle (Danny Miller) convinced him otherwise.

But, it seems he couldn’t do everything right as tonight, the pair were at loggerheads with one another again after he missed their social services appointment. 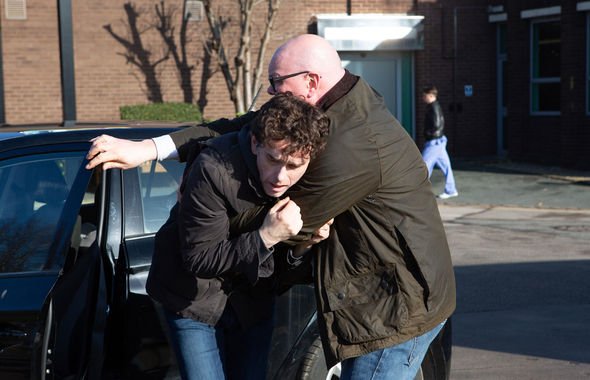 “Eve’s just gone down,” Chas said as Paddy walked through the door.

“Hence,” Paddy remarked pointing at the glass of wine Chas had in her hand, but she hit back: “Oh yes because that’s what I always do the moment she’s in her cot!”

“Look, Chas, I had loads of things to say but now I’m – you’ve been crying?” Paddy said.

“I called, and I called you Paddy,” Chas explained and Paddy said: “I’m here now.”

But this wasn’t good enough: “Only Aaron spoke to you hours ago, what have you been doing? I needed you here,” Chas said. 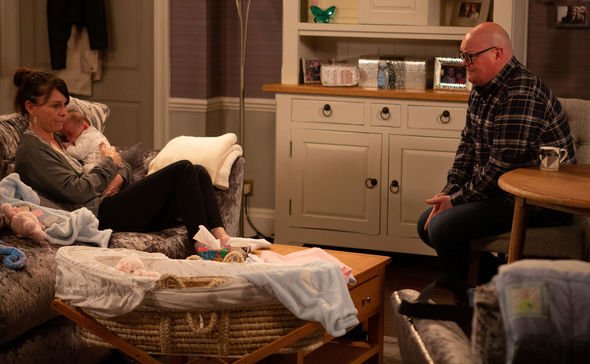 “Oh now you remember? I had forgotten they [social services] were coming too! At least until she turned up at the door,” Chas continued.

“I am so sorry,” Paddy remarked but his apology wasn’t good enough: “Oh that makes everything ok?” Chas said.

“I’m not saying that, but we’ll sort it!” Paddy pleaded.

“No the point is, we could’ve sorted it today if you had been here, I stalled and I stalled,” Chas shouted. “We had the chance to show we are good parents Paddy, but when the dad doesn’t even show his face how do you think that looks?

“This could’ve all been behind us – we could’ve been over it, but now they have no choice but to come back again. Barely five months in Paddy and we have already failed our little girl.”

“Poor Paddy having to deal with Chas on a daily basis #Emmerdale,” someone else remarked.

One viewer commented: “Seriously cannot stand Chas #emmerdale glad it ended when it did!”

“Poor Paddy can’t do right by Chas it seems!!! #emmerdale,” one wrote online.