Andrea Tate (played by Anna Nightingale) fled Emmerdale for the second time earlier this week after she spotted her husband, Jamie Tate (Alexander Lincoln) flirting with Belle Dingle (Eden Taylor-Draper). Realising nothing had changed and Jamie hadn’t missed her, she dropped their daughter Millie off at Home Farm and vanished. During tonight’s episode, viewers saw Andrea for the first time, but while her whereabouts were not disclosed, it seems she was battling with her emotions. What dark secret is she hiding in regards to her daughter?

Despite trying to win Jamie back and make him fall in love with her once more, Andrea failed.

She then decided to enact revenge and exposed Jamie and Belle’s affair to the whole village.

But it wasn’t long before Jamie realised what she had done and Andrea left, utterly embarrassed.

She couldn’t stay away from the Dales for long however, as she during her moment of fleeing, she didn’t pick up her purse or car keys. 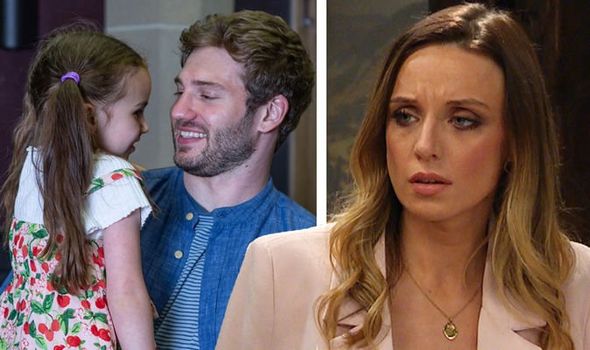 On Monday night, the Take A Vow employee returned only to come face to face with her estranged husband and his lover.

Deciding there was nothing left for her in the village, Andrea left alone this time.

Understandably, Jamie has been worried and during a scene which aired tonight, he barged in on her best friend Leyla Harding (Roxy Shahidi) demanding answers.

“Where is she?” He shouted and Leyla replied: “I don’t know!” 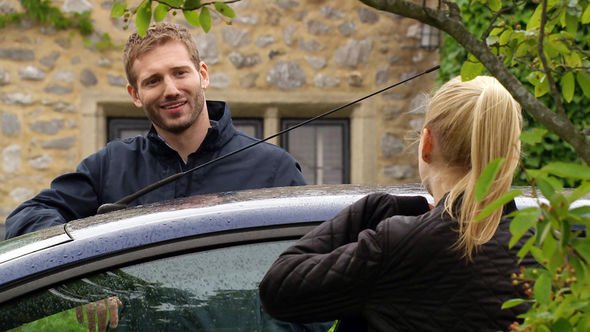 “I know you were hiding her, so don’t even try concocting some cover story!” The vet fumed.

And Jamie argued: “That’s before I realised you were plotting against me.”

“Plotting against you? Are you being serious? She came back here to sort everything out with you! And the first thing she sees is you – cosying up with Belle!” Leyla explained. 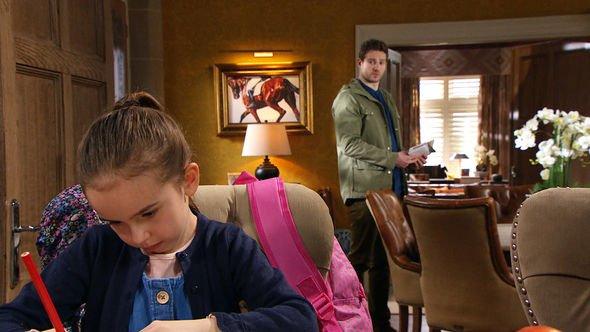 With Jamie expressing confusion, Leyla continued: “I was trying to get her to talk to you and I said if she didn’t I would.

“She was upset, she was really upset. She only stayed her one night and then she disappeared.

“Where is she then?” Jamie reiterated.

The next scene saw Andrea sitting on a bed holding a photo of Millie and crying.

Why was she so upset?

Perhaps this has something to do with her and Millie, more than her and Jamie.

There is always the possibility she may not be Millie’s biological mother and after realising Jamie no longer wants her, what is the point in sticking around the a child that isn’t hers either?