Since arriving in Emmerdale a few summers ago, fans have been left divided over Jamie Tate’s (played by Alexander Lincoln) character and behaviour. In recent scenes, he has found himself the culprit of Moira Barton’s (Natalie J Robb) hit and run and his estranged wife Andrea Tate (Anna Nightingale) has taken to blackmailing him in a bid to keep him from leaving her for his lover, Belle Dingle (Eden Taylor Draper). In upcoming scenes, Andrea will expose the truth of what happened that fateful night to Jamie’s mother, Kim Tate (Claire King). But those watching at home can’t help but wonder whether Jamie is Kim’s son after all, as they blast him for being unlike his mother and a “coward”.

In a preview clip released by ITV for Wednesday night’s episode of the soap, Kim is seen in conversation with Andrea.

“You’ve got it all wrong,” her daughter in law remarks.

Kim hit back: “Oh I don’t think so. Jamie’s always been a soft touch where you’re concerned.

“You knew he’d fall for your sob story, bail you out for Millie’s sake.”

“It wasn’t like that,” Andrea argued but Kim continued: “I told him this morning he needed to toughen up.” 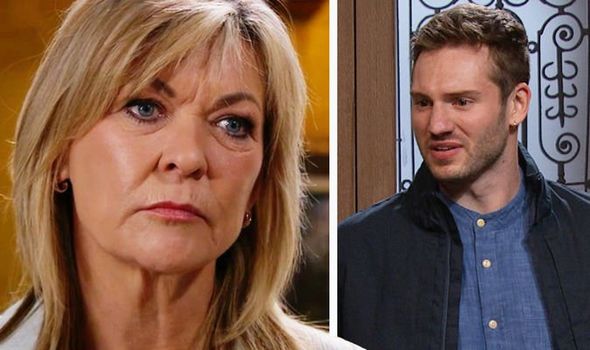 “Not if it means ending up like you,” Andrea savaged.

Kim commented: “Of all the people in the whole world, you had to run over Moira. Maybe Jamie hasn’t got the guts to do what’s needed to be done, but I have.”

And this caused Andrea to turn and storm off: “You need to back off – for his sake.”

Following after her, Kim said: “Don’t start whining Millie needs you, Jamie and I can look after her. You’re finished here, I’ll give you 24 hours to get out before I call the police.”

“If you call them if won’t be me that’s getting arrested,” Andrea stated and Kim replied: “Thinking you can talk your way out of it can you?

“I don’t need to, it wasn’t me that hit Moira, it was your precious son,” the mother of one shouted back leaving Kim stunned. 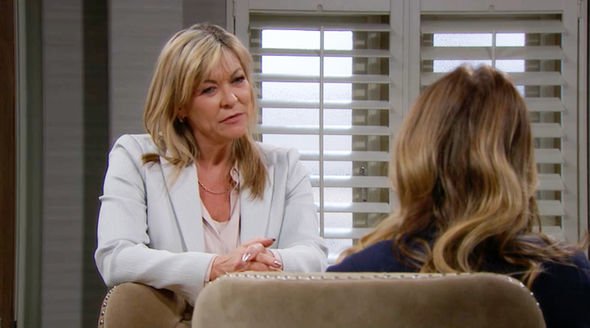 But the Home Farm owner is not the only one who is shocked by Jamie’s behaviour and viewers question whether he is really a Tate.

“I’m confused. Is Jamie the child of Frank and Kim?” Someone asked.

After another clarified the family tree, one went onto state: “Jamie is terrible. It is hard to believe he is a product of Frank and Kim he is such a drip.

“I can’t see Kim raising any child of hers to be as drippy as Jamie. Joe was more like I would have expected Jamie to be. 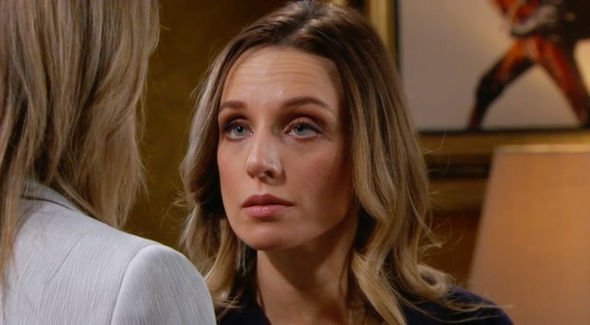 “You know it’s bad when you end up thinking Andrea would be more believable as Kim’s daughter if she had one than Jamie,” the comment concluded.

Someone else added: “A very boring character.”

While a third wrote: “Not just a wimp but also a liar and a coward – very disappointing!”

“I have found watching Jamie Tate on Emmerdale pretty unconvincing, at best,” another comment read.

“Frank and Kim Tate were/are strong, independent, charismatic characters. I’m not sure if it is the actor of the writing/storylines, but Jamie is such a dull, wooden character.” 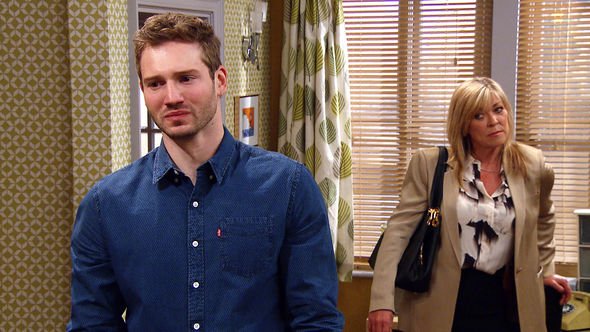 Perhaps Emmerdale writer’s are slowly building up to an epic plot twist, which sees Jamie’s biological link to Kim exposed as false.

After all, it does seem hard to imagine Kim – who has built herself up to be an indestructible force to be reckoned with – to have a son who possesses no gumption or strength.

As for what is going to happen with this storyline, speculation has been rife as to whether or not Kim will step in and bail her son out.

Viewers know she will fight to her death for Jamie, could she possibly strike a deal with Bulters Farm – in a bid to stop them from going under and keeping quiet about Jamie’s involvement in Moira’s accident?