Emmerdale’s Belle Dingle (played by Eden Taylor-Draper) and Jamie Tate (Alexander Lincoln) have been working hard to keep their relationship a secret in the fear Andrea Tate (Anna Nightingale) will take Millie (Willow Bell) away from him for good. However, it could be Millie who exposes their relationship after Jamie gave Belle a bracelet the little girl took a liking to.

Belle has had her fair share of unhealthy relationships during her time in the village starting in 2016 Belle when she had an affair with Jermaine Bailey (Micah Balfour).

However, at the time of the affair, she was already in a relationship with Lachlan White (Thomas Atkinson).

He took intimate photos of the pair, which he showed to Cain Dingle (Jeff Hordley), who gave Belle a stark warning about her actions.

Nevertheless Belle and the doctor continued their affair until they were exposed. Jermaine decided to leave the village but stayed when Belle revealed she was pregnant. 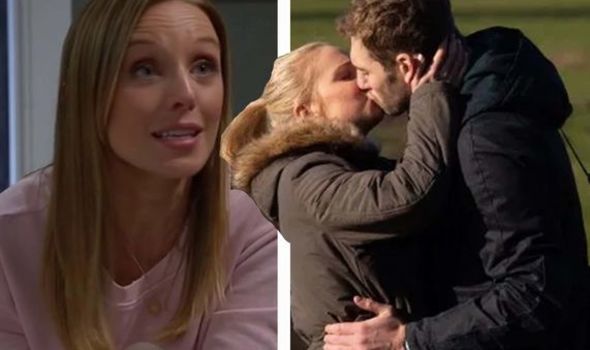 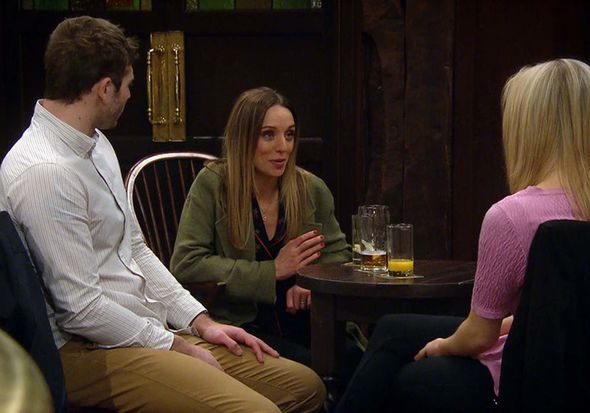 It wasn’t long before all her lies were exposed and she was forced to face her disappointed family. How are they going to react when they realise she has done it again?

Just a couple of weeks ago, Belle finally decided enough was enough and broke up with Ellis Chapman (Aaron Anthony) as Jamie continued to promise her some kind of future.

Not only this, Belle revealed her secret to Nate Robinson (Jurell Carter) who flew off the handle putting months of hard work at risk.

This week, Andrea desperately needed someone to look after Millie as she went into Hotten to pick up Easter eggs for her daughter. 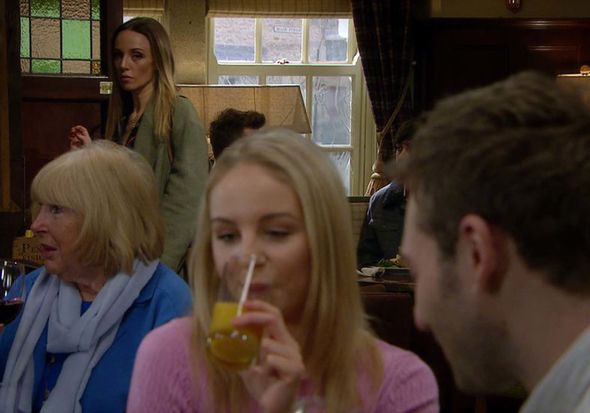 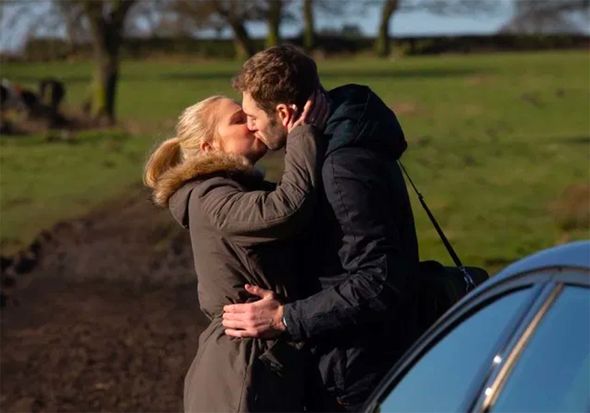 Jamie was already trying to make plans with Belle and later in the Woolpack, not knowing Andrea was looking for a babysitter, Belle mentioned to Chas Dingle (Lucy Pargeter) she was off to work.

When Belle finally met up with Jamie, he had a surprise for her and handed her a bracelet promising it would all get easier.

Andrea was fast behind Belle though and gatecrashed their moment, foisting Millie on them both.

Belle was left deflated at the idea of having to look after Millie, but the two quickly got on with the little girl asking to wear lipstick like Belle.

Millie started asking questions about Belle’s mum and the topic quickly moved on to the children at school whose parents were divorced.

But, when Millie asked Belle about her bracelet, this was one step too far for the veterinary assistant and she quickly made an excuse to leave.

After months of hiding away, could it actually be Millie who exposes the two if she mentions the bracelet to Andrea?

In upcoming scenes, Andrea’s suspicions will be raised when she spies Belle and Jamie in the Woolpack having a drink together.

However, when she spots them declaring their love for each other, she will start playing games with the secret lovers.

Could Millie mentioning the bracelet be the catalyst sparking Andrea’s new suspicions?
Eden, who plays Belle, said things are about to get “catty” between the women.

She explained: “Andrea has definitely got a nasty streak but I think Belle is up for that challenge.

“When it comes down to it, they both want to fight for their man and I think it could get quite nasty. Belle’s a Dingle and she definitely would think she could win.”

Emmerdale airs on ITV Mondays, Wednesdays and Fridays at 7pm.