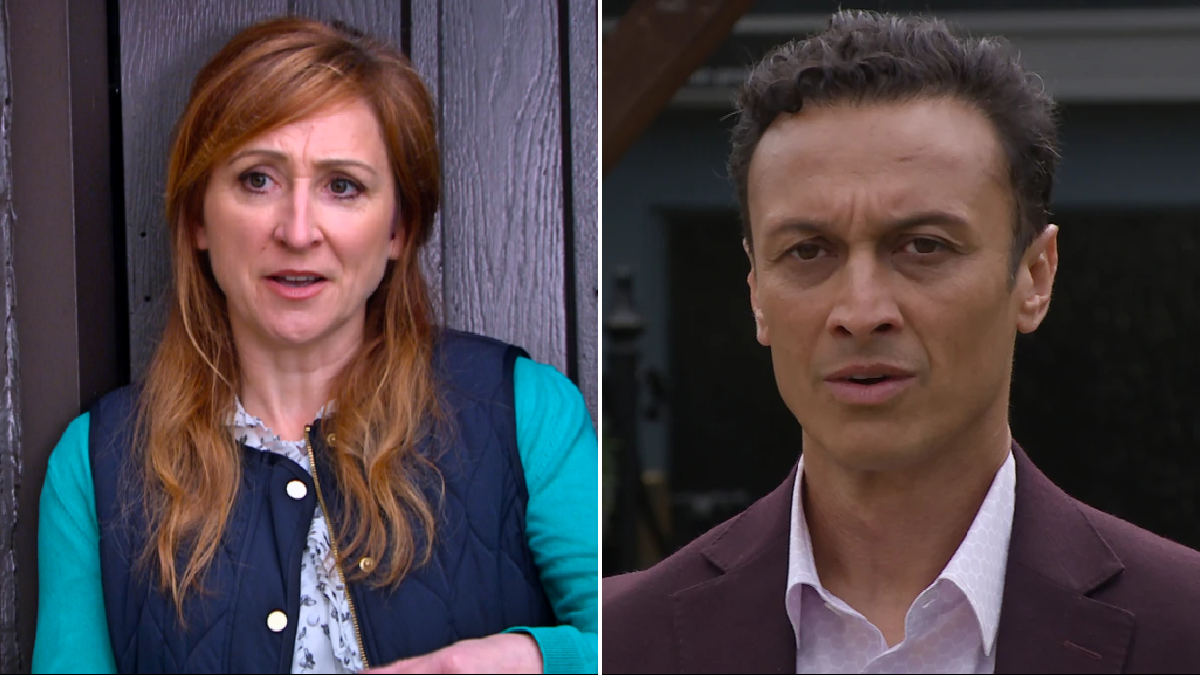 Just as Laurel (Charlotte Bellamy) and Jai (Chris Bisson) were about to get back together in Emmerdale, Laurel found drugs on a chair in Take a Vow and assumed they belonged to Jai. They broke up again, with Laurel convinced Jai was using again and Jai outraged that she wouldn’t trust him or take his word that he’s innocent.

Of course he drugs belonged to Suzy (Martelle Edinborough) and Leyla (Roxy Shahidi) and poor Jai was – on that occasion – innocent.

And, as Suzy’s involvement with drugs and particularly in the death of Holly Barton comes out, could this be the moment that Laurel will finally see that she misjudged Jai?

In the end it’s Matty (Ash Palmisciano) who reveals the truth behind the coke that Laurel found at Take A Vow, saying that it belonged to Suzy. Matty despises Suzy for what happened to his sister and Laurel attempts to calm him down.

Laurel decides she needs to talk to Jai about what she’s just found out. Will their relationship get back on a friendly footing now that she knows Jai is innocent?

Or will he be too hurt that she didn’t believe him in the first place?