Grey's Anatomy fans were shocked earlier this year when it was announced that Justin Chambers, one of the show's original cast members, would be leaving his role in the middle of the current season. In fact, once we learned the news, his final episode had already aired.

“There’s no good time to say goodbye to a show and character that’s defined so much of my life for the past 15 years,” Chambers (a.k.a Alex Karev) said. “For some time now, however, I have hoped to diversify my acting roles and career choices. And, as I turn 50 and am blessed with my remarkable, supportive wife and five wonderful children, now is that time.”

What would become of Alex Karev? How would the show handle a pivotal character's seemingly sudden departure? Of the original group of surgical interns we first met back in 2005, only Karev and Meredith Grey (Ellen Pompeo) remained—along with two of their mentors, Dr. Miranda Bailey (Chandra Wilson) and Dr. Richard Webber (James Pickens Jr.). This being Grey's Anatomy, really any plot twist was on the table, including an offscreen death, which many fans feared.

But Grey's had a happier ending in mind, or at least some longtime fans will see it that way. We learned last week that Karev was not actually taking care of his sick mother, as he had told Meredith and his wife, Jo (Camilla Luddington). Nope, he was actually reunited with none other than his long lost love and first wife, Izzie Stevens (Katherine Heigl). 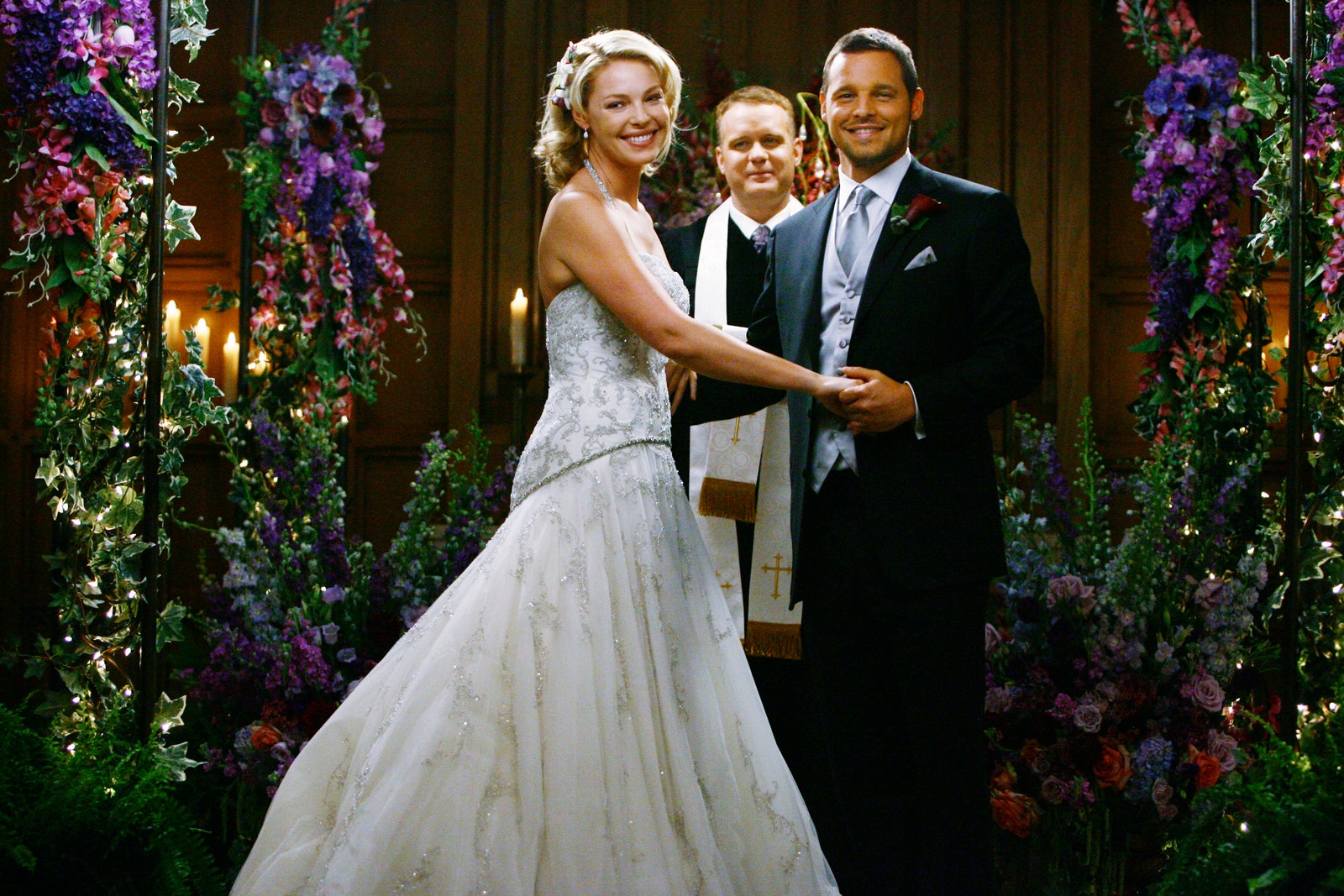 We learned all of this by way of letters Karev sent to Meredith, Bailey, and Jo. He revealed that he called Izzie when he was rallying the troops to help save Meredith's medical license earlier this season. (After surviving cancer, Izzie left Alex heartbroken and ran off to parts unknown in season six. He eventually married Jo.) They got to talking, and Izzie told him she had used the embryos they created during her cancer battle and given birth to twins, Eli and Alexis. The couple rekindled their relationship and he moved to Kansas to be with Izzie and raise their children. ‘I’m finally exactly where I should be. I never had that before,” Karev wrote, talking about giving his children the stable childhood and family he never had.

Did Alex's decision seem to erase some of the character development we've seen, especially related to his relationship with Jo? Sure, and it will surely upset some. “You’re more than a letter. This right here, this cowardice, this letter, it’s officially the worst thing I’ve ever done,” he wrote. “I can’t lie to you and pretend the truth isn’t the truth. That I love you, and I love Izzie. But if it was just me missing her or nostalgia or whatever, I would have been able to walk away and come back to you. But Izzie had my kids, and I know you get what that really means.”

But for longtime fans of the show who've dreamed of Izzie and Alex together again, it was a fairy tale ending. We didn't see any new footage featuring Chambers or Heigl, though we did see the kids, and Chambers provided a voiceover for the letters he mailed. Instead, viewers were treated to many amazing flashbacks of pivotal Karev moments from over the years, all the way back to his days as "evil spawn." It was so great to see all of our favorites again (hi, Cristina!)

Also, the door isn't completely closed for a return for Alex Karev—and now Izzie Stevens, too.

“It is nearly impossible to say goodbye to Alex Karev,” showrunner Krista Vernoff said in a statement to Deadline. “That is as true for me and for all of the writers at Grey’s Anatomy as it is for the fans. We have loved writing Alex. And we have loved watching Justin Chambers’ nuanced portrayal of him. For 16 seasons, 16 years, we have grown up alongside Alex Karev. We have been frustrated by his limitations and we have been inspired by his growth and we have come to love him deeply and to think of him as one of our very best friends. We will miss him terribly. And we will always be grateful for his impact, on our show, on our hearts, on our fans, on the world.”

Farewell, Karev. I hope you and Izzie are very happy together on that farm in Kansas.