With everything going on in the world right now, including a lot of our favorite TV shows being put on hold, at least Peter Weber's season of The Bachelor keeps delivering drama. (Please remember that it ended weeks ago.) After proposing to Hannah Ann Sluss, breaking that off, reuniting with Madison Prewett, breaking that off, and getting caught on camera with Kelley Flanagan when he should be social distancing, there's enough drama going on in Bachelor Nation to distract us for at least another week. This doesn't even include the Hannah Brown and Tyler Cameron of it all.

As recently as March 25, TMZ posted photos of Weber hanging out with Flanagan in Chicago. He’s even pictured carrying her over his shoulder in one shot. “Folks who saw them tell us Pete was super-flirty and very handsy with Kelley,” the website reported.

Now, Sluss is indirectly commenting on Weber's actions through her Twitter "likes." “Raise hands if you knew Peter was a f*ckboi and are not surprised Peter’s now hooking up with a third woman from his season after it ended," said one tweet that Sluss has "liked." 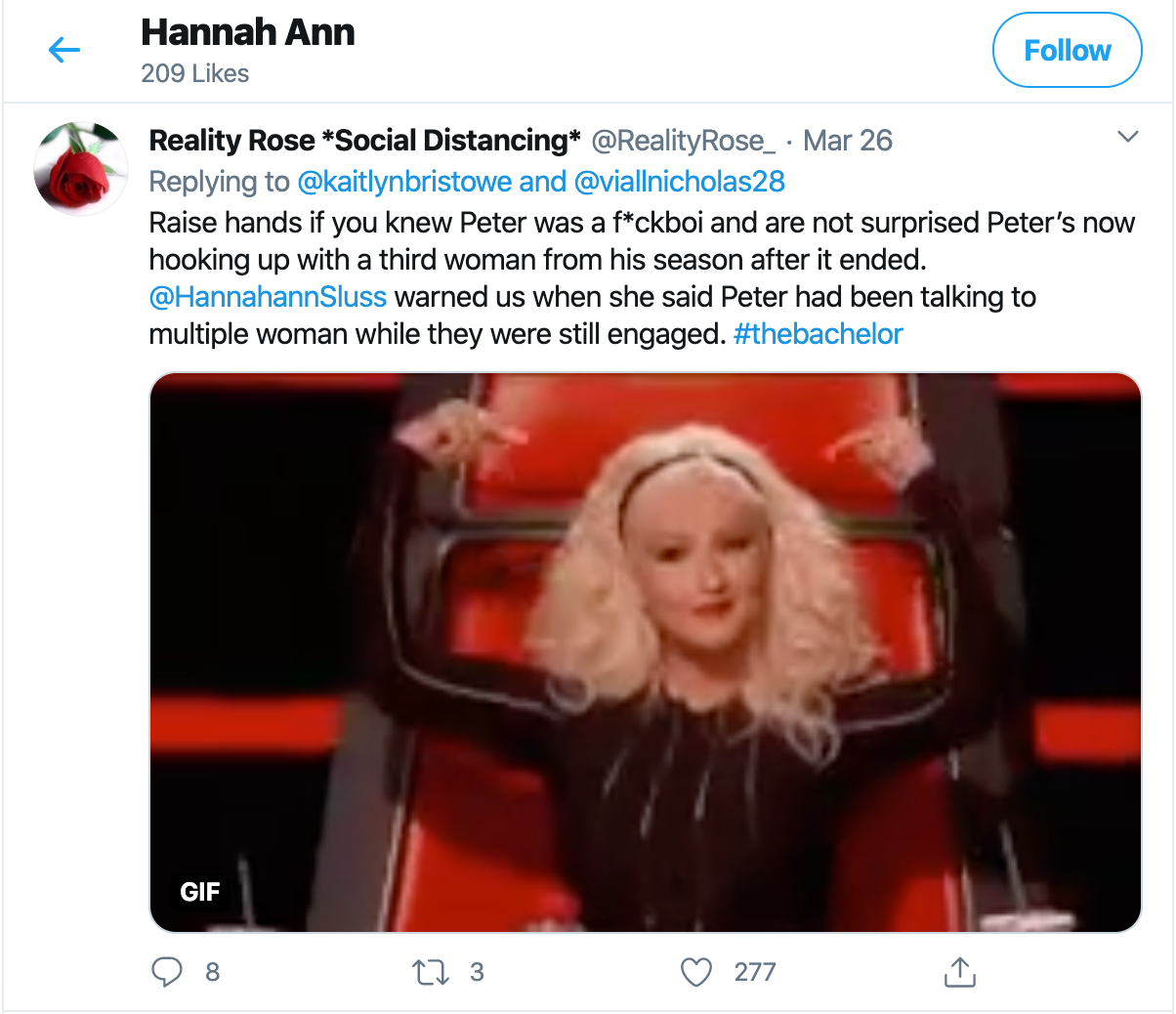 The tweet continues, "@HannahannSluss warned us when she said Peter had been talking to multiple woman while they were still engaged. #thebachelor.” Sluss "liked" a response to this that says, "And apparently one of those women might have been her friend… ouch well at least she walked out of it like a QUEEN so kudos Hannah."

These tweets are not the only way Hannah Ann Sluss is showing her, um, displeasure with Peter Weber. Cosmopolitan reported on March 26 that Sluss purged her Instagram of all photos of Weber and their time on The Bachelor. While that could have been an aesthetic choice, another one of her "liked" tweets suggests otherwise.

Tune in daily for the next round of drama…